Once again, we return to London’s South Bank for the annual BFI London Film Festival. Many of the year’s hottest tickets have already made their debuts at other festivals, including the Palme d’Or winner Titane; the awards-touted Spencer, Pablo Larrain’s follow up to his previous success, Jackie; Paul Verhoeven’s titillating and controversy-courting Benedetta; Wes Anderson’s long-delayed The French Dispatch; and Edgar Wright’s lurid giallo homage Last Night in Soho. As ever, the festival will also play host to some exciting new premieres and re-releases. The first day of press screenings is a varied showcase of world cinema, including Joana Hadjithomas and Khalil Joreige’s drama Memory Box, and Ferit Karahan’s Turkish drama Brother’s Keeper. 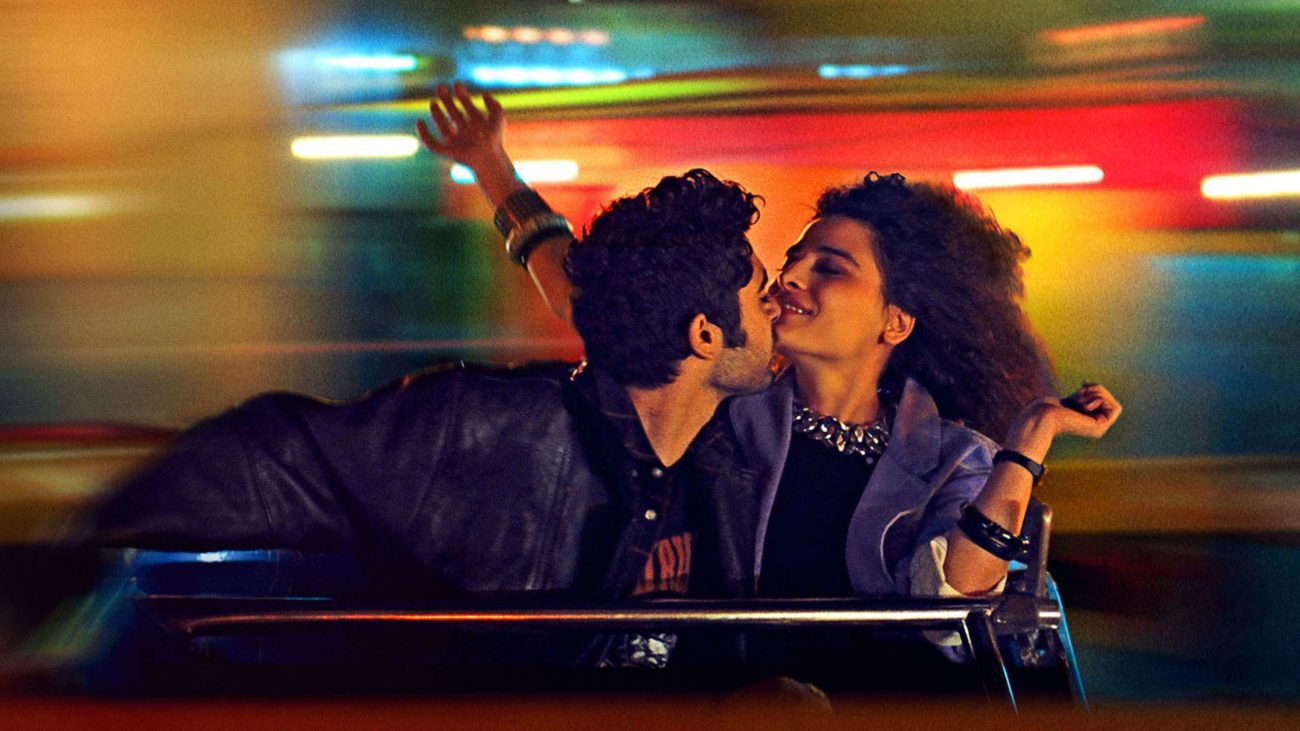 Described as “freely adapted from the correspondence of Joana Hadjithomas,” Memory Box is an unsentimental Quebecois-Lebanese melodrama that runs the coming of ages of two generations of the same family. The film forms a personal and upbeat portrait of an exilic identity forged when a Lebanese family fled Beirut to make a new life in Canada. It also proffers a tender and vivid exploration of the purpose of documentation, with photography, diary and audiotapes combining into a proto-cinematic documentary vision of its protagonist’s adolescence.

Canadian teenager Alex (Paloma Vauthier) is enduring another boring Christmas at home with her mother Maia (Rim Turki) and grandmother Téta (Clémence Sabbagh) when Maia receives an unexpected delivery: a large box full of personal effects and correspondence she wrote to one of her friends in the mid ’80s during the Lebanon War. Téta immediately retreats from any reminiscences upon that era, while Alex is thrilled to suddenly have a window into the completely different person that her mother was at her age, secretively pawing over a treasure trove of memories. Meanwhile, Maia wrestles with her feelings, the box dredging up grief and longing she has kept long buried.

The film blends personal and national history in a way that may feel familiar to those familiar with other takes on similar histories like Persepolis and Waltz with Bashir, but the film rejects both the histrionic coincidences of a film like Incendies and its bleak tone. Where Memory Box feels especially adept is in how fragrant and vivid it makes its nostalgic reflections. The titular memory box is a collection of many photographs and audiotapes which, when recombined by Alex—and the filmmakers—form a protean form of personal cinema, which the film realises via pseudo-animated sequences that are a brilliant expression of the paradoxical remoteness and intimacy of both photographs and memories.

These sequences slowly evolve into fully fledged flashbacks and eventually an entire parallel narrative, following the younger Maia (Manal Issa) in the throes of first love with a young rebel named Raja (Hassan Akil). In slipping back and forth in time, Memory Box makes the events of the past accessible, without ever feeling as if it’s fabricating a period setting. The experience is more akin to watching a documentary as the artifacts come to life before your eyes. There’s also a playful knowingness in how the film ties her mother’s artefacts into Alex’s use of social media to connect with her absent friends, passing her discoveries on down the line as the snapshots of the past their online communiqués will eventually be.

The film incorporates pop culture ephemera into its evocation of the past but doesn’t overdo it and turn itself into a shallow, best of the ’80s clip show. These choices are specific enough to feel real—as when two young lovers are caught out at a screening of Brian de Palma’s Phantom of the Paradise—and accessible enough to allow the audience to share their cultural relevance, tying them to specific moments within the characters’ stories.

The film doesn’t feel overly sentimental in its backwards gaze, nor does it become a succession of tragedy and outrage. Instead, Memory Box combines these things into a muted and thoughtful collage that aims to present a rich and human portrait of its subjects, remaining approachable and empathetic without diluting the character’s experiences.

The most widely celebrated chronicler of Anatolian society and personal struggles is Nuri Bilge Ceylan, and it’s unlikely that his works will be far from your mind as you watch Brother’s Keeper, a frosty and forbidding little outpouring of social criticism and frustration. The film is set in a remote rural boarding school; the pupils are reminded how lucky they are to be there, yet it’s a draconian institution run more like a borstal than a house of learning. The film functions as an exposé on how fragile an institution run on self-interest, blame-shifting, nationalist rhetoric and a disturbing lack of empathy is, where one small act by the innocents at the bottom of its social ladder can reveal it at its worst. 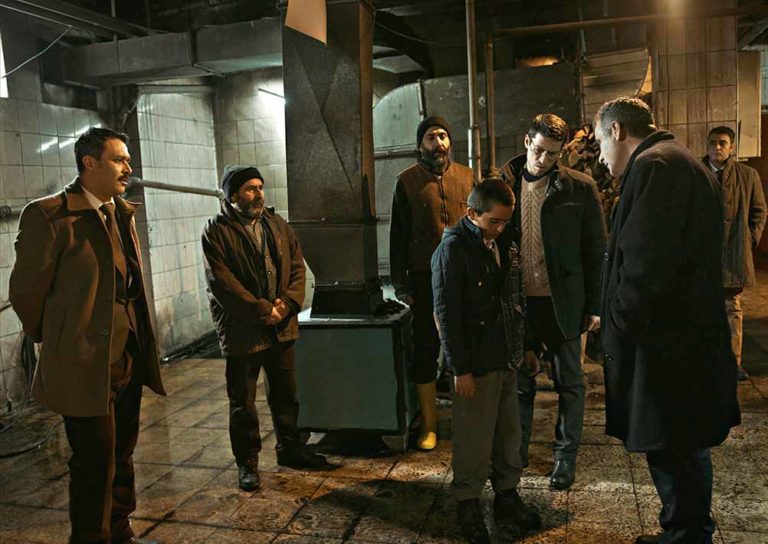 This small act occurs when some of the school’s young charges quarrel in the showers and the attending teacher orders them to bathe in cold water—and this in the unforgiving Anatolian winter. When one of these boys, Memo (Nurullah Alara), falls grievously ill the next morning and his bunkmate Yusuf (Samet Yildiaz) seeks medical assistance, the teachers are slow to recognise the gravity of the situation and once they have, they are quick to avert blame elsewhere. Moving up the chain of command, each adult on site seems more callous and clueless than the last, each one deferring responsibility, prioritising their own short term concerns and ignoring the potential consequences. All this is witnessed, along with us, by the young Yusuf, his eyes burning ever darker with upset, frustration, rage and guilt and it’s his emotional connection and desire to see Memo well that the audience are left to cling to.

Despite the clear far reach of its themes and its “it takes a village…” allegory, the film remains small scale and intimate, and ultimately feels rather anticlimactic. Even at just over eighty minutes, it does feel a little overstretched and repetitive, with a late in the game twist that ultimately adds little beyond refocusing the film’s themes away from societal ones and towards more personal ones. This, I don’t think, is playing to the film’s clear strengths; there’s a definite power in its social frustration and the sense of isolation it creates in the remote school. The atmosphere of malignant cold reflects the callous demeanour of the authorities and the way it erodes the institution itself, with door locks icing over and windows cracking from the bitter cold. One of the film’s few flourishes of humour comes in the form of a running gag where staff members repeatedly slip on the icy floor as they enter the sickroom outbuilding. One after another, they lose their balance and flounder for a moment, then move on and leave it for the next unfortunate person to discover. It’s a witty motif that encapsulates the culture of inefficiency as neatly as any of the film’s bitter rage.