Doctor Who S13E2, “War of the Sontarans” started out as a fun showcase for one of the most easily dismissed Doctor Who villains, until it got bogged down in the season arc. When the Doctor (Jodie Whittaker) and Dan (John Bishop) were facing off against the war-loving aliens from the Doctor’s past the show was a fun, though incredibly silly, semi-historical romp. In sharp contrast, when the focus shifted to Yaz (Mandip Gil) and Vinder (Jacob Anderson) wandering through the Temple of Atropos and being interrogated by floating pyramids, all the momentum came to a screeching halt.

The Sontarans are one of the most surprising regular carryovers to the modern era of the show. The “potato headed” alien clones bent on war are a one note difficult sell for a viewing audience that tends to prefer at least a hint of subtlety and nuance. (Or barring all that, at least give them “ex-ter-mi-nation.”) When Russell T. Davies reintroduced the Sontarans in series 4, they had been updated to a slick and modern version of the classic misshapen blobs. This look was retained under Steven Moffat when Strax became a recurring character. Chibnall’s Sontarans are much closer to their roots. The heads are misshapen bulbous masses and their uniforms are steely and simplistic. These simplistic and primitive aspects of the production design actually seem to work in the favor of the Sontarans as characters. And, thankfully, the great Dan Starkey (who played Strax and other Sontarans previously) returns to the show to play the Sontaran Commander, Svild.

The Sontarans remain, as always, a mix of awesome warriors and complete incompetence. The idea that they are so easily defeated by a blow to the back of the neck makes for some fun comedic moments. But the pure slapstick of that, especially when it is  juxtaposed with them massacring people wholesale, is a jarring contradiction. The concept of the Sontarans, as they are so often depicted, can certainly be silly, but in order to care about them as villains it has to be limited. Having Dan and his parents whacking them with a wok is fun, but ultimately it just exacerbates their limitations as villains.

Of course the real villain of S13E2 is the all too human General Logan (Gerald Kyd). Logan is the classic disbeliever. Driven by his devotion to violence as the answer to all the issues he faces, he refuses to accept the Doctor’s pleas that might save his troops. And so he leads them all into a slaughter. The Sontaran army easily tears through the troops, with Logan himself only surviving by pretending to be a dead body on the battlefield. Ultimately he has no redemption, blowing up the retreating Sontaran army at the end. Though, as so often happened in the Capaldi era, the writer’s insistence on the Doctor’s pacifism make her own actions make very little sense. She, or even Dan, can kill all the Sontarans they need to save the day, but when General Logan does it it is supposed to be obviously wrong.

Even as a person inclined to side with the pacifists, this never sits right with me. The Doctor’s position may be justified, but the Doctor is just as willing to be a killer when she thinks she is right as any soldier. There are some really interesting questions to be asked about the nature of war and the justification of violence for the sake of justice, but the show is never willing or able to delve into those issues on more than a surface level.

In order to save the universe the Doctor has often had to make difficult decisions. And even as the Doctor has never loved killing, she has always reached a point where the battle at hand overwhelms her morality. Stories from “The Genesis of the Daleks” to the “The Parting of the Ways”, straight through “Revolution of the Daleks” (and even some stories not dealing with the Daleks) all dance on the edges of the conflict, and in the best of them the conflict is tangible for both the Doctor and the viewer.

In S13E2 though, General Logan is presented as incredibly misguided not just because he insisted on killing off the retreating enemy, which the Doctor has hated at least from the days of Harriet Jones, but because he doesn’t value the lives of his own troops. That is the more egregious sin. The leader who will not see that some causes are lost and it is a waste of his people and a misuse of his position to push into such a certain death is never going to be a hero.

The heroism is saved for the latest of the Chibnall era’s real historical figures to get the spotlight, Mary Seacole (Sara Powell). Like so many of the other recent historical episodes the opportunity is taken to shine a light on a lesser known character, as Seacole’s role in the story would have probably been given to Florence Nightingale in previous eras. There are several great things about focusing on a lesser known figure, first and foremost being that simply acknowledging and elevating stories of people of color is a worthy thing in and of itself. But beyond that, it allows the character to have the benefits of a real backstory while still being free from unrealistic expectations based on what the audience already thinks about the character. This makes Seacole a reasonable and realistic companion for the Doctor. 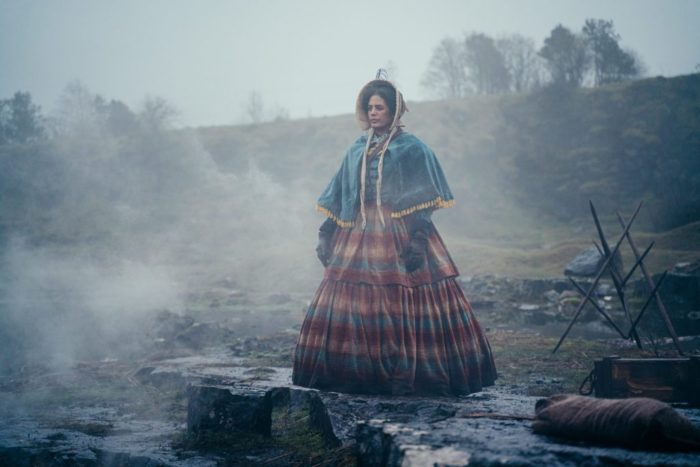 Powell and Whittaker also play well off of each other. The two are paired in the very few quieter scenes of the Sontaran plotline of S13E2, allowing them more time to actually bond than the show has allowed the Doctor to have with her companions. Powell was able to infuse Seacole with a sense of purpose, even though the story really didn’t have her do very much. There is also something about the way Whittaker has the Doctor express genuine wonder at actually getting to work with figures like Seacole that really make the interactions work.

S13E2 leaned heavily into the separation of the storylines, while the Doctor and Seacole were dealing with the Sontarans during the Crimean War, Yaz and Dan were both off on their entirely separate adventures. It often works to the show’s advantage to have the characters separated so they can build relationships with other characters and come together at the end. But, particularly with Dan having just joined the team, it seemed off to have this happen this early in the new season.

Instead of actually having an adventure with the Doctor, Dan was sent back to “present day” Liverpool, and wound up having his own Sontaran adventure, with his parents. Bishop plays Dan Lewis with a downtrodden grace that is really interesting, but this introduction of his loving but somewhat bumbling parents really undercuts it. It seems odd that this would have been the family situation that led to his particular circumstances in the season premiere. They also play deeply into more slapstick elements throughout this storyline. Dan’s dad gives him the wok and they all tiptoe avoiding Sontarans, including at one point poking their heads up while hiding in their car as carnage unfolds all around. It is all silly and fun, but it really does not fit the show.

Unfortunately, Yaz’s adventures on the planet Time, while far less slapstick, are not more entertaining. The spare sets and glitching bodies of the temple priests have a very classic Doctor Who vibe, but they slow the momentum of the show to an absolute crawl. The floating pyramid shaped keepers of the temple keep asking the same questions over and over as new people arrive. But neither Yaz nor eventual arrival Vinder have any ability to answer their questions or move the plot along. The arrival of Swarm (Sam Spruell), his sister Azure (Rochenda Sandall), and their strange assistant, Passenger (Jonny Mathers), finally moves the story ahead, and their particular brand of over the top evil is a welcome diversion once they arrive. But it comes far too late to save the rest of the overwraught temple storyline.

The Doctor, Dan, and Karvanista (Craig Els, who arrives and once again saves Dan) finally show up in the temple of Time near the end, and the interactions between the Doctor and Swarm set up some fun potential for the rest of the season. The slinky slithering foppishness with which Sam Spruell plays Swarm adds a lot of charm to the scenes, especially juxtaposed to Whittaker’s incredibly earnest Doctor. The episode also ends in a legitimate cliffhanger, which loses its mystery with the trailer immediately following the show, but is still a welcome thing on a show that was once built to always tie together.

All things considered, S13E2 “War of the Sontarans” worked well enough. Like so many of the Chibnall era episodes, it still seemed to be missing that intangible quality that makes the best of Doctor Who memorable. Whittaker’s Doctor has, from her first moments, had some of the most interesting interactions of any iteration of the character. Once again here, her relationship with Mary Seacole allowed her to shine. But none of that spark carries over to the season arching storyline. The show seems to spin its wheels, afraid to delve too deeply into the main plot and absolutely loathe to deepen the relationships between the main characters. And so the Whittaker era continues to churn along toward its conclusion, but never seems to be allowed to reach its full potential.