This feature started a few years ago with a simple idea: to harness the collective taste of our writers and provide you recommendations each week. I’ve always hoped that some of you would get into the habit of checking for it regularly, that it would give you the opportunity to get to know us a little better, and that we could all help each other figure out what things out there in this noisy postmodern world were really worthy of our time.

Each week you’ll find a group of us who’ve assembled to share what we’re into at the moment. These things may not always be new to the world, but that’s not the point. This is more like sitting with some friends at a bar and talking about what you’ve been watching.

I hope you will join us each week to see what we’re recommending you check out. Sometimes it will be TV, other times podcasts, YouTube channels, books, music, films or other things of potential interest. And you’ll be sure to get some personal anecdotes along the way.

As for me, I’m still hung up this week on Yellowjackets. It’s great and you should watch it. Then we can talk about it over dinner…in a circle…around a fire…in the woods…

Book Recommendation — The Only Good Indians by Stephen Graham Jones

Christopher Pilbeam: I read The Only Good Indians because I am interested in allegorical horror—this novel makes a strong argument that the future of the genre belongs to minority voices. Jones evokes fear in the reader to communicate the protagonists’ nuanced inner conflict about their Native American identity. His prose style is smooth and artfully laconic, and in passages he utilises second person perspective to serve both the creep-factor and the allegory.

An important element of this story is the meeting of tradition and culture with modernisation—I think this is outwardly reflected in the style of the novel, because in many ways The Only Good Indians is a classic gothic tale of revenge, while also taking cues from modern horror (it reminds me, for example, of Jordan Peele’s work). I would recommend this novel if you’re looking to walk in someone else’s shoes, and get scared sockless while you’re doing it. 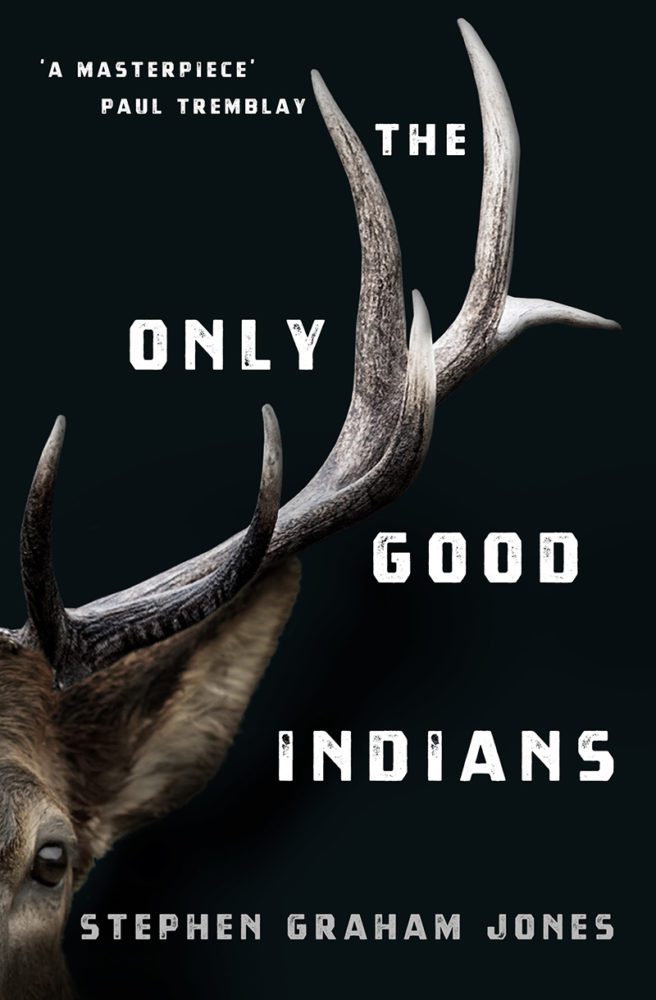 Music Recommendation — Damn! That Was Easy by The Lucid Furs

Steve Swift: The Lucid Furs‘ sophomore album Damn! That Was Easy is a hip shaking delight. Yes, I know the name is one of those seemed-clever-at-the-time decisions, but that aside, these denizens of Detroit have sass to spare and music to make you move.

The title of the album doesn’t half set the tone—this is laid back, lairy rock with a funky feel and quality baked in. Alice Cooper? Heart? Buddy Guy? Those influences are all there, but there’s a bit of overlooked bands like Young Heart Attack and Ooh La La for good measure. Yes, that good…

Alix Turner: One of my favourite film-related activities is showing old favourites to my teen son, and this week, it was Total Recall’s turn. I had no idea just what nostalgia I had for that film until one day we were talking about Arnold Schwarzenegger (my kid has seen The Terminator, but not Predator, yet) and the next day I brought home the 1990 Total Recall. It was a 30th anniversary restoration on Blu-ray, and it took me right back to the cinema date with my sci-fi geek boyfriend at age 19: it was wonderful. Back then, we were so used to sci-fi films being full of grey metal: spaceships, robots, and artsy, operatic silver space. Paul Verhoeven’s Total Recall was full to the brim of colour, like it was a comic book come to life; and like some of his other films from that period, Starship Troopers and RoboCop, flamboyantly over-the-top too, almost throughout the entire film. Logic-defying plot, ridiculous dialogue, exaggerated acting, nonsensical science and oh! the costumes! I simply loved watching it again.

Giving Total Recall context is interesting. Looking at Paul Verhoeven’s directorial career, which started apparently in 1960 and is still going now, it seems Total Recall falls right in the middle of that rather impressive period. And it is that middle part of his career which is most well-known, with those now-classic sci-fi films mentioned already, and the highs and lows of Basic Instinct and Showgirls too. All of them present either a touch of the extreme, or some careful restraint; even the more recent Elle had moments of going too far. But that’s all OK by me: it’s where the director’s passion and enthusiasm shine through. I’m going to keep going back to Starship Troopers (including the Roughnecks TV show, which was just as good, in its own way), RoboCop and of course Total Recall: perfect escapism that I discovered just when I was reaching adulthood. In the meantime, I’ll find some more Philip K. Dick adaptations to share with my son.

Lor Gislason: Animal Crossing: New Horizons recently got a big update and new DLC, so I’ve been back on that island grind. The DLC itself is a modified and updated version of a previous AC title, Happy Home Designer. You’ll design vacation homes for villagers, including creating the yard outside, selecting the weather and time of day, to interior decoration with tons of new furniture. It’s extremely comforting and meditative. I’ve been going through some tough times lately so having my Switch on my desk lets me take quick breaks to zone out. My favourite houses I’ve designed so far include a clifftop resort, a family restaurant, and a dig site inside some ancient ruins. Sharing design tips with friends has also been a lot of fun. You can really get creative and use furniture and items to hide or accentuate different aspects of homes.

Daniel Siuba: This week I finished Roberto Bolaño’s epic novel 2666. It is almost 900 pages long, although technically it is divided into 5 smaller books, referred to as “Parts” (i.e., “1. The Part About The Critics”, “4. The Part About The Crimes”). But even if you divide it into segments, the scope of each part is truly massive.

2666 is difficult to talk about, let alone explain, suffice it to say that the expansive cast of characters includes literary critics, professors, detectives, psychics, politicians, psychologists, prisoners, soldiers, war criminals, and several dozen (or hundred) missing or murdered women. In general, the timelines of the major stories ranges from the early or mid-1900s to the early 2000s, and although the many story lines in this book jaunt around various parts of Europe and North America, it becomes disturbingly clear that the fictional city of Santa Teresa, located in the Sonora desert near the U.S.-Mexico border, is the black hole of this story—everything and everyone eventually gets sucked into it; yet without it, the story would not exist, the characters would not be in motion, and the world as we know it would freeze.

Reading this novel is sort of like watching a David Lynch film. It’s funny, absurd, thoughtful, and violent; it is filled with love stories, passionate sex, and very dark dreams; a sense of mystery permeates every page. About halfway through this book, I realized I was going to need to read it again to fully grasp some elements of the story, which was somewhat disheartening; but as I finished the last page, I realized I didn’t just need to read it again, I wanted to read it again. So, if you have the time, interest, and courage (read: foolishness) to start reading a work of this magnitude, I can guarantee you will not be disappointed. The way you think about writers, books, and stories will never be the same. 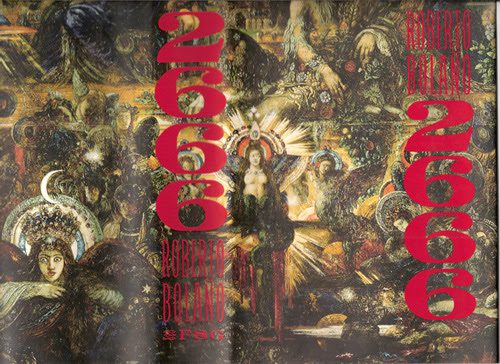 Don Shanahan: Just in time for the 20th anniversary of The Lord of the Rings: The Fellowship of the Ring, Warner Bros. released its expensive and massive Middle-Earth Ultimate Collector’s Edition boxed set to celebrate the epic occasion and the film series itself. Priced at $250 and packed into 31-discs with the big bump to 4K, new special features were added to the theatrical cuts, extended editions, and production appendices that have graced the prior physical media editions of The Lord of the Rings and The Hobbit titles. Through our press connections here at 25YL, I was generously granted an advance copy and, people, let me tell you, glorious is only the beginning of the adjective journey.

Plenty of folks will be rightfully wowed by the outer box alone. The Ultimate Collector’s Edition comes in unique packaging that can morph to be displayed in three shapely forms, from spine-forward to full width of the famed ring’s inscription. It is a worship-worthy “Fine China” crown to any cinephile’s movie shelf. Other trinkets inside include a 64-page booklet of paraphrased production notes and a set of travel poster art cards.

As one would expect, the Oscar-winning films themselves are pristine beyond measure. The 4K remastering work, overseen by Peter Jackson himself, strikingly solidifies color saturations and the two-decade-old special effects that still hold up to this day. The resolution that hits the High Dynamic Range makes every fleck and shimmer brighter, deeper, and more fantastically real. What amazes me is how detailed the quieter and less battle-heavy scenes play in enhanced soup. Those rise with spirit and hit as rousingly as the desperate and heroic fights we remember and come to love.

There are a few key new special features included in this ultimate set. The first would be the original Cannes Film Festival presentation reel. That’s a nice piece of archival content, but the real treats are the cast reunion gatherings hosted by Alamo Drafthouse. All three Lord of the Rings films are represented with different collected cast members in 35-45 minute discussions that will charm you to pieces. You feel the repartee as if filming just ended yesterday and not 20 years ago. The one for Fellowship of the Ring featuring our four beloved hobbit actors, Billy Boyd, Dominic Monaghan, Sean Astin, and Elijah Wood, is the most humorous, but the Return of the King episode with Ian McKellan, Andy Serkis, and Peter Jackson himself is the best of the roundtables with its collected gravitas.

The 4K Ultra HD Blu-ray discs are also tuned with a Dolby Atmos soundtrack that has been jiggered specifically for the home theater setting. My goodness does that environment make Howard Shore’s brassy score sing to new heights! If you’re serious about this set and these movies, spring for those components at home. If not everything is backward compatible. Either way, you’ve got one hell of a Christmas gift out there for yourself or your #1 hobbit fan!