Twenty years ago, give or take, the world was graced with such a film. I speak, of course, of the unrivaled masterpiece of American cinema: Not Another Teen Movie.

Now, I might be stretching the truth just a little bit, but Not Another Teen Movie is in all honesty one of my favorite films of all time—and one that often isn’t remembered as fondly as it should be, for reasons that have nothing to do with the quality of the film itself.

See, Not Another Teen Movie unfortunately winds up getting lumped in with one of the darkest periods of cinematic history: Jason Friedberg and Aaron Seltzer’s reign of terror. Friedberg and Seltzer have one of the most infamous career paths in Hollywood, starting with a writer’s credit on Scary Movie. What did they contribute to the final product? Absolutely nothing! They just happened to be developing a horror movie spoof around the same time as the Wayans brothers were developing what would become Scary Movie, and despite not contributing anything to the final script, the Writers Guild of America decided that they should get a writing credit as well.

That credit kickstarted Friedberg and Selzer’s career, one that would see them go on to create eight of the worst movies ever made. Date Movie. Disaster Movie. Epic Movie. These two are responsible for all of them. Their films have been described as “cinematic hell” and a “massive consumer fraud,” and the duo have been called “comic terrorists who cavalierly destroy what others create for their own ugly self-interest.” Seriously, read what other people have written about Friedberg and Seltzer. It’s art. To this day, Epic Movie is the only time I have walked out of a theater early—I went to see it with my dad when I was fourteen, very much the age range this particular filmmaking duo is aiming for, and after about twenty minutes we agreed that it wasn’t worth our time and got our tickets refunded.

Unfortunately, Not Another Teen Movie has a similar enough name that most people wind up lumping the film in with the duo’s filmography, even though someone could probably tell the difference after watching about five minutes of each. Released in 2001—a good five years before the first of the Friedberg/Seltzer atrocities—Not Another Teen Movie comes from director Joel Gallen and has a mind-boggling secret technique that sets it apart from the Friedberg/Seltzer canon, one that allows you to sit through it for more than twenty minutes and spend most of that time laughing. 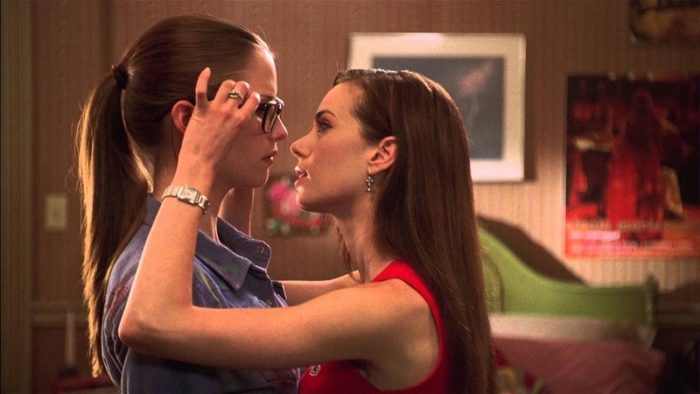 And not only does this film have jokes, most of them actually have something to do with the general concept, that being “80s and 90s teen movies were completely absurd.” Who would’ve thought?

Take, for instance, the first scene after the opening credits. It’s orientation day at John Hughes High (Joke #1), as we pan down, we see the schedule for the week on a sign outside: Mon – Orientation; Thursday – Preston’s Party; Friday – Football Game; Saturday – Prom (Joke #2). Then, Josh Radnor’s character explains that John Hughes isn’t like your ordinary high school, that here “you’re accepted for who you are, not who you hang out with”—before immediately dividing the group into jocks, losers, and hot girls and explaining that the students you’re grouped with are going to be your only friends for the next four years (Joke #3) while in the background we can clearly see a banner reading “Welcome Prospective Cliques” (Joke #4). 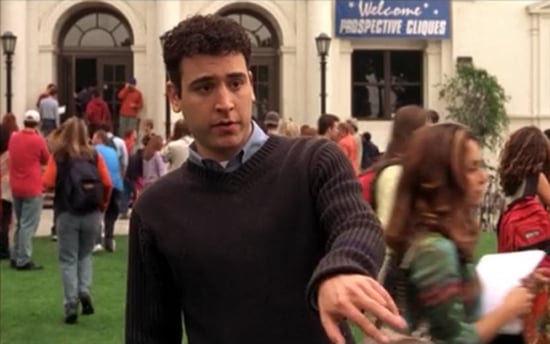 It might seem like I’m being a little hyperbolic, but when talentless hacks have been allowed to reduce the spoof film genre from the level of masters like Mel Brooks and Zucker-Abrams-Zucker to “HERE ARE THESE POP CULTURE REFERENCES LOOK AT THEM WE KNOW POP CULTURE GIVE US YOUR MONEY,” something as simple as having well thought-out, constructed jokes seems like Shakespeare by comparison. Seriously, Meet The Spartans—the most egregious example of this—amounted to literally lining up minor pop culture figures and spartan-kicking them into a pit one after another. The spoof film genre is…not in a good place right now, and hasn’t been for quite a few years.

This irreverent tone carries through the entire film: characters will often spell out exactly what their role is or make some comment on how ridiculous this all is, and gags often amount to taking some element from the era’s films and stretching it to a logical, comedic outcome. Janey’s “big transformation/makeover scene” amounts to Katherine removing Janey’s glasses and ponytail, and after Jake is told that one of the steps given to winning Janey’s heart is “sing a song with her name in it,” he naturally decides that the right idea is a heartfelt rendition of “Janie’s Got A Gun,” a la Heath Ledger in 10 Things I Hate About You, leading to poor Janey getting chased down and tased by campus security.

Some jokes even get payoff throughout the film! One background character simply wants to start a slow clap, and on three different occasions tries to start one at awkward or inappropriate moments despite being told “you can’t just start a slow clap at any old time, you have to wait for the right moment.” When the right moment finally arrives in the form of Jake and Janey’s big kiss, his thunder gets stolen by another character, leading to a brawl between the two.

Even the film’s advertising has a sense of being fully aware of how absurd this all is. The “characters” aren’t so much characters as they are teen film stereotypes, and the film’s poster advertises this fact loud and clear. Characters are labeled as “The Pretty Ugly Girl,” “The Popular Jock,” “The Nasty Cheerleader,” “The Obsessed Best Friend” and so on and so on, while the general plot is a blend of She’s All That, 10 Things I Hate About You, and Pretty In Pink. Thankfully, Not Another Teen Movie has an almost absurdly talented cast to sell us on these characters.

There are even more than a few treats for fans of ’80s films. Paul Gleason gives us one glorious scene as an absurdist take on his character from The Breakfast Club, Lyman Ward—Ferris Bueller’s dad in Ferris Bueller’s Day Off—plays Jake’s dad, and for the icing on the cake, the final scene features an appearance from Ms. ’80s herself, Molly Ringwald.

And we haven’t even talked about the soundtrack yet! It’s not the sort of thing you usually think about for a movie like this, but Not Another Teen Movie‘s soundtrack absolutely rips. It’s based around a remarkably simple concept: ’80s songs done by ’90s bands, and almost all of them are—to use the proper technical term—outright bangers: the highlights include Marilyn Manson’s take on “Tainted Love,” The Smashing Pumpkins covering Depeche Mode, System of a Down doing a Berlin song, and Good Charlotte doing three different covers AND appearing as the band playing at the prom. It’s a soundtrack that absolutely definitely did not have to go that hard, but I am absolutely happy that it did.

Is it perfect? Not by any stretch. Some elements don’t feel like they’ve aged well—although I’m not sure whether that’s the passage of time or if they were always meant to be that offensive—and the film definitely enjoys its gross-out gags, but beneath it all is something that is sorely missing from the spoof genre: a sense of understanding, respect, and love for both the source material and the audience. It’s a treat for people who loved the teen movies of the ’80s and the ’90s, had grown up enough to recognize that they were all kind of ridiculous, and still loved them anyways—and on a downer note, given the current state of the genre, it might just be the last great spoof film.