Happy New Year! Each week you’ll find in this space a set of recommendations from our writers, ranging from TV and film to music and podcasts, or whatever else we might be into at the moment. These things may or may not be new to the world, but that’s not the point. What matters is what’s interesting, and what’s worth your time. This week’s entries include: The Apartment, Rated X, and “Our New Year” by Tori Amos, along with a paean to the horror community (this year in particular) from Alix Turner.

If you’re looking for some new things to enjoy this new year, we hope this will get you started off on the right foot and that you’ll join us each week to see what we’re recommending throughout the year. 2022 has got to be when it all turns around, right?

Film to Watch for New Year’s: The Apartment

Annie Flowers: Perhaps it’s a bit of a cliche, but it isn’t a new year in our home until we ring it in with the annual viewing of The Apartment. It’s tradition!

This isn’t your typical meet cute holiday romance. There’s more nuance and heartache. The story begins when insurance worker C.C. Baxter (Jack Lemmon) climbs his way to the 27th floor of a fancy, Mad Men-esque NYC building, though not through hard work and perseverance. Oh, sure, he does his job as well as anyone else. But what makes Baxter stand out is the one-of-a-kind service he provides for the bosses: a key to his cozy bachelor’s pad. And in true Mad Men fashion, sleazy executives bring mistresses to said apartment for privacy, away from prying eyes.

It’s only when Baxter witnesses firsthand the damage caused by his service that he is determined to change. Fran Kubelik (Shirley MacLaine), love interest and elevator operator in the swanky office building, attempts to commit suicide right in Baxter’s apartment after realizing her affair with Mr. Sheldrake (Fred MacMurray), Baxter’s boss, means more to her than it does to him. After all, he has a wife and kids to think about. It’s when Baxter discovers Kubelik that there is a noticeable shift in him.

It’s not the setup of a feel-good New Year’s Eve movie most people might seek. But it’s Baxter’s hangdog face and charm, Kubelik’s vulnerability and sharp tongue, and MacMurray’s skilled delivery of classic Wilder dialogue that bring these characters, their turmoil and longing, to life. We find redemption. Equal parts hopeful and melancholic, this is the story of a man who has made his New Year’s resolution to be a real mensch.

Daniel Siuba: “Our New Year” is the final song on Tori Amos’s Midwinter Graces, which is a seasonal album featuring interpretations of classic Christmas songs and hymns (“What Child, Nowell,” “Star of Wonder,” “Emmanuel”). It also features a handful of original songs which are, for me, the best part of the album. From the first time I listened to this album, this song was instantly my favorite. It is starkly honest and subtly chilling; it evokes the feeling of a cold winter night. The singer is reminiscing and remembering; as she contemplates the passing of another year, she is acutely aware of the people in her life that are no longer there. She’s doesn’t just remembering them, she wishes they were still alive, so much so that she begins seeing them; then, she is struck by their absence. Amos sings,

Lately I’m sure it’s you there waving
in the distance, closer. The closer I get…
Disappointment tears. Yes it tears
They just have the same color of your hair

In the song’s chorus, Amos repeats the line “You’re not there,” with little variation, but the instruments beneath her voice steadily build; the chord progression continues to shift and change, and by the end of the song, the band, strings, and piano erupt in a climax that mingles joy with sorrow. In the final chorus, the first few times Amos sings “You’re not there,” it feels like an expression of mourning, but as the music pulses and becomes stronger, it feels she is singing from a place of deep acceptance. This lyric is, I think, intentionally ambiguous; it lends itself to multiple interpretations, but however you understand it, it’s impossible for me to hear it without being moved.

As is the case in many of Amos’s songs, it ends without a clear resolution. The conclusion feels simultaneously hopeful and somber, which is fitting for a song about the ending of one year and the beginning of another.

If you’re interested, check out this live version of “Our New Year” from Amos’s 2012 Gold Dust Orchestral tour. It features woodwinds and brass, in addition to strings and piano, and there a few extra instrumental bars here and there. This arrangement is lush and intricate, and watching Amos perform it live makes the story even more poignant.

Alix Turner: What is it about horror that bonds people together? I’ve seen it a little in the world of sci-fi and comics conventions; but in the horror scene, fellow fans describe it as a “community” and call each other “family”. Perhaps it’s because our tastes—and there are so many different kinds!—frequently confuse or concern those who don’t enjoy horror, that we stick together and develop a strong understanding. Even if I don’t see the point of Friday the 13th and another horror buff doesn’t get Midsommar, we’ll still accept each other’s perspectives much more liberally than family members who try to tolerate one another’s differing political or religious views; and we’ll often put in some work to appreciate titles or subgenres that we’d previously not considered.

During this time of the coronavirus pandemic, I have had the good fortune to join the writing teams of Horror Obsessive and Ghouls Magazine, both of which have very active online platforms for both writing planning and social dialogue. Outside of those formal teams though, the sense of a truly welcome scene is stronger: directors and audience discuss films together on Facebook and Clubhouse, but my favourite by-product of virtual life since the start of the pandemic is the video calls that take place around film festivals, as online “after-parties”. Soho Horror Festival has been particularly hospitable, helping us weirdos get through lengthy lockdowns with “Shockdown Saturday” events, making them free to attend, and hosting online events outside those screenings so that we might all feel connected to one another.

In the past, finding people with a similar genre outlook to me has involved traveling halfway across the country (or so it has felt). Virtual festivals and the community spirit that takes place around them has made such activities so much more accessible: people with financial or mobility issues, people with anxiety or carer responsibilities are now able to attend many more events than before and meet others with shared interests more easily. For me, that has included bringing my teenager along, who wouldn’t normally be admitted to horror film festivals for another few years. Today, that’s what’s got me buzzing: they attended last night’s Big Fat Horror Quiz of the Year (organised by Soho’s Mitch Harrod) and stayed up chatting with Soho regulars into the early hours of New Year’s Eve. I love that this crowd makes my kid feel welcome, never talks down to them and asks their opinions and recommendations just like anyone else—like Mitch told them when they first attended a virtual after-party, my kid represents the coming generation of horror fans. Can’t wait to take them to a “real” festival, but in the meantime, this chosen family has opened its arms online.

Steve Swift: Do you wanna rock? Then Rated X is there to help you. Overlooked when it came out in 2014, this was a Joe Lynn Turner project. The vocalist who is so much loved from Rainbow and many others was joined by Carmine Appice on drums and Tony Franklin on bass, so it has a good pedigree.

What’s it like? Bombastic, radio Hard Rock with an organ prodding in, plus Karl Cochrane’s fluid, sometimes Ritchie Blackmore-toned guitar solos, with Joe’s powerfully emotive vox on top, this is brilliant.

And the choruses will make themselves at home, raid the fridge and drink your booze.

It was overlooked at the time, it didn’t deserve that fate.

What are you doing to ring in the new year? Let us know in the comments! 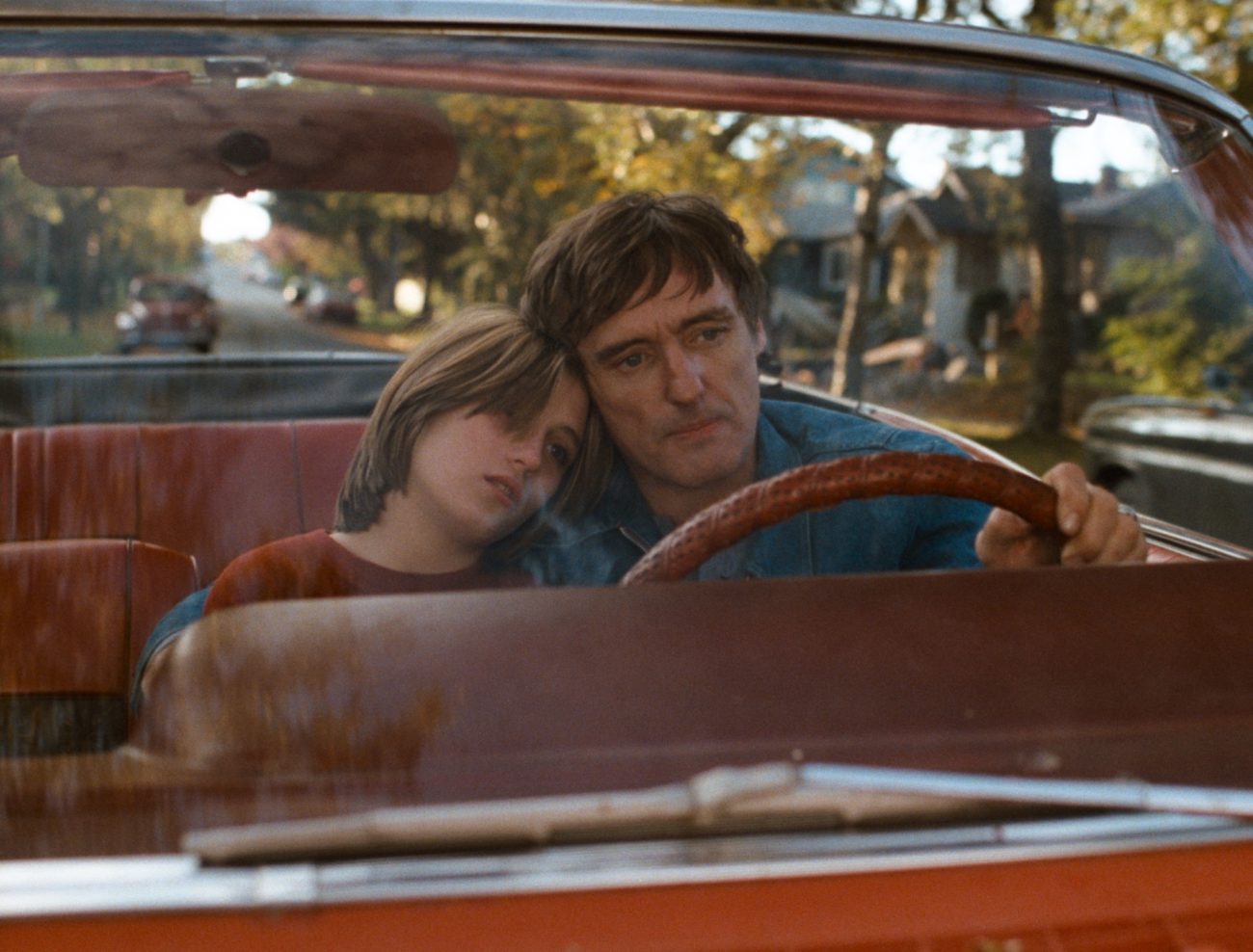