The following contains spoilers for Yellowjackets S1E8, “Flight of the Bumblebee” (written by Cameron Brent Johnson & Liz Phang and directed by Ariel Kleiman)

I guess let’s dive right into the shallow end, as the concluding scenes of Yellowjackets S1E8 see Shauna confronting Adam about who he is and leave us with a cliffhanger.

She’s found glitter in her closet, where he’d been hiding after their recent tryst, and it would seem the safe in there is empty. I’m not sure how he would have gotten into the safe exactly, or what was in there that is now missing. And I’m afraid I also don’t know for sure if Shauna recovered the bag after the money drop, only that the junk they’d filled it with was definitely dumped out as the guy ran away.

I kind of thought he’d ditched everything except the money, so maybe she did bring the bag back home and the glitter came from that? And maybe the safe is empty because Jeff took things out of it and it’s just a coincidence. I don’t know, but I oddly find myself more intrigued by the possibility that the way this is presented is an indication of Shauna’s paranoia than by a straightforward reading. That is, this scene of Yellowjackets in Shauna’s closet is shot and framed to lead us to think that she’s discovering troubling evidence that Adam was the man they chased, but what if instead it represents her own mental state?

Last week I expressed confidence that Van was dead because it very much seemed to me that this was what I was being told visually as I rewatched the scene as carefully as I could. It turns out she wasn’t, but the other girls all thought she was. They even started to burn her on a pyre (“Really? Fire?”), so we should be open to the idea that Yellowjackets is itself something of an unreliable narrator in terms of the visual language it is using. Of course, I don’t know how noteworthy this really is at this point, or to what extent it’s just your standard-level TV show misdirection.

What I do know is that Adam is very suspicious and has been from the start. But now it turns out Pratt has no record of him, which he explains by saying he lied about having gone there, but even if that were true, Callie is right that it just doesn’t track for him to have no internet presence whatsoever. Besides the fact that virtually everything and everyone does at this point, if Adam is truly trying to make it as an artist, the only real game in town is the online hustle.

So what’s this guy hiding?

The easy conclusion is that Adam Martin is not his real name. Many have speculated that he will turn out to be a grown-up version of Javi, but that doesn’t feel right to me (as much as there are little things in Yellowjackets that wink in this direction). Javi makes art, gestures in a way similar to Adam at the mini-golf course, etc. You can read the theories.

But more than the fact that Shauna doesn’t recognize him as Javi (which I would think she would), the sticking point for me is that no one in 2021 has mentioned Javi, even as his older brother was found dead. This indicates to me that Javi must either be dead himself or at least everyone thinks he is.

We’d have to have a kind of convoluted series of events in the 1996 timeline for this to feel plausible, and given how Yellowjackets S1E8 ends, it would more or less have to occur in next week’s episode for this to work. I just don’t see it, and I tend to think the biggest thing bolstering this hypothesis is the lack of other characters we have met in 1996 who Adam could be, rather than anything that positively points in the direction of Adam being a grown-up Javi.

Of course, that doesn’t rule the “Adam is Javi” theory out. Maybe next week on Yellowjackets we’ll even find out it’s true. But personally, I tend to think he’s going to be someone else, and I mean someone we haven’t seen in 1996. Or maybe he’ll turn out to be innocent. That would be a twist.

Nikolai Rimsky-Korsakov’s “Flight of the Bumblebee” is about a prince who disguises himself as an insect in order to visit his father (who doesn’t know he’s alive), though, so maybe I should be taking these winks more seriously.

Of course, “Flight of the Bumblebee” (the Yellowjackets episode) doesn’t actually end with Shauna confronting Adam; it ends with the event that most directly gives the episode its title—Laura Lee trying to fly the plane the group found earlier in the season in an attempt to find help. Which seems to go well until the plane catches fire and explodes for reasons that aren’t immediately clear. Did her bear Leonard start burning first? That’s pretty weird.

I’m sad to see Laura Lee taken from us, as I feel like the depth of her character had just barely been explored in Yellowjackets. S1E8 gives us a flashback scene to a younger Laura Lee at a summer camp named after Mary Magdalene, which sees her diving into a swimming pool and bashing her head on its floor…seemingly on purpose? Surely she knew that this was the shallow end of the pool she was diving into, which leads me to posit that she did it in order to get the attention of the sexy lifeguard with the shiny cross necklace.

All of this is intriguing, even if it isn’t immediately clear how to put it together with her insistence on flying the plane over Ben’s protestations. I don’t think she intended to crash and burn. I’m prone to believe that she believed this was her purpose. So perhaps it is the fantasy of being rescued that ties these scenes together across time.

It’s hard to say if Laura Lee was being irrational in attempting to fly the plane. On the one hand, she didn’t really know what she was doing so it was a very dangerous thing to attempt, but on the other hand, there is certainly credence to the idea that there are no safe options left. Winter is coming, there is a lack of food, Van needs medical attention, and so does Shauna. Further, Laura Lee doesn’t seem to die from incompetence in anything like a direct way. Perhaps there was a gas leak in the plane they failed to find on inspection or something along those lines to account for the fire, but it’s not like she crashed into a tree like an idiot.

Of course, maybe the woods didn’t want her to leave…

Jackie is still struggling with trying to be a leader of this group even in circumstances where she very much isn’t. In S1E8, she forces Shauna to tell the others about her pregnancy and wrecks Nat and Travis’s relationship (at least for the moment) by gossiping to the latter about the thing Nat had with Bobby Farley. Both are soft exertions of power on Jackie’s part, whether she realizes it or not, but neither is very effective. Rather, she’s turning the others against her. That’s clear with regard to Nat, even if the information Jackie spills to Travis wasn’t exactly a secret. But Shauna’s pregnancy very much was a secret, and underneath Jackie’s attempt to justify what she did is a clear vein of malice.

She knows that Shauna had sex with Jeff, but that doesn’t justify what she does any more than her attempt to appeal to consequences. There is an intrinsic wrong to what Jackie does insofar as she violates Shauna’s right to self-determination. If two wrongs don’t make a right, two betrayals surely do not create solidarity.

As for Natalie, in 2021 she blackmails a former sponsor to look into who closed Travis’s bank account, and gets some cocaine. Misty, watching on the web camera she hid in Nat’s motel room, can’t let her “friend” relapse, so rushes over to stop her. It’s a hilarious scene, and I really need Yellowjackets to keep giving Lewis and Ricci opportunities to play off one another.

I, for one, believe Misty’s concern is genuine, but that’s just part of what makes her so unhinged. She truly believes what she is doing is right and that’s she’s justified. And the same goes for keeping Jessica Roberts tied up in her basement.

Taissa is properly freaked out in 1996 about what happened to Van, and in 2021 about how she’s been sleepwalking. She claims that this was not something she was doing in the interim, which I’m prone to believe given her scene with Simone and her insistence that the latter take Sammy away to her mother’s for a bit. Tai’s afraid she’ll hurt them. Plus there is the fact that she spends the night at Shauna’s, which is nicely paralleled by the two of them in a similar situation in 1996.

This would all seem to let Taissa off the hook for her actions while in this state, insofar as she acts without conscious awareness or intention, but the problem is clearly more complicated than that. If the unconscious determines our actions, are we responsible for what it does behind our backs? And how will this relate to what Tai will end up doing out there in the woods, which may well include some murder and cannibalism? Could we buy that she was “sleepwalking” the entire time, or if it is something similar along the lines of a psychotic break, will we take this as an excuse?

Yellowjackets set itself a difficult problem from the beginning in how to ultimately bring the two major timelines together. How do we get to the scenes that occurred in the interstices of the pilot? Can we somehow move incrementally towards this making sense in terms of the young women we’ve been getting to know in 1996?

That feels like it will be the endgame of this series, though, and we’re still quite a way away from that. The more immediate question will be how the first season of Yellowjackets culminates. That it will involve something about Adam in 2021 seems clear. What will happen in 1996 now that Laura Lee has died, Van is terribly injured, and everyone knows that Shauna is pregnant is anyone’s guess. 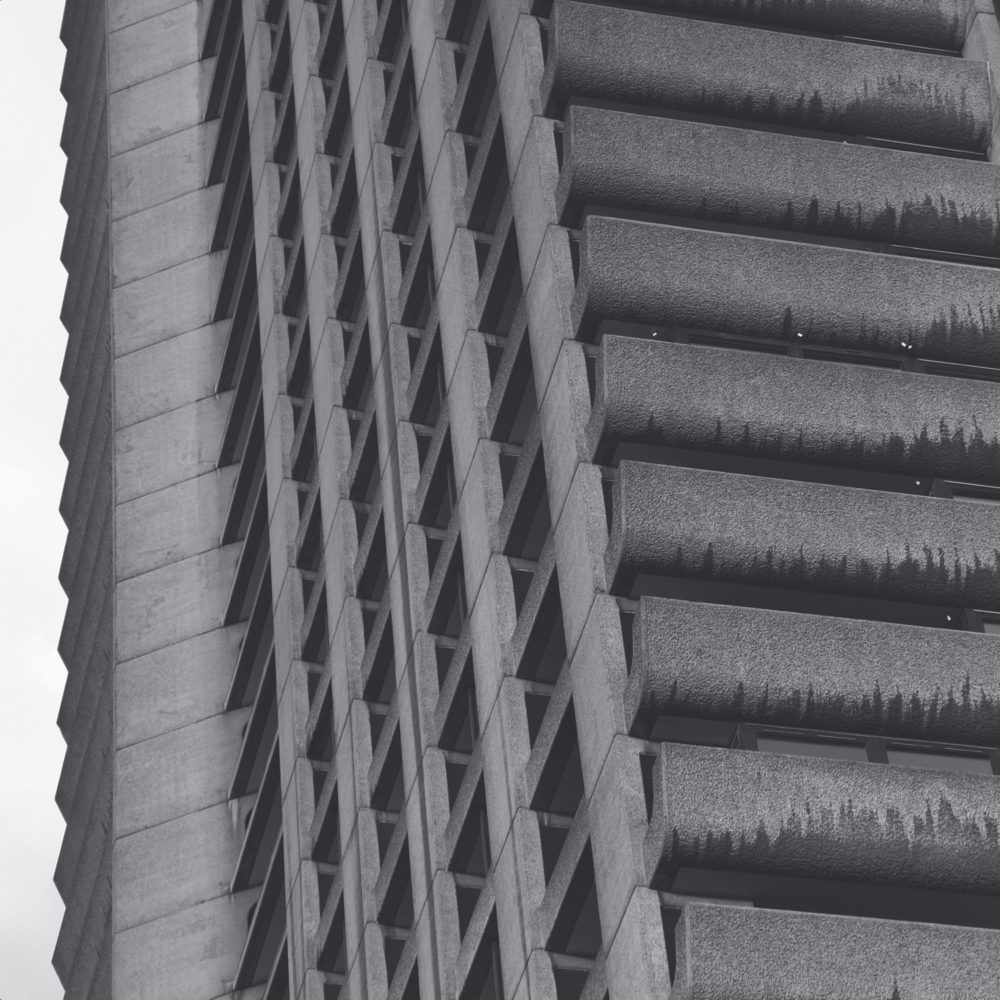