Welcome to my column dedicated to the appreciation of physical media supplements called Feature Presentations. The goal of this column is not to say whether a film is good or bad and worth picking up or not—I would like to highlight the discs that go the extra mile and provide film fans with enough tasty tidbits to satisfy even the hungriest of cinephiles. With all that out of the way, today’s article will focus on the Vinegar Syndrome release of New York Ninja.

For fans of physical media like myself, the present is a golden era for home video releases. Even if you are a casual collector of physical media, you are well aware of boutique labels. It could be something as wide of a release as the Halloween box set that Shout! Factory put out years ago, or a recent release from the Australian label Imprint Films; chances are, if you own a handful of discs, you have a boutique label in your house. One of the largest and well-regarded of these is Vinegar Syndrome, and they not only released the disc, but produced it! That’s right, let’s look at New York Ninja!

I was very tardy to the party when it came to the boutique label Vinegar Syndrome. As I have gotten older, my taste in films has skewed from typical Hollywood fare to those obscure oddities that no one talks about anymore. Once I was made aware of Vinegar Syndrome, I dipped my toe in with a purchase here and there. Now that I am more familiar with the label, I have found that I enjoy Vinegar Syndrome, but I am not over the moon with them.

Now, Vinegar Syndrome is a unique boutique label. When one hears the word “boutique,” they may imagine prestige items held in high regard and treated with kid gloves. In a way, this is true, but not how one unfamiliar with Vinegar Syndrome might think. Vinegar Syndrome curates lost and forgotten horror, exploitation, comedy, and other films. None of the releases will win Best Picture, but that isn’t a reason to dismiss their offerings as lower than any other movie released.

And one of their most high-profile offerings comes from the previously-lost film, New York Ninja. With a title like that, your confidence level in purchasing the film and feeling assured that you’ll get your money’s worth is well through the roof. Was it a can’t-miss title? For the most part, yes.

As I prefer to discuss the features of the film’s release, I will keep the film review to a minimum. What I will say is: the title delivers. If you want a ninja running around 1980’s New York City fighting crime—this is the movie for you. It may not be the end all be all of ninja films and may lean too heavily into comedy for my liking, but it provides what the title offers and scratched an itch I have had for ninja movies as of late. Sometimes that’s all you need.

Vinegar Syndrome went well above and beyond when curating a physical media release for New York Ninja. Even before you dive into the goodies on the disc, the exterior case for New York Ninja is impeccable. The two-disc set comes housed in a hard-box case with a magnetic clasp that opens and closes. The case contains hand-crafted artwork courtesy of Tom Hodge.

Inside the box, you have the two-disc set along with a 40-page book detailing the history behind the initial filming of New York Ninja and the rediscovery by Vinegar Syndrome. I don’t want to get into the nitty-gritty of the troubles New York Ninja had, but I will say that the book does its job of encompassing the almost-40 year history of New York Ninja’s release. It’s a fantastic read, hindered only by a lot of what is in the book can be found on the making-of.

The two-disc set comes with a slipcase that features artwork from “Kung Fu Bob” O’Brien with reversible artwork for the Blu-ray case. Regarding the discs themselves, you get two Blu-ray discs, with bonus features spread across both discs.

On disc one, you get the feature film: New York Ninja. The film comes with an optional introduction and commentary from re-director Kurtis M. Spieler. The introduction consists of Spieler giving a brief rundown of how the film came about—something touched up elsewhere on the discs and the booklet. Spieler’s commentary is pleasant and informative, discussing his history with New York Ninja and all the work of compiling original director John Liu’s footage into a film worth salvaging. If you’re a fan of New York Ninja, the commentary is a must-listen.

The other feature on the first disc is a mammoth documentary for the history of the film titled “Re-Enter The New York Ninja.” This 50+ minute extended making-of chronicles the original filming of New York Ninja, speaking with the cast and crew then transitioning to the discovery of the footage with Vinegar Syndrome’s restoration and completion of this once-forgotten film. It’s a welcome watch in getting to hear from the original members of the film’s production to those behind the 2021 restoration. “Re-Enter The New York Ninja” is a joy to watch if you are a fan of film history. The disc is rounded out with the theatrical trailer that Vinegar Syndrome crafted for the 2021 release.

On the second Blu-ray disc, we first get an interview with “re-director” Kurtis M. Spieler titled: “Re-Directing New York Ninja.” Broken down into steps, Spieler explains how he took the raw footage of New York Ninja to concoct a film that made narrative sense and was deemed releasable. You might think an interview detailing the re-birth of an unfinished movie would require a few hours to document the history; Spieler condenses how New York Ninja came about in less than 30 minutes without sacrificing imperative details.

Next, we get an interview with Voyag3r entitled “The Music of New York Ninja,” discussing how the band came to score the film. The musicians talk about their love of ninja films; the impact Covid-19 threw a wrench into how they approached the score and their inspirations. One of the best parts of this interview comes with each musician guessing what the other bandmates would pick as their favorites. “The Music of New York Ninja” is a fun look at how the members of Voyag3r approach their music and their love of ninja movies.

Next, we have a featurette titled “Locations Unmasked,” which has Michael Gingold revisiting the locations in New York Ninja. I am a sucker for New York City during the 1970s and early ’80s—there’s something about the city during this time that piques my interest like no other. Something about the grime and grit—the authenticity of human nature is located within the seedy underbelly of New York City during this time. Even in 1984, the city had already begun its change into the sanitized and Disney-fied playground that it is now. Still, this featurette offers a chance to travel back in time to visit a New York City that no longer exists and mirrors that with what the city looks like nowadays.

Next, Kurtis M. Spieler returns to commentate over deleted scenes that did not make the final product. The raw footage was excised before the final product, containing no post-production sound or dubbing. Each removed moment is given attention by Spieler, who does well with explaining his reasons for their omission. Spieler provides context for what he took from the raw footage and how the scenes fit into his version of New York Ninja.

One of the more interesting features comes from B-roll and outtake footage cobbled together in a soundless montage. I thoroughly enjoyed this feature as it gave insight into what the set of New York Ninja was like, plus what Kurtis M. Spieler saw before compiling the footage into the 2021 release.

Rounding out the Blu-ray disc, we get a sizzle reel from a rare VHS copy to assist with raising funds to complete the film in 1984. The sizzle reel is nothing that will blow your hair back, but it is fun to see how John Liu cut some footage together to present to investors. Completing the disc, we get a plethora of behind-the-scenes stills set to music from the film.

There you have it! Is New York Ninja a long-forgotten masterpiece of action cinema? That depends. As this was an unfinished film, one cannot judge that easily. I will say that it is essential viewing for those who enjoy light-hearted ninja fare. As I mentioned earlier, it leans a bit too heavily into comedy for my tastes, but New York Ninja is a light, breezy film that comes packed with more bonus features than a film like this has (arguably) any right to have. 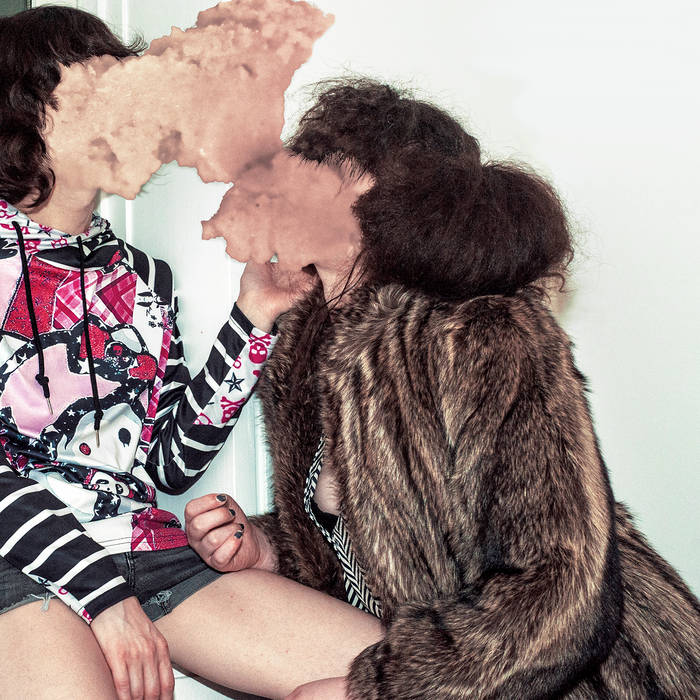