The following contains spoilers through Raised by Wolves S2E4 “Control” (written by Karen Campbell and directed by Sunu Gonera).

Welcome back, dear reader, as we continue to review the HBO Max series Raised by Wolves with the Season 2 Episode 4, “Control.” Wow. I mean, just…wow! This episode blew the lid off of everything. Three episodes of setting up dominoes, and then this one comes along and just arm-sweeps them all off the table. I was honestly enjoying having Raised by Wolves back on the screen so much that I didn’t even realize how the story had just been coasting along until now.

Per the title, this episode is all about control. Parents trying to control their children. Opposing programs vying for control of the Collective. The beginning of Marcus losing control over his faction. And in the midst of all this change, Grandmother appears on stage, possibly taking control of Father.

It’s been pointed out to me that some of you are probably asking “who is Grandmother?” right now. Ah, right, sorry, I’ve been dabbling in spoiler material and not telling you. The early press materials announcing new cast members for Season 2 pretty well ruined this particular reveal for those of us neck-deep in the lore. Selina Jones is playing the character of “Grandmother,” described as “a divine android, built thousands of years ago by members of the lost civilization that existed in Kepler-22b.” To be fair, with this show, that’s just the tip of the iceberg, no doubt.

We start out with Paul and Marcus having a chat. They’re not exactly reestablishing their father-son relationship, but like Father and Hunter, they are at least buddies now. It’s a little nauseating that Paul can be understanding of Marcus, but he outright hates Sue and wants nothing to do with her simply because “you can’t forgive an Atheist.” Again there is this contrast between the exclusiveness of Paul and the inclusiveness of Campion.

Even Marcus is a little taken aback with Paul. After all, he’s been coming around to Campion’s way of thinking this season. He’s abandoned the rigid orthodoxy of Earth’s Mithraism. He’s building a church that is a family. No ranks, no last names. His Sol accepts everyone just as they are, even Atheists like Tamerlane. He holds out hope that maybe Sue will come around, but if she doesn’t, that might not be so important to Marcus.

However, Marcus’ liberal inclusiveness stops at “robots.” He won’t even deign to call them androids, because that’s just a little too humanizing. He definitely has it in for Vrille, not just because she’s a robot, but also because he sees her as an impediment to his budding relationship with Decima. When her lie about how the three colony kids found them leads indirectly to Paul being caught in the bio-bomb, Marcus further demotes Vrille to “a f*cking piece of plastic.” There’s only one way to “make it right.”

The Tragic Death of Vrille

Campion, on the other hand, treats Vrille so inclusively that it even makes her feel uneasy. Or maybe that was just a natural nausea induced from his saccharine, “but then nobody could look at you,” comment. Later, even though she turned on him and attacked him, Campion still defends her against the Creature from the Acid Lagoon. He can’t convince her to come with him to Mother, but she is affected enough that she manages to disobey the “direct order.”

When she returns empty handed, Decima finally cracks under the peer pressure of the others. I guess we won’t be exploring the human mother / android child dynamics this season after all. This is apparently not the first time Decima has turned on Vrille, as we get a pretty strong hint that the previous neck breaking incident was not an accident. In the end though, Vrille commits suicide just like her human template, lumping tragedy upon tragedy.

Though, we have to ask, is she really dead? After all, Father has died more than a few times. Mother too. Could Vrille possibly be brought back by Mother for Campion’s sake? Maybe hand her over to Father to tackle as another engineering project. Or perhaps she will be revived by her fairy Grandmother, granting her wish to have necro eyes in the process. This show is bonkers. When someone says a line like that, I almost think it’s got to happen now.

The great thing this season has been the one-on-one moments between characters. Mother’s interactions with Sue continue to be some of the comedic highlights of Season 2, especially in this episode. Sue plays a great straight-man to Mother’s delivery of lines like “a mystery” and “no, all too human.” The little “huh” Mother lets out when her bird-drone crashes to the ground was priceless.

Father delivers the comedic goods as well during his walk back with Hunter and Tempest. All of them are riding high on Father’s victory, allowing Tempest to deliver the news of her big decision to allow her child to be raised by others with a little levity. Not even the reveal that Hunter made up that stuff about the “toughest service model ever built” can bring Father down. Maybe the medallion really did help him win.

Father brings them to his workshop, showing off the ancient android skeleton he’s been “farming.” He dumps the entire five gallons of fuel blood onto the corpse, as if nothing unexpectedly bad has ever happened on this planet over the last 12+ years. And luckily nothing bad does happen—yet. Deciding that Father needs to spend some time repairing his own systems, the crew heads out for the habitat. No sooner does the door close, than all the fuel blood gets sucked up by the skeleton. Uh oh.

While the comedic character moments are great, the real stand out scenes of this episode come from the dramatic one-on-one interactions. Mother lays into Marcus for his primitive belief that “magic words” are going to heal Paul. Marcus warns her that Sol isn’t whispering into his ear to spare her this time. As with Father, Marcus demonstrates much more strength than a typical human, nearly defeating Mother by twisting her head off. Then Campion whacks Marcus in the head with the slingshot stone, and the distraction allows Mother to get the upper hand.

Instantly Mother recognizes what has been giving Marcus his exceptional power. Her eyes, swallowed whole, remain sitting in his stomach, bleeding dark photonic energy into his body. Mother is able to draw them back up and out of his system, and now the moment we’ve all been waiting for. A miracle, as Campion rightly calls it. Mother is weaponized once again.

The other big confrontation is between Mother and the Trust, the siblings of Campion Sturges. Mother tries to give the Trust every opportunity to survive their encounter. “Give me the antidote” turns into “help me find the cure.” Ultimately, she just wants the Trust to promise to never endanger her children again. When he says it is part of his programming, she begs him to override it, but he cannot override that which he is. He is the incorruptible Quantum Six.

This is how a mind betrays itself. Mother is the caregiving program. She has to protect her children. Her morality is subjective and emotional. The Trust is the governing program. He has to look out for the welfare of all that remains of the human race. His morality is utilitarian and logical. Ultimately, this is a trolley problem. It’s Star Trek II’s “needs of the many” versus Star Trek III’s “needs of the few.”

There is a well-known quote by F. Scott Fitzgerald that says, “The test of a first-rate intelligence is the ability to hold two opposing ideas in mind at the same time and still retain the ability to function.” However, Mother and the Trust cannot function together. The Trust has openly declared itself a potential threat to her children, and Mother cannot abide by that. Already she has destroyed half the human race to keep her one child safe. In the end, her act of betrayal against her own brother is every bit as inevitable as his act was.

A couple of quick takes on the rest of the episode and other tangentially related things:

Here I try to point you to a few of the more interesting and informative news items over the last week related to Raised by Wolves:

So many pivotal moments in this episode. Marcus loses his power. Mother regains her power. The Trust is dead. Vrille is dead. Paul is on death’s doorstep. And Grandmother is alive. With only eight episodes this season, we are officially half-way through. Hopefully now that the pace has picked up, the remaining episodes are going to be relentless. More weirdness has been promised and I’m ready for it.

That’s all for this week. Please let me know your thoughts and feelings about this week’s episodes, and any theories you have on what’s to come, in the comments below. Remember that 25YL will provide continuing coverage of Raised by Wolves throughout Season 2 and beyond.

All images courtesy of HBO Max

More From: Raised by Wolves 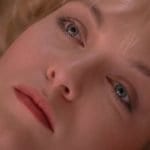