On May 21, 2017, I sat in my apartment alone, quivering in anticipation. I didn’t want to be around anyone else for this. I wanted total immersion as my favorite thing ever returned, something I never thought would happen and wasn’t even sure I wanted to happen until it was happening. But as that first Badalamenti chord struck, tingles shot up the back of my head, and as the credits rolled—a new sequence, mind you, much like the old one but different and somehow more ominous—I was sucked right into the new Twin Peaks.

It would proceed to take over my life. Even if I wanted to watch Twin Peaks alone, I didn’t want to think about it alone. I wanted to talk about it, interpret it, interrogate it, obsess over it constantly.

This is the event of Twin Peaks: The Return that few could have predicted (or perhaps we all could have predicted if we thought about it for two seconds)—landing in 2017 the show immediately began to spawn robust internet discussion, podcasts, videos, more podcasts, websites… This site itself would not exist were it not for Twin Peaks coming back.

As for its influence on TV and film, we can only speculate or listen to those who will tell us the influence it exerted on them. And this is the most striking thing: Season 3 of Twin Peaks managed to repeat the sense in which the original broke open the form of television, doing things with the medium people didn’t think were possible, or didn’t think would work.

How about an extended sequence set to Penderecki’s Threnody that takes us into the heart of a nuclear explosion? 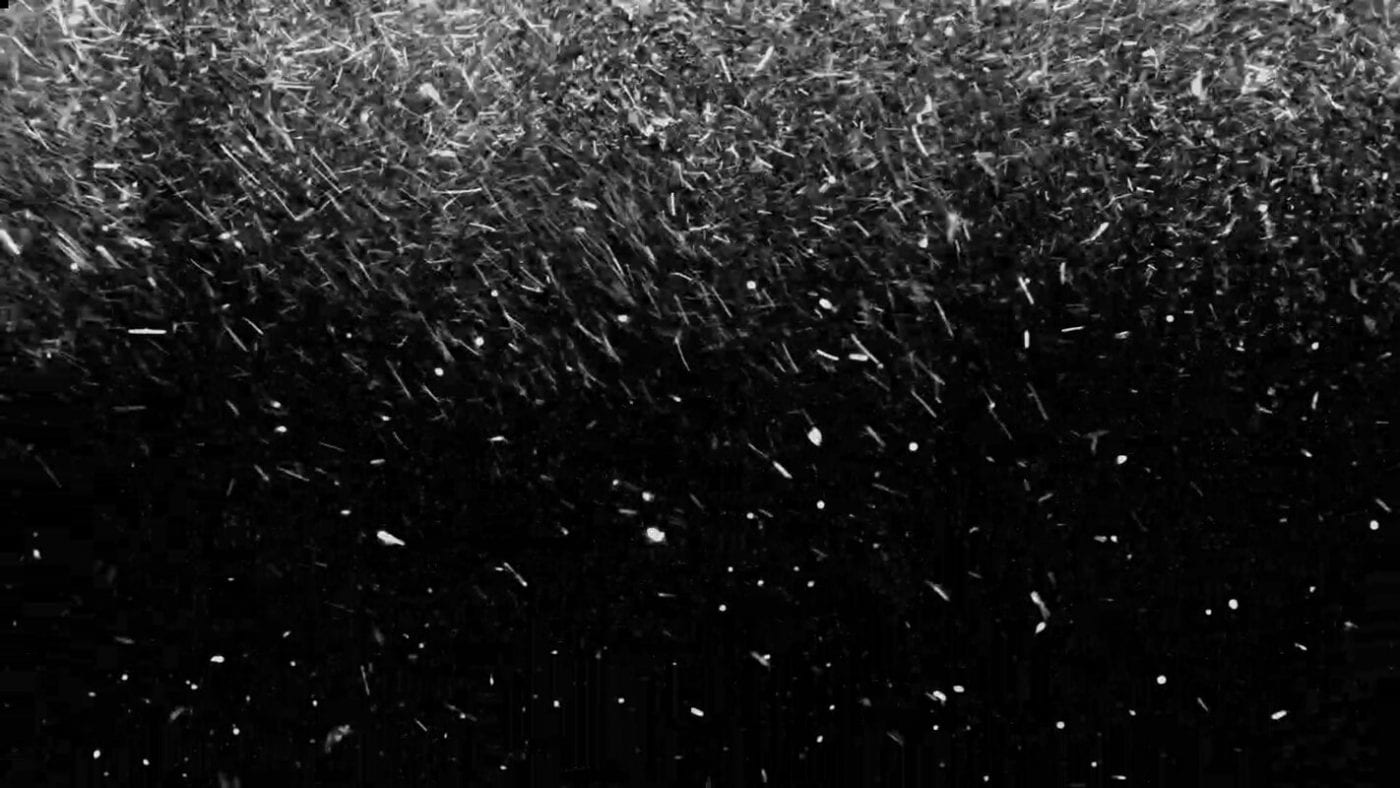 Twin Peaks: The Return doesn’t repeat Twin Peaks in an obvious or surface-level way so much as it repeats the event of Twin Peaks all the way down. Of course, this meant some didn’t care for it, because they wanted quirkiness and pie and coffee. They wanted just the stuff they remembered liking about the original series. They wanted nostalgia, and their Special Agent Dale Cooper, and The Return denies us Dale for a full 16 hours, or maybe for the entirety of its 18 Parts, depending on how you want to look at it.

Most deeply, Twin Peaks: The Return is anti-nostalgic. It constantly denies us what we think we want and sparks restless desire in the place of satisfaction. It’s slippery in here, as at every turn there are slippages of signification. Don’t call it a comeback; this is a return.

The Return is a full repetition of Twin Peaks, including the putative bad parts. They aren’t exactly the same, mind you. The reprise of “Just You” is only the most striking example. We should view all of the scenes in the Roadhouse along the same lines, like repetitions of those Season 2 storylines people found distracting.

I love all of it, but the important thing is how it serves the throughline of anti-nostalgia in Twin Peaks: The Return, demonstrating the way in which we do not want the thing again, warts and all, as here they put the warts in on purpose. Let’s just have a guy sweeping the floor for a while! How about a conversation about people we’ll never see onscreen at all? 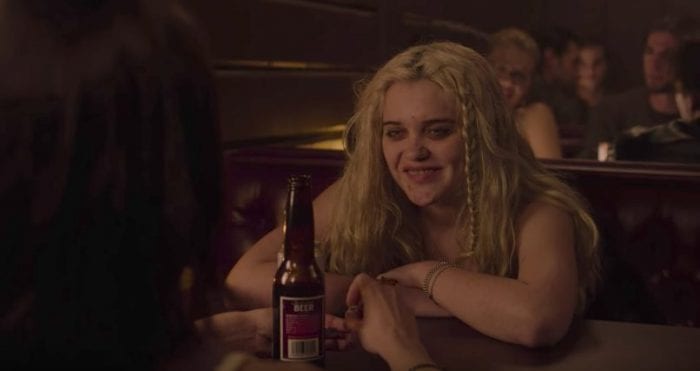 Because through all of this, Lynch and Frost were able to recreate the event of Twin Peaks—the new series resonates with the old more than it reenacts it. And they deny us what we thought we wanted far beyond what anyone would have guessed they would dare.

Week after week we waited for Audrey and debated when Cooper would return, or if he would, and then ultimately if he ever even did. And when Audrey finally appeared, it was in the most excruciating scene I have ever seen on television. When she yells at Charlie for not telling her what Tina said on the phone, she shouts for all of us, expressing our frustration even as it is also a frustration with her because she doesn’t help us get our bearings either.

Where’s Billy? Who is Billy? Is it Billy Zane? Does Twin Peaks: The Return stray into the “real world” or present some kind of meta-commentary on itself? Of course it does. 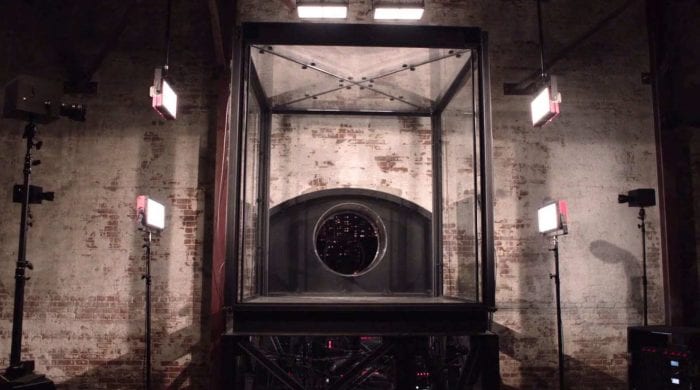 Remember how the captions said Bing at the end of Part 7? We talked about it all week. And of course Bing is David Lynch’s son and Emily Stofle is David Lynch’s wife. Take all of this as you will.

There were glitches in time in Twin Peaks: The Return, or maybe they were mistakes, but these proliferated—a text message punctuated and capitalized differently when sent and when received; Diane’s nail polish; and so on and so forth. It got to where the position of those who claimed they were simply continuity errors got less and less tenable, though I’m sure some still hold that view.

I like to think the starting point of all of this may have been in the confusion about what year the original Twin Peaks occurred in, which may have stemmed from a mistake in the publication of The Secret Diary of Laura Palmer (if it was a mistake). Is it 1989 or 1990 or 1991? What year is this? The trading card for James Hurley gives his birthday as January 1, which is clearly not the date it is being celebrated in The Return. The timelines don’t line up. They did this on purpose.

There’s football practice in the springtime.

It’s only too fitting, then, that when The Return was released on Blu-ray and DVD they decided to change the name to Season 3. How could it be Twin Peaks if we weren’t disputing over what to call it? Which one is Episode 2? Is S1E2 the same as that? (It isn’t.) And then there are the titles for the original episodes stemming from its German release, which we can see a further repetition of in how some will use the taglines for the episodes in Season 3 as if they were titles (they aren’t, they’re episode descriptions). 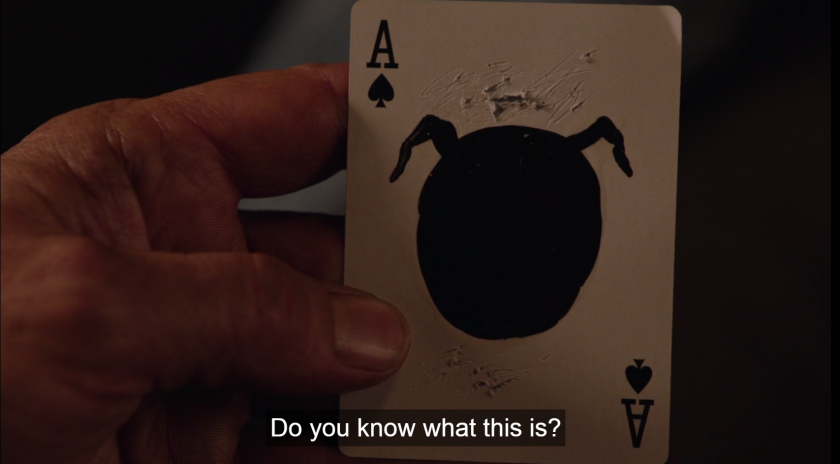 But then what does it mean to feel nostalgia for something that is fundamentally and at its core anti-nostalgia? I think what we want is for it to happen again, and the “it” wouldn’t have to be Twin Peaks, but just anything that could spur so much collective thinking and be the spark of so much inspiration. It’s another repetition of the event that we (or, at least I) truly desire.

The thing is, we can get that, insofar as the Twin Peaks we have is infinitely rich already. It’s like Lynch would say when asked over the course of two decades—Twin Peaks is still there. We’re the ones who’ve left it.

If you thought that we were going to get some resolution of everything in Season 3, you were sorely mistaken. And it would be the same if they did somehow make a Season 4. The ending of Part 18 is perfect because it somehow manages to repeat the utter disorientation and terror of the end of Episode 29. A simple question rings out and becomes iconic.

What year is this?

I’ve never valued nostalgia myself, but I am nostalgic for those days of 2017 and the spirit of communal obsession that pervaded my life for months and months, well into 2018. There is no denying that this has faded, and I miss it. But even that’s still there, in an attenuated and diffuse fashion. Maybe the final act of the repetition of Twin Peaks is yet to come, where it once again becomes a cult show—something most people have never seen, or only vaguely remember, that is perhaps hard to track down—and I don’t know that this would be a bad thing.

Obsessing over Twin Peaks binds us together and serves as a calling card to others, both wonderful and strange. Let’s keep strolling together, forever.

See you in the trees.