Did you know that nachos are named after a guy named Nacho? He invented the snack on the fly for some hungry customers one day. There is no particular reason I am telling you this, though given that we’re providing recommendations in this feature, I do recommend nachos without caveat. I don’t have paragraphs to write on that, but below you’ll find some of our writers recommending things they’ve been into lately. Check back each week for more. The point here isn’t really that something is new; it’s that it’s worth your time. This week, Hawk recommends Sonic the Hedgehog 2, Caemeron checks out AMC’s digital short Cooper’s Bar, and Lor has been watching old Gamera films. 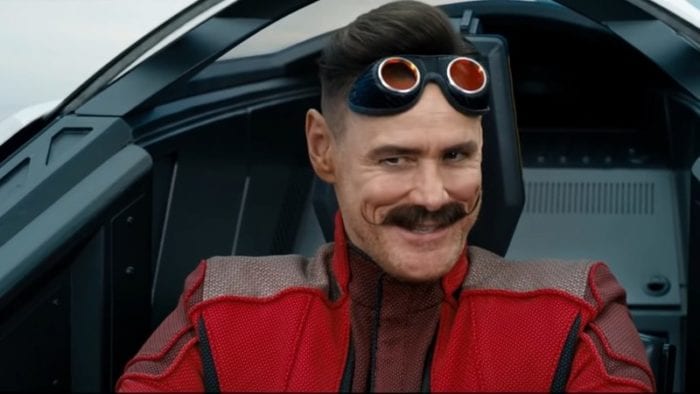 Hawk Ripjaw: 2020’s Sonic the Hedgehog was, in many ways, one of the best video game to film adaptations, and in some ways, the best. Sure, the fiasco that was the hedgehog’s original design almost doomed it, but the redesign was a near-perfect interpretation, and the movie itself was a lot of fun—if a bit juvenile—and packed with Easter eggs for the fans. Sonic the Hedgehog 2 is an improvement on nearly everything the original did right.

The movie opens with Dr. Robotnik (Jim Carrey) still stranded on the mushroom planet, but with no shortage of gadgets and Rube Goldberg machines crafted from mushrooms. Finally able to transport himself off-world, Robotnik runs into Knuckles (Idris Elba), an echidna hell-bent on recovering the “Master Emerald” and destroying Sonic (Ben Schwartz) to avenge his tribe. Luckily, Sonic makes a new friend as well in Tails the fox (Colleen O’Shaughnessey), and it’s a race to see who can find the Emerald first.

I laughed early and often at this sequel. There’s still plenty of juvenile humor, but there’s less of it, replaced by some genuinely funny jokes. They don’t all hit, but the ones I didn’t personally find funny will work on the kids. Jim Carrey, now sporting the absurd mustache he earned at the end of the last movie, goes even more nuts this time, and it’s clear he is relishing the ability to return to his zanier days. Wisely, the movie also takes Tom (James Marsden) and Maddie (Tika Sumpter) out of the main plot thread by sending them to Maddie’s sister’s wedding. The Sonic/Tom dynamic worked well enough in the first movie, but it also held it back. Now that Sonic has settled into the family, there’s a lot less of that relationship-building baggage.

Sonic, Knuckles, and Tails are all beautifully animated and expressive, Jeff Fowler’s direction is energetic and stylish, and the movie is rarely boring (I could have done without the dance battle). It’s so awesome to finally see them all on the big screen together! There’s also plenty of heart, as Sonic builds his father/son dynamic with Tom, and develops his legendary friendship with Tails. And every few minutes, we get treated to a surprisingly dynamic, inventive, and exciting action sequence.

It is by no means a masterpiece, and it might not linger long in the memory, but Sonic the Hedgehog 2 is better than the lion’s share of both video game movies and family films, and it does what seems to be in such short supply lately: it’s having fun! It’s a breezy, silly, and entertaining flick for anyone, and the references to Sonic lore are in even greater supply. A third movie has been confirmed, and with how much fun I had with the first two, I’m looking forward to celebrating with other Sonic fans that we finally have a video game film franchise about which to be excited, instead of worried.

Caemeron Crain: This week I decided to check out Cooper’s Bar, which has just been released as a digital short by AMC. I have to admit that the decision to do so rested almost entirely on the fact that Rhea Seehorn is in it, and given how the release of Cooper’s Bar was timed to be on the heels of the Better Call Saul midseason finale, I get the impression that this was what AMC was banking on.

Mostly, Cooper’s Bar is just an easy-to-digest fun little bit of TV. The episodes are around ten minutes long, and with only six of them in the season, you could easily watch the whole thing in a sitting. However, it’s to the show’s credit that I didn’t feel super inclined to do so. It was engaging enough, mind you; what I mean is that each episode actually felt like an episode as opposed to merely a short segment of a longer whole that had been cut for no good reason.

It may be that each episode is only the length of a scene, but each nonetheless has the kind of thematic consistency to stand as a unit on its own. There isn’t much to the plot, which centers on the antagonism between Cooper (Louis Mustillo) and Seehorn’s Kris Latimer. Probably we’re supposed to be rooting for Cooper and his friends, but I don’t know that I really was. Regardless, I found Cooper’s Bar to be an enjoyable thing to watch as I had a snack and doled it out to myself over the course of a few evenings that way.

Maybe put it on next time you’re eating a plate of nachos.

Lor Gislason: My partner is a huge Godzilla fan (his favourites are Biollante and Destroyah, if you’re wondering) but neither of us was too familiar with his shelled cousin and “friend of all children”, Gamera. We’ve been working our way through the films thanks to the Arrow Video box sets of the Showa and Heisei films, respectively, and while they definitely have some stinkers, it’s been a fun experience.

Gamera by nature is a bit less agile than Godzilla, but what he lacks in hand-to-hand combat he makes up for with shooting rocket boosters out of his shell! Seeing him spin around like a UFO is just adorable, and it does seem quite effective to slam into guys like that. I admit one of my frustrations with Kaiju films is the focus on human characters, even if I understand it for plot and budget reasons. Gamera is especially hung up on this recurring duo of a Japanese schoolboy and his American counterpart—and I just couldn’t care less. Who let these boys pilot a submarine?! Now they’re in space and I guess Gamera has psychic powers because he somehow knew exactly what planet to find them on?

Our favourite moment so far was completely unexpected and had us in tears from laughing. In Gamera vs. Gyaos, the winged baddie gets his toes munched off by our hero. He retreats to his lair to regenerate and once his new foot has grown in, the monster lets out a triumphant shout and a celebratory jump—dislodging a stalactite that lands squarely on his toes. Gyaos closes his eyes—as if letting out an exasperated sigh—and screeches. I don’t know if it was intended to be this funny but the simplicity of the movements and relatability was too perfect. I’m not sure how the more modern films can top it, but we’ll see!