And they’re at it again. Season 11 of the X-Files started with a whimper last night. It wasn’t a bad whimper, overall, until the end, of course. As an objective, analytical viewer, I could report that it was a fairly boring piece of exposition until Mulder slit the throat of a henchman trying to kill Scully, which was just about the hottest thing I’ve ever seen on television and might say some things about me that I’d rather not recognize. I could report that it had its share of the pseudotypical Season 10 “here’s the new conspiracy” moments with a few good turns for long time favourite and X-Files newby Barbara Hershey, that Skinner, as usual, was underused, and Monica’s decisions, like last season, don’t make any sense. I could say that William B. Davis’ Spender  – excuse me, that’s Carl now – almost stole the show. I could tell you that it was frustrating not to get a good, clear picture of William’s face. I could say that Duchovny and Anderson’s chemistry is still riveting. And that 45 minutes of television flew by in a mindless blur until the final twist at the end, which may or may not be true. All of those things, if I chose to relate them, as an objective, analytical viewer would be true.

But the Truth – and The X Files has ever been about the truth – would be that it felt like the same, tired, contrived crap from Season 10 and lacked everything special that made the X-Files, the X-Files. The personal affront to essentially all viewers sensibilities aside (said affront being of course, the final twist) there was nothing about this episode besides Duchovny’s and Anderson’s gorgeous faces to save it.

Of course, this is all discounting the fact that the episode is titled “My Struggle III”. In Tuesday’s AMA, Chris Carter called the “Struggle” episodes their own series. Which means that they’re incomplete. Maybe when all of them are aired, they’ll work better. While I’m not too hopeful, it isn’t impossible.

So what’s the angle? What culmination will we arrive at from each piece of mythology – beloved and derided at turns – when all is said and done? There’s a new conspiracy in town, featuring the mirror image of the Smoking Man and Monica duo almost like agents Miller and Einstein are to Mulder and Scully, for better or for worse. The opening montage was a great mix of current events and narration, something which the X-Files has always excelled at, being relevant, that is. Discussion of fake news, of government culpability, population gullibility, these are all things which The X-Files stood for in years past. It makes a valiant attempt certainly, and I’m sure it will carry through as the grander theme this season. It makes sense that another Syndicate would spring up in lieu of the other one; that is something that happens in real life, every day, whether we know it or not. In this, The X-Files is straightforward about its goals this season. What is there to analyze when you’re being told?

Except that this is The X-Files and nothing is ever straightforward for our beloved Agents Mulder and Scully, especially when it involved CGB Spender. I believe Mulder was right in calling the new Syndicate’s bluff. He wasn’t taken in by any means. This is old hat for him, and he’s tired of the runaround. As for Skinner, I’m less certain. Skinner has always been between a rock and a hard place considering his position with the FBI, but he’s been known to be manipulated and I have to believe that it is happening again. There is a lot that Spender has to gain from keeping Skinner in his pocket, even if he didn’t take the deal. With Skinner believing that Scully and Mulder’s son, William, may actually be the product of medical rape (seriously Chris Carter? Again? It’s disgusting and sick.) and the child of Spender himself, Skinner isn’t in the best position to assist his friends. Let it be said now that Spender has always been a liar and he is likely still lying to this day. For those who are uncertain, the timeline (which has admittedly always been poorly maintained, as somehow Scully managed to have a 11 month long pregnancy or so) wouldn’t fit. If you’re uncertain, you can check this most lovely curated timeline  under the episode tag “En Ami”, and the year later under the episode tag “Existence”, to see that her trip with Spender took place Spring of 2000 and that William was born in late May of 2001. What Carter is trying to insinuate is physically impossible.

For those still worried, I’ll say it plain: William is Fox Mulder’s child, all else be damned. 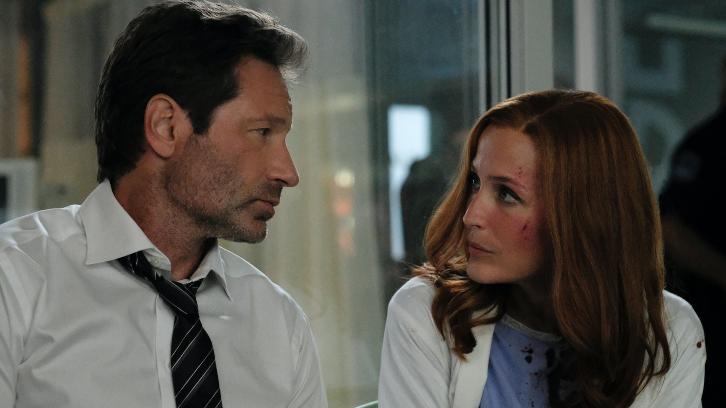 As for Scully, and Jeffrey Spender, things are murky there too. For one, Scully never asked Jeffrey to keep William safe – he was adopted out to the Van de Kamp family after Jeffrey left. It was a secret, closed adoption and Scully had no contact with anyone who knew where he was going. This is also a fact.

Last season, it was unknown if a following Season 11 would be forthcoming and Carter has always said that he wrote each season finale as if it was the series finale, sometimes with little idea of where he would take it next, sometimes not. It is clear to me that this fictitious or premonitious timeline from the finale of last season, now revealed to be the dreams of William via Scully, is shoehorned and not planned ahead, despite what Carter might be saying presently. So if one timeline is overwritten, and apparently a vision, potentially one that will never come to be as it was, and a massive inconsistency like Scully’s interaction with Jeffrey Spender very prominently stated, it’s possible that what has happened in this episode is also false. When you’re dealing with dreams and worlds inside dreams that end up being false, it’s hard to tell afterwords what is real and what is not. Inception at its finest.

Until it is determined otherwise, I’m inclined to disbelieve what I can outright contradict with other, verifiable facts. As they say, Trust No One. Only time will tell however, and that time is next week Wednesday at 8/7c.