Eraserhead, the 1977 feature film debut by director David Lynch, is a stunning achievement of dedication and artistic commitment, and also happens to be my all-time favorite film. Upon my introduction to David Lynch through a screening of Mulholland Drive in my first ever film class in college, I quickly decided that I needed to see everything he had ever made. I could not get the world Lynch created out of my mind. The distinct sound design and exceptional narrative style Lynch creates inspired me to see everything he had ever done. Eraserhead was the second Lynch film that I watched once I started going through his filmography, and to this day, that magic I experienced from seeing it for the first time persists. Lynch has famously stated that he “wanted to make paintings move” when asked why he began filmmaking. Eraserhead was a labor of love for Lynch. The film was largely inspired by his unhappy time in art school in Philadelphia and would take five years to complete. What began as a student film evolved into a personal exploration and intense commitment to detail that would not always enjoy adequate funding to complete. Much of the film was financed by Lynch and his tight-knit crew that he would keep with him throughout his career. The family that Lynch created and curated throughout the five-year shoot can be perceived on screen adding to the experience Lynch creates, pulling the audience into his milieu almost demanding they return for more.

Thousands of think pieces have been written about the plot and possible meanings of Eraserhead, none of which provide any clarity or certain insight, as the creator himself has declined to offer one specific meaning of the film. Famously shrouding the works of his career with mystery, Lynch rejects the notion that art must come with one preconceived motivation. Freedom for interpretation seems to be paramount for Lynch, as he has stated that his films should leave “room to dream”, and to decode a film is akin to explaining an idea–an impossible task. The commitment David Lynch shows to himself and his creative process, while simultaneously pulling audiences in by respecting their theories and understanding of his work is a large reason why he means so much to me as an artist.  My cinematic experience has been elevated by accepting David Lynch’s invitation of viewing his abstract work and being given liberty to think critically of it and arrive at my own interpretation. 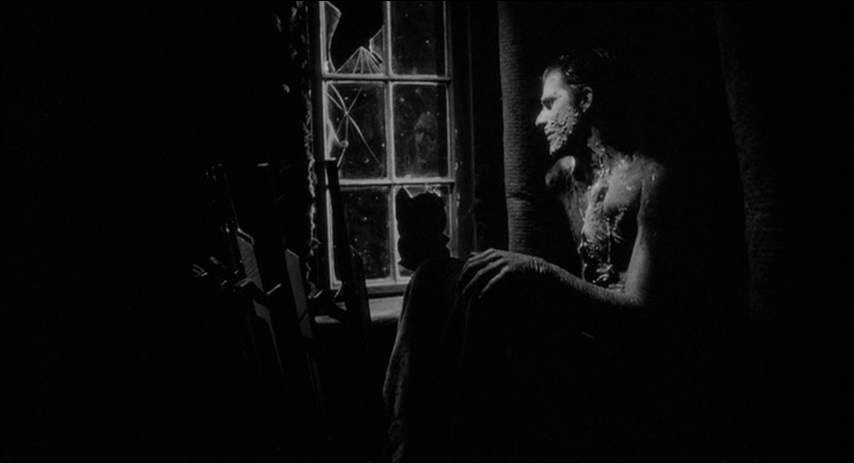 What I love most about Eraserhead is that, like a number of other affecting pieces of art, something new can be discovered about it with each successive viewing.  Leaving his work so available for interpretation provides a unique viewing experience each time you calibrate your television, per Lynch’s instructions. Upon my most recent viewings, what I paid special attention to was the isolation Lynch seemed to strive for in Eraserhead. Lynch was sure to flesh out and give a story to each character he featured, but he also gave them an intense aura of isolation and inability to interact with each other. What was holding them back? Why is it that even the two families presented through Eraserhead have trouble connecting with each other in a meaningful way? Lynch doesn’t provide any answers, and really, we wouldn’t want him to. What he does provide, however, is enough room to meaningfully evaluate his art and arrive at a distinct understanding, making his films a uniquely engaging experience.

Henry Spencer is probably my favorite character ever committed to film. He is deceiving in his simplicity, concealing a multitude of emotions beneath his surface. Living in a world he doesn’t belong in, Henry has difficulty navigating his surroundings. Spending a majority of his time in solitude, Henry walks alone, lives alone, and provides for himself few opportunities for leisure. The one recreational activity he does take part in, listening to music, is devoid of lyrics. The instrumental tunes remove the possibility that Henry may subconsciously feel closer to someone simply by hearing another voice. Secluded, with few comforts in his home and meager material possessions, Henry often gazes longingly at the world around him, almost as if to suggest that turning that gaze inward would be a sorrowful experience. The first time we see Henry interacting with another person, as his neighbor relays a phone message, exposes a man who rarely interacts with others, and someone with whom it would be difficult to imagine carrying on an intimate interpersonal relationship. 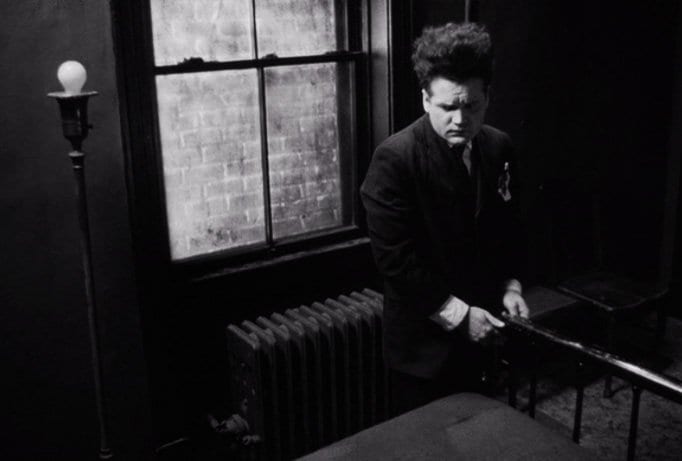 Despite how difficult it is to imagine that Henry Spencer could possibly carry on a relationship, we meet Mary X, a woman who lives with her parents and has known Henry intimately, though seems to have left him without giving a reason. Perplexed that he has been invited to dinner in her parents’ home, Henry arrives and asks Mary where she has been and looks hurt when saying “You never come around anymore”. Mary is clearly someone that also lives her life in an isolated state. There is not a single note of warmth as she greets Henry, leaving the audience to suspect that they did not share an especially affectionate relationship. Despite her reason, the fact that she ended her relationship with Henry by avoiding him speaks to the fact that she, like Henry, is ill-equipped at carrying on a healthy human connection. Her body language speaks volumes as she is constantly maintaining spatial distance from Henry, despite the audience learning that the two have created a baby together. The isolated life she has fashioned is threatened when her mother expects a marriage between her and Henry, due to the fact that she has birthed his child. She weeps at the prospect of a marriage and seems overwhelmed by the idea of constant companionship, revealing a nature in her that prefers to be alone.

When Henry and Mary live together, their reactions to sharing a living space could not be any more different. Mary, clearly overwhelmed by child-rearing and the lack of sleep she has endured since moving in, is constantly frazzled and agitated. Stressed with the responsibility of learning motherhood, Mary also seems reluctant to reach out to Henry, despite the fact that they now share a one-bedroom apartment together. Conversely, Henry is seen enjoying his one moment of true happiness when he smiles at Mary as she’s feeding the baby. Henry looks genuinely euphoric at the sight of two people sharing his home, suggesting that perhaps he isn’t so far detached that he can’t enjoy the company of others. Even after a moment of such joy, however, Henry is immediately drawn back to gazing at his radiator, an item that seems to be representative of escape for him. When the constant crying of their new baby proves too much for Mary, she retreats back to her isolation, promising to return once she gets a decent night’s sleep. At Mary’s departure, Henry becomes despondent and begins to resent his baby. In a dream, or vision, perhaps, Henry loses his head, and it is used to make pencil erasers. This moment, wherein Henry’s body is used as a tool with a purpose, seems to represent the ultimate statement of disassociation for Henry. He was so isolated from the world and those around him, he was perpetually “on vacation”, and he was unable to build a meaningful home life once he shared his dwelling with someone. These factors seemed to lead Henry to the feeling that he was only useful if he was re-purposed. The devastating blow of Henry’s solitary life coming to an end, and his inability to please his new family, revealed his deepest insecurities, proving there exists much more depth to Henry than initially anticipated. 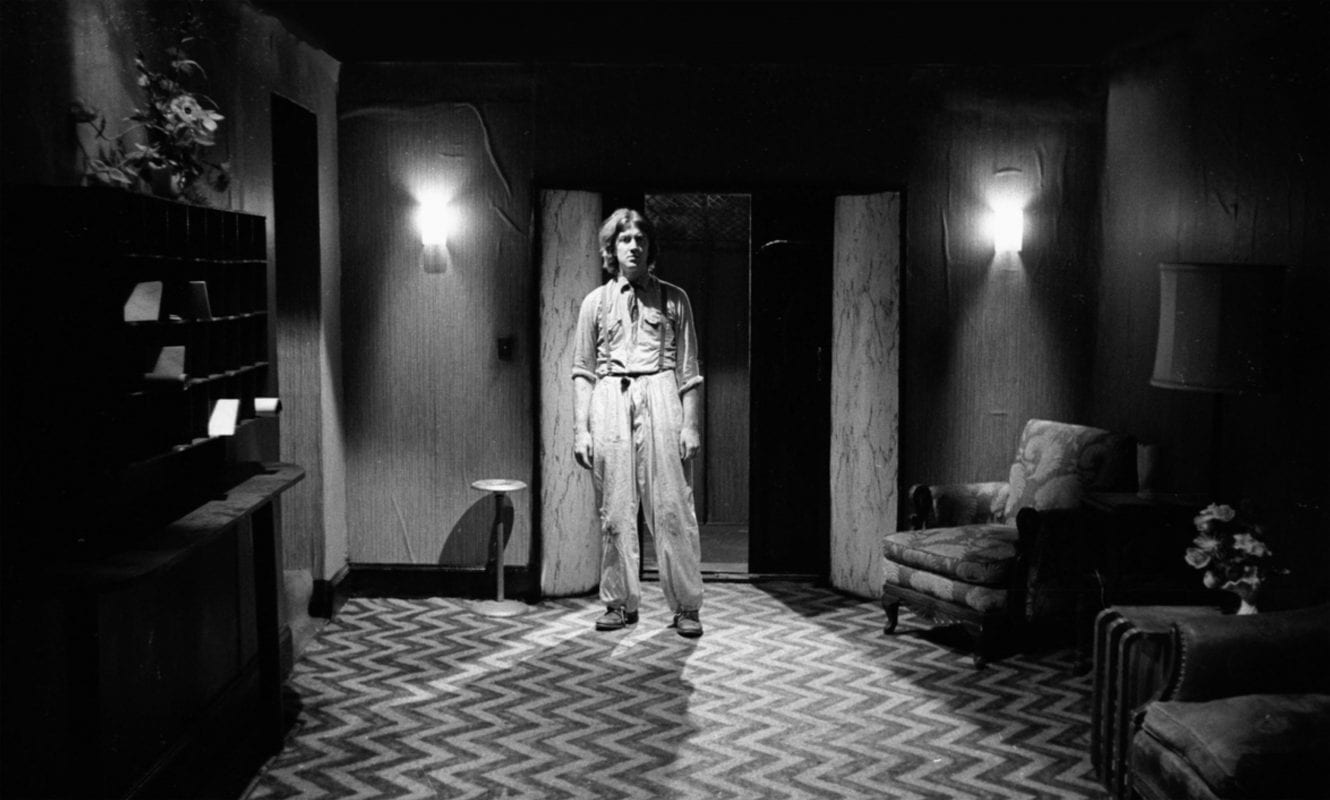 The brilliant transcendental sound design is as stunning as it is off-putting for the audience. David Lynch doesn’t care about how comfortable you are watching his films. In fact, Lynch seems to strive to ensure the audience’s discomfort, especially through Eraserhead’s opening sequence. The audience is introduced to a horizontal man with sky-high hair in stark black and white photography while indescribable sounds reverberate as the film proceeds. Such a provocative introduction isolates the audience immediately and is sure to divorce them from any preconceived notion regarding the film. The power Lynch wields in creating something so different in the opening moments of Eraserhead and setting such a strong mood of seclusion is the power of a true auteur. Forced to take our cues from the splices we can muster through the film, the audience understands the solitude illustrated throughout the film, and becomes an active participant in Eraserhead‘s narrative. Perhaps this seemingly intentional audience isolation goes back to David Lynch’s insistence that a viewer approaches his films prepared to discover their own interpretation. Lynch empowers his audience through the surreal landscapes of his films and, for that, I am forever grateful.