I first attempted to watch Eraserhead eight or nine years ago when I first started to really get into Lynch.  I failed.  I didn’t even make it to hear the first dialog (a little over 10 minutes into the film) before I was overcome by the urge to find something else to do.  Cook something, brush my teeth, stare out the window, something that was light and real and active.  However, I have always felt guilty about not watching it.  Like I missed out on something important and basic—a sort of genesis of the Bible of Lynch, so to speak.  So, I signed up to watch it for the first time and review it for our “Learn Lynch” series, because then I would have to watch it.  Not “someday,” not “when I’m in the mood,” but now.  Because for a movie like Eraserhead, chances are that I would never be in the perfect mindset or the optimal mood to feel like watching it is what I want to do more than anything else.

So, 40 years after it was first released, several years after my first attempt, and a few weeks after The Return finale, I gave it a go.  I was excited to watch it, but nervous at the same time.  I kept thinking things like, “It has Pete Martel and Bobby’s mom in it!” then reminding myself that it wasn’t going to be Twin Peaks and that I was just setting myself up for disappointment if I were to keep looking at it that way.  But how could I not, when I look at everything in life through a Twin Peaks lens? 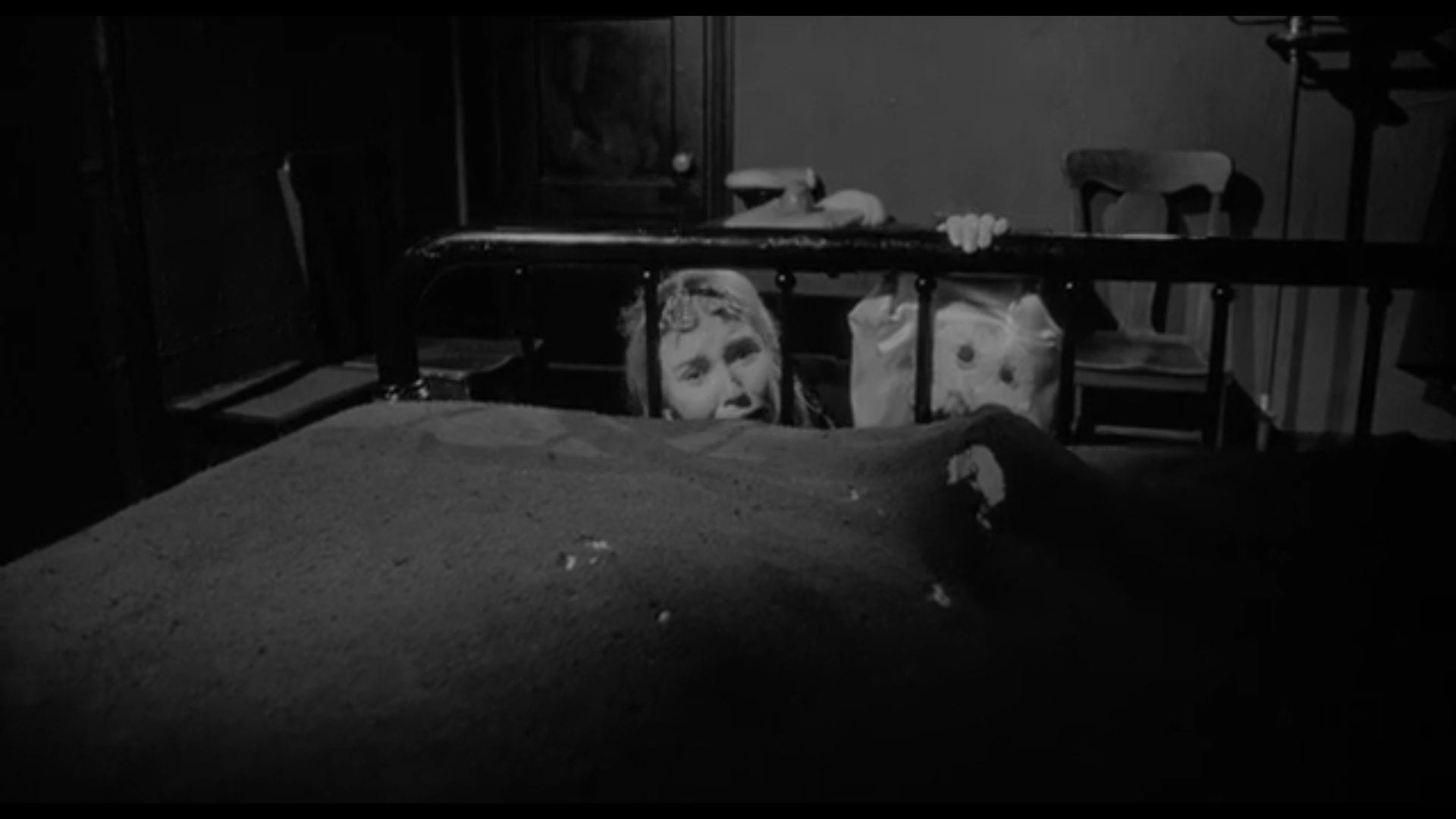 I have to admit that my first viewing was not an optimal experience.  I couldn’t find the film anywhere locally to rent or buy, so I had to purchase a digital copy.  This would be fine if the Black Lodge didn’t have to come and interfere with my internet connection and make it so that it took me five hours to watch an 89-minute movie.  On top of that, I just came down with a head cold that is making my brain feel extra foggy and slow.  It wasn’t always easy to figure out where Lynch’s patented ethereal wooshing sounds ended and the sound of fluid in my ears began.

If I were to summarize the film in its entirety—as well as my experience watching it— into one word, that word would be uncomfortable.  From the itchy-looking moth-eaten wool blanket on Henry’s creaky bed to the painfully awkward “meet the parents” scene, I felt like my skin was crawling with discomfort.  Although I normally love the dreamlike quality of Lynch’s work, Eraserhead had a nightmarish quality that I wasn’t sure I could wake up from.  A little over two years ago I gave birth to my first child.  Although he was a much cuter newborn than the bandaged creature Henry fathered, (I must admit that I have a personal bias,) there was something very familiar about the anxieties of being a new parent and suffering from lack-of-sleep-induced insanity.  It was also not unlike the nightmares I had when I was pregnant—the type of nightmare that convinces you reality isn’t real and safety is an unattainable fantasy. 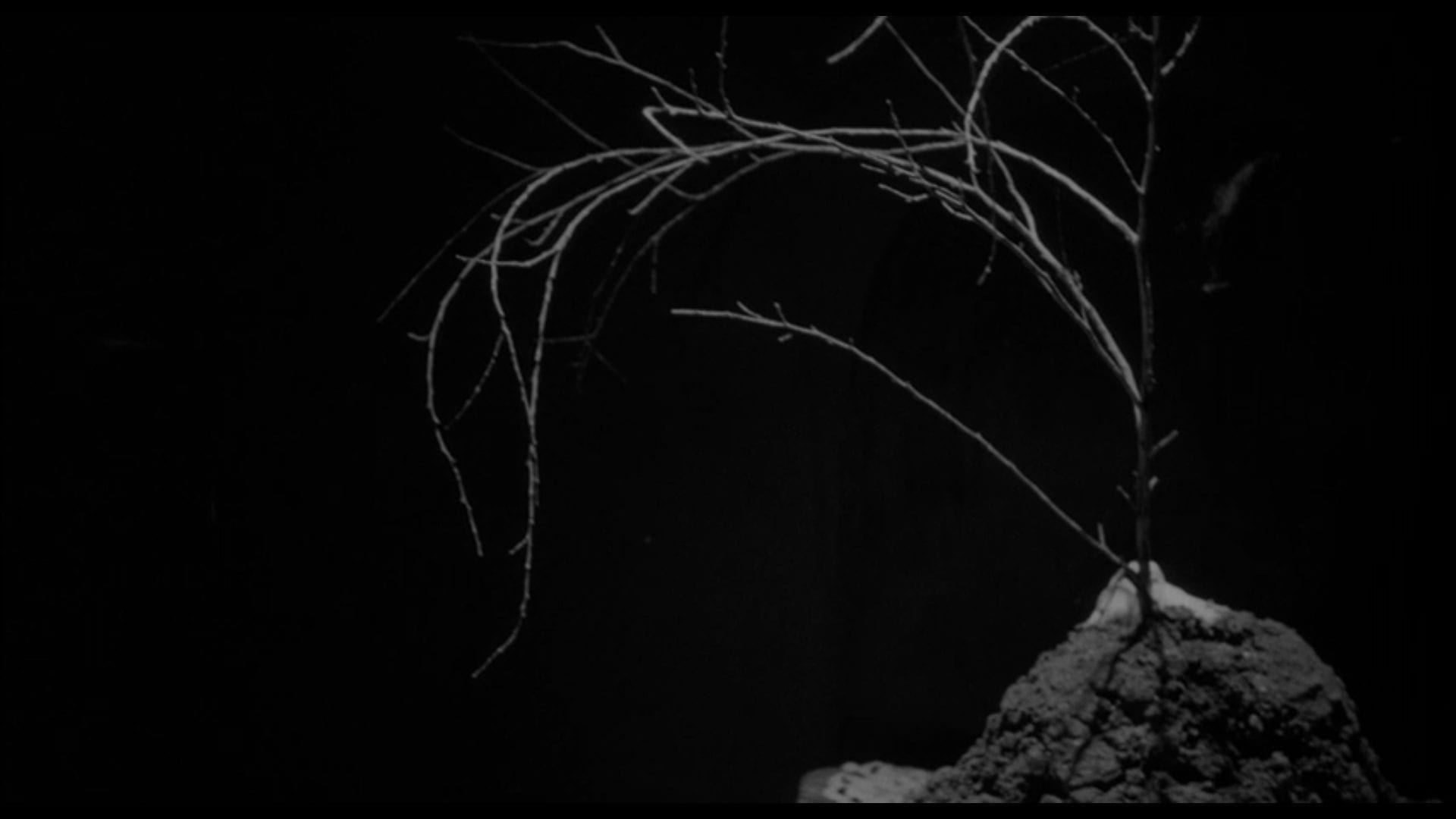 It is true that Eraserhead is no Twin Peaks, but it is filled with similarities that are strikingly familiar to our beloved show and many a Lynch movie.  For example, there is something seriously wrong with electricity.  The lights flicker, the outlets spark, and there seems to be a direct correlation between evil and the wiring in Henry’s apartment.  Also, the main character has a sparse tree planted on his bedside table that looks quite like a doppelganger of The Evolution of the Arm.  There is something very scary about a person lurking at the foot of one’s bed, whether it’s your wife and mother of your child or a manifestation of evil who enjoys possessing the father of a teenage girl.  There is also something very concerning about a major appendage going completely numb for no apparent reason, and mysterious skin conditions seem to be quite contagious and prevalent.  The nasty goo that leaked out of the man-made chicken looked quite like scorched engine oil, and the mess that oozed out of the baby-type-creature looked quite like creamed corn.  It also left me with a giant question mark hanging over my head, as most of Lynch’s work does.  Who was that one guy with the gear shifts in the moon type thing?  What was that baby type creature, really?  Why was there a woman that looked like a blonde Betty Boop living in the poor man’s radiator?  What was with the giant masses of steel wool decorating Henry’s apartment?  What. did. I. just. watch? 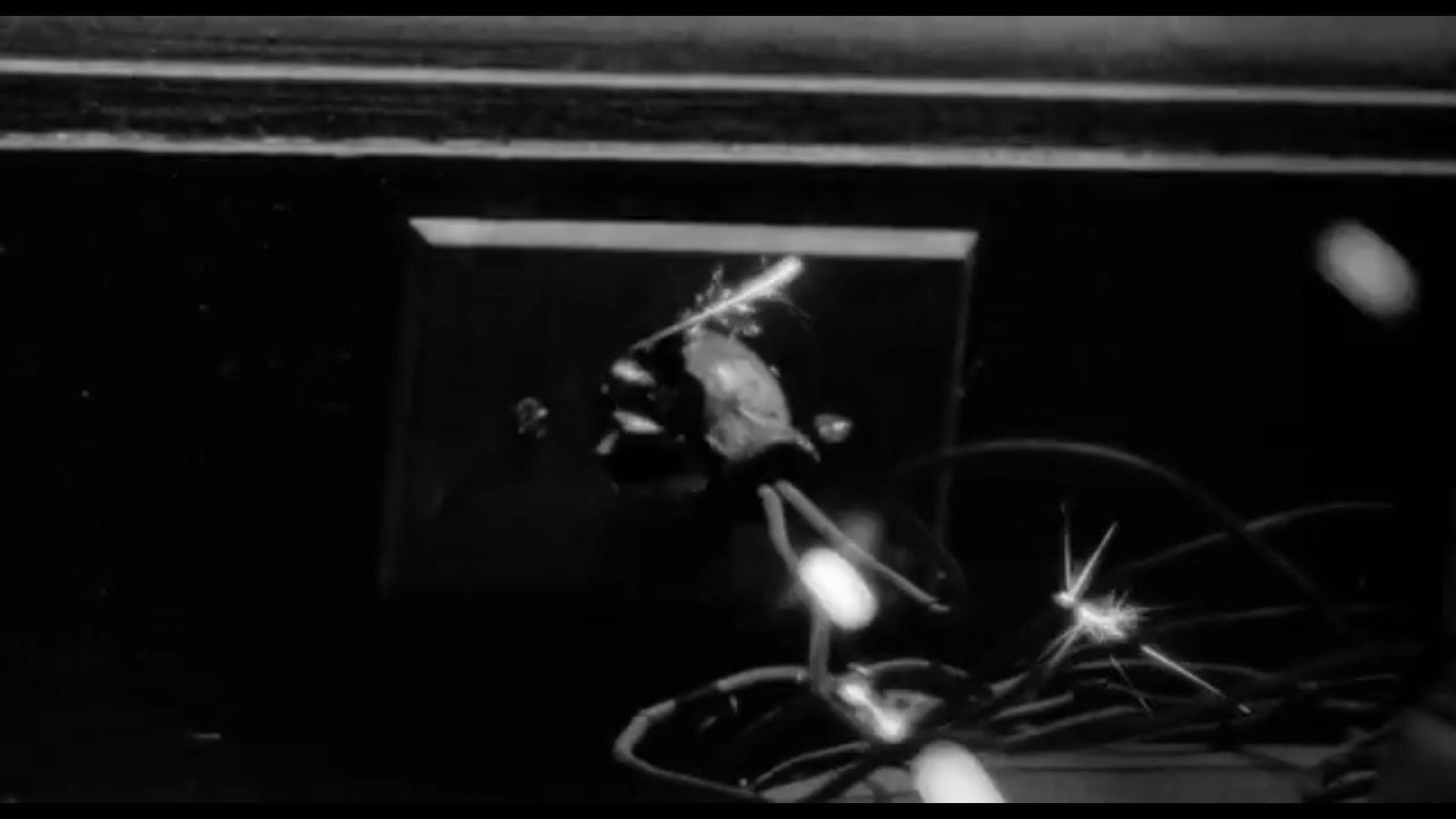 Did I love it? No. Did I like it? Not really. Was it good? It was bloody fantastic.  The only thing missing from this film that I expect from Lynch is the yellow lines in the middle of the road flashing by and the groovy tunes of Angelo Badalamenti (who is the peas to Lynch’s carrots.)  I imagine that I will enjoy the movie a lot more during my second viewing, as I did with Fire Walk with Me. But as far as my first viewing goes, I feel like my brain is a puddle of mush and I am not sure if I will ever get a good night’s sleep again.