This week on The X-Files Season 11, Episode 2 “This”, things felt a little bit more normal. And much more in sync to what I expect when I see Mulder and Scully on television. It’s become clear to me that the entirety of Season 10 really hasn’t happened, not just the episodes pertaining to the greater mythology. Mulder and Scully aren’t separated. The X-Files haven’t been reopened. They’re on the outside, and don’t trust their only contact on the inside. Essentially, this is Mulder and Scully as rogue agents and it is everything I have ever wanted, even if my hopes to see elements of the comics integrated into the show have been shot down already. From spousal banter to presidential trivia to cracking jokes about the Late Beloved Lone Gunmen, this episode was very much in line with some of the classics.

The World of Technology is a scary place more times than not. They used to say not to stand too close to the microwave. That sitting too close to the TV would ruin your eyes. That talking on your cell phone for great lengths of time would fry your brain. That the Department of Homeland Security, the FBI, the NSA, the CIA (take your pick) or whoever are watching you through the webcam of your laptop.

I didn’t have a smartphone until three years ago. After last night, I’m even more firmly feeling the need to put it down and far, far away from me. Last night’s episode of The X-Files hit close to home for the paranoid, the “distrustful of the government” and a whole swath of other folks. As Skinner so aptly put it after Mulder and Scully were attacked in their home “The Bureau isn’t in good standing with the White House these days”. Even the “Russians” make an appearance in this story as “cooperating agents”. The commentary here should be lost on precisely no one. The X-Files has never taken a back seat to political critique. (Lest anyone forget the questionable looks that our two favourite agents give the picture of W. Bush in I Want To Believe.)

We live in a distinctly distrustful climate these days, and, just as I speculated last week, that element has become the thread which carries through each episode, especially the hat tip to Season One’s whistle blower and original X-Files martyr “Deep Throat”, whose name has finally, after all these years, been revealed to be Ronald Pakula. Fitting to remind us of the character in this day and age, the way things have been going, when we hardly trust our neighbours, much less the government or sometimes even the media, to tell us the truth. The age of whistle blowers, it seems, is gone.

“This” reminded me very much of Season One’s “Ghost in the Machine”. A little about me: I can’t watch iRobot because I’m terrified of sentient technology. I’m very frightened by our advancements to be quite honest. And as someone who taught Science Fiction Literature to highschoolers, I’m sufficiently well read enough in the Sci-Fi genre to be afraid – very afraid – of virtual life.

I hesitate to call this episode an attack on society’s dependence on technology. It’s a present factor, but not the message. It’s not all virtual worlds. Technology has also enhanced our medical capabilities. People are living longer than ever. Langley (the perfect Gunman to have brought back for this occasion) sought to spend forever somewhere perfect if only to be with someone he cared about. While I know that Mulder was bluffing when he offered to change his stance (to Barbara Hershey’s character, whose name I still don’t know), I don’t think it was a hard thing to pretend. As evidenced by their flirtatious banter throughout and a variety of leading statements, Mulder and Scully are as in love as ever. Between beating up and killing assassins for each other throughout the whole episode, and discussion of the future IKEA trip they’ll have to make to replace the furniture in their house, it’s not a leap to imagine Mulder’s thoughts about having “forever” with Scully. But should we have forever? I think the resounding answer is no. 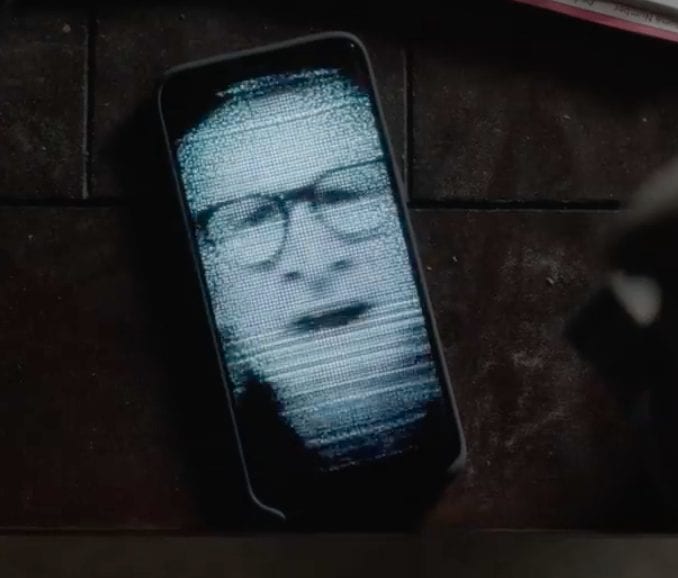 Forever, as Langley’s terrified messages points out, might as well be hell. “The Ramones are here and they don’t fight!” He claims, among other things. And he’s miserable. A perfect, orderly life without any difficulties, arguments, misunderstandings, war, you name it. And it’s hell. Good stories aren’t told about happy people who go to work every day and get along with their coworkers and come home and get along with their spouses and children who never have anything wrong in their lives either. We don’t watch stories about people who have no conflict in their lives. If the most difficult part of my day was deciding what to have for breakfast, I’d know I was living in a virtual reality too. Props to Langley, who has never let the wool be pulled over his eyes in his life (or for that matter, afterlife). What Hershey’s character implies to Mulder is atrocious. Pulling people, forcibly, into a virtual world upon their death, where their choices are relegated to an algorithm, where their lives are generated in some mock-Matrix utopia, is the very antithesis of what it means to be a human being; free will is what characterized us as a people. We have choices, we make choices and sometimes we chose poorly. It’s up to us and only us to chose wisely. I like to think that the ancient Templar knight from Indiana Jones and the Last Crusade would be proud of me. Taking away that choice takes away our individual responsibility. And without that, what are we? Rather than evolved,  I think devolved would be a better choice of word. A populous controlled at the whim of whoever holds the reins. The Sims, Virtual Reality Edition.

But we aren’t dealing with virtual reality yet. In case it wasn’t already clear, The X-Files is making an allegory again. Don’t be beholden. Don’t be sheep. Don’t surrender. And maybe, tomorrow, don’t spend so much time on your phone. Don’t let ads, social media, or anyone else tell you what to do, who to like and what to think.

I’d like to end with a quote from a very, very good film, featuring one of my all time favourite actors, Michael J. Fox, whose character was responsible for the statement.

“In this country, it is not only permissible for us to question our leaders. It is our responsibility.”

Whoever your leaders are, in whatever country you might be watching from, whoever your role models, be they government officials or celebrities or ever the news group from whom you normally get your daily updates, please, take the time to question the world around you. You might be surprised what you find when you pull the wool away.