Here we are at the penultimate episode of The Alienist.  An exciting and somber episode.  I found myself thinking throughout watching: ” I can’t believe there won’t be any more Alienist after next week!”  Then I started to get sad, but then it started and I did not have time to feel sad anymore because there was so much going on, I do not think I took a breath until it was over.

We begin with Mary’s funeral.  Poor Mary.  We wish we had time to know you more.  Unfortunately that nasty Capt. Connor got the jump on you and you ended up at the bottom of the stairs with your beautiful neck broken (just a quick little recap for those that may have forgotten last week’s conclusion).  Moore is performing a reading.  Sara offers condolences.  Roosevelt does the same, reminding Kriezler of the words he once used as sympathies to Teddy himself: “You are not alone in your sorrow, and there is no shame in grieving those you love.” Boy, does our good doctor grieve.  In the living room.  In Mary’s room. In the dining room.  Staring at a picture of his parents, drinking wine, and then stabbing his arm with the broken glass.  Come back to us, Lazlo! We don’t get much help from Kriezler, as he tells Moore the investigation is over; he will not put anyone else in harm’s way.  Though, I cannot imagine him letting his friends get hurt if he can offer information.  I guess we’ll see. 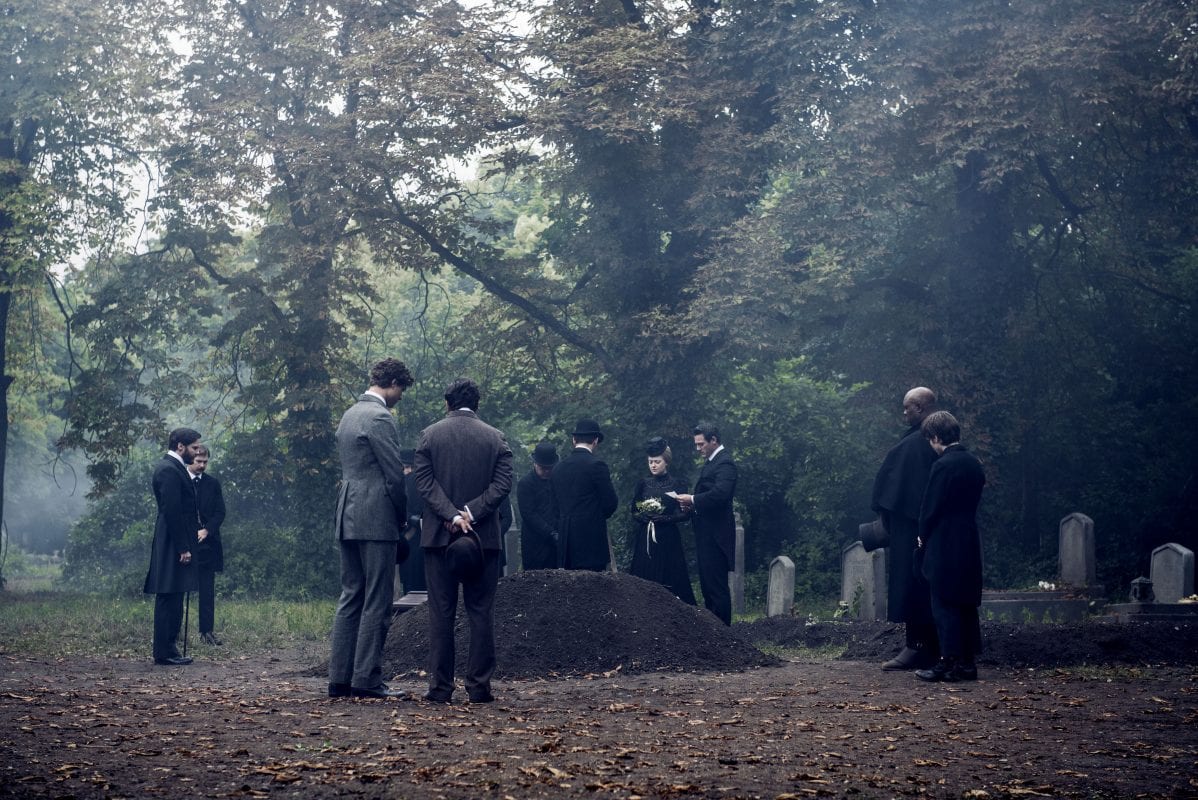 In a nice change of pace from all the intense sadness, Roosevelt goes to ex-Chief Byrnes’ watering hole to ask him why the men don’t respect him.  Byrnes says he’s only ever taught him to respect the badge and uniform.  The power play ends up with a one-up from our lovely Teddy, who does not back down.  They still don’t know how crooked Connor is though.

Sara and Moore have a nice moment, although Moore almost offends Sara by telling her that continuing the investigation would definitely help advance her career, in so many words; but she’s quick to shoot him down.  Moore may be able to sleep at night, but Sara would like to again, so they must continue.  They have a name.  They have a suspect. John Beecham. The Victorian Scooby crew makes their way to a new headquarters, an old saloon shut down by Roosevelt, and continue their search for clues.  Many questions arise.  Why take only his surname?  Which leads our team to check census records.  While combing through so many records, Sara sees that our killer was the census taker, which is confirmed by his ex-boss, Mr. Murray.  Remember all 900 of his takers, but especially Beecham.  Facial spasm.  Polite. Religious.  Complaint from a Jewish family caused him to be fired.  Befriended the 12-year-old daughter of said family.  Curious. They are given the last address they had. 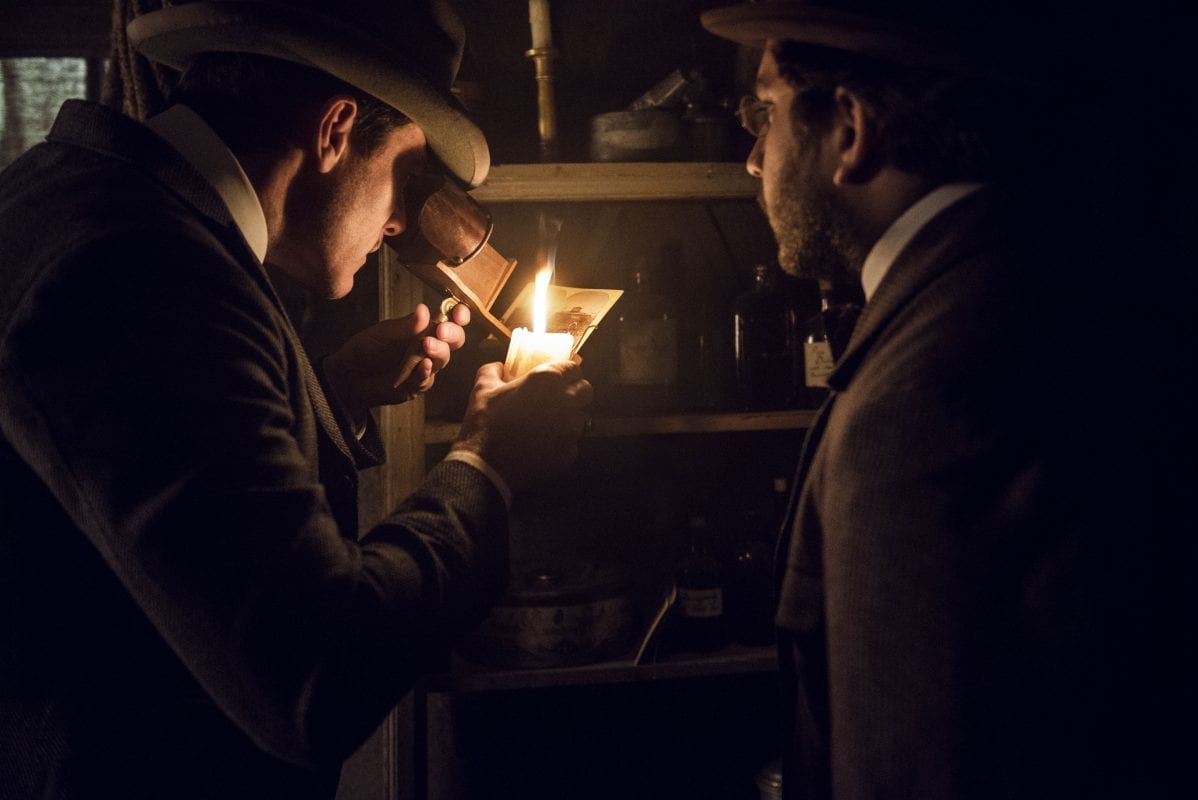 At the boarding house, they find a room full of cats, and the lady who owns the boarding house.  She says he had lived there for six years but left after he was fired for his charity work.  No lodgers since he left and her poor tabby has been missing too.  When they arrive in the room, they find poor tabby killed and buried under a floor board.  “Never liked the kitties.”

Back at headquarters, Sara is closing up for the evening, when Connor finds her.  Connor threatens her.  Connor deserves everything that is coming to him, the despicable man!  Later on we see that Cyrus has come to handle Connor, though Connor’s son saves the day by having to go pee.  Oh those wee little bladders saving the day!

We then see Moore coming to find Joseph, and someone eerily watching from the roof top. Scoping out the group of boys below.  Making his next choice.  Moore asks Joseph more questions and gives him money to keep him off the street and out of harms way.  Tells Moore that Ali said the man was nothing like his father.  What’s the common thread?  All the parents did not care about their children, and the other?  They all liked to gamble.  As Moore says: “He understands them and that’s why they trust him.  Everything he says chimes with them.”  I do like how Moore used chimes, like church chimes, and the killer uses holy days.  Very nice. 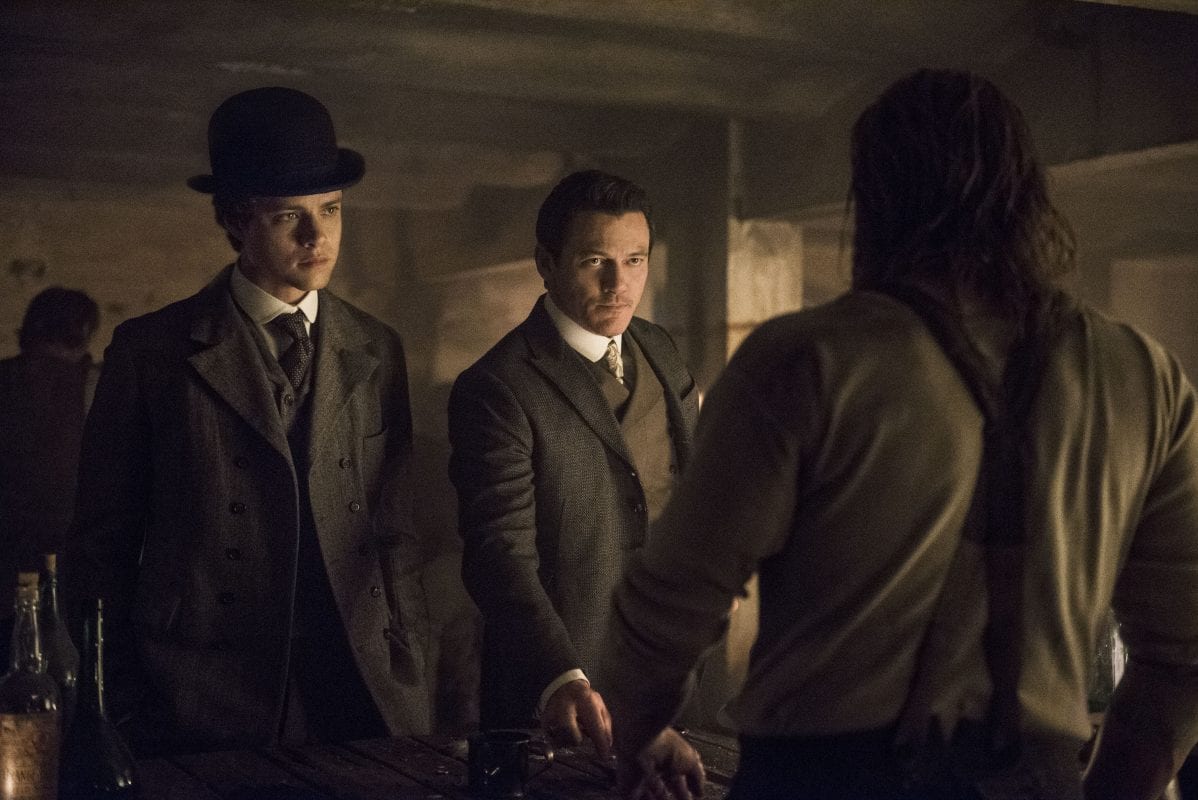 By the time they figure out and ask the local gambling ring for information, our killer is back to his old tricks.  While our team is at his place, finding a human heart in a heart-shaped box, a jar of eyeballs from all his victims, and a calendar with names and dates; we see the pool with Joseph and his friends leaving for the night.   Joseph’s buddy says he’s meeting someone, so they leave without him.  Joseph also realizes that his friend pick-pocketed the money Moore gave him and goes back to the pool (No, no, NO you should not have done that!); to find his friend being stabbed by a naked crazy Beecham.  Joseph runs and hides in a locker.  In a locker?  If there was a camera in my living room you would see me jumping and yelling to stop breathing. “He’s going to hear you!  Put a hand over your mouth so he can’t hear you!”  Alas, he hears him and in my umpteenth startle of the evening, Beecham opens to the door to reveal Joseph. 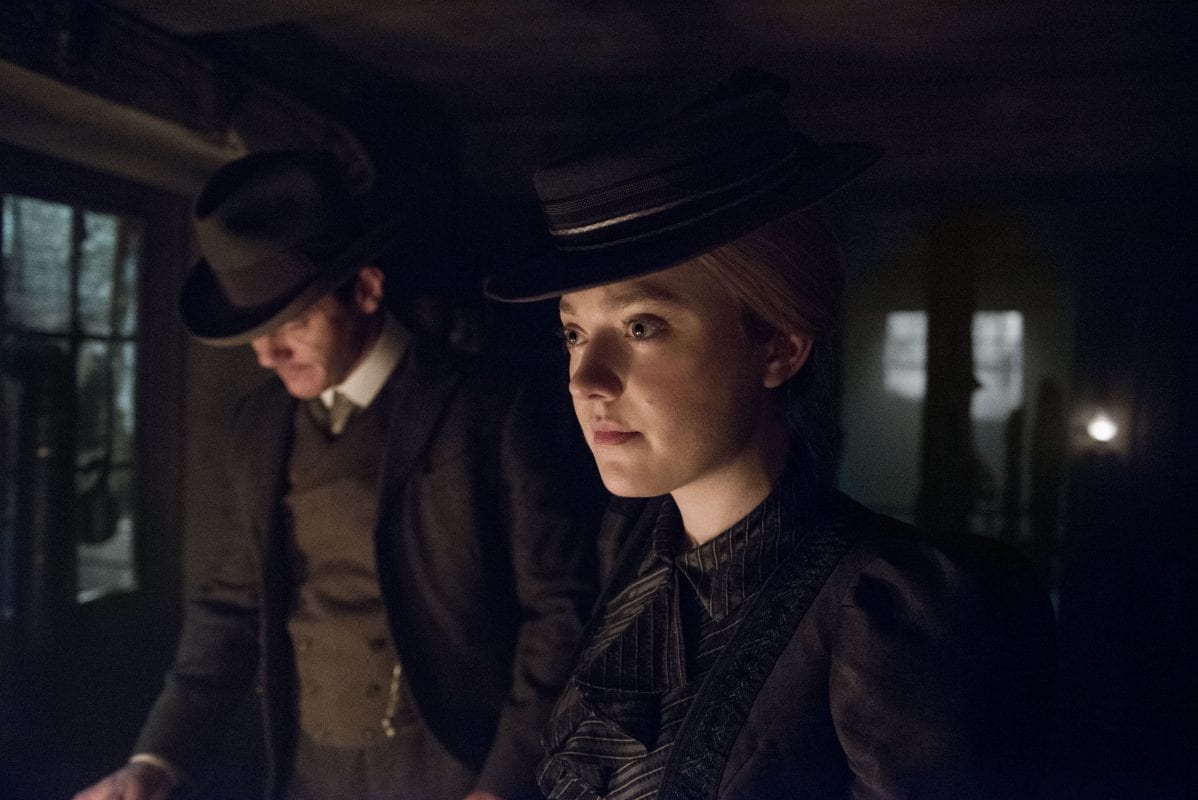 So now that I won’t be able to sleep for the next week until I see the finale, these questions remain.  Will Kriezler stop beating himself up, literally, and rejoin the team in the nick of time?  Will Connor get his due?  I do not wish ill upon anyone, but Connor needs karma to come knocking.  Will Joseph be Beecham’s next victim or will Beecham use it to taunt Moore?

I guess we will just have to wait and see.  Is it Monday yet?  I mean next Monday?  How about now?  Now?