If you haven’t seen Black Mirror, well, I’m not sure why you’re here. If you have, you know it is arguably one of the most important and thought provoking shows of our era. 25YL is proud to feature analyses of each and every episode. Here, Caemeron Crain digs into Black Mirror S3E2, “Playtest.”

“Playtest” is basically a short horror film, and on that level, it works. It is scary both in the scenes that it presents, and in its concept. There are two levels to this: one pertains to a fear of losing one’s personal identity; the other to the possibility that a small decision may have disastrous consequences that could not have been foreseen. These two aspects link together thematically in a generalized fear of the future, the unknown, and the inevitability of death. It is thus a frightening hour of television.

But, is “Playtest” coherent?

We are presented with the story of young man named Cooper, who travels the world in a montage before arriving in the UK, where he meets a woman called Sonja through an app that resembles Tinder. And, his mom keeps calling him.

He tells Sonja that his dad had Alzheimer’s. He was Cooper’s best friend, but is dead now. He doesn’t know how to talk to his mother, and it seems as though he took off for this world tour without even telling her, and that he has not spoken to her the whole time. We are left to fill the backstory in for ourselves.

After spending the night with Sonja, Cooper discovers that his bank account has been hacked when he cannot get money from an ATM. This also means he cannot get home to Syracuse. He considers calling his mother, but does not, and instead meets back up with Sonja, who writes about the tech industry.

Cooper plans to earn some cash through an app that allows him to find odd jobs, and happens upon a listing to playtest for a video game company whist he sits with Sonja. She assures him that the company is very well known—for horror games, mostly—and tells him that if he can get a picture of the tech they are working on that will be worth way more than they will be paying him.

So, he goes in for the test. Of course, they take his phone away immediately, but he is able to take advantage of the fact that a part of his NDA form is missing to grab it back and snap a photo of the tech in question as his handler, Katie, briefly leaves the room.

But, he does not manage to turn the phone back off, and we ultimately learn that this was a fatal mistake.

Katie installs what she calls a “mushroom” into the back of his neck, to enable the kind of virtual reality the game company is playing with. And then Cooper’s phone rings—it’s his mom again—and he dies. We are led to believe that all of the rest of the events of the episode occur in that second, within his mind. 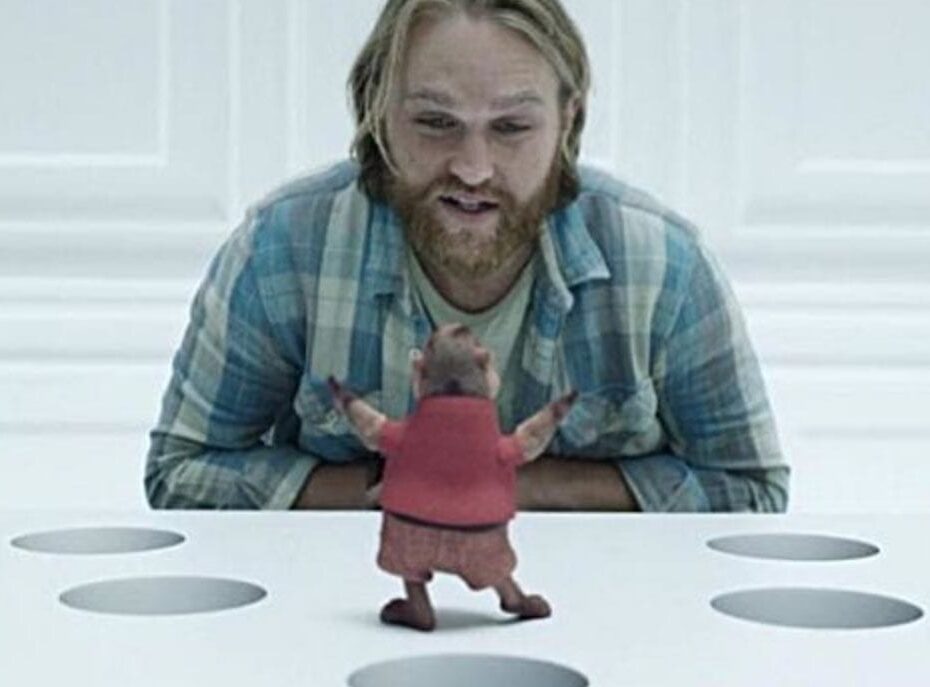 I have short-circuited the episode, here, because, again, it is questionable as to whether this is consistent, or plausible. Of course, “White Christmas” introduced us to this notion of time-dilation, and, we have perhaps all experienced some form of it in dreams, but what seems questionable is the way in which the twist moment at the end of “Playtest” cuts back to a moment before the idea of a game that plays on one’s own fears has been introduced. It indicates that Cooper died before he even played his game of Whack-a-Mole.

Putting the ultimate twist aside for the moment, the episode proceeds with Cooper doing precisely this, before agreeing to beta test a further stage of the project. This involves the same kind of virtual reality overlay as with the Whack-a-Mole game, but places him in a house to enact a horror-type scenario. The mushroom is to draw upon his own fears, and we see this play out; first with a spider, and then with increasingly distressing scenarios.

He sees changes in a painting on the wall, and a figure appear that resembles his high school bully. Later, he encounters a combination of those two fears: a large spider-like being with the face of his bully. He has been assured, though, that nothing can hurt him; it is all audio-visual.

Then, Sonja shows up, telling him he is in danger. He can touch and feel her, but he still questions how she knew where he was, and so on. She stabs him. Her face morphs into something monstrous. He kills “her” and she disappears.

Throughout this whole scenario, he had an earpiece to put him in contact with Katie, which would enable him to pull out, if he felt needs be. But, that cut out before Sonja showed up. Now, it comes back in, and he tells her he wants out. She leads him upstairs, saying he needs to go there to get to the access point, but when he gets there, she says there is no access point. Further, she pushes against his memory, asking him questions to which it seems he cannot remember the answers.

This would seem to be Cooper’s greatest fear realized. He has become like his father with Alzheimer’s. Ultimately, he repeatedly says that he does not know who he is.

All of that is powerful enough, but then Black Mirror throws us two twists in quick succession. First, we see Katie and others rush in to help Cooper escape from this nightmare, and bring him back to reality. Then, he travels home to find his mother obsessively talking about calling him. She is unresponsive as he tries to engage with her. It would seem that perhaps she is suffering from some form of dementia, as well, but is this a memory of Cooper’s, or a further projection of his fears? (For the record, if he left to trek across the whole world after his father with Alzheimer’s died, without telling his mother who was similarly suffering, and who tries to call him incessantly, Cooper is an asshole.)

We cut back, then, to that moment his phone rang, and learn that this event created interference, which caused all of Cooper’s synapses to fire at once. He died at that point—before all of the events related to the fear environment—and we are to believe that all of those events were just in his mind; condensed, even, to less than a second.

I do not think that it is. In fact, it effectively undermines the most effective, and most interesting, aspect of the episode: the notion of a virtual reality game that culls one’s own mind for fear in order to play on it.

1) Why do we enjoy scary things?

Perhaps it is as game creator Shou Saito says, and it is the thrill of being alive afterwards that excites us. But this depends on a certain critical distance: the roiling ocean may be sublime when viewed from safety, but not if one is drowning. The idea of an immersive horror game breaks that down in a meaningful way.

Further, it is one thing to be scared by a spider, or any of the various horror tropes, and another to be confronted with deep fears regarding oneself. It makes sense that Cooper’s deepest fear would be to lose himself, as his father did to Alzheimer’s. And the idea of the game playing on that fear, and him actually losing himself as a result, is a powerful one.

This is undermined by the twists that ensue in the episode. The first, which implies that he has been pulled out and is actually OK, begins the damage. The second—that he actually died all the way back at the beginning, and this has all been in his mind—undermines the whole episode. It’s the kind of twist for twist’s sake that Black Mirror is usually smart enough to avoid, and while it might be striking on a first viewing, on a second it just seems a bit contrived.

Of course, there is some tragic irony in it being a call from his mom that does him in. If only, we might think, he had answered the phone earlier. And we are left to wonder why he didn’t, and what exactly was going on with this relationship. It is easy enough to understand dodging a call, but he seems to have been sneaking out of the house in the first place, and ignoring his mom this whole time. Was she, perhaps, calling him about something pressing? Was she perhaps just incredibly worried about her son? Was there any deeper reason at play to explain why he was avoiding talking to her?

“Playtest” gives us very little, almost nothing, to work with in regard to those questions, so to pin the ending to them feels a bit weak. The most interesting question the episode raises pertains to the potential for enjoyment derived from fear, and the thought that perhaps what we most fear provides no avenue to fun, but this is not well explored.

Overall, this is a sloppy entry in the Black Mirror canon. It is not really coherent, and it is not terribly interesting. If one is considering the possibility that all of these episodes exist in the same universe, it could serve as a precursor to some episodes that have come before it, such as “White Christmas” and “White Bear,” as well as some that come after. Taken on its own merits, though, it is basically a failure. 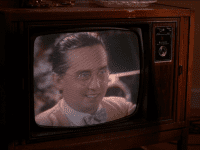