The last week I wrote on Lynch’s music and focused on his first album, Crazy Clown Time. So, I hope you read that one, and if you want preamble and general reflections on Lynch’s music, I will refer you there. Now it is time to descend into The Big Dream.

Lynch’s second album largely feels like a continuation of the first. There are not big stylistic differences to point to, at least. I might assess it as the weaker outing of the two, personally, but there are nonetheless songs here that I would rank with those I like the best on the first album. So, The Big Dream is not innovative or breaking new ground, but rare is the musical artist that does so from one album to the next; this is, rather, more songs from David Lynch and Dean Hurley, and they are good songs, at least in my humble opinion.

As with my first entry, I will be focusing primarily on Lynch’s lyrics. I will note some resonances with his broader work, and also offer an interpretation of each song, to whatever extent I find possible. I would hope it goes without saying that I am not claiming any of these interpretations to be definitive. 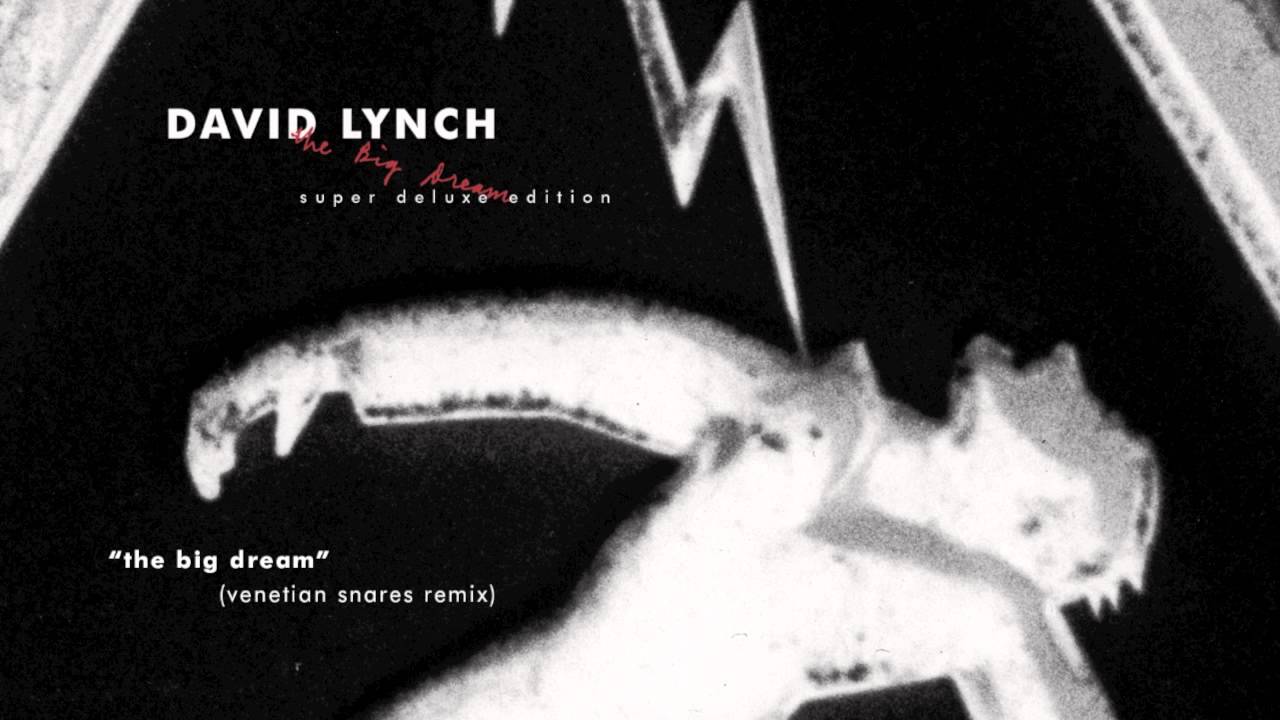 In contrast to the first album, which buried its title track about halfway through, The Big Dream opens with the song that shares its title with the album.

It is a love song. It is love that is the “big dream” — that thing we perhaps all want and wish for, but which so often eludes us. We make a wish to be together, in the trees and stars. It’s a shared dream, love, that captures each partner within it, as the wind blows.

But that very same wind is a symbol of change. We dream of a togetherness without end — that’s the Big Dream — but it’s not clear such is even possible.

It is maybe worth noting how Lynch seems to fully embrace the various valences of the term ‘dream’ — a wish, a fantasy, a thing that happens when one sleeps, etc. If we “live inside a dream,” as multiple Twin Peaks characters say, for example, in what sense? My hunch is that Lynch means in all of them.

Here we see, or hear, Lynch continue the same sort of theme as with the first track of the album. “Every night they come to dream of her.” Star dream girl is an image of a woman in a dream, in the sense of those things we have at night when we are asleep. The song evokes the Roy Orbison song, “In Dreams,” which we have of course also seen in Blue Velvet.

This song plays with Orbison’s ideas much more directly than that film did, however. The experience is of love, but in a dream. One awakes to find it gone. But whereas Orbison’s song seems focused on a particular partner, whom I presume to be a lost lover based on the general themes of his music, Lynch presents a figure that is more ambiguous. Have you ever dreamt of a woman (or a man) you do not know? “Fallen in love” in that hazy dream space with this figure, the source of which you cannot pin down? And then awake to find them gone?

This is the star dream girl that they come to from all around. Lynch is imaging her as singular, while we are plural.

Let’s start with the central image — that of the last call. We’re drunk and the night is over. The nonsensical or non-sequitur nature of Lynch’s lyrics perhaps makes more “sense” through that lens.

“I miss you so much, baby; hope you come back real soon.”

Along the way, in lyrics that could probably appropriately be called “word salad,” Lynch mentions the following names: Bob, Dan, George, Joe, Sam, Gordie, Bill, and Pete (twice). Take that as you will. He also invokes the image of one sock being red, while the other is blue — Jacoby’s glasses, anyone?

This song seems like a spiritual follow-up to the songs on the first album that dealt with the end of a relationship. It’s simpler, both lyrically and musically, than those tracks are; a simpler lament.

The Ballad of Hollis Brown

Hey, look, David Lynch covered a Bob Dylan song! There are a couple of small lyrical differences, but I will let you find them yourselves.

In many ways, Lynch’s lyrics seem to have gotten simpler on this second album. They still evoke images, but often in a vaguer way, and with more repetition. I kind of love it, but to center a song around a thing that happened is terribly abstract. Perhaps that abstraction is part of what drew Lynch to make music, and that’s fair enough, but we all really get here is: up/down, a thing that happened, into a time/ half the time, and the image of a wishing well. Make of this what you may.

Warm winds are blowing now. What is the ‘it’ that he wants her to say? Apparently he wants all the people to know… It ultimately seems clear that it is to say that she loves him, and what is striking about this song is the darkness of all of it.

A 1950s sort of guy comes to mind — like Travolta in Grease, maybe — and there is this image of a man/boy who wants to show off the girl/woman he has “won.” She’s like a trophy to him. The important thing isn’t the love, but the presentation.

And so this thing, which is almost quintessential to the kind of Americana that Lynch so frequently trucks in — on its surface, it seems like a love story — presents at the same time a certain dark underbelly. The imperative to “say it baby” strikes me as ultimately violent: a demand to profess for the sake of others that you are beholden to me.

Once again, the theme of this song centers around the loss of a relationship. One would be tempted to speculate that something in Lynch’s personal life might have led to such an ongoing theme, but he has been married to Emily Stofle since 2009. So, at very least, there is nothing we know about his personal life to point to here.

And even if there were, that always has a way of feeling like a cheap move to me. It’s interesting, sure, if there are ways to relate an artist’s work to their life, but it risks being reductive.

Anyway, while “We Rolled Together” is one of my favorite songs in Lynch’s corpus, I don’t feel like it leaves a lot to analyze, A train, ice cream, and she’s gone forever. There seems to me to be more in the title, which also serves as the chorus, than in any of these things: we rolled together.

Sun Can’t Be Seen No More

When a blue star come flyin’ by
It’s best to run, to run inside
A thing that makes you want to die
It’s best to find a place to hide

The instrumentals are more interesting to me in this song than the vocals. Lynch and Hurley play with the blues, and subvert it as genre. The lyrics are fairly repetitive. The sun can’t be seen, and you want to hide, or die.

You want to get away from the thing that has happened.

The lyrics get even simpler: I want you. I love you so. Make you mine; hold you tight.

The Line It Curves

Let’s focus on the central metaphor:

The line curves. It is not a straight line. Love is not a straight line. We might like it to be. We might like it if it were straightforward, like checking a box on a form, but it’s not like that. It curves. Perhaps it is a zigzag, but it does have a way of bending back to the start; at least within one’s own mind. You think about how it started, and she’s the only one who could mend your heart, but you ain’t goin’ back that way. 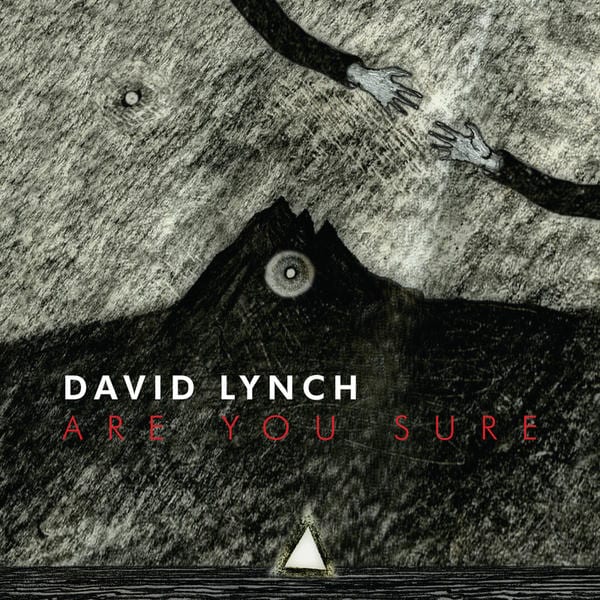 Lynch ends the album with what feels like a spiritual successor to “She Rise Up” — as though ending an album with a song with this kind of feel were his thing. And, honestly, I dig that.

“Are You Sure” may not be the stand-out that “She Rise Up” is, but it is still a great song, and wraps this second album as solidly as the latter did the first.

The first track released to promote the album actually isn’t on it. I’m Waiting Here was put out to the world on June 3rd of 2013; the album dropped on July 10, and, this song, featuring Lykke Li, was not included (though it was included later on the “Super Deluxe” edition of the album, along with a number of remixes).