Welcome back to 25YL’s weekly coverage of the Showtime original series, Kidding. Daniel Shooba and I will be alternating weeks looking at the series, and in case you missed Daniel’s look at Episode 1, here’s a link to it: Kidding: “Green Means Go” (Episode 1). Our coverage styles will certainly be a bit different, which we hope is actually a positive for the readers. With that out of the way, let’s get started!

In a lot of ways, the second episode of a series is the hardest to execute. A pilot episode lays the framework for a series and gives us a big picture idea of what we’re getting into. The second episode has to take that framework and show us what momentum looks like. We get to see what a show is going to look like beyond just the concept. Based on what I just laid out there, I would have to say that I’m quite excited about Kidding‘s future. This has the promise of being a series that provides laughter, material that can make us look inward, and a truly top-notch cast.

With the pressure of the pilot episode out of the way, we got to see this amazing cast (and their interesting characters) shine. Take Jill, the estranged wife of Jeff (played by the amazing Judy Greer), for example. In three scenes, all with little dialogue, we got to see exactly what grief looks like for her and how she’s trying to move forward. We got to see that she wants to have a sense of power back in her life, as depicted by her sexual behaviors in a scene with her new boyfriend Peter, who we would see more of later in the episode. We got to see that there are parts of her former husband she still genuinely likes, as she watched him comfort a child with cancer in the hospital where she works. The look on her face displayed that she still loved Jeff, but it did more than that. With a simple look, Jill told the audience that she wished Jeff were capable of comforting his own family and not just strangers that know him from TV. We also got to see her wanting to move on and try to find a sense of normalcy in her life after the tragedy she’s been through, in the dinner scene at the end of the episode. It’s the same with Will, the surviving son. While he may be acting out, he is just trying to feel anything other than the devastation of losing a twin sibling. Like his mother, Will is obviously resenting Jeff for his inability to stop being Mr. Pickles during the darkest time in his life and just be Jeff when they need him the most.

Jim Carrey got to bring a lot more of his comedic style to this episode, which made the character feel a lot less forced. Things are not going well for Jeff in any area of his life right now, and throughout this episode, we got to see that slow build-up of emotion within him. Jeff wants to act out, particularly with Peter, but also with Seb. The dynamic between Jeff and his father took a step forward here with Seb doubling down on his beliefs. Seb is in a state of grey as a character, which makes him fascinating to me. We can’t label him a “good guy” because he wants Jeff to bottle his feelings up and push forward. We can’t label him a “bad guy” either, though, because he wisely pointed out to his son that Jeff and Mr. Pickles are in fact not the same person, which was the exact advice Jeff needed to hear in order to save himself and also to be there for his estranged wife and son. Seb’s business focus, combined with perhaps a dated outlook on how a man should behave, will make him easy for some viewers to vilify. But beneath the surface, I’m curious to see if Seb has some of the Mr. Pickles characteristics inside him. Could a future bonding moment between father and son be the realization that while Jeff can’t separate himself from his on-screen persona, Seb can’t embrace the parts of Mr. Pickles that are him?

Much like with Seb and Jeff, we got to see all of the main cast in some degree of pain and simply trying to figure out what to do next. We see Deidre, Jeff’s sister, want to confront her husband about his affair with another man (her daughter’s piano teacher) in the first episode, and wonder if she can or will in this episode. When she takes her daughter to piano practice in this episode, she has no intentions of confronting the man. Her daughter is the one that urges her to stay and do exactly what her father does, which is sit upstairs with the piano teacher and encourage her to play louder. At her daughter’s request, she does just that and confronts the piano teacher. It was a cool moment to see Deidre get the strength to do so at her daughter’s insistence, although she still hasn’t spoken to her husband about it.

Bringing things back to Jeff, we see a man going through the motions, banking on the fact that his beliefs and the way he lives his life will carry him through this challenging time. This episode shows us point blank that it will not work. Whether it’s baking his trademark pie or buying the house next door to Jill and Will because he thinks they need him close, all of those plans fall through. Jeff tries to interrogate Jill’s new boyfriend, Peter, when he forces himself into their dinner. What he finds is that even though Peter is drastically different from him, Jeff’s family has taken to Peter. Will is asking Peter questions that a teenage boy would typically ask his father. Jill seems relaxed. Peter is offering them something that Jeff hasn’t—a real person and not a TV character—during their time of grief. We see the emotions coming to the surface with Jeff as he knows that his family is moving on without him. They’re trying to pick up the pieces from their grief and move on with life, while Jeff continues to act as if he can fix everything. How long will it take Jeff to realize that he has to fix himself before he can truly be there for those he loves? I’m interested to keep watching and find out. 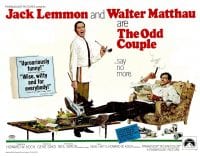