“The Cookie” is filled with polarities: light and darkness, endings and beginnings, life and death—all condensed into the image of a black and white cookie. There is also an exploration and illustration of creativity as a means of transforming despair and hopelessness into inspiration and imagination.

Will (Cole Allen) and his friends break in to the unoccupied house next door in the hopes of getting high, but after an initial food fight, Cassidy (Julitta Scheel) notices the gas is running, turns it off, and stops Will from igniting his lighter. So after several episodes of waiting, the potentially explosive disaster is averted, and perhaps this foreshadows what might happen in the latter half of the series. After this scene, we hear Rabbi Epstein (Joel Swetow) giving a humorous, massively condensed version of the story of Genesis, as well as references to other parts of the Old Testament. Then he says, “Anyway, my girlfriend made these cookies. They embody the universe!” After a pause, he says,“They’re good! They’re not great.” The cookie as a sweet mini-mandala also returns at the end of the episode—Vivian (Ginger Gonzaga) eats one at the hospital during another round of chemo therapy treatment. Vivian is in a bittersweet phase of her life: as she battles a terminal illness, she is falling deeply in love—I don’t know if I can think of anything more bittersweet than that.

For the first time, we see Jeff  and Deidre as children, played by Zachary Arthur and Brooke Fontana, respectively. In this scene, they are struggling to understand why their mother is continually leaving town. As young Deirdre fights with her mother, Seb (Frank Langella) is absent from the scene, and Jeff entertains himself with a puppet that Deidre made—perhaps this is the inception of Mr. Pickle’s Puppet Time. This scene also shows us that, like many other works of art, it was born in reaction to a tragic situation. In order to make life tolerable, Jeff and Deirdre had to create a new reality, filled with vivid characters, music, and imagination. 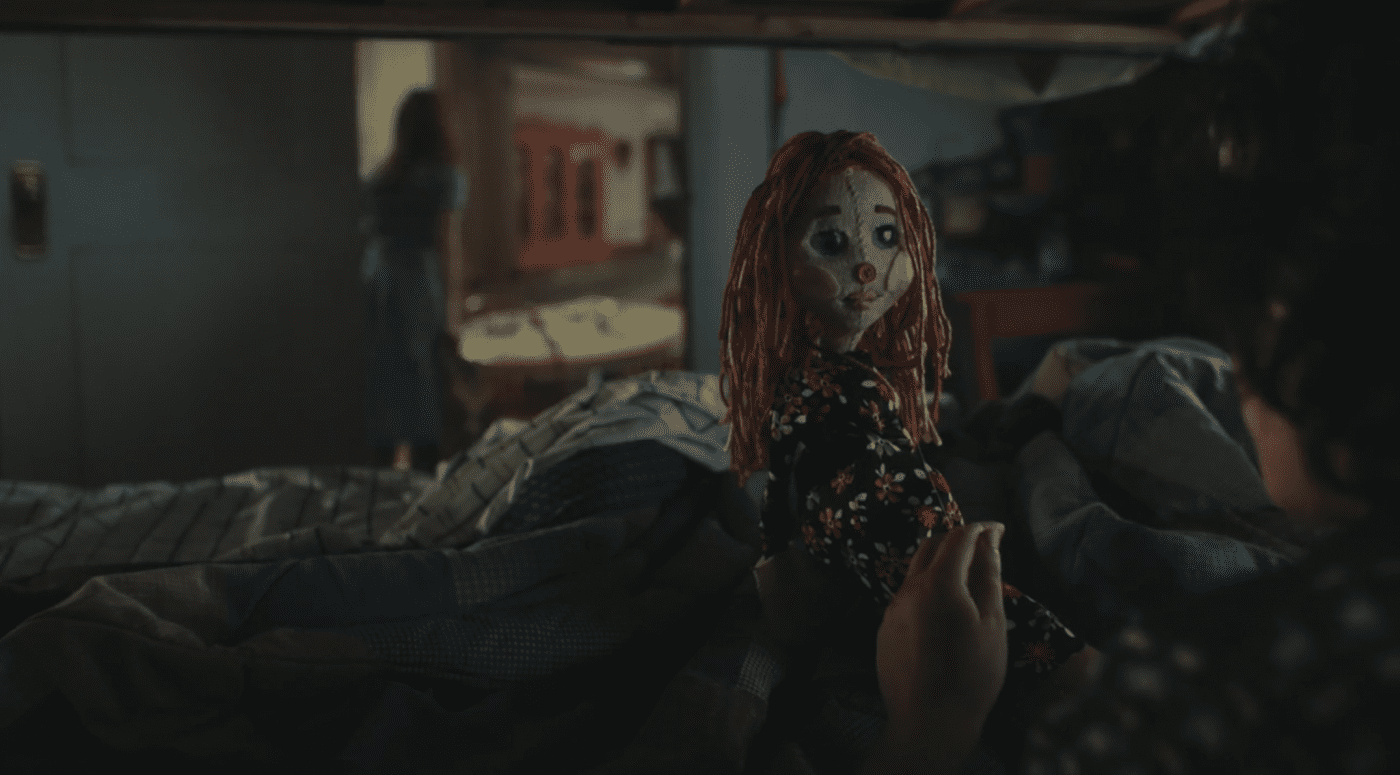 In this episode, Jeff (Jim Carrey) spends time with Tara Lipinski (played by Tara Lipinski herself), who wears the oversized Mr. Pickles head during Mr. Pickles on Ice. Tara has mastered both Jeff’s autograph and his words of wisdom for children, which demonstrates how she is beginning to replace him. Jeff sits backstage with Tara and her sister, Sara (Jennie Pierson), and they try to convince him of their kindness and charity. After they leave the room, however, their parrot repeatedly utters several curses, and Jeff realizes that their whole persona is a fraud. He turns the lights on and off repeatedly, causing the bird to have a seizure and die. Although an act of animal cruelty for sure, for me, it was one of the funniest moments of the episode, especially after he leaves a fake trail of its feathers to make it look like the bird somehow exited the cage and flew out the window in a straight line. The retribution feels justified, considering Seb is trying to take away both the character and television show that Jeff spent a lifetime creating.

Jeff confronts Tara and takes away the large Jeff head. Then he calls his father, confronts him, and, using a hockey stick, hurls his cellphone into the Jeff head. In one slap shot, Jeff puts an end to Mr. Pickles on Ice. 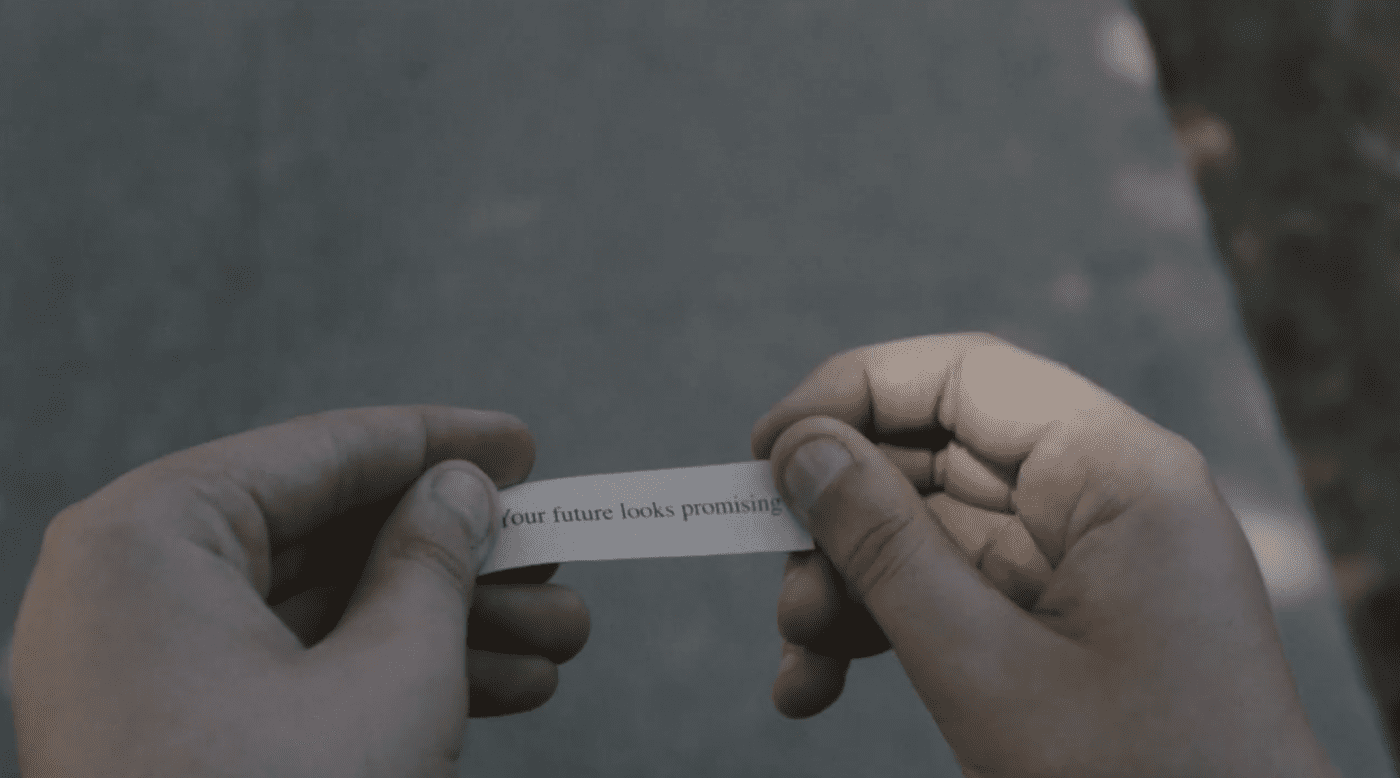 In this episode Will kisses several girls that Phil had had crushes on when he was still alive. Phil had written their names on fortune cookie papers and hidden them inside of a hollowed-out book. I found Will’s behavior to be very strange—I imagined that he was somehow trying to honor Phil by kissing girls that he would never be able to. However, it felt weird and misguided, and when Cassidy finds out what Will has been up to, she punches him in the face. I think the implication here is that Will already has someone to love, or at least to date, and that kissing these random girls who do not even remember Phil is an absurd gesture of remembrance. Will often seems like he is stumbling through life, floating without meaning, existing in a liminal gray area, rather than an extreme black or white. Maybe that is what Will as a character is supposed to evoke in the viewer: the uncomfortable feeling of being between childhood and adulthood that most of us would rather not remember. 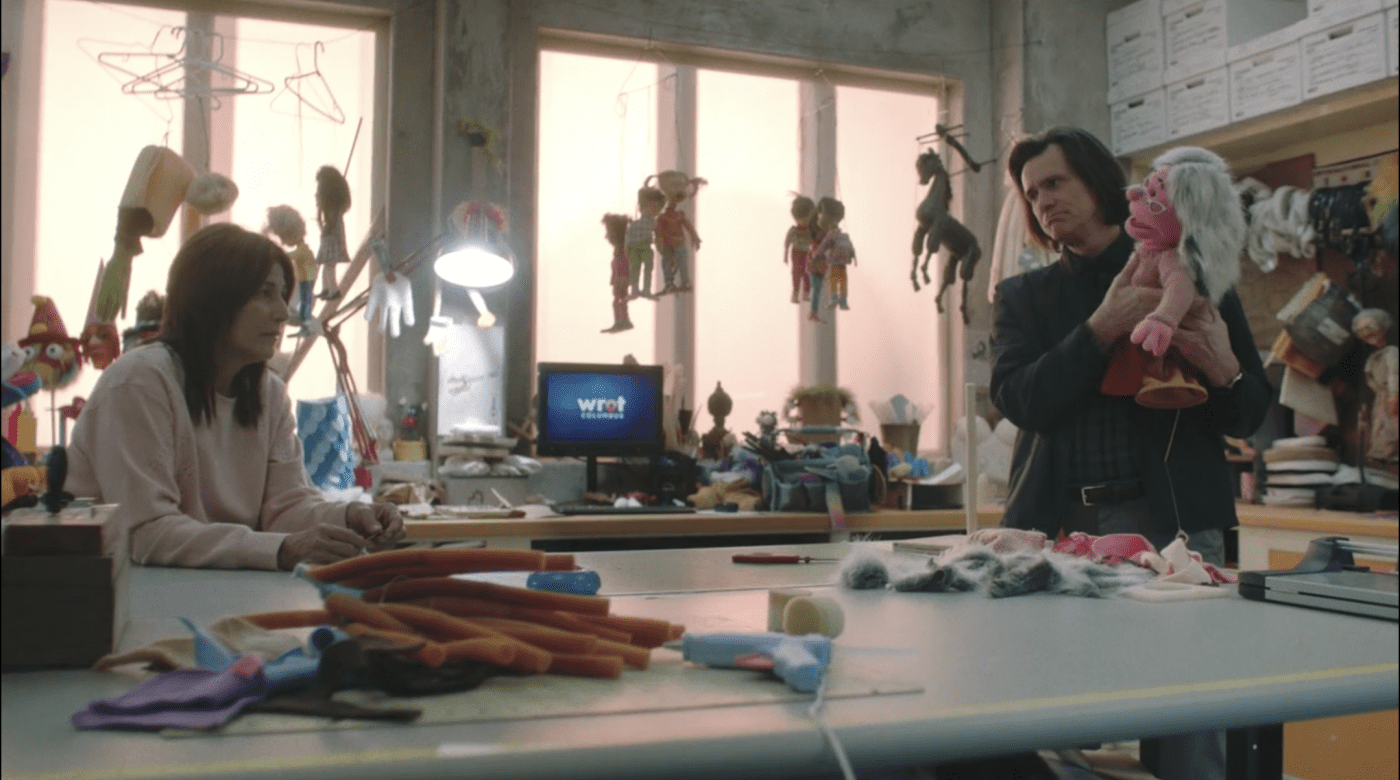 The motto of the Pickles Platoon was “Always be yourself.” Jeff remembers this motto, and in taking back his head, reclaims his image. Seb is beginning to lose control of both Jeff and Deirdre, and toward the end of the episode, we see Seb alone in bed, cradling his ex-wife’s old dress. For the first time, Seb’s loneliness is apparent. There is a small, dress-shaped hole cut in the dress, because Deirdre used it many years before to make a costume for a puppet. There is something so poignant about this image of a child creating out of a destroyed relationship, while the adult still clings to the past. And Seb, it seems, is clearly not being himself. He hides his heartbreak, probably ashamed that he needs comfort, love, and support, and instead of allowing his children their autonomy, tries to control them as much as he can. He even tries to act as a father to Will, unable to simply be his grandfather, and unable to allow Jeff and Jill to parent on their own. It remains to be seen whether or not Seb will ease up on his family and lessen his addiction to power and control. If Seb does not come to this decision on his own, I imagine that Jeff will force him into a recognition of his limitations and put him in his place once and for all. 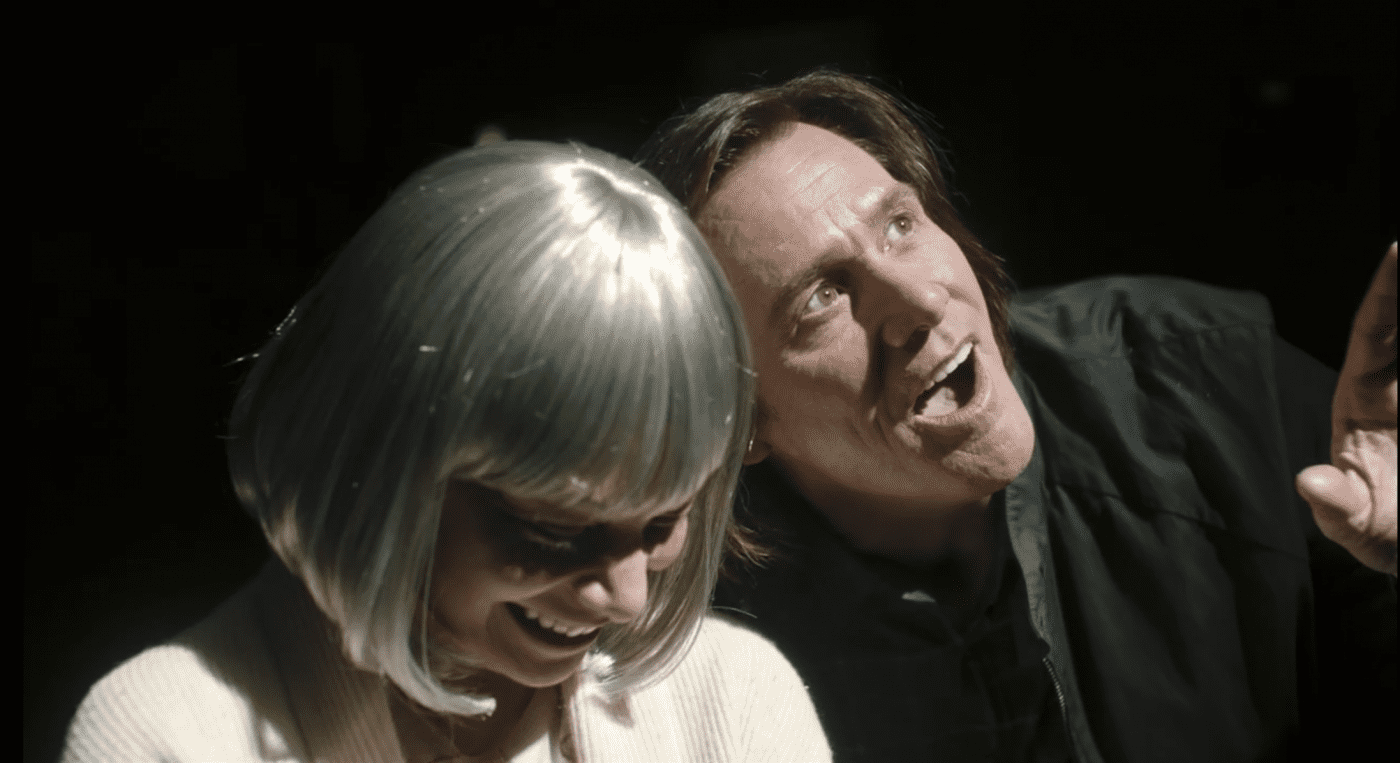 Jeff finally uses his Mr. Pickles abilities to reach someone he truly loves. Jeff stages an entire musical number for Vivian, bringing her to tears, and helping her to see that, even though she might be ill, she doesn’t have to live the rest of her life as if it is already over. Earlier in the episode, Jeff asks her to imagine the rest of her life, and she cannot say much; it is as if her imagination has died. After Jeff’s performance, he implores her to finish her story, and she imagines herself flying first class to Honduras, zip-lining through the rainforest. Jeff urges her to keep going—to keep telling her story, to keep imagining, but also to keep living. This, for me, was the most touching moment of this episode.

Jeff’s musical performance also communicates the reality of his love for Vivian and begins to heal her in the process. Healing, which is not the same as curing, takes place at the level of the soul, and although Vivian may still die, she will have healed and had a much richer experience of life before dying. Instead of using his resources on Mr. Pickles Puppet Time to examine his own grief as he did previously, he uses his energy to set up the possibility of healing the woman he loves. In this way, Jeff may have already redeemed himself.

In the last shot of the episode, we see a feather resting on Jeff’s shoulder. A beam of light comes in through the window, and for a moment, Jeff looks angelic. However, once we remember that the feather came from a dead parrot he just shoved down the garbage disposal, the image becomes totally absurd, and yet remains delightfully human. 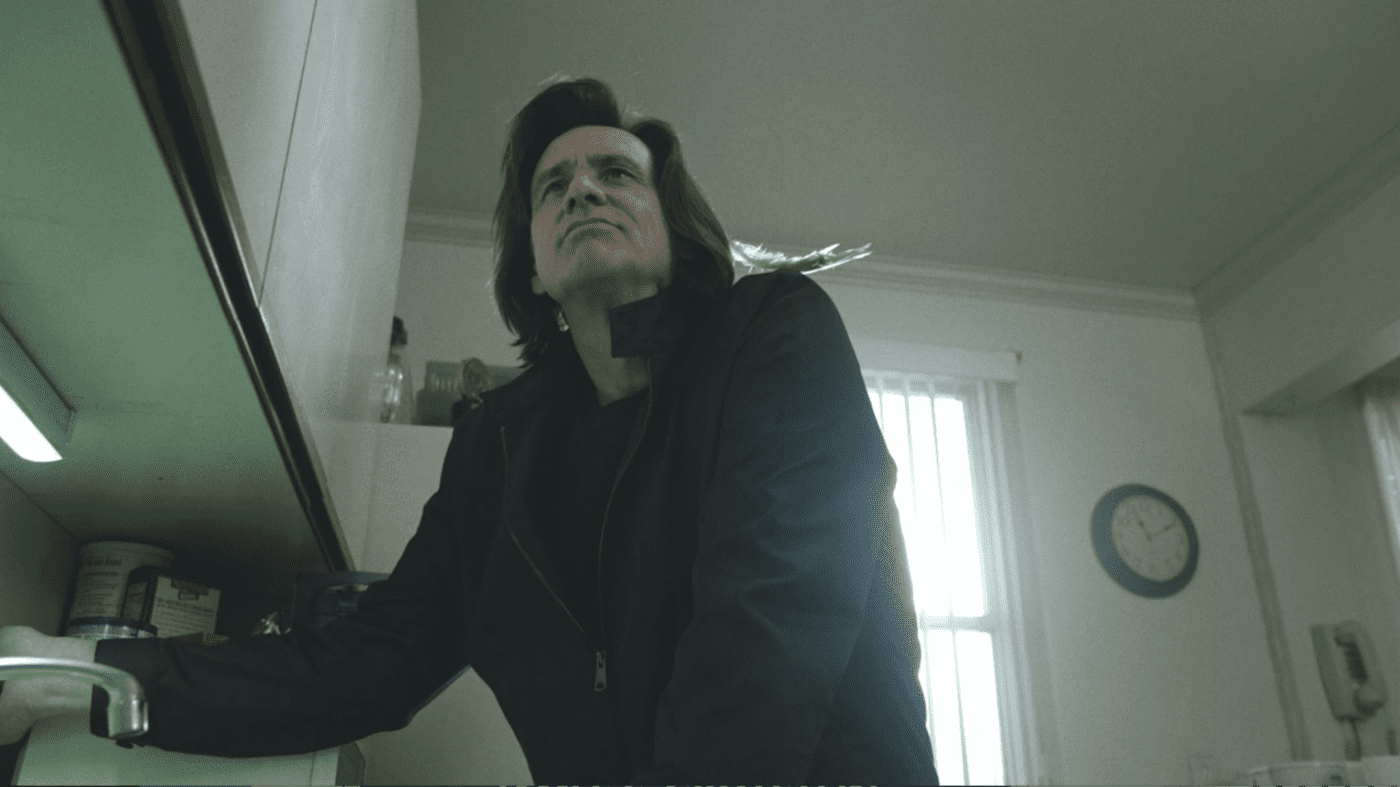 Jeff is no longer behaving in an infantile way toward his father, and is beginning to stand up for himself. The more intentional Jeff becomes with his aggression, the more intentional he becomes with both his creativity and his love. Honesty, coupled with the willingness to acknowledge his own shadow, is steadily transforming Jeff from a hollow puppet into a fuller, more human reality.