“Only the good die young” as the song goes. Over the years there have been a number of TV shows that have made an impact on us here at 25YL, which we have been sad to see struck down in their prime. A season or two that grabbed us, and…that’s it. Whether there is some sense of completion, or we are left dangling by a finger from the side of a cliff, these are shows that we think are worth remembering, re-visiting, or even watching now for the first time. This week Valerie Thompson considers a show that many of us wish wouldn’t stay dead: Pushing Daisies.

It’s been years since The Pie Hole closed for good. Much like the abandoned buildings from our past, there’s an overriding urge to cast a glance through those windows one more time. If anything, revisiting the world of Pushing Daisies awakens something lost along the way. This is not about remembering what made the series good; instead, the experience is about refusing to forget how it made you feel.

Can you remember shows from one or two years ago? The answer might be as vague as you feared it would be. I can argue a million reasons why these choices come and go without so much as a whimper, but the simplest option might be their heart. Pushing Daisies not only has a heart, but it also beats with pulses so loud that even strangers can’t miss. This is kindness and beautiful oddity wrapped up in delicious concoctions of rhubarb and three berry delights.

Let’s make one thing abundantly clear at the start—Pushing Daisies is a show about life. While maintaining a steady stream of the recently deceased, its overarching sentiment is firmly planted in the land of the living. The series embraces every viewpoint of what makes a life complete—love, loss, pain, sadness, heartbreak, laughter—and the stories carry them all in what I can best describe as a twisted fairy tale. This strange whimsy happens amongst a backdrop that is so surreal, retro, and distinctly imaginative that it has to be seen to be believed. Every shot appears completely akin to childhood pop-up books with delicately frayed edges from constant reading.

The facts were these…Young Ned discovers a special power that revives the dead after his own mother’s brush with mortality; one touch means life, another touch signals death forever. Sadly, this strange gift takes a life to sustain itself, and it just so happens that his best friend Chuck’s father pays that very high price. This single inconceivable action separates the friends for what seems like forever, creating a longing that Ned tries to fill in unusual ways. Fast forward to the present where Ned is all grown up and operating The Pie Hole—a restaurant for the discerning pie lover. One day, his hidden ability gains the attention of eagle-eyed detective Emerson Cod. With Ned’s help, the detective questions the dead in hopes of retrieving monetary rewards. As a part of this unusual pairing,  the pie maker finds his old friend Chuck has met an untimely demise, and that’s where things get really interesting. Ned brings her back from the dead, and together, they find coming back isn’t so easy after all.

If you want to know the secret to the show’s devotion, characters might be the answer. A lot can be said about the character of Ned; he is full of boyish charm, and caution that is reserved for someone years older. In a time where anti-heroes lead the pack, this guy is anything but. Between his days making pies and nights longing for true love with dear Chuck, he cautiously tries to connect to the people who inhabit his all too creative world. Olive Snook, the Pie Hole’s sugary sweet waitress, is full of her own conundrums and an unrequited love for the pie maker that is best expressed in a rendition of “Hopelessly Devoted to You.” Emerson defies the stereotypical detective with a quest to knit the nerves away as he unravels mysteries, yet finding the puzzle of his own daughter’s current location the most baffling. Lily and Vivian Charles, also known as the swimming duo Darling Mermaid Darlings, hide themselves away from a world they no longer feel a part of—even if mermaids will always be in fashion. Their all too familiar fears are somehow not quite absorbed by young niece Charlotte “Chuck” Charles, who ultimately decides to take a voyage of adventure and ends up being murdered in a scheme perpetrated by her travel agent. Add in a litany of quirky secondary characters as well as guests that defy simple descriptions and you get the picture. 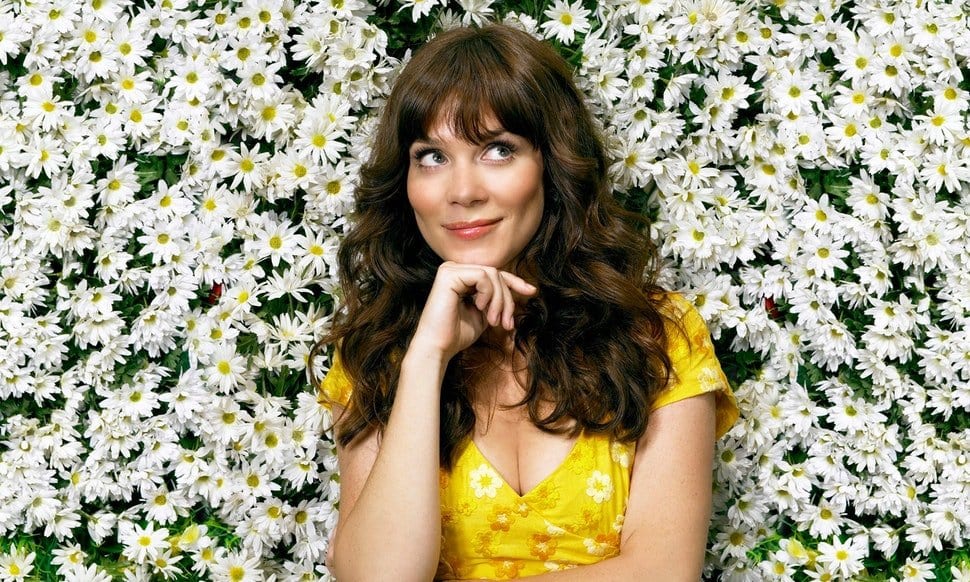 Of all of the characters that inhabit this whimsical universe, there’s something more to  Charlotte Charles. Someone used to tell me about a life they felt was never led. Even though I thought this special person gave more than they would ever know, it was hard not to see them in the life of Charlotte. If I’m guessing correctly, you’ve probably known or know your own Chuck. Few people get the second chance that she does, even if it comes with conditions. Seeing her embrace that new life with glee and hope is something to behold. The moments she spends with Ned, without a single touch exchanged, show the character’s truest emotions in a world that considers fulfillment based on contact. When you think about the events and circumstances that led her to these moments, few would be judged for taking another path towards anger or even revenge. In fact, many people with far fewer calamities have done so; yet there she is, feeling this giddiness to share the experiences that eluded her in a past incarnation. Her time with one-minute revivals always focuses on a unique understanding of their predicament. She encourages last words as well as kind sentiments while Ned’s watch quickly ticks away the last seconds of their life. In a way, it’s Chuck’s chance to extend that gift to each temporarily revived cadaver she meets; a pay it forward that is done with the best of intentions. As the series continues, this once sheltered youth of the Darling Mermaid Darlings finds her spark. She moves into her own place and asserts her independence by working outside the confines of The Pie Hole. It’s a growing freedom that acts as rocket fuel for a life unlived.

I’d love to tell you there was a true happy ending for the series. Unfortunately, this finale is not the stuff of fairy tales. The story of Pushing Daisies ended on a summer night in 2009. A severe case of less than stellar ratings led to its premature death. With a mere 22 episodes over two seasons, the story of the pie maker and his friends was full of unexplored avenues. An ending provided answers, but not that sense of closure that we all crave. Maybe that’s the reason Pushing Daisies still lingers in the hearts and minds of viewers like myself—knowing there was and is so much left unsaid. 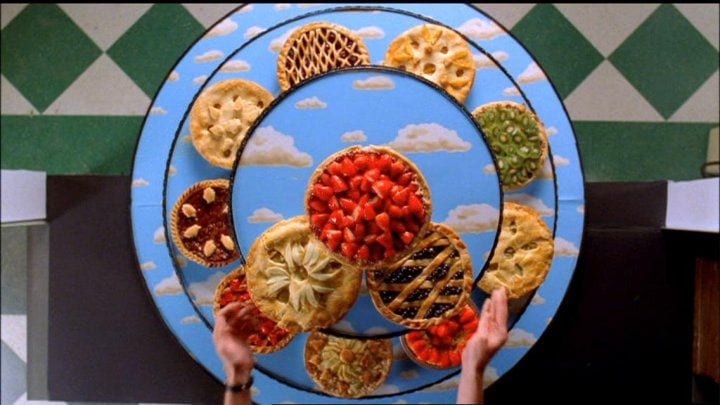 The world has changed since the last episode aired. We’ve seen a lot, done even more, and there’s never been a greater disconnect between us. Something as simple as sitting down to a slice of pie feels foreign in a climate of screaming divisions and loneliness. For what it’s worth, the series seems even more comfortable today than it did on those first airings. It acts as a sort of warm blanket that insulates us from the harshness that grows deeper by the minute. For an hour, you can break away from the news that pounds the senses to a pulp and find a TV nirvana built on sweetness. Each episode quickens the mind and slows pulses—even bringing a smile when you least expect it.

There’s always been hope that the series would come back. In a day and age when shows never really seem to be cancelled, I suppose that hope will always remain. No matter what, Pushing Daisies continues to live on in its imaginative episodes. So, come by and visit The Pie Hole again. The window is always open and the view has never been clearer.