The new normal that exists after the death of a loved one is full of tears, uncertainty, and exhaustion. Life takes on a whole new meaning, and even the most menial of activities is transformed by grief. Those left behind often feel guilty when they find themselves happy or when they momentarily think of something (or someone) other than the person they lost. As we have seen, Leigh’s days are filled with objects that send her through flashbacks of her time with Matt and remind her of a much happier time in her life. After several months of living this new normal and succumbing to the weight of ever-present grief, Leigh needed an escape.

In hopes of enjoying a couple of carefree days and nights, she took advantage of a reservation made for her in Palm Springs. Being able to take a break from grief group and a never-ending list of responsibilities to take care of in light of Matt’s death (such as canceling his credit card and calling about his student loans) was too attractive an option for Leigh to pass up. Reaching for a return to her previous normalcy, no matter how brief, Leigh disconnected from her life and her phone to reconnect with herself. 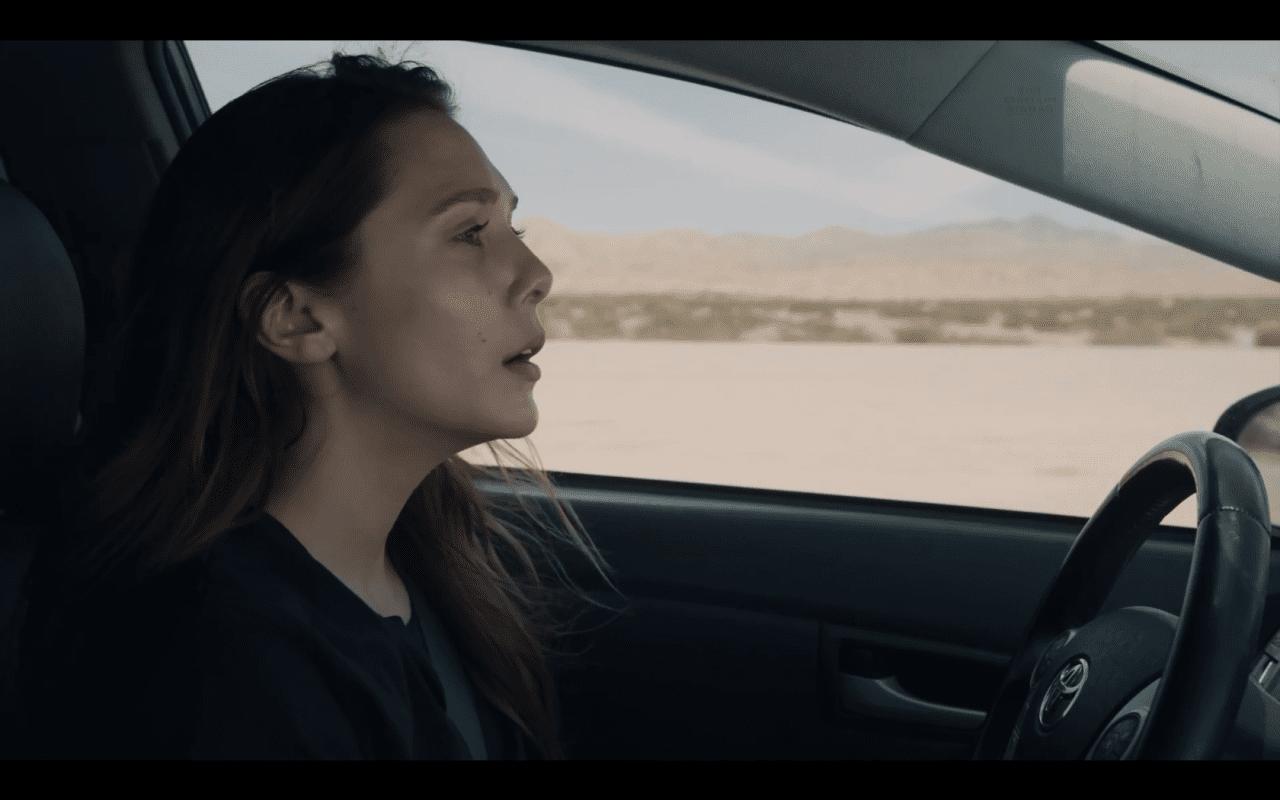 Desperate for an escape, Leigh visits a Palm Springs resort she had previously gone to with Matt. Though she does reminisce about the time they spent there at the end of the episode, until then Leigh seems intent to have a new experience and give herself a break from the responsibilities and feelings that emerged since Matt’s death. Leigh had taken on a gatekeeping-like role, searching for answers and trying to hold Matt near her so she could avoid feeling like she was letting him go. The death of a loved one—especially a spouse—consumes those left behind in emotionally taxing ways. Leigh’s personality type prevented her from giving herself the space she needed to accept the extra burden she had been carrying and she needed a change of scenery. It’s the unexpected emotional responsibility often assumed by loved ones of the deceased that make accepting the death and living with the pain a more complicated process. The added struggle of attending her best friend’s wedding gave Leigh even more emotional baggage to unpack.

Leigh has kept herself closed off from interacting with men. Her life has been consumed by finding answers to Matt’s life and death. Trying to maintain some semblance of ritual for herself has kept her social interactions limited. Being hit on at the Palm Springs resort by an especially forward and inconsiderate man reminds Leigh of a new aspect of her life that she will have to confront when she is ready. Leigh is saved by a respectful man who accepts her boundaries and gives her plenty of space.

She buys a dress and meets him at the bar later that evening, seemingly interested in exploring closeness with another person. The two share a warm night where he tells her about his family and the excellent example of romantic love his grandparents’ relationship showed him. Leigh shares a night of music and conversation with this man and the night ends with them also intimately sharing space. Leigh leaves his room before he awakes, when she thinks about the last time that she visited the resort with Matt. She needed the break and the intimacy with another person to put her life into perspective and make certain aspects of her new existence more clear to her.

This break in routine also allowed Leigh a break in her interactions with Danny. The two have become much closer bonding over Matt’s death, but even this relationship, as positive as it may be, was something she needed a break from; it was just another way for Leigh to be consumed by Matt’s death. Before leaving the resort, her mystery suitor bares his truth to Leigh about his nine-year marriage ending and his desire to see her again. Leigh intends to navigate her life by herself and is unwilling to share the extent of her reality and pain with him. 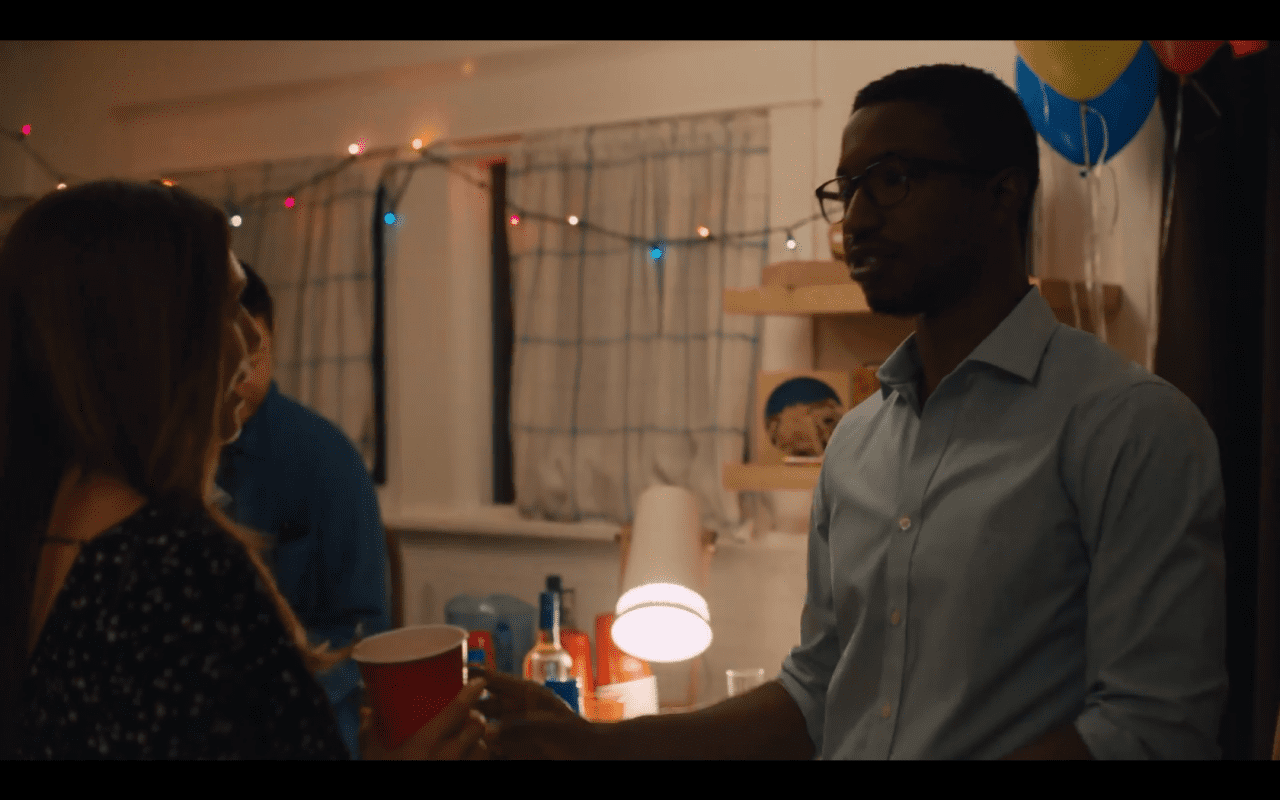 The Penguin and the Mechanic

Another struggle of those left behind after a loved one’s death is the questioning of what they would have wanted when specific issues arise. When Leigh learns that Matt’s comic book has been offered a publication, she is overwhelmed with excitement and immediately goes to Danny to tell him the good news. Though he was initially excited, when Danny learns that Matt was offered publication the day before he died, he begins to think even more strongly that Matt’s death was a suicide. He shares this fear with Leigh: that Matt had a chance at what he wanted most and it still didn’t make him happy, and that convinced Matt that he would never be happy. For Danny, the decision over whether or not to posthumously publish Matt’s comic book is a crusade over what he would have wanted and a desire to make sure only Matt’s wishes are fulfilled.

Leigh admits that publishing Matt’s comic book is essential for her. She feels it is another chance to do what would have made him happy and to make up for what she feels like she wasn’t able to do while he was alive. Leigh visits Matt’s grave for the first time since the burial and admits to the Jackie O. in her grief group that she felt nothing while she was there. Becca (Lauren Robertson) suggests that, rather than going to the place where Matt’s body lies, she visit the place where they lived together. Her visit to their apartment leads to the discovery of the publication offer and the decision that she and Danny struggle to make.

Knowing how close Matt’s comic book success came to his death sends Danny in a tailspin, with a renewed focus on figuring out if his death was intentional or an accident. Leigh marks a significant realization and moment of acceptance when she tells Danny that Matt’s death “was either an accident or a disease, either way, it wasn’t Matt.” Danny accepted Matt’s depression long ago; for Leigh, this is a pivotal point in her understanding and acknowledgment of Matt’s struggles with mental health. Amy gives Leigh and Danny a profound piece of advice when she tells them to flip a coin to help them decide what to do about the comic book. She advises them that the moment the coin is in the air, your desired outcome will become clear based on how you want the coin to land. Leigh decides that she must do this for Matt and makes it clear to Danny that she will go forward with the publication. Danny tells her that she needs to do what she feels is right, but that he must do the same and stop seeing her. He offers her no details as to why he’s arrived at this decision, but he later calls Matt’s phone and admits that he has fallen in love with her. As their relationship has grown and developed, Leigh understands that the shared pain of Matt’s death has become a bond that will define her relationship with Danny. 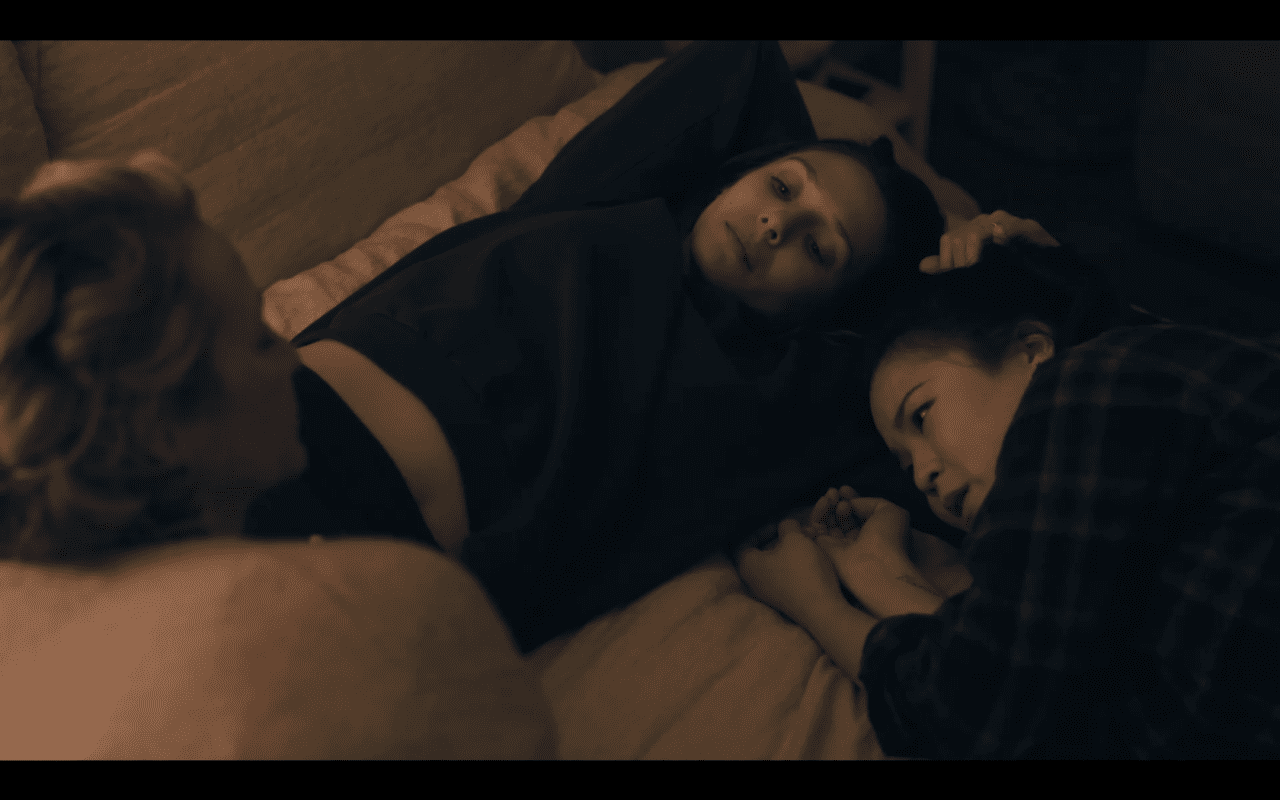 Jules and Amy have also been facing the uncertainties of both their pasts and their futures. Jules admits sadness over her adoption, acknowledging that she has struggled with relationships because of her feelings of abandonment by “the first person that was supposed to love her.” Jules also admits that she believed maintaining her sobriety would fix every area in her life that she was unhappy with, and the fact that it hasn’t has left her feeling unsure of how to solve what still plagues her.

Richard confesses to Amy that their kiss and the night they shared at the exercise studio has rekindled feelings in him, leading him to believe that they are perhaps destined to be together and have finally gotten their timing right. Amy’s reluctance to hurt Richard’s wife and her uncertainty about forgiving Richard for the cheating that ended their marriage leads her to a coin flip of her own as she decides whether or not to pursue a future with her ex-husband.

Leigh admits to her support system that she needs to stop living with the constant grief she has felt since losing Matt. She can no longer continue that existence but she also feels as though relinquishing herself from grief would mean letting go of Matt. The pressure that Leigh has placed on herself and the emotional toll she has assumed since Matt died has led her to the precipice of accepting the realities of her new life without letting them define her.

Sorry for Your Loss traces the exceptional struggle of navigating the terrain of grief while also shining a light on and destigmatizing mental illness. The entire first season of the show has shown, an an incredibly relatable way, the tribulations that one goes through when confronted with the sudden death of a loved one and what it means to pick up the pieces of your freshly shattered life. An assessment of the comments of the show’s Facebook page proves that many people see aspects of themselves in Leigh’s struggle and have benefited greatly from the show’s existence. There is nothing more human than our shared experiences and what it means to have a bond severed in such a permanent way, and Sorry for Your Loss has depicted that trauma in ways not typically shown. The day-to-day activities that release memories of the deceased, the feeling fine one moment only to be crying over donuts the next, and the profound pain of admitting to people out loud that your spouse has died are all aspects of grief explored through the show.

In addition to the show’s thorough examination of grief, mental health and depression are also examined. Matt’s innermost feelings about his medication cycle, his seeming inability to submit to happiness, and his worry that he would never feel better are the kinds of automatic thoughts that those who suffer from depression experience but rarely see properly expressed onscreen. By showing the world inside Matt’s head, the viewer is allowed to think about what depression means for so many people, which is an essential component to opening a line of dialogue between those that suffer and those that do not. Sorry for Your Loss is the kind of show that proves an essential element to understanding the human condition and I only hope for many more seasons are to come. 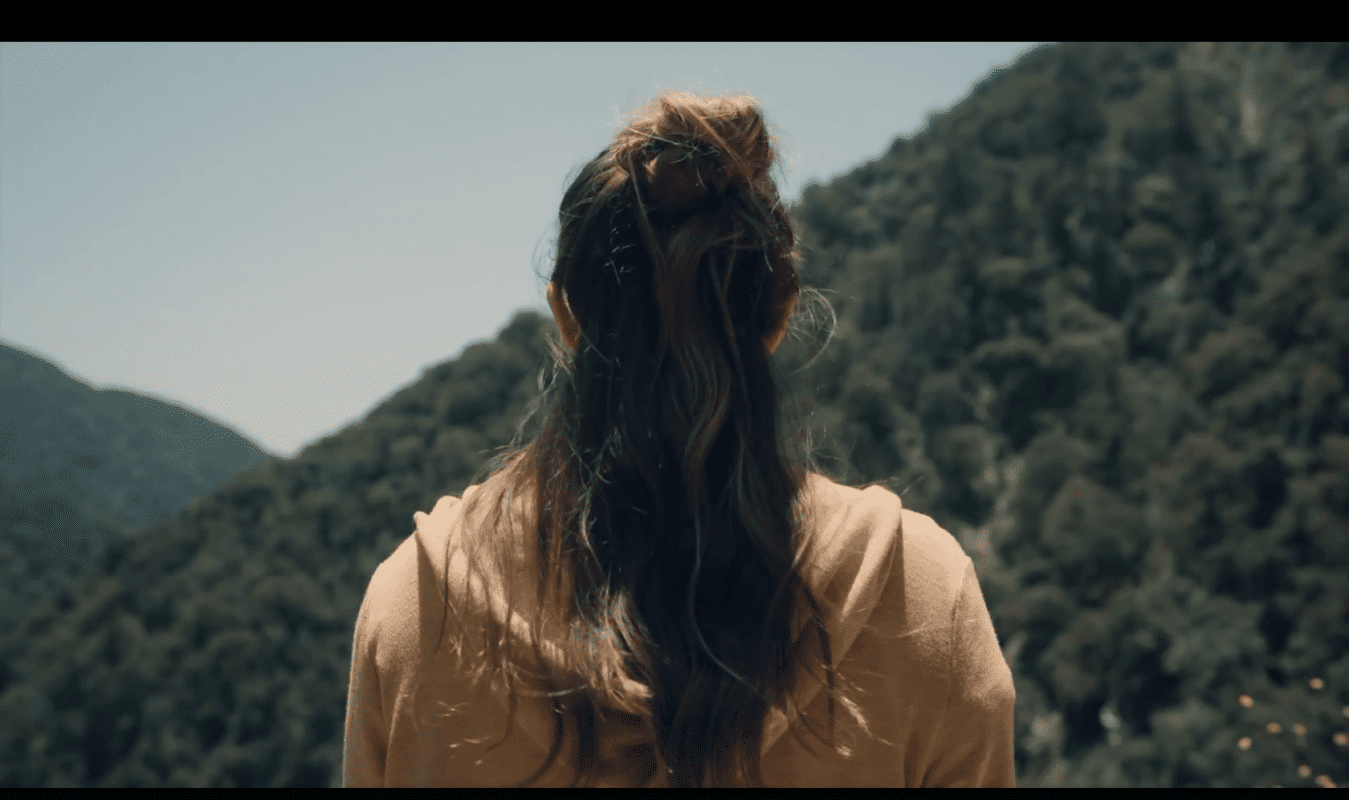 More From: Sorry For Your Loss