When you’re all grown up with a job, bills, and responsibilities, it’s apparently hip to look back at movies like The Crow and talk about how dated they are.

“Gah, I can’t believe how much I liked that movie. What was wrong with me?”

I’m not that guy. I’m the other guy in the room mumbling to himself:

“I don’t know what the hell everyone’s problem is, Eric Draven is a bad-ass.”

What’s more, I don’t even think these Crow-haters are sincere; deep down, everyone wants to be Eric Draven. We’re talking about a guy that so epitomizes the concept of “cool,” Sting spent the better part of his WCW career trying his best to imitate him. That’s the movie to first awaken my inner goth-kid. I never bought a trench coat, because only a select few can pull those off, but I saw the movie in 1994, it’s going on 25 years later and I still haven’t stopped wearing black clothing on a daily basis.

Now that I think bout it, I have to wonder how many lives that movie knocked off course for success by activating dormant melancholic tendencies.

Eric Draven’s angst and woe is damn-near palpable as he roams the alleyways of Detroit on Devil’s Night in search of the murdering rapists who obliterated his perfect life. You just can’t feel bad for a rapist. Is Draven’s objective—to brutally kill the guys who wronged him and his fiancé—a selfish and morally repugnant objective? Yes. It’s not even close to the right answer, but who cares? They raped his bride-to-be, forced him to watch, then murdered him and let Shelly suffer to death for 40 hours. Doing “the right thing” wouldn’t be on any sane person’s agenda at that point. For that matter, no previously-sane person would still be sane.

Try and really understand what happens to Eric Draven, following his tragic murder.

Eric is dead, minding his own business, and trying to sleep this nightmare off in his coffin, when some infernal squawking avian necromancer comes along to wake him up and remind him of the torment he endured a year prior.

I’d be pissed too.

Eric Draven lets himself fall to pieces for the moments directly following his resurrection, then gets his head on straight and more or less says: “Why take this rage and frustration out on the mirror, when the evil-doers are right across town? Why aren’t they already in prison? Someone seriously dropped the ball with these four. Their days of sitting around dive-bars eating live ammunition are over. Now where’s that weird-ass bird and my face-paint? I want to make an impression.”

Eric sets out to right some wrongs. He’s not interested in justice, sending people to jail, serving the greater good, or any of that Batman shit. He just wants the blood of the men responsible, then he’ll be done. None of the people he murders are the least bit sympathetic, although I’d probably have been a patron of Gideon’s Pawn Shop, if given the chance.

Ok, Tin-Tin might be the most gruesome of all four. He’s not even feigning remorse for what he’s done. When Eric Draven confronts him on raping and murdering Shelly, Tin-Tin laughs in his face and says “yeah, I shagged her pink ass and she loved it.” That line will never not make my skin crawl and I’ve seen The Crow at least twenty times.

Being stabbed to death was too good for Tin-Tin. Eric should have taken his time.

Funboy has a nightmarish quality. Eric Draven tells one of the funniest, most offensive jokes in movie history, and Funboy can’t even appreciate it.

“Jesus Christ walks into a hotel, hands the innkeeper 3 nails and says: ‘can you put me up for the night?’”

Funboy just stands there like he’s on morphine, failing to realize the fact that Eric is a comedic genius. Being evil is one thing, but when the tortured goth has more of a sense of humor than you, that’s sad.

Eric was doing Funboy a favor by killing him. There was no joy in that guy’s life.

T-Bird is complicated because while he’s every bit as much, or more, of a degenerate than Tin-Tin or Funboy, he also has the best line in the movie.

“Abashed the devil stood and felt how awful goodness is.”

I’ll give T-Bird this, he spoke that line and stood behind it all the way to the end. Consistency is rare.

Honestly, I don’t know what was going on there.

It still doesn’t make any sense to me.

How did Michael Wincott not become the Hollywood go-to for evil villains after making The Crow? He played a vile, remorseless character with such conviction, I feel just about anyone else in that role would have made it completely cornball, but Wincott pulled it off like a champ, and he made it look easy.

Still, great a villain as he is, his death is a fitting close to such a dark story.

The Crow isn’t dated, it’s aged just fine and is every bit as enjoyable as it ever was. It was always over-the-top; I’m fairly certain it was always supposed to be. But rather than calling the film dated, I’d call it a perfect snapshot of a time in American history that can never be reproduced. It simply couldn’t be made today. Every time someone tries to make a sequel, remake, or series of The Crow, they either give up, or the audience wishes they’d given up.

That was Brandon Lee’s role, no one else can have it. 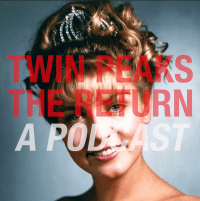