Looking for something to check out on Shudder? Look no further than these Five Killer Picks from Jason! 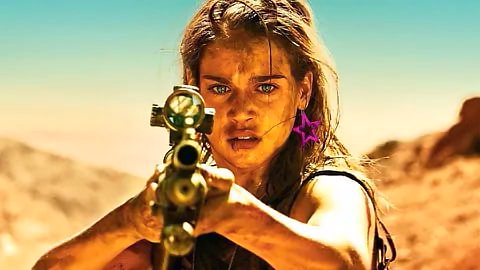 2018 was bound to be an interesting year for horror when right out of the gate came one of the most visceral (not to mention timely) and invigorating movies in some time; Coralie Fargeat’s sensational Revenge.

Newcomer Matilda Lutz is absolutely marvelous as an aspiring actress named Jen who joins her married male companion to a desert getaway where she expects a quiet few days alone with her guy, not doing anything but hanging out in the bedroom and out by the pool while displaying their ridiculously toned bodies to nobody but each other. Those plans are cut abrupt when two of her boyfriends sleazy male friends unexpectedly show up. A night of drunken flirting between them all turns into something horrifyingly nightmarish for Jen. When the three men turn on her to protect themselves, her blood-lust for revenge against each of them burns hotter than the torturous, searing sun bearing down on them all. I’m not giving away any more because the thrills and shocks come fast and mean here so the less you know, the better.

I will say that the blazing desert hasn’t looked this punishing on screen since George Miller’s Mad Max: Fury Road and Lutz’s performance is part Jodie Foster as Clarice Starling, Linda Hamilton’s Sarah Connor and even Gal Gadot’s Wonder Woman. She’s that revelatory. As for the blood, I don’t think even Reservoir Dogs had as much red stuff flying and flowing everywhere. Brace yourself because Revenge is a blood and sun-soaked powerhouse with more on its mind than gore. Writer/director Coralie Fargeat has crafted one of the most potent and powerful thrillers in years. 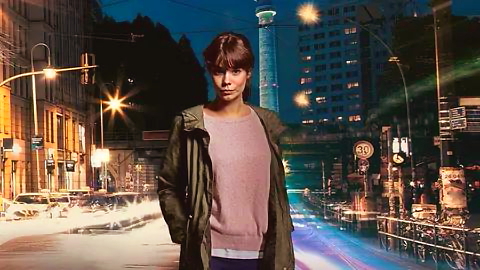 Exactly 25 years ago this month, I sat mouth agape in astonishment while watching Brian De Palma conjure up that magnificent tracking shot of Al Pacino practically gliding through Grand Central Station in Carlito’s Way. To me, this was movie heaven. Three minutes of cinematic delight and I said to myself then that someone, someday is going to make an entire movie shot all in one incredible take just like that. That movie came out in 2015 and it’s called Victoria.

Taking place during one single night, Victoria stars Laia Costa as a young Spanish girl, recently transplanted in Berlin, who finds herself in the company of four other young men outside a club they couldn’t get into. Victoria spends the early morning with them as she doesn’t know anybody else in Germany. Accompanying the dudes through a park and on top of a roof, she brings one of them back to the cafe where she works and there’s even a hint of a romance starting to blossom. The dawn turns dangerous however as Victoria finds herself caught up in a bank robbery to fend off a gangster her new “friends” are indebted to. Chaos reigns during the second half of the the movie and ultimately, it’s a matter of survival for all involved.

Director Sebastian Schipper performs the near-impossible as his nearly 2 1/2 hour thriller which takes place all over the city, was filmed in one astounding take between the hours of 4:30 AM to 7:00 AM on 27 April 2014. Nothing like has ever been attempted for the screen and perhaps won’t be for some time. Whatever business you need to take care of before watching Victoria, do it then because once it starts, you don’t want to miss a second. 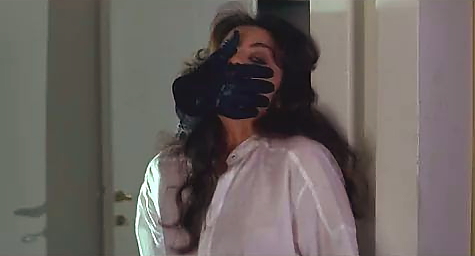 Slashers were all over the place during the very early ’80s mainly due to their relatively low costs to make. A major drawback was that for the most part, the cheapness showed. The majority of these hack-em-ups took place in grimy, soggy, dimly-lit areas and for props, all a psycho needed was a sharp, pointy weapon and some kind of sack to go over their head.

So what a treat it was when one of horror’s most noted stylists, Dario Argento released Tenebrae in 1982. Not only did this entry into the genre look great, it was actually clever too. Yes, there is blood and shocking kills, but it’s done with a sense of macabre fun rather than ugliness. Inventive camera shots, gorgeous Italian women, a killer that doesn’t mess around and a sense of fun dominate this superb Giallo about a leather-gloved maniac enacting out grisly deaths found in the pages of the American crime novelist Peter Neal (Anthony Franciosa). Eventually Neal himself is considered a suspect and has two problems: evading authorities and making sure he isn’t next to be one of the killer’s deadly victims by means of his own imagination. Dario Argento’s film stands out simply due to three qualities most slashers of the era lacked: style, fun and brains. 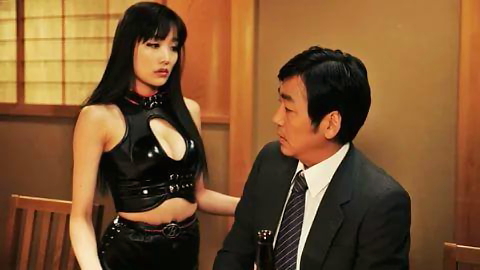 R100 is one those you’ve-gotta-see-it-to-believe-it movies and after you’ve seen it, you’ll likely still not believe what the hell it was you just saw. Even if you think you know what to expect here, this movie goes in directions you never saw coming. It’s certainly not for everyone but if you’re willing to go along with it, R100 will almost certainly leave an impression on you. And perhaps even your nightly dreams.

A mild Korean salesman named Takafumi (Nao Ohmori) has signed up with an organization which provides a unique service; to dispatch a bevy of latex-clad dominatrix’s to show up at random intervals in the man’s life – to do nothing but beat and humiliate him. Reaching his breaking point after one particular degrading public humiliation, the man wishes to terminate his agreement – which in stories such as this, is easier said than done. In fact, the beatings and humiliations start to become quite intrusive to him – not to mention, cruel, deranged and downright sadistic. R100 combines elements of Buenel’s Belle De Jour mixed with David Fincher’s The Game with a dash of Takashi Miike’s Audition thrown in. Hitoshi Matsumoto’s R100 is off the wall demented but what else can one expect from a movie which features 5’10 fashion model Ai Tominaga portraying Kicking Queen, perhaps the most sinister and perverse female baddie since Kill Bill’s GoGo Yubari. 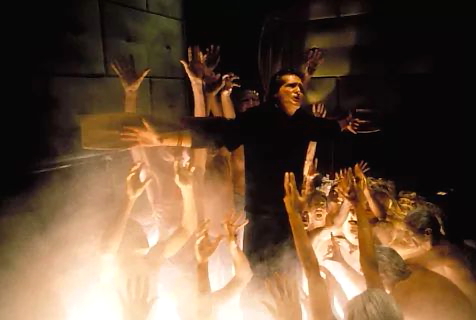 Due mainly to the ridiculous and incomprehensible Exorcist II: The Heretic in 1978, it would be more than a decade before a third film in the franchise would be released. Even then, Exorcist III (originally tiled Legion) would be tinkered with and re-edited by the studio so much that by the time it opened in the fall of 1990, audiences were confused as to how it fit into the Exorcist series. It very quickly faded from theatres. However, over the years, Exorcist III has found an audience through home video and has even become a must-watch during Halloween time.

15 years after the original Exorcist, Lt. Kinderman (George C. Scott) is still haunted by the events which transpired that night and of the loss of his friend, Father Damien Karras. Kinderman’s unease is not helped when a series of child killings suddenly begin occurring – seemingly committed at the hands of  someone dubbed The Gemini Killer – who died 15 years prior. It’s not long before he realizes that these latest murders are in fact related to the incidents of that night in 1973.

Exorcist III is a chilling, brainy and eerie return to form after whatever-the-hell Part II was and III even features what is considered by some, to be one of the scariest moments in film history. If you’ve seen this movie, you know exactly the moment I’m talking about and if you haven’t seen it yet, grab the recently released Blu-Ray, turn the lights OFF, turn the volume UP and settle in. I promise you, you will jump.