I recently had the pleasure of interviewing Dave Holstein, creator of Showtime original series Kidding, as well as previously writing for Weeds for seven seasons. In this interview, we covered numerous topics including the show’s origins, thirty minute shows compared to an hour, the finale, the cast & a slight Season 2 tease. This was a really fun conversation that I hope you enjoy. Photo by: Eric Charbonneau

AG: Kidding is a really unique series, even for this day and age. I wanted to ask about the show’s origins and where the idea came from.

DH: It took about 8 years to get the show made and over that time I would say the idea evolved to fit both Jim (Carrey) and the times we’re living in. It began as wanting to show the struggle of a kind man in a cruel world. My background is working on the show Weeds for about 7 years and it came out during the big anti-hero push on cable. Weeds was a reaction to Tony Soprano, then after you of course had shows like Breaking Bad and Mad Men. My feeling was that there was going to be sort of an overkill of anti-heroes on television and I thought that the next chapter might be someone who is just trying to stay good. Lucky for everybody, Trump got elected (laughs) and in my opinion, I think that created a world that wanted to watch the Mr. Rogers documentary. It ushered in a world that wanted to remind you of that opposing voice. When we started this first season of Kidding, we took the kind man in a cruel world and realized that it’s a very germane experience to what’s going on in the world right now. The world feels very cruel and we’re all trying to make our way through it. Out of that story we sort of found the steam of how all of us have the capacity to be both kind and cruel.

AG: You mentioned the project evolved partly because of Jim. How long was he attached to the project prior to filming?

DH: Jim’s name was in the first line of the first draft of the script. It was written with him in mind. This was before True Detective and movie actors were getting TV roles. Everyone thought it was crazy to put that in. It was crazy. It took several years before that even became a possibility. I started writing on a show that Jim produced called I’m Dying Up Here and I was working with Jim and he got a hold of Kidding, read it and really loved the script but was really hesitant to do television. It took about 2 years to get him to commit to doing television with the help of also getting a feature director that he trusted on board.  I’m very thankful in retrospect that he did commit to it and we were able to find the character together.

AG: Television as a medium has changed so much over the past few years. Not only are we seeing people from the film world in television but we’re also seeing more limited series and show’s with definitive end dates set very early on. Was Kidding imagined as an open-ended series or have you designed it to be a shorter run show?

DH: It’s written as an ongoing series. The way to think about it is, if the story we were telling was Jeff Pickles has a breakdown, that would be a limited series. That would be a finite action. You would watch him spiral and spiral and then hit the ground. Instead, the story that we want to tell is about someone who is having a mental breakthrough. If that’s the case and you’re choosing to start the series in a very dark, tragic, sad place then the only place to go is up. All you can find is hope and optimism. If that’s your trajectory then in my opinion, that’s an ongoing series.

AG: Judy Greer was standout all season long in my opinion. While often time a more quiet character, she was scene-stealing with her facial expressions and body language. She had this power to her in every scene she was in and could display every emotion from heartbreak to hope with few words. Was she someone you had in mind for the role prior to filming?

DH: Judy Greer auditioned for this part. You have to understand that Frank Langella and Catherine Keener were people who Jim knew right away he wanted to work with. He pictured them in the roles, I agreed and we went after them and they said yes. That was so quick. We went looking for a Jill. There were some wonderful actors who auditioned for the role of Jill but I had no idea who the character of Jill really was until I met Judy Greer. She blew everybody away. She came in and auditioned with that scene from Episode 4 where she and Jim go at it. She was incredible. I regret not having the real estate to feature her more in Season 1 but rest assured I have lots of plans for her in Season 2.

AG: The finale was one of the most powerful half hours of television that I’ve witnessed in a long time. In the opening scene, we see this breakthrough from Jeff where he’s speaking to his estranged wife and son but it’s connecting with everyone listening. It was incredibly powerful, but equally as so was seeing where he wound up by the episode’s end. What was your process like coming up with the finale?

DH:  I’ve always been a fan of the thirty minute drama as a sandbox. It lets you weaponize density. It rewards you for layering because you sort of have no choice but to pack as much in plot-wise as possible. In this show, there’s a lot of balance between light and darkness and the finale had to be a microcosm of that. The speech on live television was something we had been building to and hinting at and structurally, the plan had always been to end the season with the speech. When we started breaking the season, we realized that it would be an interesting choice to open on it and build on it. Personally, it was a really rewarding episode to hammer out. The first 12 pages are Jeff standing at a podium but you’re cutting around to all of these different people you met throughout the season. That was a fun payoff. Then you start to get to the hard stuff and the structure wound up being the speech, the puppets montage in the middle, which was something I had looked forward to writing all season. There were a couple of puppets we had to leave out that I really wish we had more time to shoot. Then the end was going to be the endgame, with the car, and the last image of the waterfall was something that I had in my mind for a long time and we were lucky enough to fly up to Oregon and shoot the waterfall.

AG: Episodes of Kidding were available to view in advance of its scheduled time slot on Sunday evenings. Was that a decision you had any say in or was that something the Network wanted to do?

DH: I didn’t even realize that was happening at first. The latest episode was hitting the Showtime app around midnight EST and Reddit would start lighting up around that time. I was like “where are they watching it at?” (laughs) I learned with everyone else. I didn’t even know they were releasing the pilot on YouTube ahead of time until the night before. It’s different. I prefer the Netflix model of drop it all and binge it but I get the mindset behind the weekly roll-out as well.

AG: How far are you into Season 2 plans right now?

DH: Negative 1 (laughs). We’ll be going back to the writer’s room in January. My thoughts are loosely scattered at the moment but I’m looking forward to it.

DH:  For me, the show really opened up in terms of what its potential could be was the end of Episode 4, when we do the montage that ends with the waterfall and the parachute flying over the edge to safety. That to me was an example of what the show’s strength was—that it makes you feel—and a successful episode for us is when you feel something. To that end, the song in Episode 6 when Jeff sings to Vivian with the puppets was something only we could pull off and it was a magic moment that really made me happy. Then the stuff that was fun to shoot: The execution, which I probably shouldn’t have preceded that with ‘fun to shoot’ but I love our real subtle jokes. There’s a scene where everyone is red-headed, they’re supposed to be the family of the deceased there to watch. So that made me happy, looking for all those red-headed extras. Then just the joy of being on set with Jim Carrey. Having those moments that reminded you of all the reasons why you wanted to be a writer.

AG: Thanks so much for taking the time to speak with me today and I’d love to speak again as we get closer to Season 2.

DH: Absolutely, thanks so much for calling today and for covering the show.

The Sound Of Fear: A Conversation With Writer-Director Graham Reznick 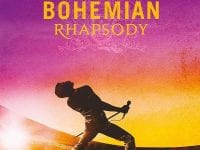