One of the most chilling and talked-about series to hit our screens this year is The Haunting of Hill House. Our writers have decided to turn over a few rocks and do some digging with in-depth profiles of the main characters in the show. Who knows what they might discover? So, draw the curtains, turn out the lights, and tuck in for Part Five of Five in 25YL’s look at the Crain siblings from The Haunting of Hill House, as Hannah Searson discusses Nell.

It’s hard to be objective about it—in many ways, I am the “Nell” of my family, so viewing the character with a critical eye is almost impossible for me. When I finished the show, I had to sit silently in my living room for a long while, trying to distinguish my thoughts from my feelings.

This is because, at least to me, the finale felt like an act of abject cruelty.

Nell is the youngest Crain sibling, and that immediately clues you into perhaps the most important part of her character: her vulnerability. It’s sensed by her siblings and emphasised throughout the show as she struggles to maintain a solid grasp on reality, particularly in the wake of her husband’s death. Most of her screen time is spent in a state of utter distress, from the moment that her childhood screams open the show. Her sleep paralysis and visions of the “Bent-Neck Lady” are, of course, the most prominent examples of this. Nell and Luke are the siblings most affected by Hill House’s ghostly denizens, and this trauma suffered by the twins is carried over through to their adulthood.

Luke retreats into addiction, and Nell remains in a state of arrested emotional development. She grows up, gets married to a kind, handsome doctor who will hold her hand through her episodes, but you don’t see much more in the way of adulthood markers for her character. How does she make a living? Does she have any hobbies? Vices? Friends? The other Crain siblings (with the notable exception of Luke, of course) make an effort to move on from their summer spent in Hill House. They all enjoy some measure of career success, but the most we see of Nell as an adult is her idyllic courtship and marriage to Arthur, before he dies tragically and she is once again left in a state of vulnerability and distress. This is the way that Hill House affected her—it left her unable to grow and mature, and left her stuck as the scared little girl, trying not to scream at the vision in front of her eyes. None of the Crain siblings left Hill House behind them, that’s the point of the show, but it’s at its most prominent with Nell. 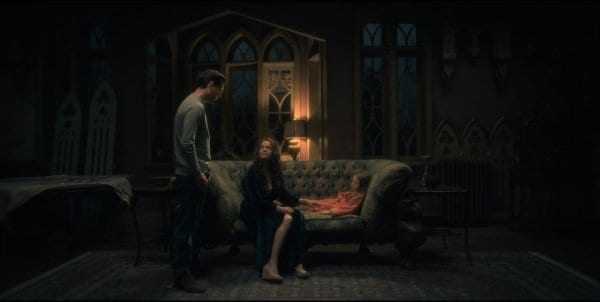 If we are taking the Kübler-Ross model of grief as a useful lens through which to view the show, and assuming that each sibling in some way echoes that model, then Nell is acceptance. Despite my ability to identify with her, this is something that we do not share. Her story is about her resistance to acceptance, and understanding the fact that she never has, and never will, leave Hill House. It is only upon returning there in her focus-episode, “The Bent-Neck Lady,” that she understands this. Nell’s scenes as an adult present her as a young woman desperately searching for an anchor. In the end, she finds it in the form of Hill House. It’s where she’s always been, really, on a soul-deep level.

The reveal that, all along, Nell has been the Bent-Neck Lady—the horrifying ghost that she has been seeing for most of her life—is truly disturbing. As a child, it reminds her of the power of the house, and as an adult, it suggests that she hasn’t escaped the house’s influence, and that it will follow her for the rest of her life. A life that ends with her screaming as her own neck snaps, condemning her to torture herself for one, eternal instant. 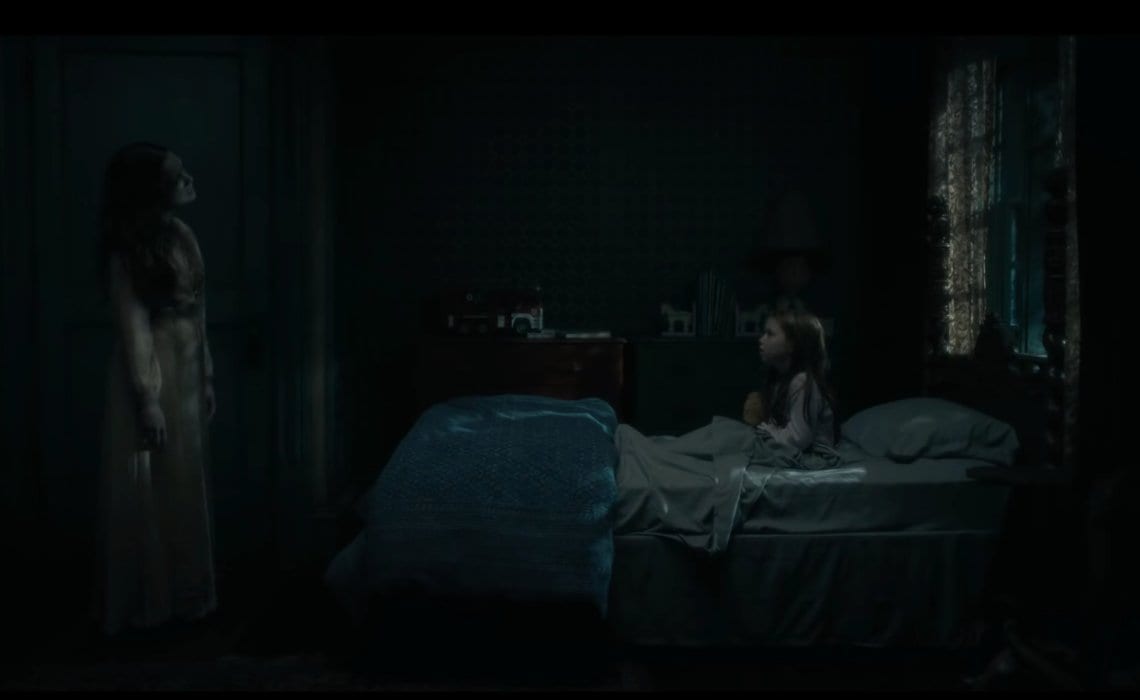 The horror of that moment, probably the most effective set-piece of the entire show, makes her ghost’s appearance in the finale all the more jarring. She’s no longer living that moment of terror and grief, but rather has an ethereal acceptance of her fate. She exists to help her still-living siblings find themselves, and escape the house. “I loved you completely, and you loved me the same. The rest is confetti,” she tells her siblings in the finale, trying to persuade them to leave her, the Red Room, and Hill House, behind them.

That’s what I mean by abject cruelty. By the finale, Nell is reduced from the screaming, crying, “difficult,” “crazy” sister to a husk of herself, only able to speak in platitudes. Her husband died, so therefore she has nothing to live for. As for her siblings, they achieve the closure they need from their mother’s death through the suicide of their youngest sister. That feels unfair, regardless of her own acceptance of her fate. But part of me believes that my personal resistance to her story’s end is the point. “A ghost is a wish,” according to Steve, but I disagree, or at least I would like to make an addendum to that statement.

Ghost stories don’t run on logic, in fact they collapse under its weight. Ghost stories are, necessarily, fully-felt creations because as soon as you introduce “whys” and “hows,” you see their cracks. A good ghost story is one that allows you to process an emotion, guiding you through it so you can let go of the ghost itself. After all, souls aren’t meant to linger on Earth after death. Instead of a wish, a ghost is an emotion. Nell is a ghost, and perhaps was one all along, even as a child. Of course, I don’t mean that literally, but rather she is the emotional focal point of the show, the lynchpin that draws the other siblings back together and forces them to confront the trauma inflicted upon them by Hill House.

A more telling and “true” line of Nell’s, that goes beyond the “confetti” of the finale, is from the end of “Two Storms”—“I was right here. And none of you could see me.” It’s six year-old Nell who says this, but it’s true throughout. Nell is disappeared, but she’s always lurking in the background like the many ghosts creeping in on the edges of the show’s shots. She can scream and wave her arms all she likes, but that doesn’t make any difference if she’s already been “digested” by the house.

“Nell didn’t kill herself, Hill House did”—or so Hugh says at her funeral, but that’s not true either. She never got the chance to truly live, the house took that from her. “That’s because it sucks to be Nell,” Theo says in the first episode. Now that statement is undoubtedly true.

Nell’s resistance to the idea that the house already owns her, that she is and always has been, a ghost of the house, is at the heart of the show. By the finale, her ghost has reached an acceptance of that fact that she was never able to obtain in life. I’m not at that stage yet. I’m angry on her behalf and sad at the implication that closure can only come to this family through the death of their “craziest” member. I play over and over in my head all the possible alternatives to that finale—ones where the house swallows all the Crain siblings whole, ones where Nell vanquishes the malevolent presences inside the house, able to then move on peaceably. Sometimes I think they would have been more dramatically satisfying.

But that’s what death is: it’s never the closure we want, and it is always, always cruel. So maybe there’s some truth to Nell’s story. I’m not convinced yet, but I might someday be able to join in her acceptance of her fate and see the rest as confetti. 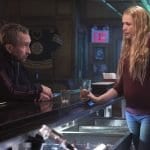