As Season 1 of Star Trek: Discovery drew to its epic close after a season of war with the Klingons and a harrowing excursion into the Mirror Universe, the crew of the USS Discovery answered a distress call from none other than the legendary USS Enterprise under the command of Captain Christopher Pike. Season 2 picks up immediately from that point with an action-packed debut (“Brother,” written by Ted Sullivan, Gretchen J. Berg & Aaron Harberts) that takes Discovery (the ship and the show) into bold new territory. Seven red bursts occur across 30,000 lightyears, appearing in perfect synchronization and then disappearing just as quickly. They’re not stars, planets or moons. Scanning these bursts has made computers go haywire. One of the seven bursts stabilized long enough for the Enterprise to scan it and fix its position, but doing so caused multiple catastrophic systems failures. It is now Discovery‘s mission to determine what these bursts are.

The addition to the cast of Anson Mount (most recently a survivor of the Inhumans fiasco) as Capt. Pike changes the atmosphere of the show immediately. Pike, at this point in his life and career (we find him to be a bit of a brooder in The Original Series, set about 10 years after Discovery, played by Jeffrey Hunter), is a jovial fellow, though still commanding. He’s much more of a Kirk type than what the Discovery crew is used to, having been captained by Gabriel Lorca in the first season until he turned out to be a refugee from the Mirror Universe. Pike is fully aware of the trauma and mistrust caused by Lorca, and he steps into his role as commander of the Discovery presenting a smiling face and an open hand. He asks to deliver the news of his transfer in person “out of respect for what you and your crew have been through.” He presents his Starfleet personnel record for all to see to reassure them that he is who he says he is. Heading into their mission he asks for a roll call of the bridge officers—”sound off! And skip your ranks, they don’t matter”—implying that he will treat his crew with respect and as equals (and you can see by Detmer’s amused smile when he directs her to “fly good” that his method works). In fact, in the second half of the episode, the whole bridge dynamic is noticeably different from what we saw in Season 1, with more of an ensemble feel. Throughout the remainder of the episode, the secondary bridge characters get an increased amount of screentime. This is particularly true of Detmer and Owosekun, played by Emily Coutts and Oyin Oladejo, who not only get more dialogue than they were given in the whole of Season 1, but whose skills are key to a successful rescue operation. Production photos were released in Entertainment Weekly at the beginning of January that showed Owosekun on an away mission with Captain Pike and Michael Burnham, so it seems likely that the B-cast are going to be given more substantial roles this year.

Another addition to the cast is writer/stand-up comedian Tig Notaro’s Jett Reno: a feisty, shoot-the-shit engineer from the medical frigate USS Hiawatha, stranded in the wreckage of her crashed ship after a run-in with the Klingons during the war while transporting war wounded to a Starbase. She’s been on her own for over 10 months, trying to keep other survivors in critical condition alive through mechanical means when there was no doctor on hand to care for them. Reno proved to be one of the highlights of the episode, with her hard-edged, no-nonsense, trash-talking yet good-natured style. It’ll be interesting to see how she folds into the Discovery narrative, but there are two strong possibilities. The first is that it’s revealed in this episode that Discovery‘s engineer, Paul Stamets (Anthony Rapp) plans to transfer off the ship, leaving a space open for Jett to step in. Will there be some headbutting between these two while Discovery finishes up Pike’s mission? The second possibility: while in crisis mode, Pike asks Jett what she knows about “the signal,” explaining that they found her when tracking the position of one of the red bursts. “I don’t know anything about it” she responds, and the scene moves on. There you have it. She almost definitely knows something about it.

As with Season 1, the heart of the show remains Michael Burnham, played by Sonequa Martin-Green. In the first season, we learned that she was raised on Vulcan by Sarek and Amanda, Spock’s parents, making her a half-sister of the Enterprise science officer. In “Home,” we see her first coming to live with Sarek, being introduced to Spock for the first time, being read stories by Amanda; we see the groundwork being laid for the woman that she would later become. Here, we learn that her relationship with Spock has been fractured at best, but there was “a time” that he accepted her. So what is it that caused the rift between them? She was expecting to see him when the Enterprise rendezvoused, but she learns that he’s taken an extended leave of absence. We know, from having seen trailers, that this has something to do with the mystery that Pike is investigating. But Burnham doesn’t suspect this until the final scene of the episode, as she inspects his quarters and finds a drawing that he’s done that turns out to be a map of the seven anomalies. How did he discover the bursts? What is his connection to them?

There’s an awful lot going on in this episode, with new cast members added, existing members embellished, a new mission launched, and a past relationship explored. But there’s so much more. We’ve barely touched upon Stamets’ resignation and how that will play out (I mean, it’s a safe bet that he won’t actually be leaving, but how he gets to that point is what will be interesting); the fact that proximity to the burst seems to have reignited the mycelial network; our first two references back to the events of the Short Trek mini-episodes (Tilly now being in command training and Saru mentioning his sister Sarana); and more. And all of this is going to be explored a great deal more in the coming season. But since we know from trailers that we’re about to come across a phenomenon associated with the bursts called the Red Angel, I suspect that the heart of this season will be an exploration of faith in the face of science. What do we do when we encounter something we can’t explain? Where does scientific knowledge end and belief begin? How will this exploration test each one of our main characters? It promises to be a fascinating journey. 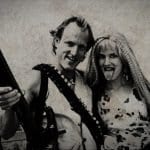