Amazon Prime surprised subscribers with early access to the pilot of the action drama series Hanna for twenty-four hours only after the big game on Sunday night. The series does not premiere until March on the streaming giant, but those that were lucky enough to catch the series’ first episode ” A Forest” were in for a real treat. Based on the 2011 Joe Wright  film of the same name, Hanna centers around the titular young teenage girl with heightened abilities, her relationship with her ex-mercenary/soldier father Erik Heller, and high-ranking CIA agent Marissa who will stop at nothing to kill them both. Joe Wright’s 2011 Hanna boasted big names in these roles: Cate Blanchett as the cold, calculating CIA operative, Eric Bana as Erik Heller, and a young Saiorse Ronan as the young heroine. This time out in some truly exciting casting news, The Killing‘s lead detectives Joel Kinnaman and Mireille Enos are playing Erik Heller and Marissa respectfully, but viewers should not expect them to be solving any murders of teen girls. Relative newcomer Esme Creed-Mills will take on the titular character Hanna in her first leading role.

“A Forest” starts fifteen years prior to the events of the main series as the episode dives right in without any prior exposition to the daring escape of baby Hanna from a top secret hospital facility of some kind that Erik Heller sneaks in and fights his way out of.  This opening sequence is executed perfectly. From the opening shot of Joel Kinnaman’s Erik sitting in a chair with the weight of the expression of what he is about to attempt to pull off worn all over his face, the quiet tension of watching Erik actually pluck his baby Hanna from the hospital, the brutal fight scene with the guards outside, to Mireille Eno’s Marissa and a team of CIA killers hunting the Hellers down and carrying out nothing less than the attempted execution of an entire family.

The most haunting shot in “A Forest” happens just as the action in the opening sequence comes to an end. After a last minute daring trek through an open field in an attempt made by Erik to get his wife and baby Hanna to the safety of the forest, Marissa and her team rain down literal hell fire on them from above in a black ops helicopter. Erik loses complete control of the car and sends it slamming into a tree, the impact killing Mrs. Heller instantly, crushing her skull. It is the sudden and totality of death that the next shot fully encompasses as after dying Erik’s wife head falls onto his shoulder as if sleeping, head turned to the back as if her eyes are still quite alive and fixated on her baby Hanna. It is a beautiful and horrifying shot.

Narrowly escaping with baby Hanna, Erik Heller is next seen running through the woods to the tune of the show’s theme: Karen O of Yeah Yeah Yeahs‘ “Anti-Lullaby,” a haunting nursery rhyme that was written for the series. Fast forward fifteen years and Hanna is quickly seen taking down a deer and then combat training with father Erik. They have been living in the snowy woods of Poland, isolated from the rest of the world in fear that someday the CIA and Marissa may come back to finish the job. Erik teaches Hanna to defend herself, but he also teaches her that all people are “dangerous and not to be trusted,” makes sure she is fluent in several languages, and has a basic understanding of Western popular culture.

What Erik cannot possibly see about Hanna but soon becomes evident throughout the episode is that both psychically and emotionally she is changing from a child into a woman with her own desires, thoughts, and feelings. She wants to see the world. She wants to live free. She even says so at one point in a confrontation with Erik demanding to know why she is not allowed to go past a tree painted red line boundary that he has made for her to keep her safe. Hanna sneaks out and makes somewhat of a friend in Arvo, a teen logging boy who gives Hanna her first Snickers, her first cigarette, and almost her first kiss.

It is often said that fathers know best and although that surely is not always the case in reality it does prove to be somewhat true in the finale of Hanna‘s first episode. For a brief few hours, Hanna seems free.  After absconding into the forest past the boundary Erik had made for her, she rides on an ATV with newfound friend Arvos to the sound of Yeah Yeah Yeahs’ beautiful song “Skeletons,” and as they both stare up at the stars, pointing out constellations to one another it  is a quietly beautiful moment that evokes imagery from Eternal Sunshine of the Spotless Mind.

As all things though, this moment quickly passes and turns deadly as Arvos’ break in at the satellite triggers a silent alarm that sets the stage for the ultimate cat and mouse hunt between the now suburban friendly, high ranking CIA operative Marissa. In the past fifteen years it seems she has risen through the ranks and is somehow even more terrifying at the end of the episode than she was at the beginning. It is quite unnerving to watch  how easily she plays the role of happy mother and wife when juxtaposed with how  effortlessly she is able to switch off to reveal the cold blooded, calculated killer just waiting underneath.

The most, if only, frustrating thing most viewers may have who took the time to catch “A Forrest” early before Hanna drops in its entirety at a still unspecified date this March, is the fact that after such a perfect pilot the audience will just have to wait for a month to dive back in. In today’s entertainment world, so much is based on instant gratification and watching things the way you want to watch them when you want to watch them, it is a bold choice to actually make people think and marinate on what they have just seen. The pilot excels on all fronts: the acting, the action, the many shots of Romania and Poland’s deep snow covered forests that evoke both Twin Peaks, The Killing, and even Swedish vampire cult classic film Let the Right One In. It manages to pay homage to the 2011 film without seeming like a made for TV copycat. It all adds up to a wonderfully done, perfectly executed pilot that only hints at the brilliance that could be awaiting viewers when the entire season drops in March. 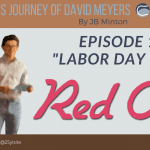