While there are many great shows out there, only a few of them have a perfect beginning—the kind that draws you in immediately and leaves you wanting more. In 25YL’s new Perfect Pilots series, we will be looking at pilot episodes we think are flawless. For our inaugural post of the series, J.C. Hotchkiss looks at—what else?—the pilot of Twin Peaks. Got a pilot you think should make the list? Let us know!

I’ll never forget seeing the commercials that ran announcing this new show called Twin Peaks. They had me with Pete Martell saying, “She’s dead. Wrapped in plastic.” Then to have Kyle MacLachlan—who had been my celebrity crush since seeing him in Dune—grace the screen was icing on the proverbial cake. This was unlike anything anyone had ever seen on television. I venture to say it is still unlike anything anyone has ever seen on television. With Mark Frost, a veteran in the world of television writing, and his partnership with David Lynch, what was created was the stuff dreams are made of. Dreams that also involved a lady with a log, cherry pie, coffee, Douglas firs, and the murder of one Miss Laura Palmer. This made Twin Peaks a perfect pilot. 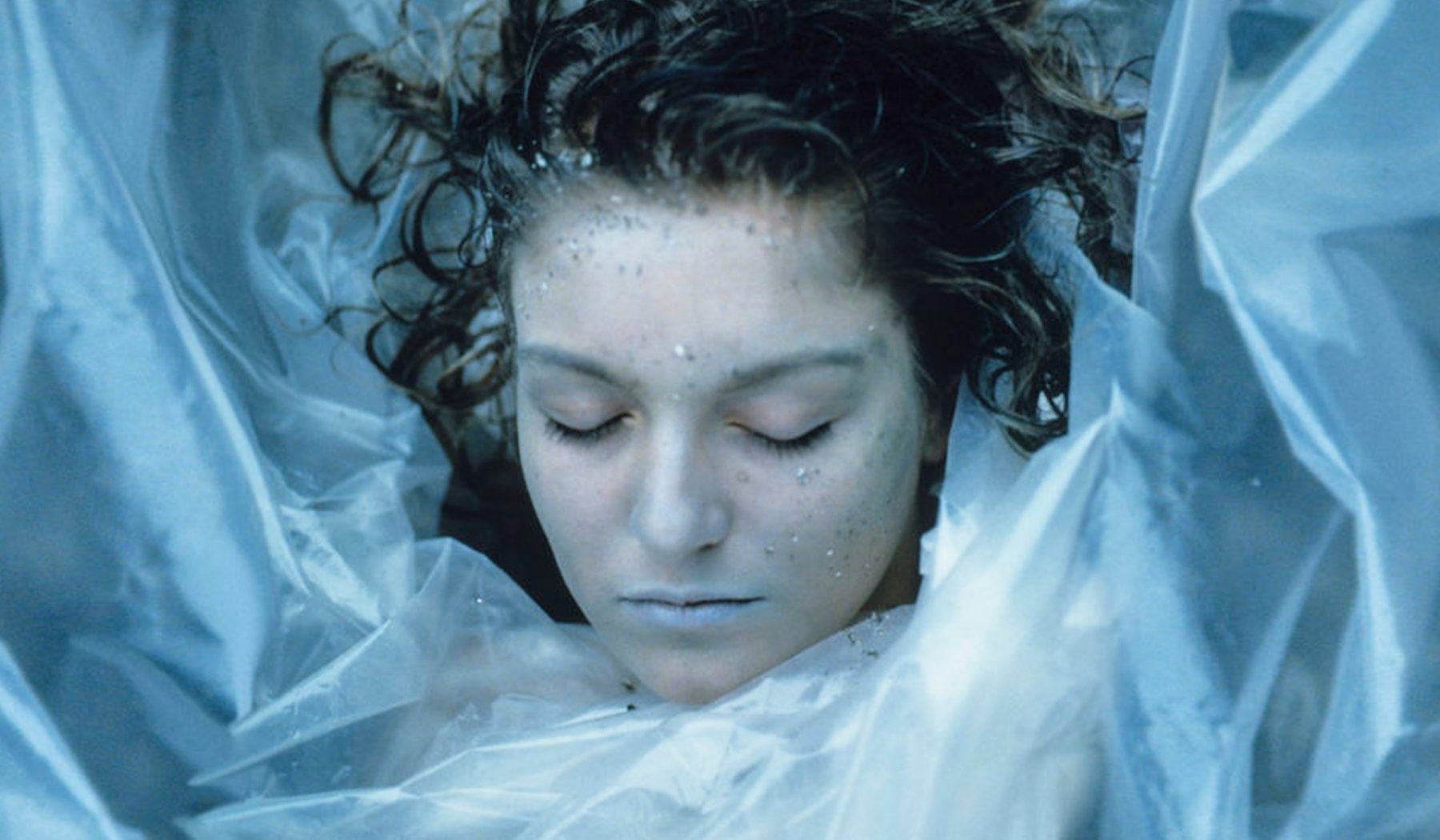 The pilot had you hooked from the very beginning. Without even seeing her, we were concerned with the whereabouts of Laura Palmer. Right away we meet many important characters: Sheriff Harry S. Truman, his assistant Lucy, Pete and Catherine Martell, Josie Packard, Benjamin Horne, and Leland and Sarah Palmer. Remembering the soaps of the late ’80s and early ’90s, Twin Peaks has a very Dynasty meets Tales from the Crypt type feel. From the moment Sheriff Truman and Doc Hayward roll “the girl” over to discover that the dead girl is Laura Palmer, you are hooked. The scene that sticks out most when explaining the soap/horror comparison would be the scene in which Leland gets called away from a meeting with Ben at the Great Northern to take a phone call from Sarah. Sarah’s concern with Laura’s whereabouts and the pacing between the conversation and Harry arriving asking for Leland is pitch-perfect and heart-wrenching. The music, the acting from the incredible Ray Wise and Grace Zabriskie, the framing of Sarah trying to listen to what is going on as she immediately knows that her daughter is dead—this is what Lynch does best. Along with Frost’s touches, now you are really hooked. You now must know who killed Laura Palmer.

We meet the rest of the cast of characters in different ways. Arriving at the Double R, we meet Bobby Briggs, Laura’s boyfriend and (as we find out) Shelly Johnson’s secret lover. We also meet Norma, the owner. We meet Laura’s schoolmates and best friends when her death is announced to the rest of the school: Audrey Horne, a classic pretty girl with an affinity for red high heels and cigarettes; Donna Hayward, Laura’s best friend; and James Hurley, Laura’s secret boyfriend. We also find out that one of Laura’s friends, Ronette Pulaski, was found walking the train tracks with bindings around her wrists. The questions begin…was Ronette with Laura? Did the killer also want to kill Ronette, but she got away before he had the chance?

This brings us to one of the best character introductions in the history of television. I know I am biased, but this has to be in the top ten, at least.

Special Agent Dale Cooper comes to town to investigate Ronette’s sudden reappearance in Twin Peaks proper. As he dictates his recent moves to his trusty assistant—or his trusty tape recorder who he named—Diane, he says he is to meet Harry at the hospital. There’s a lot to be said for the character of Special Agent Dale Cooper; he is what drives the plot forward as he soon discovers that, besides Ronette’s case, the recent murder of the town homecoming queen echoes a case he had worked prior, and this could be the latest victim of the same killer. A newspaper clipping under the fingernails of both victims link them, but how? The scene between Harry and Dale in the morgue, with the happy accident (or was it?—that opinion will be shared in a future piece) of the flickering overhead light makes for one of the most iconic scenes in all of Peaksdom. I believe it is also a great way to introduce the Sherlock/Watson relationship dynamic between Cooper and Truman.

By this time, Bobby is arrested and questioned “good cop, bad cop” style by Cooper and Truman. Donna hides James’s identity, but for what reason? We find out later on in the woods, where they bury the half-heart necklace that Laura gave James. In true cliffhanger style, we get an ending to the pilot that still chills me to the bone.

Not to be combative but, for me, this is the perfect ending for the pilot. I know there is the International ending, and had Twin Peaks not been picked up for a series run, this would be a completely different article. The tension as we watch the gloved hands along with Sarah’s vision, and the scream that compares to the horror greats (including our lovely Laura herself, Sheryl Lee), is something that leaves you on the edge of your seat, wanting more. So. Much. More.

The other reason I love this pilot’s ending is another happy accident. If you look at the mirror above Sarah’s head, you catch a glimpse of BOB even before you find out anything about him. Frank Silva, a set dresser on the set of Twin Peaks, was watching the scene from what he thought was a safe distance and was captured by the camera in the reflection of the mirror. What is seen is pure Peaks magic, and one hell of a jump scare.

This pilot was so perfect, I have watched it close to over a hundred times. Each time, I tend to see something I had not seen before. Not to mention that the pilot is over 28 years old. It holds up beautifully. Fans of Twin Peaks recruit new fans just with one watch of this pilot. I do not believe there are many shows that can say the same. The magic that Mark Frost and David Lynch bring to the small screen is something we continued to desire, and inspired many other series to follow suit in their originality, their story lines, and their sense of artistic noir. This pilot will always be my go-to and I will defend its perfection. It brought us into a world both wonderful and strange and continues to mesmerize a new batch of gifted and damned fans.