Welcome to What’s the Buzz, 25YL’s feature where members of our staff provide you with recommendations on a weekly basis. In our internet age, there is so much out there to think about watching, reading, listening to, etc., that it can be hard to separate the wheat from the chaff, filter out the noise, or find those diamonds in the rough. But have no fear! We’re here to help you do that thing I just described with three different metaphors. Each week a rotating cast of writers will offer their recommendations based on things they have discovered. They won’t always be new to the world, but they’ll be new to us, or we hope new to you. This week’s entries come from: Ali Sciarabba, Caemeron Crain, Carol Seeds, Martin Hearn, and John Bernardy.

Ali: There are a lot of video games that have character creation tools, some of which are incredibly extensive. In their Monster Factory web series, brothers Justin and Griffin McElroy (co-founders of the gaming and culture website Polygon) ask the question: just how ridiculous can we make a character look without breaking the game? The McElroy brothers are hilarious in all their endeavors—which include several podcasts, a TV show, and many other videos they did during their time at Polygon—but Monster Factory is by far my favorite series.

It’s hard to describe just how funny these videos are, but I have definitely cried from laughing on several occasions. It’s not just that the characters they create are absurd looking, but also that Justin and Griffin are great storytellers and have the ability to create backstories for their monstrosities that carry into gameplay. The individual episodes clock in at around 20 to 30 minutes each so they aren’t a massive time commitment. Basically, if you like video games and/or want to laugh a lot, Monster Factory is for you. There are a lot of videos available but I recommend starting with either their three-part Fallout 4 series or their four-part Second Life series. I promise you will not be disappointed.

Caemeron: You probably already know about The Expanse; or, at least, a lot of people do. When the show was cancelled by Syfy last year, there was something of a campaign to keep it going and it was ultimately revived by Amazon. Whether that was because the show has a number of dedicated fans (it does) or perhaps because Jeff Bezos seems to be one of them, no one knows.

Yet, I do think the show could take some time to get into. There is a slow build to it, sucking one into the world it puts forth, as opposed to the kind of show that grabs you from the get-go.

This about the building of a world, more than anything else, and perhaps things like the weird sort of Creole spoken by residents of the Belt might turn some people off at first.

But this would be a mistake, because The Expanse ultimately takes one into a rich and fascinating world. What the plot will be is hardly even apparent in the first episode, though it is presaged.  Joe Miller (Thomas Jane) gets a missing girl case to investigate, but you don’t yet know where this is going. Same goes with the Rocinante and its crew, and the conflict between Earth and Mars: the plot really starts developing later. Episode 1 is all just set up.

As you get into it, though, the world The Expanse is compelling. The characters feel increasingly real, and the class dynamics between the Belters and the Earthers become more and more powerful in their allegorical weight. And then there’s the fact that all of this tension doesn’t even get to the real threat; that’s something else.

If you’re a fan of sci-fi, I’d recommend The Expanse. If you are a fan of hard sci-fi, I would recommend it even more so. This is about as close as we get to that with a TV show. The characters might seem a bit cardboard at first, but they get fleshed out. And the world we are presented with is ultimately rich and fascinating.

If you haven’t checked out the show, do so before its fourth season comes out sometime later this year. 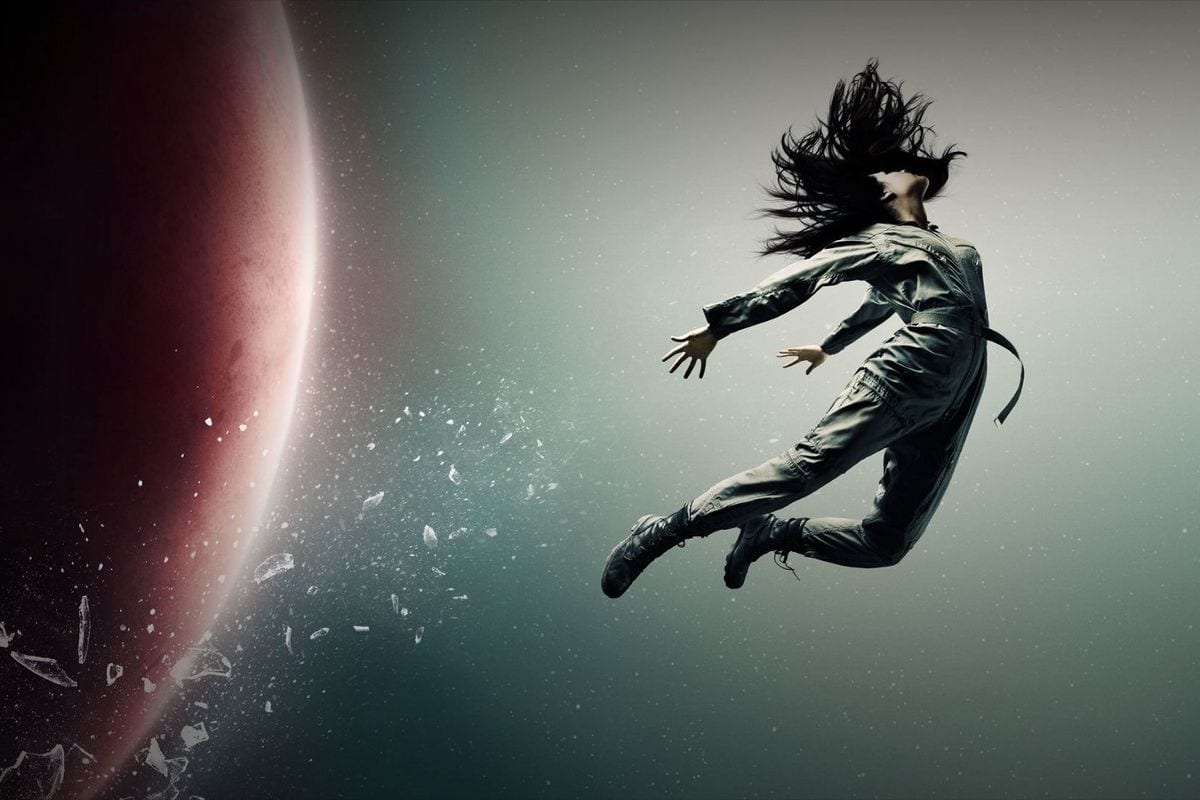 Martin: After recently getting the platinum trophy on The Division 2 I was a bit stumped as to what I would play next. Then I realised that Assassins Creed 3 remastered had been released and as I owned the Season Pass for AC Odyssey, I was allowed to download it for free.

I’ve been a massive fan of the AC series since it first began way back in 2007 and I’ve played every game in the franchise. The last two entries, Origins and Odyssey, gave the series a soft reboot with a totally new gameplay and combat system that is quite remarkable. They’ve done remasters of older AC games in the past and sometimes it does feel a bit strange stepping backwards into the older gameplay styles but I love getting lost in the story and open worlds.

Admittedly, AC3 is probably my least favorite game, so I was a bit apprehensive about revisiting this one. I felt that the lead character, Connor, was weak compared to the likes of Ezio and Altair, and his story didn’t have much of an impact overall. The modern day sections featuring the conclusion of Desmond’s story were far more interesting and entertaining.

It’s been long enough now for me to go back to this one with updated graphics and improved gameplay sections. AC4 Black Flag was one of the best in the franchise and now that we know that Connor is the grandson of swashbuckling pirate Edward Kenway I’m hoping it might make the story more interesting for me.

I’ve already started playing and can honestly say I’m enjoying it a bit more already this time so here’s hoping I still feel that way once it’s over.

John: Natasha Lyonne was interviewed by Terry Gross on Fresh Air last week and if you haven’t listened to it, please go to it and partake.

I know, I know. Fresh Air; Terry Gross. It’s a traditional pick. But man oh man Gross is one hell of an interviewer. There’s a reason she stays on the radio. She really gets to the heart of the people she speaks with. And Natasha Lyonne is one fascinating person to interview.

Lyonne’s a tough guy who is fast becoming one of my all-time favorite celebrities. Her philosophy hangs well with her joking nature, and her voice conveys stories she lived through that are well worth listening to. She very much reminds me of Charles Bukowsi except she came up as a model and actress. This interview goes through near death experiences, studying the Talmud, Influences in
Hollywood, her addictions—all the while framed with her macho sense of humor.

We hear about growing up in Israel with her particular family. We hear about her heart operation brought on by living the fast life and being addicted to heroin. How she started out as a model before the got the gig on Pee Wee’s Playhouse. Stories about how her experiences (including watermelons) have led into Russian Doll. The shame-free safe place Orange Is The New Black immediately was to her. You’ll laugh! You’ll cry! You’ll wonder why! The whole shebang is in this one.

Carol: On March 1, 2019, In Flames released their new album, I, the Mask. This was the first we had heard from the Swedish metal heads since 2016’s Battles. Many fans were worried that In Flames had gone too soft and that this new album would be more of the same. It’s true that since Siren Charms from 2014, In Flames had definitely softened to the more melodic form of metal; less screaming and more singing. This typically happens once vocalists learn to sing or realize that they can. There’s nothing wrong with deciding to use your gift.

Fans were right to worry. This album is softer. That is not me saying it’s a bad album. It has its highs and lows. “Voices” and “I, the Mask” start the album off. They are perfect songs for a live performance. They match up in perfect fluidity. The downside of this is they are basically the exact same song. For the chilled-out listener (aka me), it’s a bit of a letdown.

“I Am Above” is the reason I bought the album. It’s extremely dark and catchy. It will stay stuck in your head for weeks. And that video…Martin Wallstrom, the Swedish actor that many of you will recognize from the USA Network hit Mr. Robot, was recruited to front the music video. I need every female to go and watch that video. You won’t regret it. The man is pretty. “Call My Name” proves that Anders Friden vocal range is top notch. He is almost unmatchable. He could really rip some faces off if he would just do it! I think that is my biggest complaint. So much potential wasted on weak tracks.

The rest of the album ranges from pleasant to morbidly mediocre to say the least. I honestly expected more out of them this time around.

Those are our recommendations this week! What would be yours? Let us know in the comments.