Netflix’s Dead To Me has a lot of things going for it, but its most compelling reason to watch is the female friendship forming between Christina Applegate’s Jen Harding and Linda Cardellini’s Judy Hale. It formed fast, and you can tell—even though it’s complicated—that the two women care about each other. As much as this show is about the process of grief, this also appears to be a show about female friendship. There’s not enough television where women have each other’s backs, but this show begins with this as its backbone. How can you not applaud that? 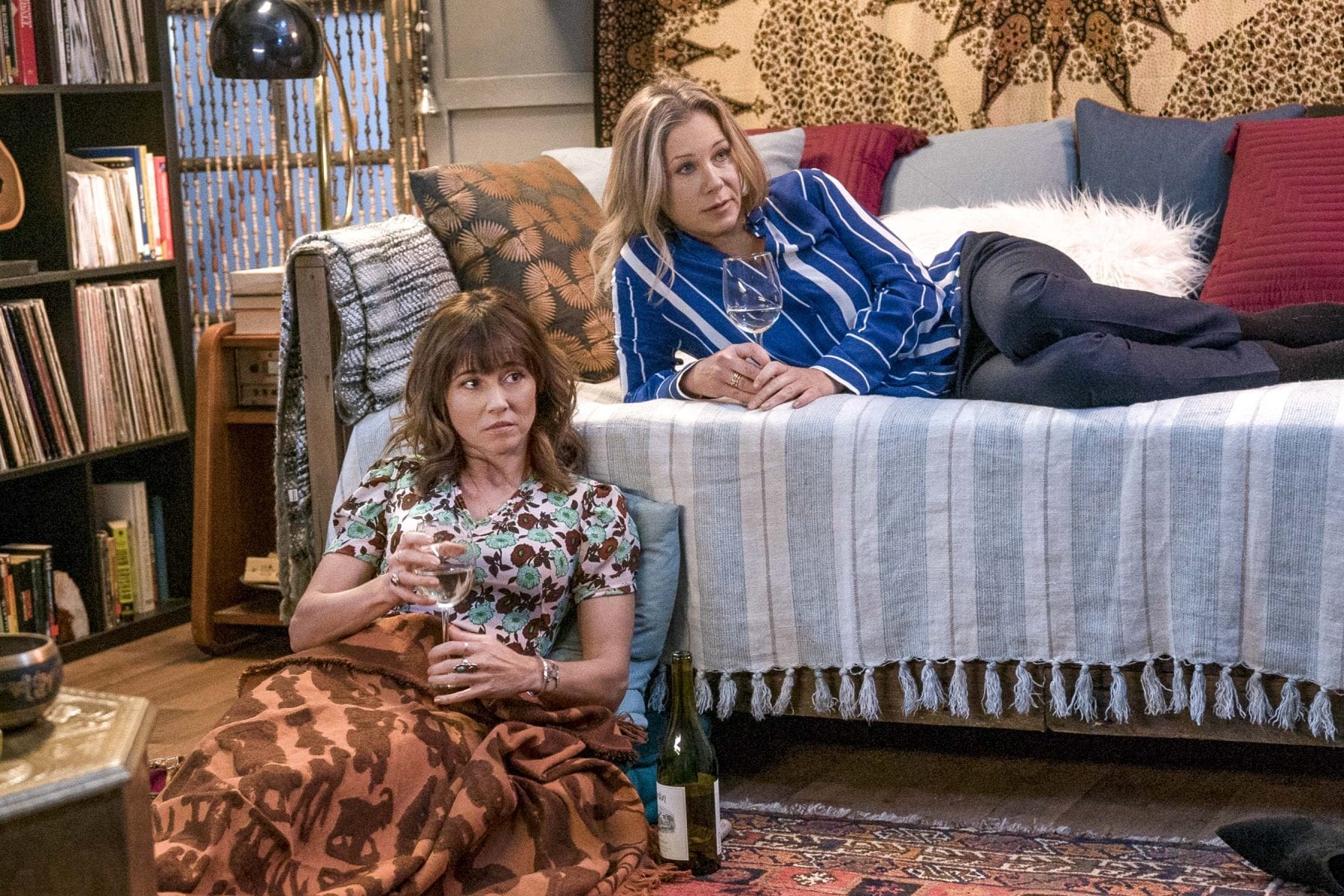 The vibe of Dead To Me is very Desperate Housewives, in the way that the characters are all highly entertaining and the plot moves briskly. Every character we’ve come across so far is filled in with a rich inner life; even the side characters. From Jen’s gay-and-Christian real estate business partner Christopher Doyle (Max Jenkins) to Jen’s oldest son Charley who is cool with Jen playing first person shooters with him like his dad did, every character has a richly realized backstory whether we’ve heard it or not. I assume this also goes for James Marsden’s character Steve Wood, who three episodes in appears to be a controlling jerk yet could easily be part of the walking wounded himself. And I have to mention the endearing—yet not saccharine—younger Harding boy Henry (Luke Roessler), who wants to be super supportive whenever he can.

As per usual with 25YL, we are not shy about spoilers, but I am only potentially spoiling up through the first three episodes because that’s as far as I’ve currently watched. That said, there have already been a ton of plot twists, because it’s that kind of show.

Considering the implications that Judy is likely the person who killed Jen’s husband Ted with her car, I am absolutely fascinated by how the two women’s friendship will survive when that bombshell is revealed to Jen. And based on all the twists in this show, I’m confident it will be revealed. And it’ll be in one of those ways that is exactly what we thought but for completely unexpected reasons that changes anything we thought we knew.

The show itself opens with Jen receiving a Mexican Lasagna from a neighbor who “can’t imagine what she must be going through” and she’s blunt about how it feels like her husband was hit by a car and died. She’s definitely still in shock. She’s angry at people, crying regularly, and throughout this episode we see various ways she tries to cope and some ways in which she’s not coping. This character is fully realized, and already I completely understand the Emmy Buzz for Applegate. 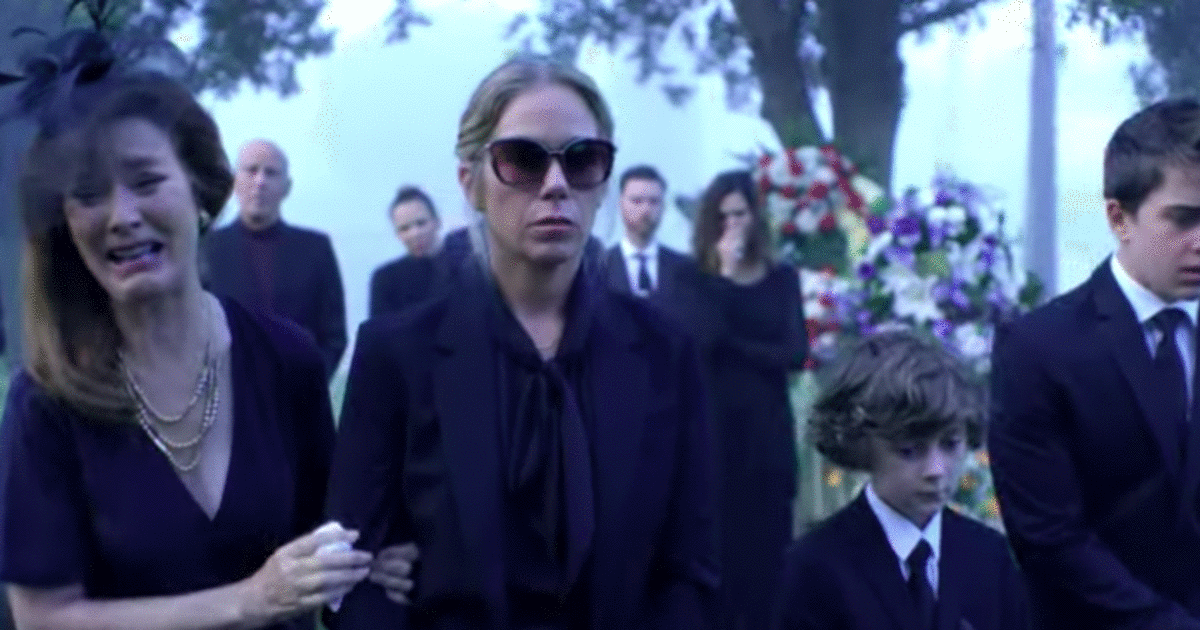 Jen goes to a grief retreat being led by one of the goofiest and fun Sensitive Guy types in a long time, Pastor Wayne (Keong Sim), but the real meat of the scene is when Judy walks up to Jen and acts extremely friendly. Overly friendly, but potentially not in a suspicious way if she’s grieving too. Except there’s the suspicion later on. But even if Judy’s only approaching Jen because of guilt, they still hit it off.

Both women really are grieving something deep in their hearts, By the end of the first episode we see Judy becoming part of Jen’s healing process, even if she’s just a witness at first. Judy’s there for Jen, and Jen starts being there for Judy too despite the fact that Judy says her Steve died even if he’s revealed to be very much alive in the first episode. The women’s mutual love of The Facts of Life really came through to inspire compassion in Jen for Judy. Little character moments like that always seem to pay off in this show, which is fantastic. So well written.

We later learn that Judy is mourning over miscarriages and the end of the line with Steve, but—while he backs up the miscarriages side of things—I find it hard to believe Steve and Judy are totally over. It’s that kind of show, with the crazy level of unexpected plot twists. But it’s fun, despite being about the grieving process.

I feel the over-the-top plot twists work because it’s a metaphor or personification of “how can it get any worse?” You’re really late for work and that’s the day you get into an accident. You forget your wallet at home and that’s the day your clothes get ripped but there’s no way to pay for a replacement because your ATM card is in the wallet. Even when we’re presented with some crazy left turn like Steve and Judy kissing at the end of the third episode it still feels in keeping with the world the Harding family lives in as they grieve the loss of Jenn’s husband and the boys’ father.

I’m still not sure how Judy fits into things but I don’t really care. Cardellini has enough Emmy buzz herself and rightly so. Judy is filled with guilt, and we’ll learn more as we go. That’s enough of a guarantee for me. This show is more about the ride than it is a mystery. Despite being about heavy circumstances this show doesn’t overly tax your brain, which is a welcome sight in the TV landscape these days. It’s nice to enjoy the ride while watching a ton of amazing acting. 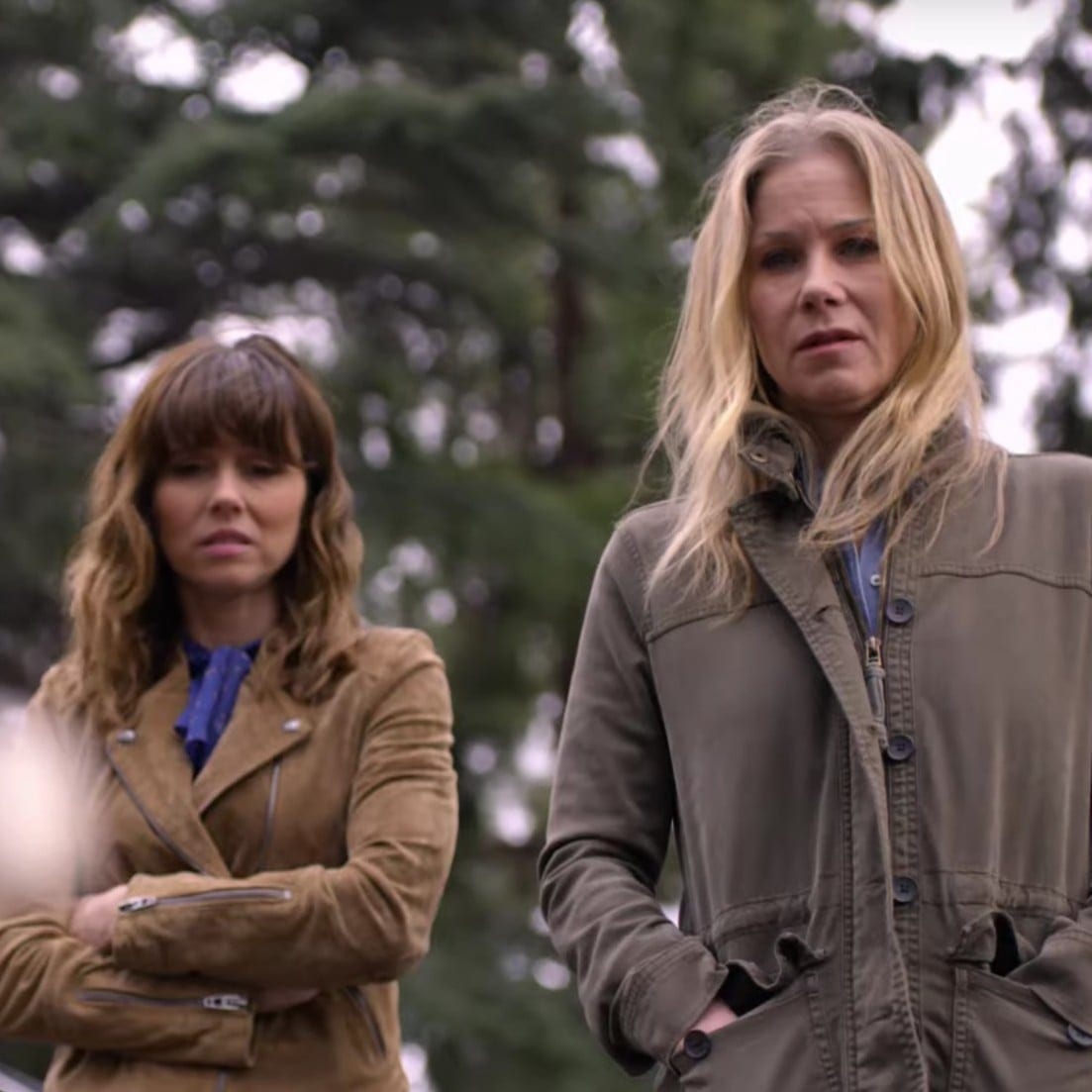 The only twist I’m genuinely concerned about is the one where Jen finds out Ted was cheating on her when she logged onto a video game on his laptop and was instant messaged. I assume it’ll put Jen into more of the anger stage–keeping her issue with speedy Corvettes company—but I’m curious if it’ll mess with our believability that Jen would still be mourning the guy so strongly.

Whatever the outcome on that twist, whatever changes in group dynamics, I’m sure Applegate and Cardellini will make the show compelling enough to make the show worth the ride.

More From: Dead to Me