While trying to come up with an angle for this week’s episode of The Twilight Zone, titled “Point of Origin,” all I could do was sigh. Thoughts ran through my head, ideas came out in bullet points, but ultimately, it all led to me sitting back in my chair, arms on my head, and sighing.

Universally, at least between critics and viewers, reviews for The Twilight Zone reboot appear to be mixed. I’ve had an overwhelmingly positive view of the experience thus far, finding the subtle commentaries of systemic racism (“Replay”) and toxic masculinity (“Not All Men”) to be classics of the genre and true representatives of The Twilight Zone‘s brand. However, there have been episodes, like the chaotic, meandering “A Traveler,” and the more fluid but jarring “Six Degrees of Freedom,” that left me frustrated. In these episodes The Twilight Zone‘s mode of storytelling and social commentary, mixed with clever twists and narrative turns, was played as a gimmick and not an organic experience.

“Point of Origin” fits into this gimmicky category. It feels as if the showrunners and the writer specifically (IMDB lists this as writer John Griffin’s first screen credit) had to check certain boxes to make this look like a Twilight Zone episode. Much like “A Traveler,” “Point of Origin” has way too many ideas and topics to tackle in the limited 44-minute running time, creating a diluted episode in which said topics can only be paid mild lip service. 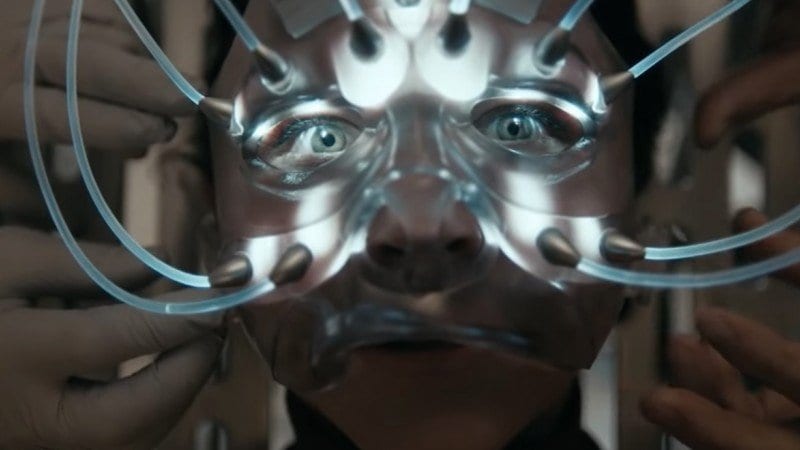 “Point of Origin” contains rushed commentary on the following social anxieties that currently exist in the US and Europe: immigration, suspect detainment, torture, classism, elitism, the educational systems, environmentalism, and cultural ignorance. That is a lot to put into 44 minutes alongside dimensional travel, Men in Black, and an inexplicable reliance on the imagery of ice cream trucks.

In “Point of Origin” we meet Eve Martin, a slightly oblivious housewife whose societal standards and personal dress code harken back to a bygone era. Shortly after her long-serving Guatemalan maid Anna asks for permission to use Eve’s address on her grandson’s application to a notable charter school, the house is visited by what appears to be ICE agents who haul Anna away for reasons unknown.

Left to fend for herself, without a clue how to do even the simplest things like parking a car or buying groceries, Eve is taken captive a few hours later by the same authorities. Once integrated into “the system,” Eve stumbles upon Anna and is surprised she wasn’t “sent back to Mexico.” Despite Anna’s anger at Eve’s ignorance of her life—including her ethnicity and her children’s names—Anna vows to help Eve escape.

Eve meets a few other inmates who indicate that they came from a place where the sky was grey and that this world—this home with the blue sky—is now just as much “theirs” as anyone else’s. Still confused, Eve is taken to a high-tech interrogation booth and asked about her origins. She slowly discovers that a number of beings from another dimension escaped their destroyed realm (where the skies are grey) to integrate into hers—or is it hers?

After Eve spends an unknown time in isolation, slowly going mad from the loneliness, lack of light, and unknown future, a few good Samaritans put a plan in motion to help her escape. With Anna in tow, Eve evades border walls (or gates) and security to enter back into her neighborhood where she hopes to reassimilate and escape the clutches of those who pursue her simply out of fear of her origins.

At the very least, this Twilight Zone reboot could fall back on its technical prowess if the story ended up falling short. “A Traveler” was visually brilliant, evoking everything from shadowy horror to melancholic holiday cheer; “Six Degrees of Freedom” had the production design and sense of space (both on a micro and macro scale) that delivered the necessary moods. “Point of Origin” offers no such satisfaction as the picture is too crisp and clean and the flashbacks to other dimensions are clichéd and flat. 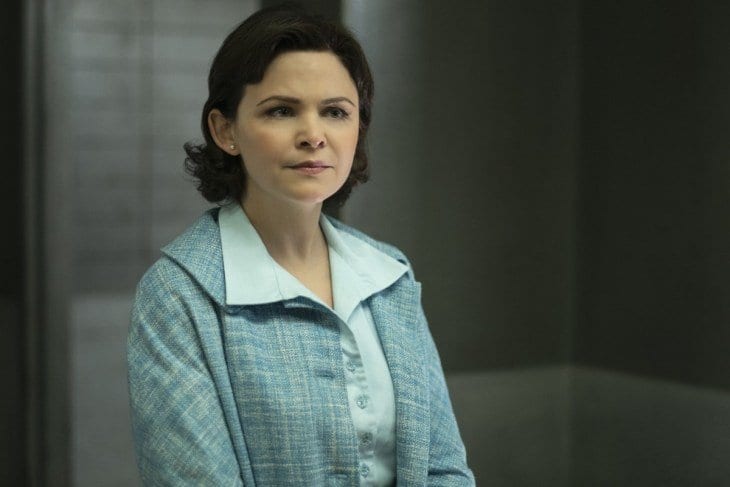 So, with a meandering story and a boring visual palette, what do you have to go on? The acting might be the strongest point of the episode even though the roles provided aren’t particularly deep or interesting. Goodwin is particularly good at playing elfin cuties and she has the look of someone who can be modern but also period-specific. Her ’60s look is deliberate here, meant to show a divide between her sensibilities and her reality. But the fact that this approach doesn’t work lies on the filmmakers, not the actor. She does well with what she is given.

Zabryna Guevara is serviceable as Anna but no one else sticks out or offers anything even remotely intriguing about their characters other than to fit a dramatic type. James Frain is the two-dimensional government goon; Toby Levin is the dedicated, two-dimensional husband; Michael Eklund is sufficient as the mysterious janitor…it goes on and on, with rudimentary characters that have nothing to offer outside of pushing the plot forward.

I fully expect an episode like this to appear in a typical 20-plus-episode season of network television. Fans of shows like The X-Files know that for every great monster-of-the-week or mythology episode, you got one about killer cats possessed by Native American curses or sentient computer video games. The problem is that this Twilight Zone reboot is only ten episodes long. “Point of Origin” certainly feels like a mid-season clunker, though. It also feels like the showrunners know that they have to hit certain thematic/topical subjects, and with only so many episodes to work with, they plumped this one up—a creative paradox, really.

In conclusion, “Point of Origin” deserves points for trying but, like some episodes of this reboot, collapses under its own weight. Perhaps the most frustrating thing about this particular failure is that we couldn’t even rely on the previously guaranteed superlatives: above-board acting, fluid editing, engaging cinematography, and thoughts to go home with. Even Jordan Peele’s Narrator character feels like he’s going through the motions in this one. “Point of Origin” should not be the be-all-end-all of this reboot’s pass or fail grade, but the show certainly can’t get in the habit of making more episodes like it.