May is Mental Health Awareness Month and here at 25YL, we want to highlight some of the television shows and characters that spoke to us directly about this sensitive subject. This week, Cat Smith looks at the portrayal of mental illness in One Day at a Time.

Norman Lear hasn’t lost his edge. The genius who reinvented television when he created shows like All In The Family and Maude is in his 90s, and still going strong. His most recent triumph teamed him up with Gloria Calderon-Kellett and Mike Royce, to recreate his ’70s/’80s hit One Day At A Time. It’s a loose recreation, really. It’s still the story of a single mom, as she struggles to raise her teenage kids. The family is still besties with the superintendent of their building, whose name is still Schneider. The show still deals with issues that are timely, relevant, and important.

Updated, the family is Cuban-American. The mom, Penelope (Justina Machado), is a nurse who served in the army as a medic. Instead of the original’s two girls, she has a daughter and a younger son (Isabella Gomez and Marcel Ruiz). There is also the addition of a live-in grandmother, a Cubana abuela of the old school, played by Rita Moreno (and if you don’t think she steals every scene in which she appears, you are crazy). Schneider (Todd Grinnell) is a trust fund hipster, whose rich daddy bought him the building as a congratulations-for-going-through-rehab gift. The son, Alex, is working very hard to be too cool for school. The daughter, Elena, is too smart for her own good, and questioning her sexuality. Your basic modern American family. They are funny, charming, and heartwarming.

But that’s not enough for Norman Lear. His shows have never been just antics and laughs. His shows have teeth. He uses family comedies as a way to teach, and promote awareness of issues he finds important. One Day At A Time checks numerous boxes with regard to this, and one of the strongest lessons it has to teach has to do with mental health.

Penelope Alvarez is a strong woman. Any single mother has to be. She served her time in Afghanistan alongside her husband Victor (James Martinez). When we first meet her, she is separated from him. His military experience left him with severe PTSD, alcoholism, and drug dependence. Penelope, unable to help him fight his demons, took the children and left, to deal with demons of her own. She herself suffers from depression and panic attacks. Because of what she calls her tough Cuban nature, she is loath to take the meds she has been prescribed by the doctor she works for (Stephen Tobolowsky). She sees having to resort to any sort of drugs as a form of weakness. It doesn’t help that Victor refuses to get proper help, and is continuing to self-medicate with alcohol and denial.

Penelope’s nightmares persist. Finally, she shouts down her mother and her own shame, and takes the damn pills. It is a victory for her, really. It goes against every instinct she has to resort to a drug to help her with what she rationally knows is a legitimate chemical problem. It’s an important lesson to learn—sometimes you can’t trust your own instincts. Your brain is programmed a certain way, but that programming is a lie.

Penelope isn’t alone in her fight. A fellow veteran befriends her and brings her to a local support group. All women, all veterans, and the most diverse lineup of women you’d ever want to see. Through the support of the group, Penelope is able to ease some of her emotional burden with people who understand. They help each other through shared experience, humour, and brazen honesty. They work on coping mechanisms and meditation. It’s extra fun that the woman who runs the support group is played by Mackenzie Phillips—a nod not only to the original series, but to Phillips’s own famous struggles with addiction and mental illness.

In Season 2, Penelope is doing really well. She’s got a terrific boyfriend, Max (Ed Quinn), and life is going great. So great, in fact, that she decides she’s cured, and she can stop going to therapy and taking the meds. Well, we all know it doesn’t work that way. After a couple of fun manic days, she spirals downward. Days pass. Penelope can’t sleep, won’t eat, and can’t bring herself to get out of bed. She stands up the date with Max where she was supposed to meet his parents. Her mother, Lydia, is beside herself with worry.

Lydia doesn’t understand mental illness as a concept (though she has her own mild OCD and a bit of narcissism), so she turns to her priest. The priest reminds her that even though she herself doesn’t know these things, that doesn’t mean they aren’t real for her daughter. All she can do to help is be there for Penelope, and support her in whatever she needs to fix herself. It’s one of my favourite things about the show, when old school comes head to head with modern thinking. Neither perspective is discounted, and the generations are able and willing to learn from one another.

Lower than ever, Penelope clutches at a remaining straw of rationality. In group therapy, they had talked about how recording yourself talking to yourself can help to give you perspective. Penelope had scoffed at it at the time, but now she takes out her phone, opens the voice memo, and begins to talk. She asks Schneider to listen to it with her. Together they listen to the woman on the recording spill her darkest thoughts. She doesn’t know how to be happy, her kids deserve better, what’s the point of living…

Schneider gently tells her, “You need to go back on your meds, Pen.” When she insists that she doesn’t want to have to depend on a drug, he takes off his glasses. “I don’t want to need these either. Want to go for a drive?” It’s an important comparison. Anti-depressants to help a brain function the way it needs to are no different than the way insulin works for a diabetic. The insulin, however, lacks the stigma that anti-depressants unfortunately still carry.

Penelope goes back on her meds and faces Max, steeling herself for what she assumes will be a dealbreaker for him. She informs him that she suffers from depression and anxiety, she takes medication, and that’s just how it is. Max, who we were all pretty sure was going to turn out to be a terrific guy, doesn’t disappoint. Neither does Penelope’s mother. And later, the kids find out the hard way.

In Season 3, it turns out that panic attacks run in families, especially when one of them is an academic overachiever and social justice warrior. Triggered by college prep, Elena’s anxiety gets away from her. By this time, Penelope has a tried-and-true method of coping with her own. She again turns to Schneider. He grounds her (“you are safe and everything is okay”), distracts her (photos of dogs wearing wigs), and doesn’t judge. This method turns out to work for Elena too. When she starts to have a panic attack later at the DMV, her brother is able to help. He himself doesn’t feel anxiety that way, but he was paying attention when he saw his mother help his sister.

One Day at a Time is everything today needs in a family sitcom. Its treatment of mental illness doesn’t even scratch the surface of what this show unflinchingly deals with. Racism, sexism, dating, addiction, you name it—this team takes on everything, with warmth and humour. As of now, Netflix has cancelled it after three seasons, but I am optimistic. There is an ongoing online campaign of support, and hopefully some other network or streaming service will benefit from Netflix’s mistake.

Come on, Neflix. If you don’t want to play with the toy anymore, give someone else a chance. Please? #saveODAAT #wegotyou 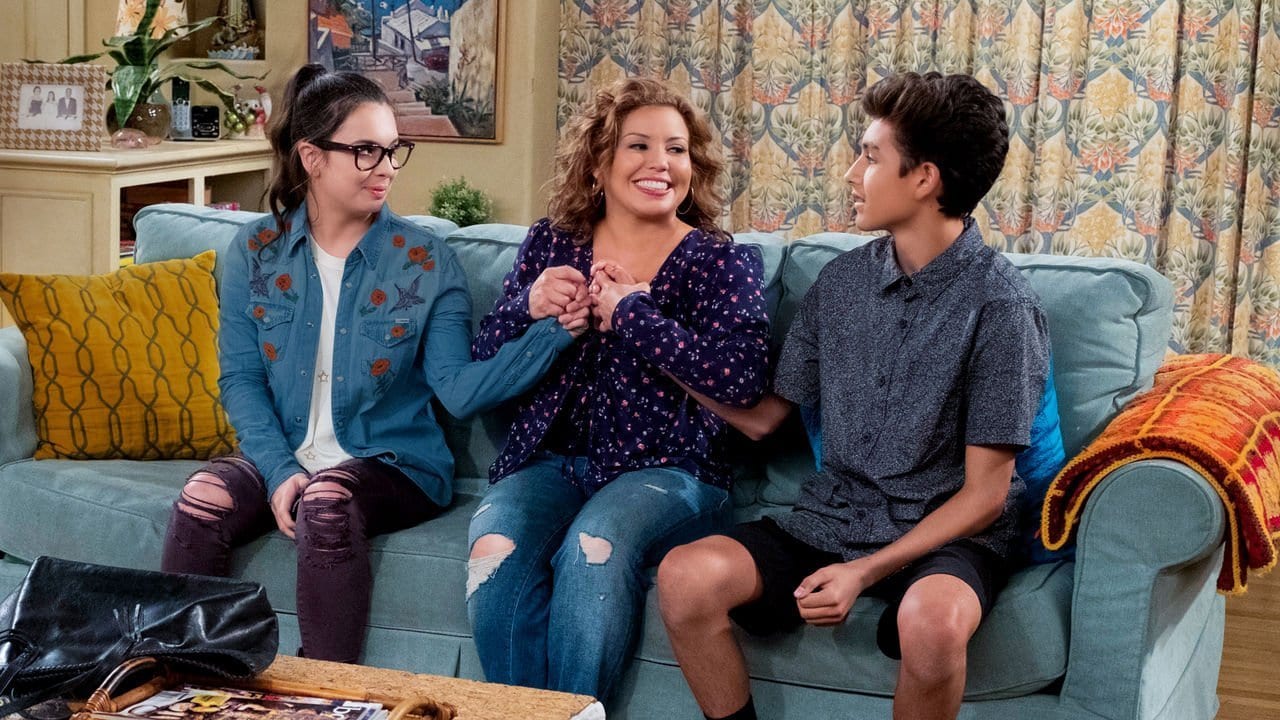 More From: One Day at a Time