Sigmund Freud’s notion of the Oedipus complex is well known, but perhaps not well understood. Pulling on the ancient Greek story of Oedipus, wherein our titular hero ends up killing his father and marrying his mother (without knowing that is what he is doing), Freud posited a structure along these lines in terms of the development of the libido.

The key thing that I think often goes missed in popular references to Freud on this is that this is his account of normal sexual development.

All of this makes some level of sense, at least insofar as we are focusing on male libidinal development (Freud’s account of feminine sexuality opening a whole other can of problems I am leaving to the side here), but the point I want to emphasize is that on Freud’s account this is normal, and to think about what he says about infantile sexuality in relation to the Mother on the model of adult sexuality is to entirely miss the point. For the libido to be cathected to the Mother as a child is normal; to have adult sexual desires for one’s mother is a source of neurosis.

And the movement, according to Freud, crucially involves killing the Father. That is, this is a good thing in Freud’s account. Not killing one’s actual father, of course, but killing/dispelling the image of the Father, which can take many forms, from the authoritarian layer down of the law, to the benevolent provider.

There is no Daddy, is the point. To grow up is to realize this, and for the species to “grow up” would equally be to move beyond the way in which this image gets projected into an idea of God, as Freud makes clear in The Future of an Illusion.

In the meantime, a lot of us—perhaps the majority—suffer due to issues stemming from the influence of Daddy and Mommy on our psyches. Freud does less well with the latter, but there is something to move beyond there, as well, which perhaps we see in David’s relationship with Syd: to think of some woman like a savior, and so on.

All of this makes us suffer, and Freud’s stated goal was to turn this neurotic suffering into average everyday unhappiness. It’s just about coping, basically. But we resist, caught up as we are in fantasies and delusions about some thing, or someone, who could fix everything—whether that might be Daddy, or Mommy, or Me.

Themes along these lines have been present in Legion for a while (if not since the beginning), but seem to come to a certain head in Season 3 Episode 5. We have David’s cult members calling him Daddy (which still really creeps me out), Farouk conceiving of himself as David’s father, and the background thought of Charles, with David saying his parents abandoned him (just like Lenny, and just like Syd—there are Mommy issues here, too).

To extend this thought of abandonment even to the dead is of course problematic, but on a psychological level it jibes with what David is saying. It’s just incredibly narcissistic to blame the ones who killed themselves for leaving you, as opposed to empathizing with their experience. But I can tell you from personal experience that this thought can be there and operative, not just with someone who has committed suicide, but with anyone who dies and makes you thus feel alone.

And so now David has taken up this role of the Father, but he doesn’t really care for his “children” so much as they serve to feed his ego. We even see their “love” come to feel oppressive to him in this episode, to the point where he either kills almost all of them, or sends them “somewhere else” (my read being that he killed them).

Why is it Blue?

Lenny he seems to care about, though, and grant some degree of autonomy. We saw him mentally manipulate her into being happy in a previous episode, but he doesn’t resort to that here. He wants her on his side, for real, and believes she will be with him about “going to war.”

Instead, she kills herself, because she knows that what she experienced with her daughter wasn’t a trick played upon her. Rather, time was eaten—that part of her life was eaten—and it was David’s fault for going back in time and awakening the demon(s).

As she lays dying, she asks, “Why is it blue?” and David responds, “It’s always blue,” pointing back to the radio transmission that Switch heard in Season 3 Episode 1. Is this the source of that transmission? Or is it the two of them repeating what they had previously recorded when they were looking for a time traveler? I’m frankly not sure. 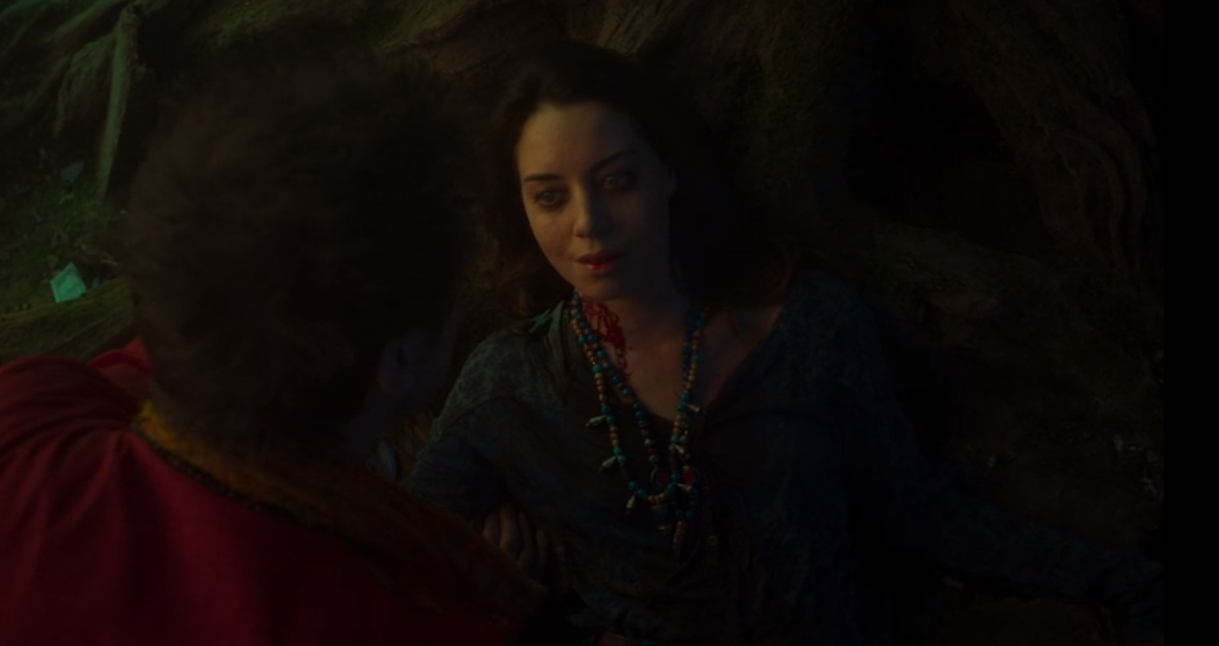 Peace, Love, and Understanding is a Joke

Given where we ended last week, I wasn’t really surprised to find David on a war path in Episode 5. What did surprise me a little, however, was the extent of it. This isn’t a war; it is him going on a killing spree.

It begins straight off, as he encounters a Division caravan, disintegrates the Vermillion leading it on motorcycles (which, OK, I guess they are robots), and proceeds to throw the attending soldiers into the middle of the wall. So, they’re dead.

All of this is to get to Clark’s husband, Daniel (Keir O’Donnell) in an attempt to find out where Switch is. This results in what is, to my mind, David’s most villainous act of the hour. After Daniel insists that he has been trained not to give in, David erases his long-term memory to erase that training. And he does so nonchalantly. He doesn’t kill Daniel, but he does leave him with no idea of who he is.

Throughout the episode, David kills people without remorse, from his followers to random soldiers to characters we’ve come to love. I’m actually not entirely sure who all is dead as a result of his attack on the airship, but Clark pretty clearly is. Kerry probably is, although Cary seems to live. And then there is Syd, with her dead eyes.

It would seem she was following Farouk, with his line about teaching her to lie, but it’s interesting how her dialogue with David plays in this episode. I think we almost want to believe it, too. After all, it does kind of seem like Farouk put these ideas about David in her head, and I suppose it is up to us whether we think this was deceitful manipulation or a reveal of truth.

And what about Farouk? He reaches out to David in this episode, expresses a paternal concern, and leads him to the airship. Was this to trick him, as it seems? Or does Farouk perhaps want to bond with David after all of this?

And after Switch pushed him through the door I thought for a moment that he would be stuck in that time between time, but didn’t he go there by his own accord last week? I am pretty sure Farouk will be back. 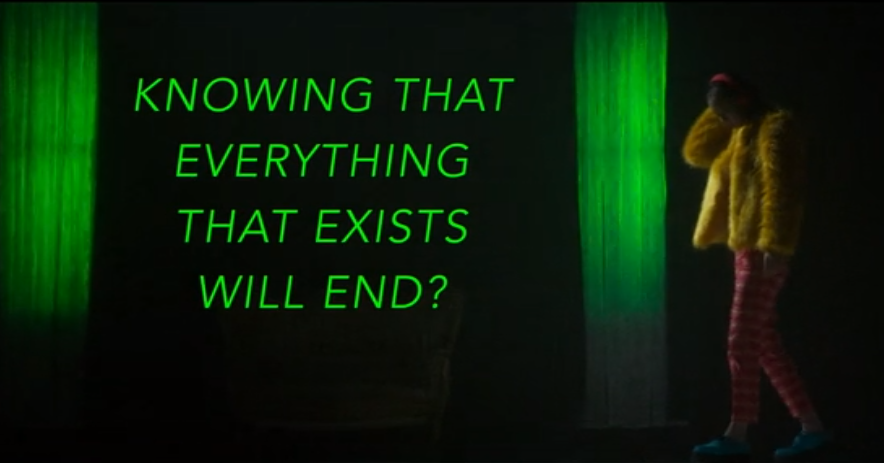 David claims he wants to change time, and that then none of this will happen. Don’t worry about the people I’ve killed, Switch, we’ll make it right.

I think at one level he believes this, but at another it rings true when Lenny calls him a liar. Perhaps what he has in mind won’t save her, or Salmon, or Violet, and he knows that.

What does he have in mind, though?

He tells Switch that it will be more minor (and she won’t lose another tooth), but whereas his previous plan to keep the Shadow King from possessing him was fairly well telegraphed, it isn’t clear at all what he might have in mind now.

And do we want him to succeed?

At some level, I certainly do, because all of these people will be dead otherwise and I don’t want them to be.

But at another, David’s plan seems fundamentally misguided.

He wants to rewrite the past, and you can’t do that. I know he has a time traveler. But still, something about this feels thematic to me: you can’t just go back and change things to make everything right.

To want to do so is a very human desire. We all make mistakes and want to walk them back. But David isn’t even thinking of them as mistakes anymore. He thinks he can go back and change things, and that it will all be OK.

But that’s the kind of hubris that must be punished, unless Legion is going to try and subvert even that.