ABC’s June lineup launched the prime-time reboot of Press Your Luck!, the iconic game show that made Big Bucks! No Whammies! a permanent part of our pop culture vocabulary. The revamp—hosted by Elizabeth Banks and looking (if not feeling) like the neon-light bonanza we all knew and loved—is another example of the 80s nostalgia we clearly needed and will hopefully never end. But I can’t help but go back to the original show, its once-famous scandal scandal and the man who perpetrated it.

So gather around the neon campfire kiddies, it’s time for the Ballad of Michael Larson, a morality tale in cartoons and flashing lights that started with the underdog of all game show contestants—an ice cream man in a 65-cent shirt—and stopped $110,236.47 later, not one cent sooner than he wanted it to.

Here was your press clipping:

Chicago, IL (AP) – On May 15, 1985, after spending months studying taped episodes of TV game  show “Press Your Luck” and memorizing the more than 250 patterns of its electronic game board, contestant Michael Larson walked away with more than $110,000 in cash and prizes.

The Game, The Scam, The Grand Idea

The game, featuring that now-famous board, was called “Press Your Luck” (“…where contestants compete to take home big money prizes, but you’ll have to avoid the whammy! And now, here’s your host Peter Tamarkin!) Turns out there was a pattern to that board – five to be exact, each with 17 screens and 4 light patterns timed .7 seconds apart. And on game day, you had to know them all.

When did you get the idea? How long did your body hold that nauseating, electric possibility? When did you know you were ready? When did time as you knew it—STOP?

The Man Behind the Scandal

On game day, you looked almost respectable—sporting shirt and tie, a beard that covered the lines treachery carved on your face, and a smile that could charm the pants off anyone who didn’t know better. And no one did. You were the Columbus of daytime time: You owned your destination before you ever arrived. But you had to go through the motions. You had to have the experience, which is something a confidence man can barely stand.

There were such patterns in your life, Michael Larson. Patterns kept infinitesimally calibrated by your need to beat the system. But could your mind and muscles bear the pressure of what you created? The pressure of a fast buck, of time slipping away and the awful sick feeling it leaves behind. The pressure of needing to be the smartest guy in the room. Here are just a few sound bites from that fateful day: 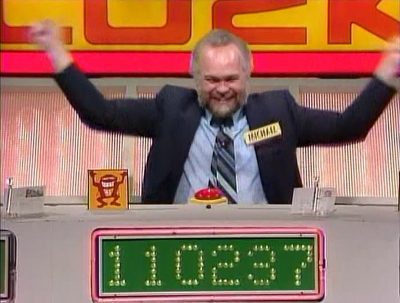 The Home Player Spin was for Michael Landry of Generette, LA, who shared your winnings when you pushed the plunger. As you read Michael’s name on the card, you actually giggled.  You spun and landed on a $1,000. And what I want to know is, did you try to win your fellow Michael more and miss, or did you hit the measly grand on purpose—just because he wasn’t you?

One hour into this 30-minute show, the sibyl of your tragedy arrives (“Michael Larson, no one has ever pressed their luck like you and you are PRESSING YOUR LUCK!”). 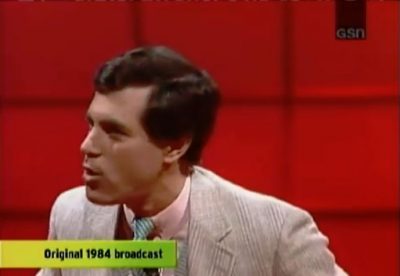 The Man Who Won It All

Near the end, you committed the ultimate act of hubris and actually declared a goal. (“I’m goin’ for a $100,000!)  When it was all over, you’d won $110,237. Not at home. Not in your cardboard huckster dreams. For real. You did it despite the crowd and those hot studio lights. Despite your opponents. Despite the host and the pressure. And you did it all on TV, where the camera added 10 pounds to your deceit.

Yes, Michael Larson, you owned the board that day. You drove us past the point of comprehension. At 42 minutes and 16 seconds, you let one whine escape from the pressure of obscene consistency. You defeated everyone and everything around you, even the electricity. 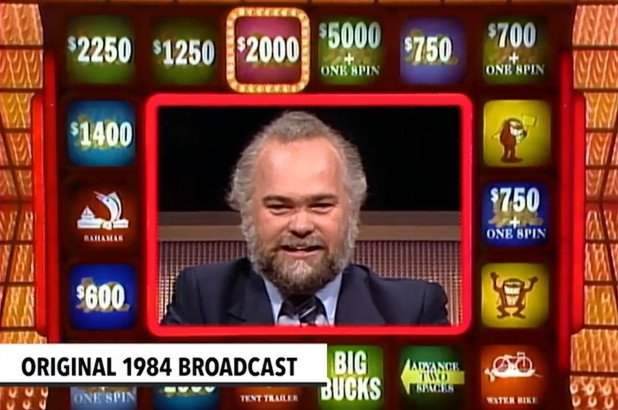 The Man Who Beat Himself

In the end, you did what everyone wants to do—you beat the system. And what does the world do to Confidence Man who beats the system? It lets him beat himself. And that’s exactly what you did.

After you collected your winnings, you kept half the money in your house—$55,118 paid out in crisp one-dollar bills that you sorted through every night in hopes of winning a local radio station’s serial number contest. One night while you were out, somebody stole it. Somebody who only had to know how to pick a lock and that you weren’t home. Someone who didn’t know half of what you did to win it in the first place. Someone, who on the bright fluorescent stage of life, was a whole lot smarter than you.

You went on to play other confidence games, Michael, but one man can only shore up so much security against the beast of the future. And when throat cancer came calling, not even you could make it stop.

We want our heroes to be spotless. Damaged people are just too hard to raise up. But Michael Larson, you steely-eyed game show god, there was something obscenely beautiful about you. You did your time. You detoured a lifetime of destinies for that money. For one hour on a Tuesday afternoon in 1985, you were a star, and no one could touch you without getting burned—not even you.

Laura Beerman giddies up weekly as The Gratuitous Blogger for Joe Bob Briggs and The Last Drive-In. She earned a graduate degree in Early American Literature, has written professionally for more than two decades, and has been interviewed by The Wall Street Journal and other industry publications for her day-job insights in healthcare. Laura lives in Nashville with her horticulturist husband The Greenman and her four cats. Find her lurking her at joebobbriggs.net, DiaboliqueMagazine.com and forthcoming for Soledad at www.facebook.com/nostalgiakinky