Welcome to What’s the Buzz, 25YL’s feature where members of our staff provide you with recommendations on a weekly basis. In our internet age, there is so much out there to think about watching, reading, listening to, etc., that it can be hard to separate the wheat from the chaff, filter out the noise, or find those diamonds in the rough. But have no fear! We’re here to help you do that thing I just described with three different metaphors. Each week a rotating cast of writers will offer their recommendations based on things they have discovered. They won’t always be new to the world, but they’ll be new to us, or we hope new to you. This week’s entries come from: Andy Hageman, John Bernardy, and Hawk Ripjaw.

Andy: Every summer I get my reading hopes way up.

I want to experience again the unsettling delight that came with the first time I read a Kafka’s The Metamorphosis or Jeff VanderMeer’s Annihilation or Carmen Maria Machado’s Especially Heinous.

This week it happened thanks to Will Wiles’s new novel Plume.

While set in contemporary London, Plume inhabits the outskirts of weird, and it’s filled with incandescent insights. The protagonist, Jack Bick, is reaching a point in his life where he, like his colleagues and the people he interviews for a trendy lifestyle magazine, cannot disavow the addiction that is undermining his love, work, and very existence. At precisely this point of recognizing the peril he’s in and the things he’s lost, Jack conducts a last chance interview that sets him on a course of wild changes in perspectives on crime, mapping, urban disaster events, data mining, real estate speculation, hipster “mumfords,” and several spectral cockatoos.

Shortly before the interview, Jack is sitting in a meeting when he feels a trembling that turns out to have been a massive petrochemical explosion and subsequent fire:

“More of my colleagues were returning from lunch, some unaware of what was going on in the east, others brimming with urgency, disappointed to find that we all knew about the fire already. There was a volatile, excitable atmosphere in the office. Having an unusual event like this, a news event, so very visible in front of us all was turning people into restless little broadcasters, vectors for the virus of knowing, eager to find audiences as yet uninfected with awareness of it.”

This event primes Jack to enter a reflective mode, but it also catalyzes the strange result that Jack continues to see a massive black smoke plume rising above the city well after the fire’s been contained and to all other Londoner’s the plume has faded away. The persistent plume helps create the novel’s weird ambience, and Wiles infuses it with potential implications that call to the reader to speculate on interpretations—to be Jack and be next to Jack trying to analyze and help him.

Whether Wiles is writing a character’s interior emotional and ethical struggles, the dialogue of an interview that opens left-footed but must be navigated deftly in order to remain employed, or a multi-sensory description of London architecture and infrastructure under the shadow of a massive inferno, he brings together precise and sophisticated prose with a dark sense of humor.

Plume fits into that rare category of novels that let you know you’ve entered not a new reality but a new look into what reality may or may not be. 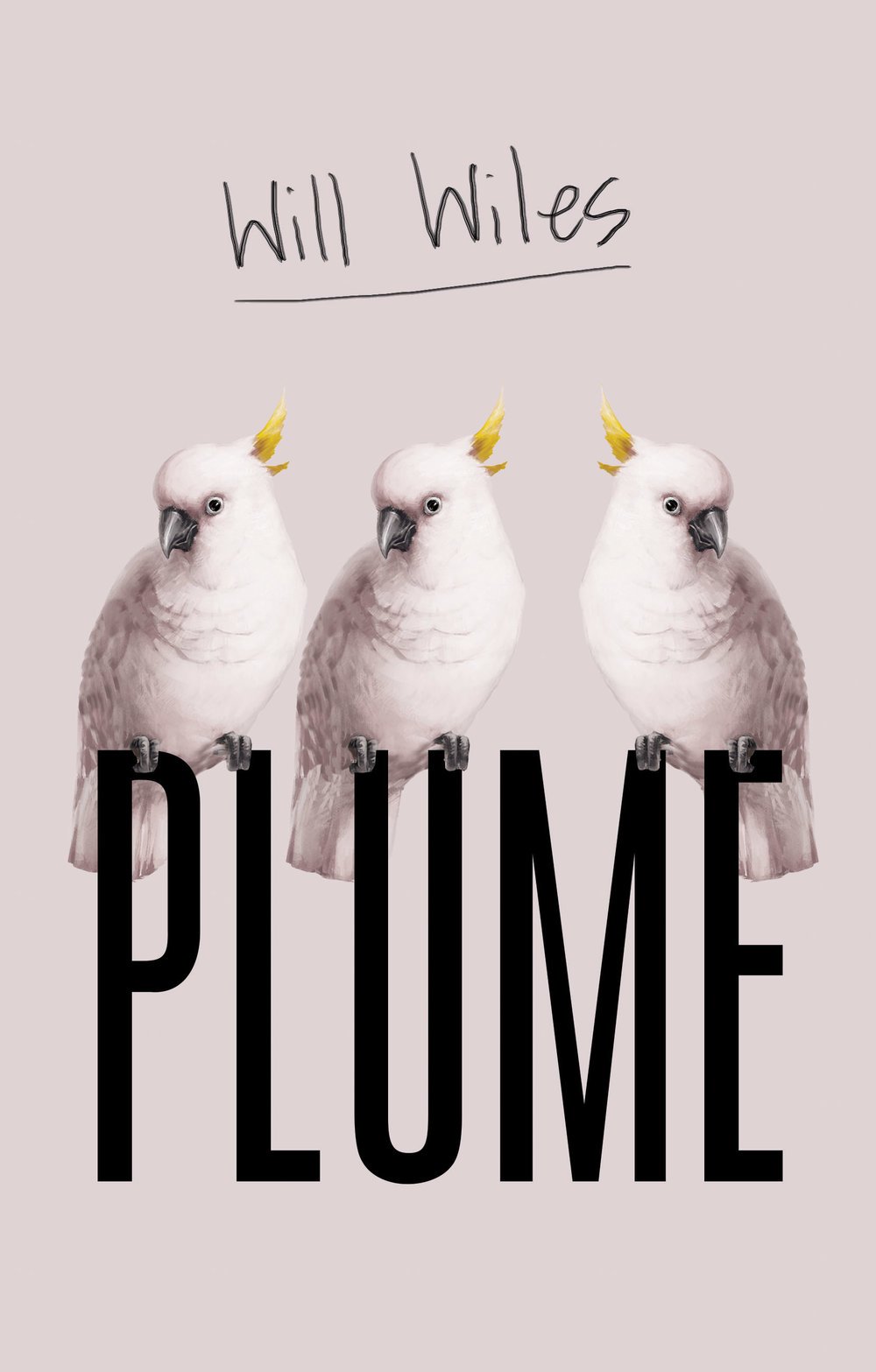 Hawk: I’ve been spending some time with Netflix’s Wu Assassins. The best way I can approach a description to this show is that it’s kind of like Iron Fist, except not shitty.

Exhibit A is that the protagonist is not a Bon Iver-looking hipster flailing around like a jackass, and is instead Iko Uwais, Indonesian modern god of martial arts movies from The Raid movies. Exhibit B is that Wu Assassins wastes no time in becoming completely absurd with a completely straight face, balanced with strong acting and storytelling that stumbles occasionally but is frequently strong.

Uwais stars as Kai Jin, a Chinese-Indonesian chef (whatever the Cantonese word for “a billion” is, that’s how many times he mentions his profession) who is involuntarily given an artifact that gives him the mantle of Wu Assassin—the last in a line of ancient warriors pitted against the Wu Warlords and their elemental powers. The Wu Warlords seek to possess the ancient powers of the Wu Xing and destroy the world. Uncle Six (Byron Mann) is a Triad leader, stepfather to Kai Jin, and happens to be the Fire Wu.

This show is ridiculous: One of Kai Jin’s new abilities is to transform his appearance into that of Mark Dacascos, which, after disrupting Uncle Six’s operations, puts Six on the warpath to find the “bald chef.” Six straight up Shng Tsun’s two guys just for failing him, but burning them to a crisp using soul fire.

Jin trains in a spirit realm in his head with Ying Yang (Celia Au) while only a moment passes in the real world. The action is reminiscent of The Raid and the John Wick films: cleanly shot, beautifully choreographed and absolutely thrilling. This is a badass show.

Yet, there’s some pretty good character work alongside all of the mayhem. Restaurant owner Jenny Wah (Li Jun Li) is desperately trying to save her big brother Tommy (Lawrence Kao) from his shackles to both the Triad and his own heroin addiction. Jin is balancing his job as a chef, his reluctance to be a Wu Assassin, and his need to protect Jenny.

It’s also important in how its main cast is almost exclusively Asian, and the show is steeped in Asian culture and folklore. It does most things right where Iron Fist went wrong. The Marvel show was a weirdly limp slog through drawn-out family drama and disappointing plot threads. Wu Assassins has more sharply written drama, more interesting character threads, and, interestingly enough, stars Lewis Tan in a major role. Tan was in Iron Fist as its most interesting villain, a Drunken Fighter, and was apparently one of the final choices to play Danny Rand himself.

Not everything works—undercover cop Christine (Katheryn Winnick) has a pretty uninteresting arc, there’s a weird trend of mediocre licensed music that gives the CW a run for its money, and the show occasionally shuffles its feet on some of Kai Jin’s past—but when Wu Assassins gets going, it gets fucking going. I’m hopeful that Netflix gives this another season or two.

John: I listen to VGM (video game music) podcasts like I do my Twin Peaks podcasts: as often and as many different ones as possible. Which is tricky because there’s just as many of them as Twin Peaks pods, but all the VGM shows have a ridiculous amount of episode backlogs to get through. One I’m currently listening to is Singing Mountain. Host Drew Mackie usually plays music from the era between Game Boy and Playstation, which is to say, my jam. But he has no qualms about playing earlier or later music either. It’s a comprehensive show. He’ll even do theme shows where he invents a premise and then pulls songs from all kinds of different games if the tracks match the mood of his concept. It’s artsy in a fun way.

I like Drew’s manner of explaining why he likes his music choices, and I like the songs too, whether I’ve heard them before or not. I’ve been happily catching up on his show for a few months now but I’m not anywhere near done.

The episode I listened to this week is titled “My Stepdad Is the Game Master”, which I initially assumed was one of Drew’s imaginary game concepts, but it turned out to be almost a full episode of an interview with his business partner Katherine Spiers. She knows almost nothing of gaming herself, but here’s what sent me into all the feels: her step-father is Howard Phillips.

And yes, early-days Nintendo Power readers, I mean that Howard Phillips. The face of Nintendo North America. The guy who’s caricatured in the Howard and Nester comic strip. I wrote a fan letter to that guy. And we get all kinds of background information on how he lived as a genuine human being. Mind blown.

His bow ties were imposed on him. His name was in the phone book so he’d get calls in the middle of the night to give game tips (“call Nintendo hotline”). He got to meet real celebrities and give games to the New Kids on The Block, among other things. This interview was awesome and totally worth not getting much music until the last fifteen minutes of the hour-long show. It’s fantastic to get a multi-level dose of nostalgia when you’re only looking to have something to listen to.

If you like Drew’s manner here, you’ll probably enjoy his regular format too, but I have to say this is probably the best reason to completely step outside your normal format.

My Stepdad Is the Game Master

In a Singing Mountain first, this episode features a person who is not me: Katherine Spiers, friend and business partner, comes in to talk about TableCakes, the Los Angeles-based podcast network we started together and what that means for Singing Mountain listeners.