Every other Sunday, we’ll be highlighting the best in scary audio storytelling, be it podcasts, audiobooks, radio plays, and more. This is Sounds Scary. This Sunday we’re listening to the first season of KC Wayland’s zombie apocalypse audio drama We’re Alive.

Zombies. The word immediately conjures tidal waves of green-brown undead marching towards total world domination. More often than not these days, however, it conjures fatigue. Since it first aired in 2010, AMC’s The Walking Dead sank its teeth into modern pop culture and infected it with more zombie books, TV shows, and films than humanity could handle, but the appetite kept growing. It became difficult to tell the light-hearted Zombielands and Z Nations from the World War Zs and The Batterys. This glut of content made it difficult for the best zombie stories to distinguish themselves. 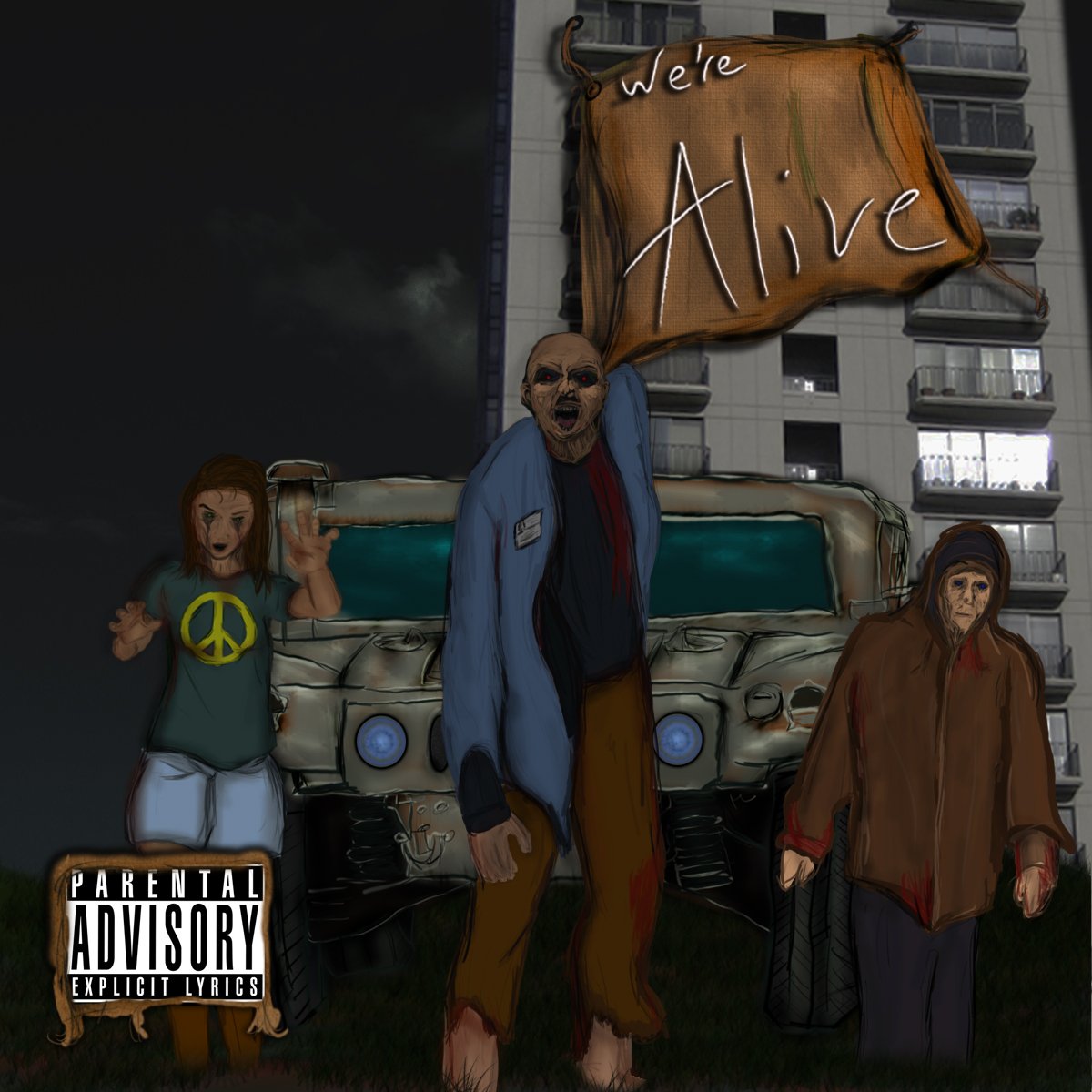 Thankfully, one of those stories was We’re Alive, an audio drama about soldiers and survivors set against an outbreaking zombie apocalypse. Created by KC Wayland and Shane Salk, We’re Alive’s first series follows Army Reserve soldier Michael Cross and a handful of survivors as they fortify and fight for survival inside of an apartment complex known as The Tower. Zombies, hunger, dehydration, and anxieties gather their forces against Cross and his friends until survival seems as far-fetched as a zombie apocalypse used to be.

One might assume that We’re Alive is nothing more than an audio-only retread of The Walking Dead or Day of the Dead, but they’d be wrong. We’re Alive works precisely because of its audio-only limitations. Doomsday stories and audio go as far back as the now-legendary 1938 Mercury Theatre broadcast adaptation of War of the Worlds. The intimate, fire-side nature of audio gives its stories authenticity and relatability. We come to the story, not just as audience members, but as collaborators. We hear, thanks to the season’s impeccable sound design from Rosemary Marez, the gnawing and gurgling of the undead and our mind populates crowded highways with flesh-eating fiends. We’re as responsible for the fear as the extremely talented cast and crew of We’re Alive. 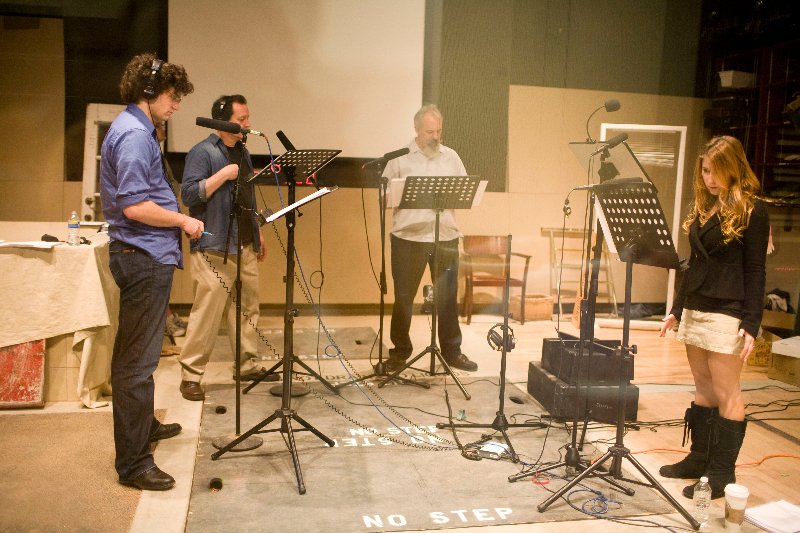 That cast, by the way, does a phenomenal job at turning familiar Zombie Apocalypse Survivors into layered, complex, characters worth listening to for hours at a time. Notable performances come from the series’ protagonist and narrator, Michael Cross and the tough-as-nails survivor, Riley. Cross, voiced by Jim Gleason, has a measured, slightly detached intonation that absolutely grounds you in a character that’s seen three tours of Iraq before his twentieth birthday. Riley, voiced by the indomitable Claire Dodin, undergoes the predictable transformative arc from scared to strong but does so with such nuance, approachability, and subtlety that it feels more earned than anything Rick Grimes ever did. Amongst these standouts is an entire cast stacked with talent.

Most importantly, in a pop culture thick with zombies, We’re Alive is one of the first serious IPs that understands its audience. We’ve grown up in a world that’s seen Dawn of the Dead and Zombieland. When a zombie attacks, we reflexively recite the words we’ve known our lives: remove the head or destroy the brain. Cross and the survivors know this, too. They know to avoid exposure to infected blood. They know to decapitate dead bodies just in case. Most importantly they know not to waste time with the needless nomenclature jiu-jitsu of calling the undead “walkers” or “infected” or anything other than what we’ve been calling them since the 70s: zombies. 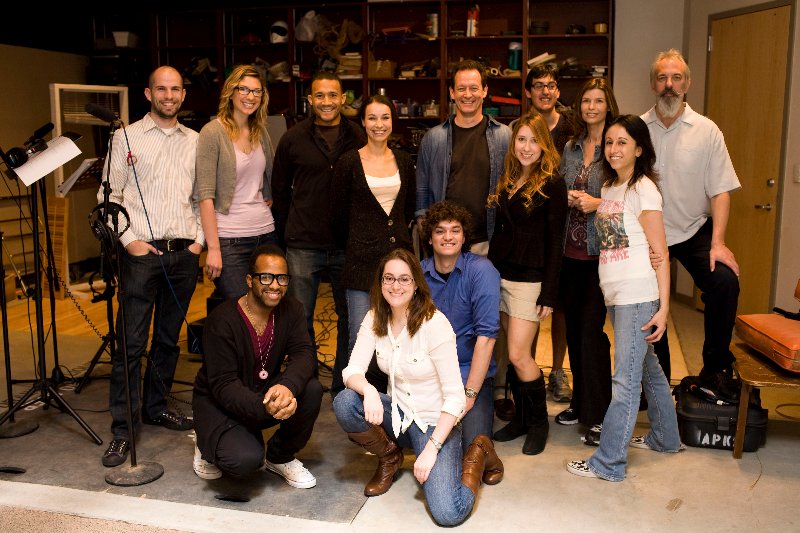 This kind of self-awareness is normally reserved for comedies like Shaun of the Dead or Zombieland, but We’re Alive challenges that convention. Why wouldn’t knowledge of pop culture zombies come up in a serious confrontation with the impossible? What else would people fall back on lest they fall into panic and despair? Knowledge, even knowledge of fictional films, is still power.

At this point, we’re more likely to be overrun by second-rate zombie pop culture than by actual zombies, and we’ll need as much ammunition as possible to hole up with if we’re going to survive this mess. We’re Alive is a must-have in any hopeful survivor’s rucksack of stories.