One of the most divisive gaming mechanics of recent memory is the use of loot boxes. For those that are unaware, a “loot box” is a mechanic in a game where the player receives an item that requires in-game currency to open. In order to open these boxes, or crates as they are commonly called, the player will need to purchase the in-game currency with actual money. If you still can not tell, loot boxes are essentially a form of legalized gambling because users never know for sure what they will get out of a loot box.

More and more games use the mechanic as of late; Overwatch, Apex Legends, Fortnite, and many other games have loot box functionality, and many people see that as a major problem. One game, however, is trying to remedy the problem. Rocket League is going to remove loot boxes before the end of 2019.

In recent weeks, massive publisher Electronic Arts (EA) made the news in a rather baffling moment. EA uses loot boxes in a few of their games, from Star Wars: Battlefront to Apex Legends. Due to the concerns that the use of loot boxes constitutes as a form of gambling, EA was called to testify in front of the United Kingdom’s House of Commons. When asked to defend the usage of loot boxes, an EA spokesperson called them “surprise mechanics,” and saw nothing wrong with them ethically. Whether you agree with that or not, it’s not hard to see why many people feel that loot boxes are a form of gambling.

Rocket League is a game where users use cars to play soccer, and it is an extremely popular online game. In this game, there are crates (loot boxes) that randomly drop, and players need to purchase “keys” in order to open them. The game will tell you the possibilities are for what the box contains, but there is no certainty. Crates have been a part of Rocket League for many years. Users get all sorts of items to customize their cars, and the items have created a marketplace where players can buy and trade items from one another. Now, however, that marketplace may change. Rocket League is doing away with loot boxes before the end of this year. 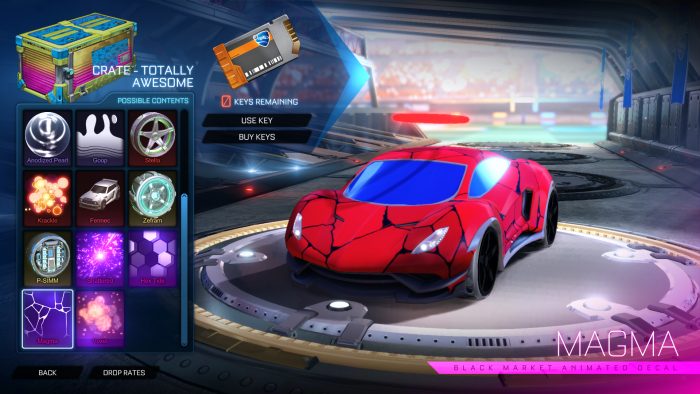 Earlier this year, Rocket League developer, Psyonix, was bought by Epic Games, the company behind the massively popular game Fortnite. Epic Games recently released a “fix” for the loot boxes in Fortnite. Now, whenever a player in Fortnite receives a loot box, they are able to see exactly what is inside the box. They then choose whether or not to purchase the box. With this fix, gambling seems to not be in the equation anymore. Rocket League developers Psyonix said in a statement that they are going to implement a similar system where users can see the exact item they are going to buy in advance, as opposed to leaving it up to random chance.

While this is certainly a step in the right direction, it actually leaves some Rocket League players concerned. One of the bigger aspects of the game is in fact, the de facto marketplace and trading system. The random chance loot boxes may be a form of gambling, but users have been buying and selling the loot box rewards for some time now. Users can trade items between one another, and many fans view this is an integral part of the game. Once Psyonix removes the loot boxes, will the trading marketplace survive? Will there be any need for trading and bartering now that players will be able to but whatever they like? 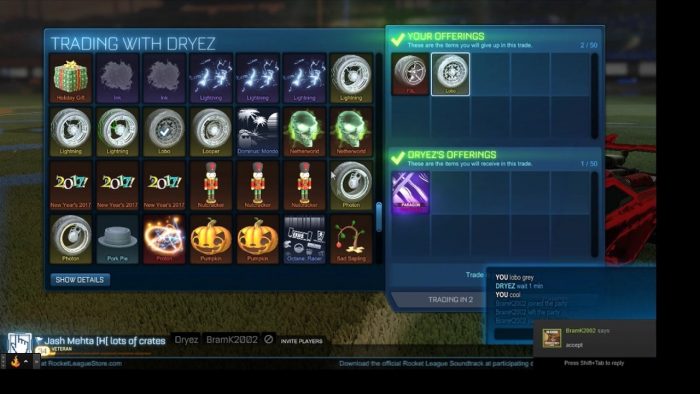 What it means for Gaming as a whole

While I cannot definitively answer these questions just yet, I am going to make an educated guess. If I am Psyonix, I do not want to get rid of such a popular part of the game, but I also do not want to be accused of condoning gambling. I feel that Psyonix will limit which items can be purchased at which time, in an effort to avoid obliterating the marketplace. That way, if someone wants to trade for an item immediately as opposed to purchasing outright (whenever that may be), they are still free to do so.

However, Rocket League is only one game.

It remains to be seen if the changes implemented in Fortnite end up being successful. People may not be “gambling” anymore, but the problem they had is not the same as the one in Rocket League; it does not rely on trading in the same way. If Rocket League players are still able to trade the same way they were able to before the change, then the game will not be any worse off. Moreover, if removing the loot boxes is as successful as they think it will be, then a much larger change is on the horizon for the gaming community.

I believe that if Psyonix can pull this change off without angering their community, then many more companies will follow suit. No one wants to be accused of gambling, but video game publishers also want to make money. With the advent of loot boxes and microtransactions, companies are trying to get more and more money from the user, and it really is egregious.

Circling back around to EA and their “surprise mechanics,” they seem to want to fight to the death for the use of loot boxes. Whether you think loot boxes are a form of gambling or not, it is no secret that EA makes a lot of money off of them.

Rocket League’s announcement that they will remove loot boxes is an interesting development in an increasingly interesting situation. The gaming community has had to evolve a lot over the past few years, and it continues to do so more and more each day. Will we end up in a future where we pay for loot boxes and microtransactions like EA would like it to be? Or will the notions of gambling and penny pinching be nipped in the bud before they make any more waves? These questions are likely to be answered in the coming months. But, if Psyonix and Rocket League are any indication, then we may be able to kiss the ideas of gambling goodbye.