“Only the good die young” as the song goes. Over the years there have been a number of TV shows that have made an impact on us here at 25YL, which we have been sad to see struck down in their prime. A season or two that grabbed us, and…that’s it. Whether there is some sense of completion, or we are left dangling by a finger from the side of a cliff, these are shows that we think are worth remembering, re-visiting, or even watching now for the first time. This week Linda Novak takes a look at American Gothic.

In the summer of 1995, creepy promos started airing for a new show with a dark sensibility and the phrase, “Someone’s at the door.” Blood formed the catchphrase on the wall, an ethereal ghost girl appeared, and I was intrigued. On Friday, September 22, 1995, CBS aired a quirky spooky little show set in the South called American Gothic. The show (created by Shaun Cassidy and executive produced by Sam Raimi) seemed like it never should have made it on the Murder She Wrote channel. It was the kind of niche guilty pleasure show that you enjoy with an understanding that it likely won’t be on the air long. Sure enough, it only lasted one interesting and confusing season. 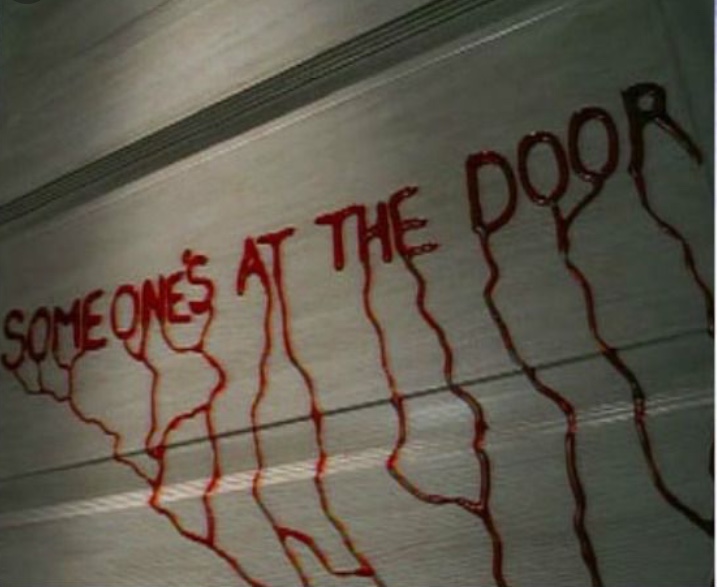 American Gothic appeared designed to entice the audience of The X-Files to change the channel after they watched their favorite show and to give the Twin Peaks audience a new spooky town, oddball townsfolk, murdered girl, unexplained supernatural events, and comical local law enforcement to fan out about. The show takes place in the fictional town of Trinity, South Carolina. It centers around a boy named Caleb Temple (who has to choose the path of evil or light), the ghost of his sister (who tries to guide him), his demonic father (who hopes to control him), and the townspeople (who try to save him).

While American Gothic had its missteps—such as phasing out a main character halfway through the season (Dr. Matt Crower, played by Jake Weber) and inexplicably airing episodes out of order—it had a unique sensibility and its own charm. The show also put a spotlight on Gary Cole and introduced us to a lot of talented actors, including Sarah Paulson, Lucas Black, Paige Turco, and Jake Weber. Over the years, it has attracted a cult following and there were even plans to make it into a movie (though that ended up falling through). To a certain small subset of viewers, American Gothic holds a special place in our hearts.

Even if you dismiss almost everything else about American Gothic or it simply wasn’t your cup of whiskey in a teacup, it was worth the cost of admission because it introduced us to the amazing actress Sarah Paulson. Paulson—who would go on to star in American Horror Story, American Crime Story, and Glass—played the angelic ghost of Caleb Temple’s sister Merlyn. Any scene with Merlyn was mesmerizing, in no small part because of Sarah Paulson’s dreamy dedication to the role and the genuinely endearing interactions between her character and her younger brother. Paulson also believably portrayed the young teenage Merlyn in life, disturbed by the trauma she’d experienced in seeing the rape and murder of her mother by Sheriff Buck. She would repeatedly say the show’s catchphrase, “Someone’s at the door,” in a sort of fugue state. Her transition to the ghost guardian angel of her brother (through her death by strangulation by the same villain) showed her at peace and finally able to be a protective and loving sister to the brother who was a result of her mother’s rape. The show was infinitely watchable just for the moments that Merlyn and Caleb were together. 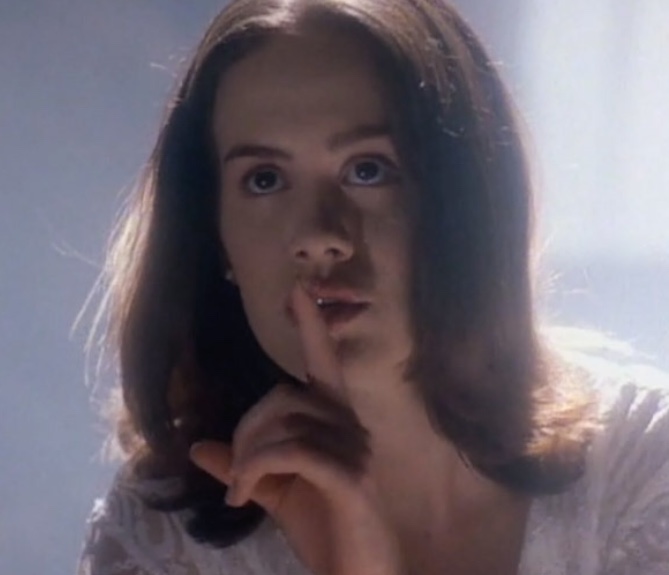 The young Caleb Temple was played by an amazing young actor named Lucas Black and it was a show-carrying role. Lucas Black could play conflicting emotions effortlessly as the boy who was mischievous—possibly devilish, given his demonic parentage—while also playing a boy who was extremely worried about the souls of himself, of those he loved, and of the town itself. The show toyed with whether he’d land on the good or bad side and he brilliantly played to both sides of the room. He made even the sillier elements of the show work because he reacted to the supernatural situations in a human and believable way. He was fascinating to watch because he portrayed that edge between choosing good or evil, sometimes toying with both as a living nature/nurture experiment. 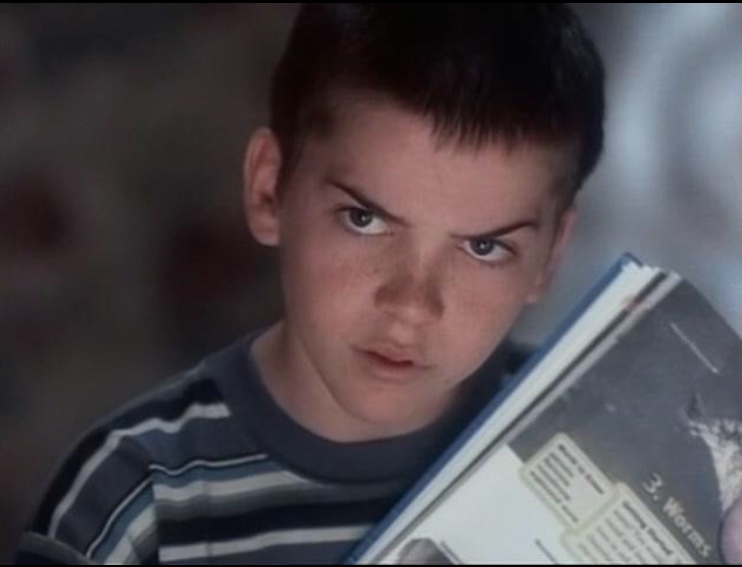 On the nurture side of the equation for Caleb Temple’s soul, you had the good Dr. Matt Crower (Jake Weber, who would go on to play Patricia Arquette’s long-suffering husband in Medium) and Caleb’s cousin, reporter Gail Emory (Paige Turco) who returns to town to take care of him. Jake Weber portrayed the logical and good-hearted Dr. Crower who is skeptical and deeply suspicious of Sheriff Lucas Buck. Dr. Crower cares deeply for the orphaned Caleb while also developing feelings for Gail. Together they try to protect Caleb from his evil father’s supernatural influence and prevent him from becoming the evil heir to the Sheriff’s powers.

Jake Weber also explored his character’s darker side as an alcoholic who is tortured by the knowledge that he caused the death of his family in a drunk driving accident. Sheriff Buck delights in reminding him of his sins and making him relive them. Ultimately Dr. Crower was written out of the show by being sent to jail because rumor has it that he wasn’t seen by either the network or the showrunners as enough of a foil to Sheriff Buck. As a result, he was replaced by more of an alpha-male character, Dr. Billy Peale (John Mese), who was not memorable and in whom the audience wasn’t invested. Rumor also has it that the plan was to bring Dr. Crower back if the show had returned for a second season but we never had a chance to see that happen. 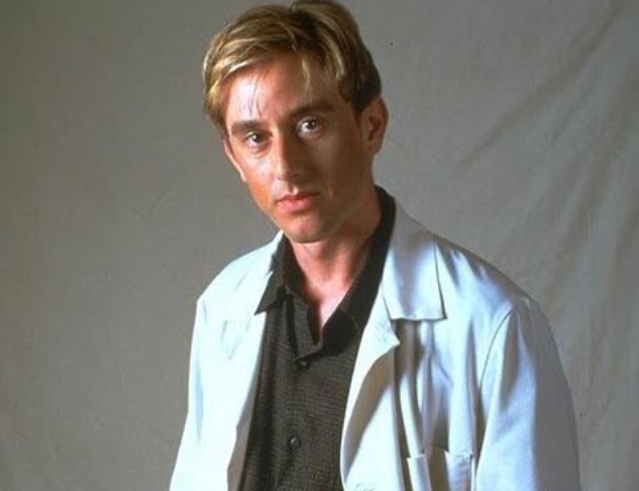 Paige Turco also turned in a believably caring performance as Gail Emory, Caleb’s recently appointed guardian. Gail was an earnest reporter from the city who wanted to get to the bottom of the odd and evil happenings in the town she grew up in before her parents died mysteriously. She is equally believable as a woman attracted to the charming yet evil Lucas. While Gail and Lucas seemed impossible to believe as a couple at first, the show didn’t shy away from delving into the dark side of even its seemingly unimpeachable characters. American Gothic explored the light and dark in every person in both small believable ways and over-the-top gothic ways. 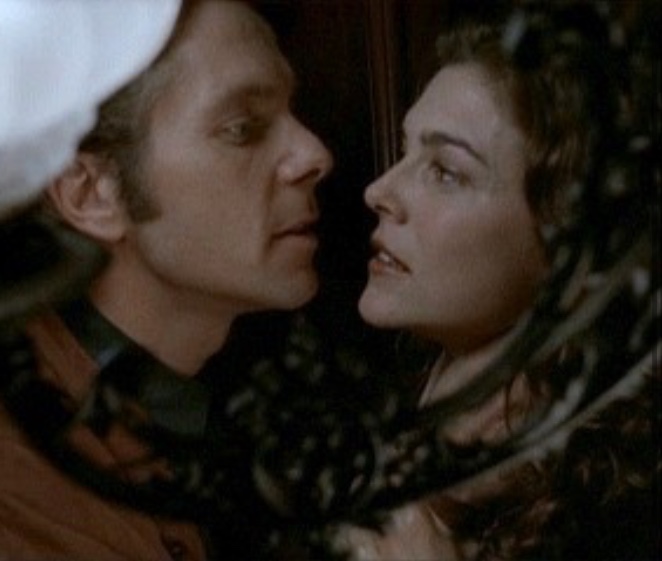 On the nature side of the equation, the show gave us the chance to see Gary Cole as the deliciously and devilishly bad Sheriff Lucas Buck, determined to mold his son Caleb in his demonic image and to use the townspeople’s foibles for his own means. He constantly makes deals and does “favors” for the townspeople of Trinity in ways that always end badly for them and further his desires. He could charm even his biggest detractors and had the town in the palm of his hand. He had fun with that role in a way that I like to think would make Twin Peaks‘s Ray Wise proud. Gary Cole went on to bigger fame in Office Space and Veep but he’ll always be Sheriff Buck to me. 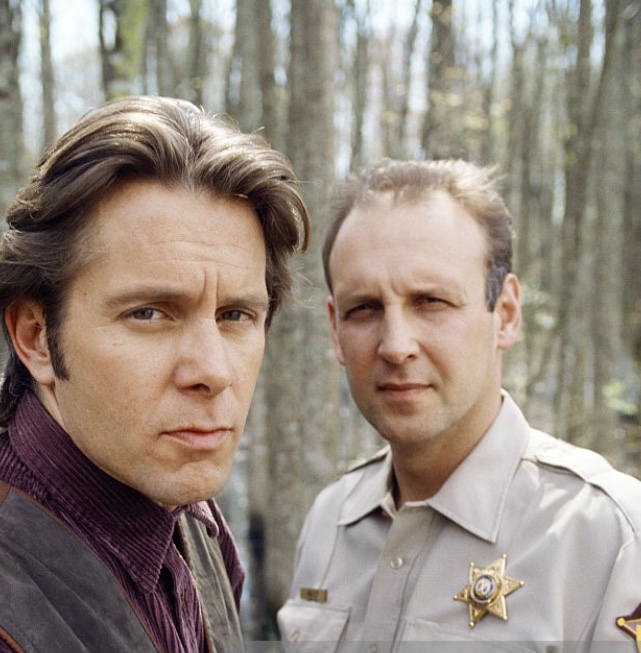 The townspeople of Trinity were often just plot devices with the bad deal of the week with the devil, except for two noteworthy exceptions. The Sheriff’s long-suffering Deputy Ben Healy (Nick Searcy)—a source of comic relief—often balked at the evil he would see Lucas Buck commit. He struggled with feeling powerless to stop him given that Lucas had the powers of the supernatural and a healthy stash of blackmail material on every last resident of Trinity. He often fought back in little ways before being put in his place by Sheriff Buck and was always interesting to watch as a person who knew what he was doing was wrong but didn’t see a way out. The other exception to the townspeople-as-plot-device rule was the town school teacher and femme fatale Selena Coombs (Brenda Bakke). While she was romantically involved with and seemingly under the thrall of Sheriff Buck, she still managed to get the upper hand at times and get things done for her own reasons. Her character often brought fun and silliness to a show that often lacked in both but was nonetheless interesting for it.

I remember being so confused at the major shifts in tone and plot holes when CBS inexplicably decided to skip episodes and show them out of order. The DVD release corrected this problem by having all of the episodes included. Also helpful is the episode list, which is in the order that show-creator Shaun Cassidy intended for them to be viewed.

The first half of the season—before Dr. Crower was written off and episodes were skipped or shown out of order—was cancelled too soon. But thanks to all this network meddling, the latter half of the season was possibly cancelled too late (or simply never given the chance to course-correct). The showrunners did get word that American Gothic was cancelled in time to wrap it up in the series finale but I think the show could have found its feet and gone on to have several more visually interesting, spooky, emotional, and deliciously fun-to-watch seasons.

Linda Novak, author at 25YL, is an OG Twin Peaks fan and a fan of spooky and witchy TV and films, period drama, art films and Victorian Halloween postcards. She has an MFA in poetry tucked away in a drawer somewhere. She’s married to another Twin Peaks fan (he's got theories) and is a proud mom of twins and a rescued dachshund.