2019 has been a tough year in film for me. Although I’ve seen lots of impressive stuff, I had yet to find a film that hit me hard enough to become my unquestionable favourite of the year. Thanks to Shudder, and their latest high-profile acquisition of Japanese gem One Cut of the Dead, my search is now over. Although the poster for the film may laude it as the “best zombie comedy since Shaun of the Dead,” I think it stands in a league of its own as one of the best horror comedies of all time. 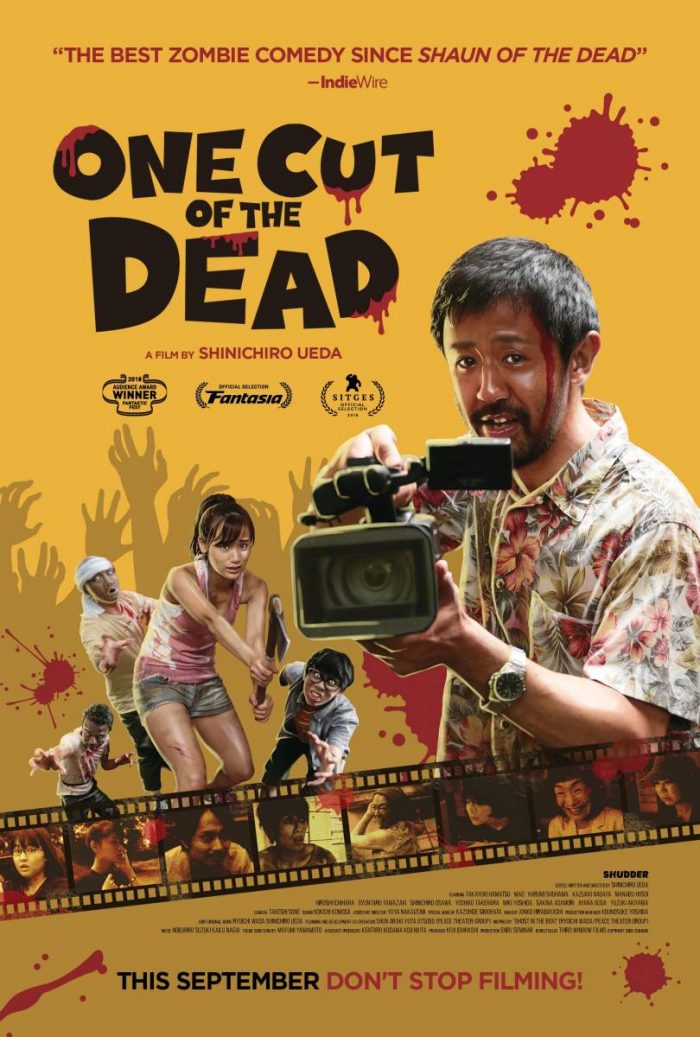 Shinichirou Ueda’s One Cut of the Dead, released in Japan in 2017, easily became the best film I’ve seen so far this year. The film, marketed as a horror-comedy, follows the cast and crew of an indie zombie flick who suddenly find the subject matter of their fiction all-too-real as literal zombies invade the old water filtration building where the film is being shot. The director (Takayuki Hamatsu), instead of evacuating the site, realizes that this may be his only chance at making a truly realistic horror film and decides to keep shooting as chaos ensues. The film is a result of this directorial decision as we follow an anonymous cameraman who attempts to capture all of the footage while trying to stay alive.

Of the film’s 96-minute runtime, the above synopsis only covers the first 36 minutes and, in order to maximize your viewing pleasure, I cannot provide any context to the final hour of the film. Shortly after the moment when the simultaneous end and title cards ran at the 36-minute mark, I quickly realized that I would have to throw out 95% of the notes I’d made so far during the first act, and for good reason. I recommend going into this one completely blind—no trailers, no spoilers. What occurs in that final hour needs to be a complete surprise in order to have the viewing experience the filmmakers intended. 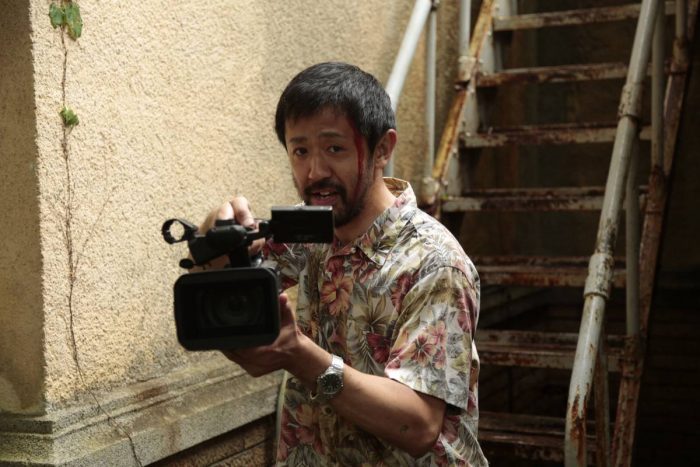 If you need more convincing to commit 1.5 hours of your time to this film, its track record so far should do the trick. Made for only $25,000, One Cut of the Dead has become one of only a small handful of films throughout history to gross one thousand times its initial budget, with a current box office gross of $29 million USD—and this is before it hits theatres in North America later this month. In a sea of big-budget blockbusters and box office juggernauts, it became Japan’s eight highest-grossing film of 2018 and currently sits at 100% on Rotten Tomatoes.

Cast with mainly first-time actors, the film is brimming with fully-realized characters that you become quickly attached to. The characters’ relationships with each other and with the audience grow organically throughout the film’s runtime and help to make it feel grounded and accessible. The stand-out star is Harumi Shuhama, who plays the film’s makeup artist. Shuhama, who only had one prior acting role before this, has a Monty Python-level of comedic timing and brings a gravitas to every frame she is in. Whether it is being the on-set mom to the film’s young stars or using her newly-acquired self-defense moves on a horde of the undead, she easily steals every scene and will have you absolutely rolling on the floor in laughter every time you hear the word “Pom!” 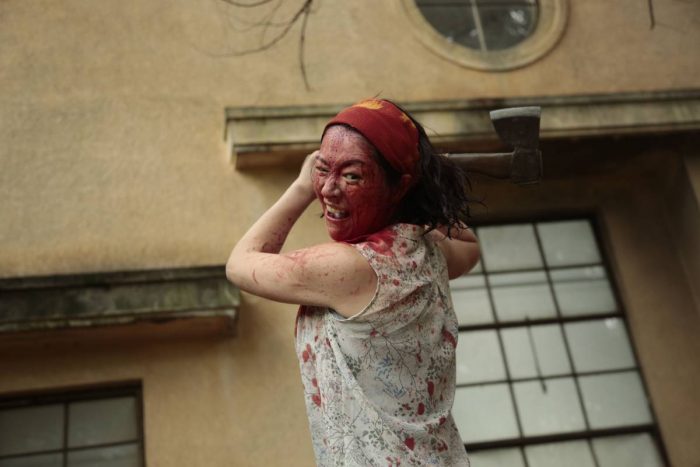 These lovingly-crafted characters are mainly thanks to Ueda’s masterful ability to walk the thin line between showing too much and not showing enough, with every aspect of the film—from the script to the cinematography—sitting in that perfect pocket where the audience knows just enough to leave them wanting more. It is a film that demands, almost immediately, to be watched for a second time as every single plot point and narrative beat has a rewarding payoff; even things you didn’t think needed a payoff get one and enhance your original viewing experience.

The script alone is nothing short of brilliant, chock full of jokes that are both expertly crafted and don’t feel forced. One Cut of the Dead’s comedy isn’t just laugh-out-loud funny, it’s smart too. The jokes have layers upon layers for the audience to dig into, to the point where you laugh at one scene only to laugh even harder minutes later when the full context of the situation is revealed. By the end of the film, I was grinning ear-to-ear and eager to watch it again.

Ultimately, One Cut of the Dead is a movie-lovers movie; it is for people who love the craft of filmmaking and who respect creativity and ingenuity. Ueda has fashioned a soulful love letter to indie filmmakers and the audiences who love and appreciate their work. There is so much heart in this film and you can tell that everyone working on the project truly felt passionate about what they were making. The film breathes new life into a subgenre of horror that has recently felt a little stale and overdone, turning the zombie flick on its head in a way that will leave you craving more. With a little something for everyone – blood, laughs, great acting and relatable characters—One Cut of the Dead is poised to be a massive hit for Shudder and I cannot wait to see what Ueda does next.

One Cut of the Dead will screen in cinemas across the United States at a special one-night event on September 17th, before premiering on Shudder later this year. To buy tickets for the September 17th event, please visit: https://onecut-movie.com/