I was surprised when I found out there was to be a fourth season of Stranger Things as the third not only completed the trilogy but the narrative came to a very natural, definitive conclusion as well. The last part of the Mind Flayer was eradicated and the gate remained closed to the Upside Down, despite the best efforts of those darn Ruskies. The Byers family rightly moved away for a fresh start with Eleven in tow (although I wasn’t sure why Jonathan couldn’t have sorted out accommodation for himself to stay with Nancy), the Party was disbanded and things will never be the same again. Hopper’s monologue was also powerful and really tugged at the heart strings…it’s a great ending. However, there were hints at a return visit for Christmas and that would certainly suit creators The Duffer Brother’s sensibilities.

Imagine the amount of films they could mine in this setting, they could even create a live action, Nightmare Before Christmas-type scenario. There was also the hint at Hops survival that people are clamouring for resolution about. Spoiler alert, however they decide to bring him back won’t be satisfying. He was standing in the middle of a large room when the portal drill exploded and the last time this happened, everyone around it was instantly vaporised. Plus, even if he did survive somehow, why would the Russians have taken the time and effort to transport him all the way back to their home country with them? Especially when they were rushing to escape as they were being raided by the American military? Not to mention that Hop had a good death, why would you take that away from his character? It’s these things that make me apprehensive about another season.

Three is the magic number, there’s something psychologically cathartic about things coming in triplicate. Two can leave you wanting but when you venture into a fourth instalment, you enter the beginnings of a series. Depending on the story, this isn’t necessarily a negative but often turns out that way. The first season was fairly contained and it was certainly written that way. El sacrificing herself at the end but also a shot of Hop leaving Eggos in the woods smacks of wanting a dramatic finish but also leaving a hint of an open ending. I felt the way they brought El back was a bit of a cop out personally and makes me weary about how they’d handle Hop’s return.

There was so much emotion when she departed but it turned out that El had only gone as far as the next room and very quickly and easily found a way back from the Upside Down. Again, I was surprised when a photo of her and Hop on set filming the second season emerged, as I thought she was gone. I should have known better, nobody really dies, especially when the masses don’t want them to and even if it weakens the story to restore them. There was plenty more to explore in the second season and that came to a satisfactory conclusion as well. It was no surprise that we got a third but a fourth season may be a step too far. The teaser released yesterday simply states that they’re not in Hawkins anymore and this is somewhat paradoxical. 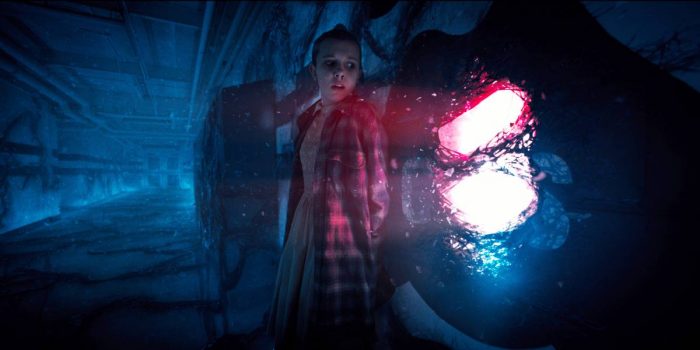 A lot of the charm of Stranger Things comes from its cosy, small town setting. If the events of the series were to happen in a more populated area like a city, it would be a completely different show. El ventured to Chicago in the second season and it was one of the weakest episodes of the series. Thinking back, I can’t even remember anything definitive about the city or anything she did whilst she was there that was unique to that setting. This is because, despite the change of scenery, the story remained intimate and focused on her. Therefore, the transition from Hawkins to Chicago and back again was barely noticeable. The majority of what transpired in the city took place in an abandoned warehouse on the outskirts and when her new gang left their base on a mission, they travelled out of town and into the more rural areas.

What I’m saying is if you’re going to take Stranger Things to the urban jungle, then you need to run with it and make it worthwhile. A much better teaser for the next season was when we saw the Demigorgon in a controlled, Russian military facility right at the end of the last episode. Seeing the monster in a completely different situation was really compelling and I’d love to see a completely fresh take on how others are dealing with such phenomena in a different part of the world. The tagline “We’re not in Hawkins anymore” sounds like a play on “We’re not in Kansas anymore” from The Wizard of Oz. If this parallel is purposeful, which I think it is, it suggests that maybe what’s to come in the next season will be radically different. 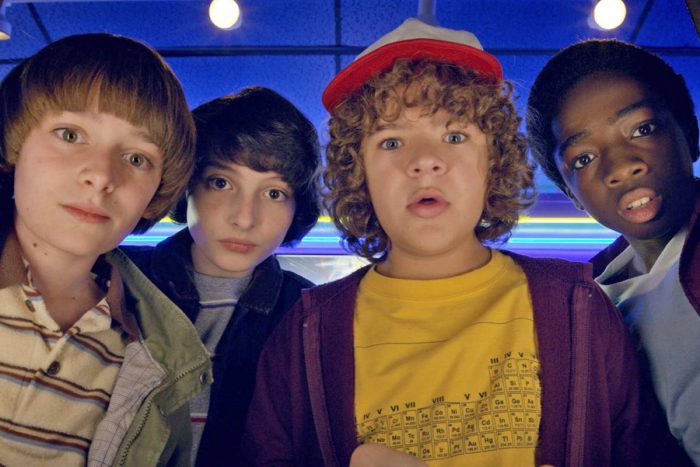 If this is the case then it’s both thrilling and the right way to go narratively. I find it hard to imagine what we have left to see the existing characters do in Hawkins. Between them all, we’ve seen them as kids, teens and entering the workplace. If we stay with the same groups for too long, we’ll just see the younger kids go through the same situations as their older siblings and the adults of the town don’t seem to do much except work and deal with paranormal activities, so there’s not much room there to expand. Seeing cute kids growing into adults isn’t usually a pretty sight because we met them and got to know them when they’re young and deep down, that’s how we want them to remain. Or is that just me?

In the recent IT: Chapter Two, I know I wasn’t alone in thinking that a certain magic was lost when we left the Losers as kids and jumped forward in time to their adulthood. We get to see grown ups in dangerous situations all the time but it’s not very often that we get to see kids using their advanced powers of belief in the impossible to sort out supernatural situations. This trope from ‘80s movies is one of the best elements that The Duffers brought back in a big way but the Party is growing fast and by the next time we see them, they may be too old to deliver that again. As a matter of fact, they’ll be approaching the ages of what their older siblings were meant to be in the first season.

I do have faith in The Duffers. I thought the third season was an improvement on the second, which in retrospect was kind of more of the same. The tone of the show in the latest series was very different, everything down to music and costumes included. The more technicolour, plastic look was fun and was more in line with what people remember and associate with the ‘80s. Now they just have to utilise a similar method but in a much bigger way. Perhaps they could fast forward further into the future to catch the beginning of the ‘90s? I really think that a whole new cast could be a great way to go but I know that’s never going to happen.

Whatever direction they go in, I’m hopeful because the industry in general have vastly improved in transporting beloved properties to different times and places. Twin Peaks is the best example of this in recent years, David Lynch and Mark Frost very much took things out of the small town and it turned out better than our wildest dreams. I hope the Duffers can find their own way of doing the same with their beloved property.