On Sunday morning, Sam Esmail posted this on Twitter:

Tonight… let’s just say you’re gonna have a lot of questions for me. #MrRobot

He wasn’t lying. The closing moments of this week’s Mr. Robot seem to strongly indicate that Elliot and Mr. Robot are not the only two aspects of our friend’s psyche. Apparently there is a third. Who might that be, and how do we think about this?

I must admit that this suggestion did not land all that well with me initially. There are multiple ways this could go wrong. Certainly it wouldn’t make any sense to make this third persona to be someone we already know from the show. The idea that Tyrell was an aspect of Elliot was played with briefly, sure, but Mr. Robot ruled that out pretty definitively once he shot Elliot. And to make it some entirely new person would also be a problem.

However, there have been indications of this possibility for a long time. Go back to Season 1, and the scene where Angela says “you’re not Elliot,” her voice distorts, and the scene cuts off, for example. Sure, that was (presumably) a dream sequence, but there have been elements like this throughout. Elliot has always been an unreliable narrator. He’s lost time, and we’ve lost it with him. And though we may have kept thinking that all of that lost time was taken by the Mr. Robot persona, the door is certainly open to another. 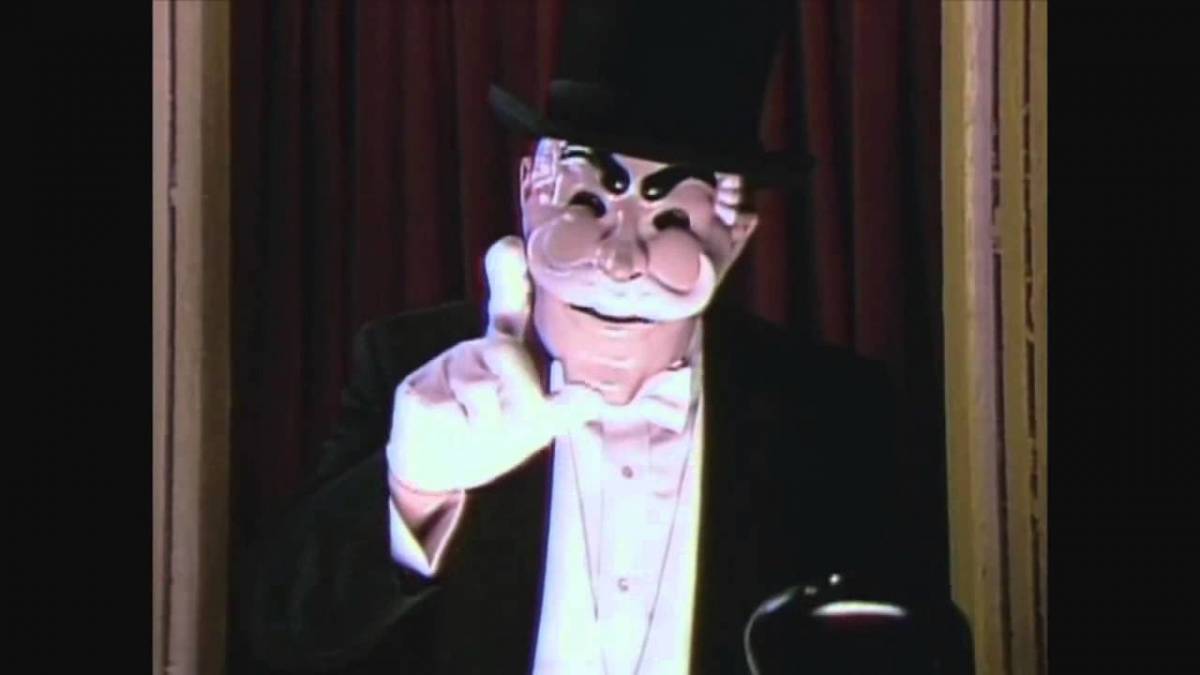 Think about those fsociety videos from Season 1 with someone wearing the mask from The Careful Massacre of the Bourgeoisie. Elliot always seemed surprised by them when he saw them. We might have thought that was because it was Mr. Robot at the helm, but isn’t it possible that this was the third—the man behind the mask? Some aspect of Elliot’s psyche that is totally beyond his conscious apprehension?

If this is what Vera’s reappearance at the end of Season 3 presaged, I am significantly more intrigued than I was previously. Maybe Careful-Massacre-Mask Elliot is a stone-cold killer?

Of course, Mr. Robot could go another way with this, but insofar as Sam Esmail has said this was part of the plan from the beginning, and that rewatches of the series will be rewarded by it, I struggle to think of another possibility that would feel right. And the collective hivemind of the internet has yet to provide me one.

But there are more questions raised by the final scene of the hour. Here we see a young Elliot swiveling in a chair in the ECorp building (it’s the room where Elliot went to meet Tyrell in Season 1), before his mom enters the room saying she has been looking all over for him. She chastises him for sitting in the chair and then says they need to wait, not for Elliot, or Mr. Robot, but for the other one…

There is absolutely no way this is a flashback, as the Freedom Tower is in the background of the scene (and it also just really wouldn’t make sense for it to be). So, we’re led in the direction of thinking this is like those other scenes where these figures have shown up. The wrinkle, of course, is that this time Elliot isn’t there. We don’t have the easy out of thinking these are mental projections on his part, or something like that. They seem to be operating fully autonomously, and independently from his mind.

I have no idea what to do with this.

There has been a theory that Whiterose’s plan involves implanting one consciousness within another, such that Mr. Robot would be a real presence in Elliot’s mind and not a figment, but I’ve never liked that idea much. Worse, it doesn’t seem to help here. But, so, how do we read this scene?

Perhaps this represents something going on in his unconscious mind. Taken that way, it doesn’t seem to require too much interpretation: it’s fundamentally the lingering desire of the childhood Elliot for his mother’s approval. What’s more interesting is to think about how this relates to his psyche as a whole at this point. Could the “other one” perhaps be some kind of synthesis of these various aspects of Elliot? Are we perhaps headed towards what Hegel would have called a sublation of the Elliot and Mr. Robot personas—that is, a movement that would both negate them and raise them up as aspects of this third moment?

I wondered last week why Price had saved Elliot’s life and whether this meant they would end up working together against Whiterose. It would seem that they will be, but given how the opening scene of S4E2 goes, my take is that Price’s motivation in the first instance was merely to learn what Elliot was planning. 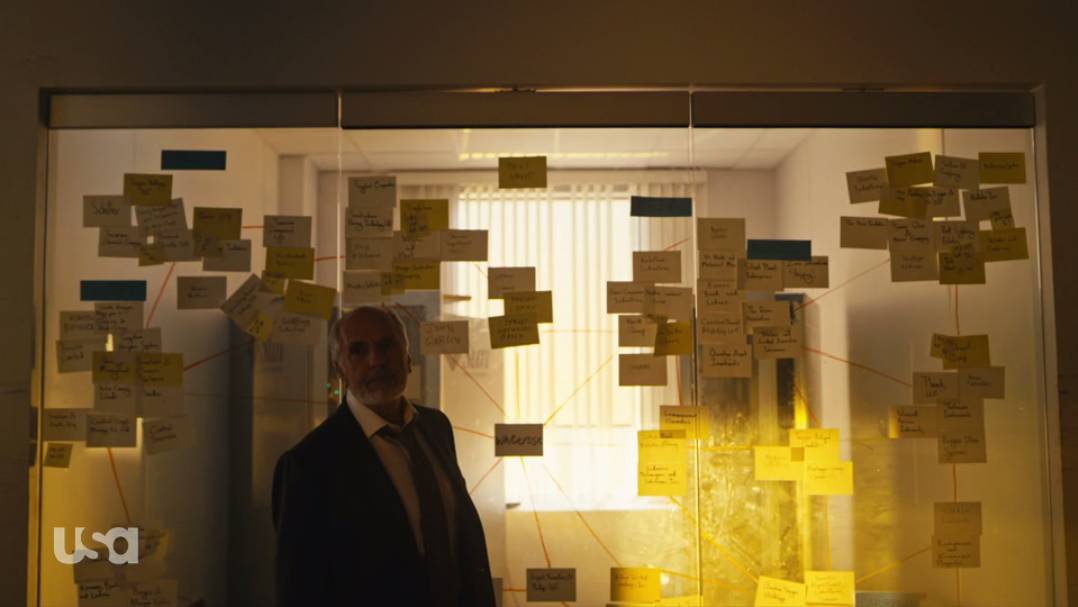 When he does, he doesn’t think it will work. His monologue about Whiterose/Zhang’s rise to power and the creation of the Deus Group doesn’t really tell us much we didn’t already know. Its purpose, rather, is to try to explain to Elliot the futility of his plan. The correlates to the real world are, I take it, almost too obvious to be worth mentioning (although I do feel the need to note the seamless editing of BD Wong into the footage). Virtually the only difference would seem to be the Whiterose of it all, though that does get to the important question: are the events of the past 30 years of the world best explained through a conspiracy, or as the result of chaotic forces that have colluded to create certain results, as it were, behind everyone’s back? Perhaps the answer is somewhere in between.

Regardless, in the world of Mr. Robot there is Whiterose, and thus an answer. Price says that it has become clear that the whole point of the Deus Group was actually Whiterose’s project, which makes me all the more curious as to what it is.

She has always been an intriguing character, thanks in no small part to BD Wong’s masterful performance. In Price’s story, Zhang’s motivations seem relatively clear in terms of amassing wealth and power, but Whiterose’s project is a wrinkle. It has never struck me as being about that. It’s possible that this idea of somehow allowing the dead to be returned in some way is just a method of manipulation, and the true purpose lies elsewhere, but whatever that purpose is, it seems that Whiterose truly believes in it. And it doesn’t seem to be about money. But we shall see (or, at least, I hope we find out—I’m not certain we will).

Regardless, Price strikes me as right here: I do not see any way that Elliot’s plan will work. He manages to convince Price to take a shot, but this strikes me as stemming from desperation more than hope. The Deus Group may well gather, but they really need someone like Susan Jacobs as well for the plan to have any shot at working. And that’s not going to happen. 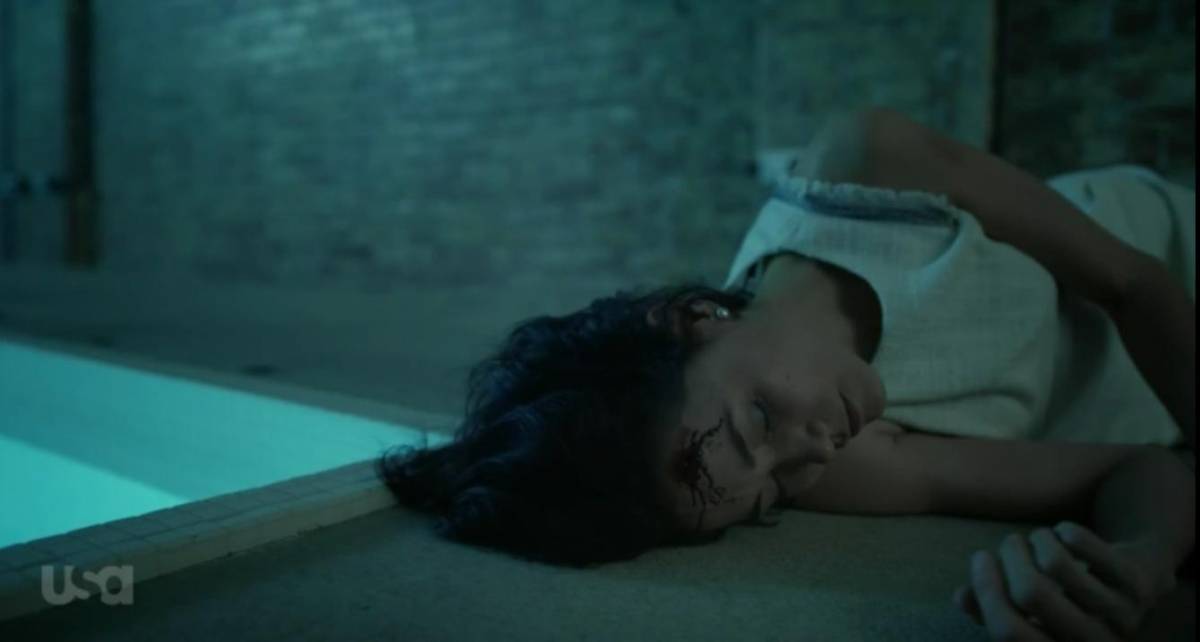 What’s in the Box?

Darlene and Elliot’s mother has died, and this provided the occasion for them to spend a good deal of time together in S4E2. The moment when they listen to the “Happy Mother’s Day” tape they made with Angela for Angela’s mother is particularly touching. Though one has to wonder how their mom ended up with it inside of Elliot’s old Walkman. Did he perhaps give it to her/put it there? And, if so, was he maybe the “other one” when he did?

The bigger mystery is that of the safe deposit box, the contents of which the bank has disposed of because “it’s policy.” We may never find out what was in there, but given that Darlene finds the very idea of Magda using such a thing to be wildly out of character makes me wonder what might have been in it. Perhaps we’ll find out at some point, and it will be relevant. Or perhaps this is just pointing to the mysteries death can present. Why did she open it? What was in there? And why did she stop paying for it? We may well never know the answers to any of these questions, as she’s dead and can no longer tell anyone.

Meanwhile, Dom is being pressured by the Dark Army to go back to work and give false testimony about Santiago. She does so, but when she tells her new friend Janice that she is “99.9% sure” that Agent Horton believed her, this leads to him being killed. Apparently nothing short of absolute certainty is sufficient.

It is interesting the way in which Mr. Robot has presented Dom’s character. Although she entered the story as more or less of an antagonist to Elliot, Darlene, et al., she’s been human from the beginning, and someone we can’t help but care about. When she confronted Angela, there was of course something of a threat behind her offer to help, but there was also something genuine there. And when Darlene hooked up with her in an attempt to gain access to the FBI database, one couldn’t help but feel that Darlene was in the wrong.

Dom represents the human cost of fsociety at this point. There are those who have died because of what Elliot/Mr. Robot set into motion of course, and we shouldn’t forget that, but Dom has to live with what to her may well be a fate worse than death. She has to work for the Dark Army, or else her whole family would be in peril. Irving made that clear at the end of Season 3, and Janice continues to drive it home.

She’s not what one would expect a Dark Army operative to look like, but this and her general demeanor make her all the more frightening. One has to wonder how she got into this position, but I don’t expect we’ll find out about that. Instead it’s going to all be threats on Dom’s mother’s life followed by remarks about thanking her for the macaroni.

Irving is presumably still working on his book.