There’s a sub-sub-genre of horror and science fiction called bizarro. It is, for the most part, exactly what it says on the package—stories that are off the wall, the kind that make you sound like a raving lunatic when you describe them to somebody. Nothing is off limits with these stories either, with the subject matter sometimes being so perverse that you couldn’t bring the book out in public for fear of getting sideways glances just from the cover. One author operating in this sub-sub-genre is Jeremy Robert Johnson, and today I’m going to highlight my three favorite books by him.

Be warned that we will be discussing some disturbing subject matter, particularly with our first entry. 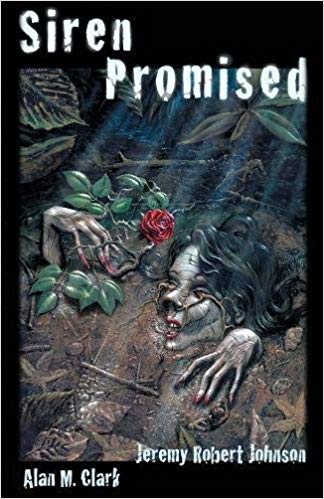 To say this book is bleak is something of an understatement. In fact, it is up there with one of the darkest books I’ve ever read. Unlike some dark fiction though, where it can often feel depraved for its own sake, this is a powerful meditation on substance abuse, toxic relationships, and a damn fine piece of bizarro horror in its own right.

It follows Angie and Curtis, two very, very troubled souls as they embark on a path that will see the two meet up. Angie is a drug addict, and willfully accepts the horrible abuse inflicted upon her by the story’s antagonist, Cypher. Cypher is also Angie’s baby daddy, with their mutual child Kaya being mostly neglected while Angie looks for another score and Cypher is off doing God knows what. Curtis, meanwhile, is a psychopath just waiting to burst forth from his shell, plagued by headaches that seemingly urge him to do bad things. He hasn’t killed anyone—yet.

Angie fights back one day when Cypher goes way too far as she begs him for more drugs. With all that happening, Angie flees, hoping she can get back to her daughter before Cypher does, and Cypher cooks up a unique brand of drugs that almost seems to send people to another plane of existence. It all culminates in a final showdown that is downright nasty, and it’s sure to stick with you like it’s stuck with me for years now.

The best part about this book is that, despite the absolutely pitch-black subject matter, the story is filled with empathy for its primary characters. It respects them even when they don’t respect themselves. A lot of this stems from the authors’ lives. The opening states, Alan (the book’s co-author, who supplies the chapters from Curtis’s perspective, as well as some gorgeous illustrations) is an alcoholic. Jeremy is a drug addict. Acknowledgement is the first step.”

It makes their mission statement clear—this book paints a horrific picture of substance abuse, and indeed, there are some scenes in here that will make your skin crawl, portraying the absolute depths of humanity, including one scene involving a man whose mental functions are almost gone digging at his thigh with a fork. But despite that, the book has a hopeful ending, and it’s clear that this was a very personal project for both Jeremy Robert Johnson and Alan M. Clark.

Essentially, it’s Requiem for a Dream directed by David Lynch. It’s very difficult to stomach a lot of the time, and it’ll bring you to places you’ll probably wish were left unexplored. But it’s also an extremely powerful statement of how addiction can consume and destroy a person’s life, and also the truly harrowing struggle they must undertake to overcome it.

Thankfully, as far as I can tell, both authors have since become clean, and are doing well.

We Live Inside You

Shifting gears a bit, this is Johnson’s second short story collection and displays his best features. Every story in here is a winner; with some being dark as hell, others being hilarious, and some of them being both. One of the earliest stories is called ”When Susurrus Stirs” and it is an absolute doozy. It’s about a man out for a run when something flies into his mouth and starts taking on a mind of his own, communicating with him telepathically as he becomes a grotesque abomination. It’s classic body horror stuff, with an ending that is so repulsive and perverse that it actually becomes hilarious.

Immediately following that, though, is a much more grounded noir story called “Persistence Hunting,” which also appeared in a fantastic anthology called In Heaven Everything is Fine: Short Fiction Inspired by David Lynch. It involves the nameless protagonist falling in love with a stripper named Avarice, forsaking his mostly amicable relationship with his father in the name of being with her. It shows the tender, more human side of Johnson as he explores the dark side of the world and why people do the things they do.

Then there’s a story called “Consumerism.” This is actually a sequel to a story from an earlier collection following an unnamed father and his one-sided conversations with his buffoon of a son Ronald. The first story in this small series, “Priapism,” actually made me cry laughing, with it following the father as he tries to condition his son’s masturbation habits out of him as he forces his son to jerk it in the corner while he plays all of Kenny Loggins’ discography on piano. “Consumerism” is, instead, about the father, mother, and Ronald going for a drive, and Ronald crashes the car, mortally wounding his parents. Suffice it to say, this is a much darker story than the one that came before, but it’s also still hilarious and memorable.

One other story I would like to go into detail about is called “Trigger Variation.” This is a weird one, blending Johnson’s unique sense of humor with a seriously disturbing tale of what essentially amounts to neo-Nazism. Jackson falls in with a group of men who are all about achieving the ideal human form. That means no drugs, no diseases, no addictions, no room for weakness. In one of the story’s more humorous moments, the gang has a pillow fight in Central Park, to the bewilderment of the police force and citizens. But Johnson uses this to his advantage because a little later, they bring pillows filled with hammers and other bludgeoning objects and go on a rampage, culminating with a personal confrontation for Jackson that ends in one of the most depressing final lines in any story I’ve ever read. It’s harrowing but wonderfully human.

Almost every other story here is a winner, as well. “The Gravity of Benham Falls” is a classic, well-executed ghost story; “Cathedral Mother” is another tale of body horror, but one that goes in a totally different direction than the earlier Susurrus; “A Flood of Harriers” is an ugly but effective story of white guilt; and “States of Glass” is a grounded, painfully human story of how people react to grief. The variety on display shows that Johnson is a versatile, unique voice in dark fiction. It makes me wish that people could get famous from their short stories like they used to. 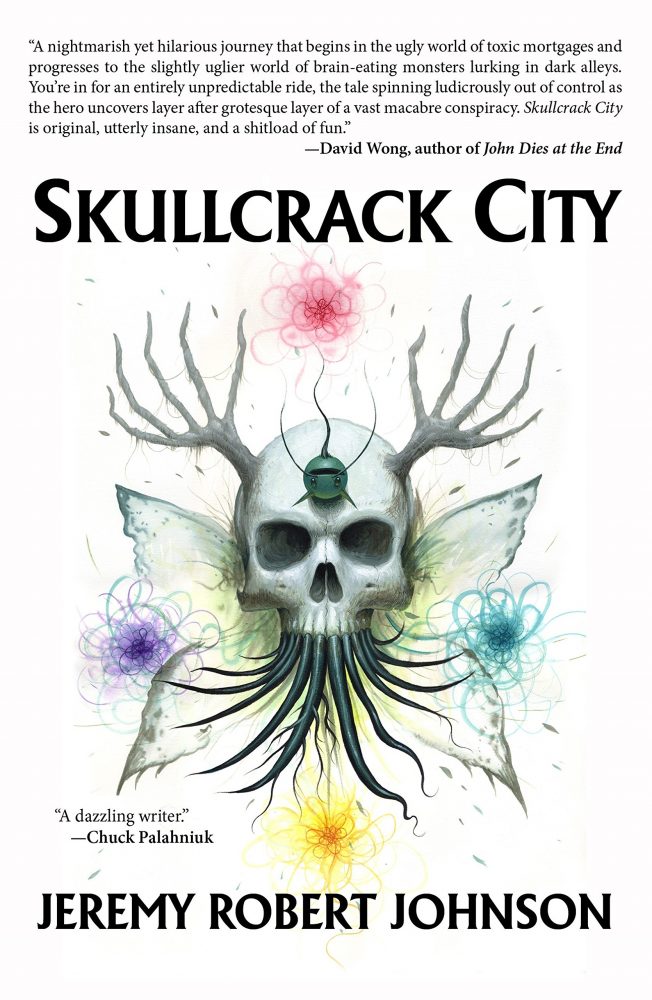 Perhaps Johnson’s most accessible work to date follows a troubled man named SP Doyle (short for Shenanigans Patrick Doyle). He works for a megabank that controls more of the world than it lets on. He’s also addicted to a drug called Hexadrine, and he uses it to fuel his late nights digging through the bank’s files, where he uncovers the start of a conspiracy that threatens the entire world.

This is essentially the book equivalent of a really unique horror-comedy that manages to balance multiple tones without ever once feeling incongruous. More often than not, it’s flat out hysterical (as is the case with SP’s pet turtle Deckard judging him while he masturbates as a result of Hexadrine), but it’s also genuinely intense, with action scenes that have real stakes to them thanks to a second act twist that completely changes the course of the narrative.

Really, that’s what this book does best. I’m not going to spoil anything beyond the basic premise, because the book takes too many turns to count, with the ever-growing conspiracy feeling like a real, tangible threat. By the end, everything has changed radically, and the book uses its superb, lightning-quick-but-detailed world-building to make its many disparate parts come together into a cohesive whole. This includes corporate assassins, body modification reality shows (that actually directly in to a short story from his first collection Angel Dust Apocalypse), doomsday worshippers, violent missionaries, mad scientists, and some drug dealers who have a machete with the word “NOPE” written across the blade (they call it their “right of refusal”).

It showcases Johnson’s abilities as a long form author. Up to this point in his career, he had mostly been an author of short fiction and novellas, but this book is proof that he can tell longer stories as well. If you’re familiar with the John Dies at the End series by David Wong (also a personal favorite of mine), then this is the perfect book to complement that while we wait for the series’ fourth entry. It’s wild, it’s ludicrous, and it’ll stick with you for a very long time.

These are just a few of the books authored by Jeremy Robert Johnson, and they are what I believe to be his best work. He’s one of those authors, though, where you can’t go wrong with anything that has his name on the front cover.