**  I have only completed the game’s first two areas as of writing this review and am playing on the Sapphire version.  **

Even if, like me, you weren’t a fan of anime or trading card games growing up, it’s impossible to go through your childhood without hearing about Pokémon. The popular Japanese role-playing game has gone from a simple Game Boy title to having its own anime series, manga comic and live-action movie. My decision to give this staple of gaming a shot has led me to purchase Pokémon: Ruby and Sapphire as my first foray into the franchise’s universe.

The plot of a Pokémon game is notoriously simple: your main goal is to capture different types of monsters and then train them to battle other opponents. Ruby and Sapphire puts you in control of a child who has just moved into Littleroot Town. The story basically amounts to the player collecting badges in order to qualify for the Pokémon League, while facing off against a team of vicious Pokémon players.

Traveling around the game’s map will have you encounter various NPCs that will either challenge you to a duel or offer up useful information on how to better train your Pokémon. Each village consists of a Pokémon center, which allows the player to recharge their Pokémon from a particularly fierce battle, as well as stores from which the player could purchase healing items, power-ups and Pokéballs. Last but not least, there are Gym Leaders that must be defeated in order to acquire badges that unlock new abilities.

While the story is lacking and the protagonist is mostly a blank slate, the conversations you can have with the multiple NPCs in each village add character to the world. From tips on how to better manage your Pokémon to simply commenting on their love for Pokémon, I recommend you talk to each villager to maximize your enjoyment of the game’s atmosphere. 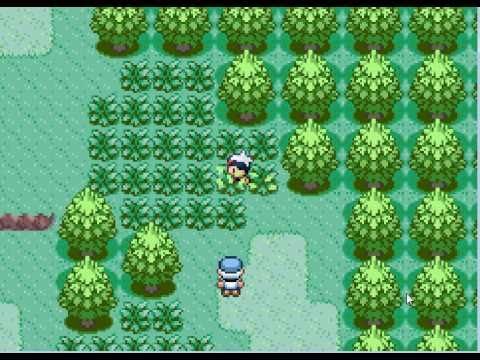 It’s important to note that the visuals of the game are incredibly colorful and charming. While the forest areas are mainly the same, save for the NPCs and placement of shrubs, each village has its own unique design and aesthetic. The soundtrack as you explore the world is cheerful and forthcoming. The battle music that commences each time you encounter a fellow Pokémon master or wild creature is always the same, yet it provides a sense of urgency as your Pokémon trades blows with its opponent. The chime that comes each time a Pokémon levels up, along with the triumphant beat that comes with winning each battle, gives a sense of relief and victory, especially after a particularly difficult battle.

With over 200 Pokémon to collect in this game, each one is uniquely designed and separated into several different categories. Each Pokémon has four skills, consisting of attack, defend, build energy and growl.  The more you use specific Pokémon, the more XP they’ll get and level up, eventually undergoing evolutions that will drastically change their appearance and add new skills. The one caveat the player faces in this instance is having to eliminate one of the skills they already have to make room for the new one.

If there’s one drawback I have, it’s the burden of leveling each Pokémon up. Case in point; my duel with the first Pokémon master required me to capture a Grass Pokémon as it was the only type of creature that could defeat her. After going through the arduous task of encountering several wild Pokémon before I could capture the right one, I had to do battle with it.

I can see why people enjoy this series so much. Its gameplay is addictive yet easy, it’s looks, and sounds are light and welcoming, and a lot of thought has clearly been put into each creature’s design. I wouldn’t call myself an acolyte of the Pokémon franchise yet, but the more time I spend with this game, the more enamored I find myself with it.