The ’90s had a huge onslaught of films about “imaginary friends”. Disney’s Don’t Look Underneath the Bed (1999), Fight Club (1999), and even Heavenly Creatures (1994) dealt with some form of the concept. The one that stood out for me was always Drop Dead Fred, and no, it’s not because I wish I had Carrie Fisher’s houseboat (even though I still really wish that).

My takeaway from Drop Dead Fred was always more than the quirky gags (Fred being blown across the room by a sneeze.) or the crude jokes (Was it necessary for Fred to be looking up women’s skirts with him meant to be there for a child?). For me, it was Lizzie Cronin’s story about becoming her own person, and getting out of the toxic environment that her mother and ex-husband had created for her.

It’s a situation I know all too well. I apologize ahead of time for how “real” things are going to get with this piece, but films are allowed to reflect and inspire us no matter what genre they fall under.

Phoebe Cates (Princess Caraboo) plays Lizzie, a woman who has left her cheating husband. (Good on her, this guy was an utter sleaze!) Not soon after though, she decides she’s willing to forgive him. 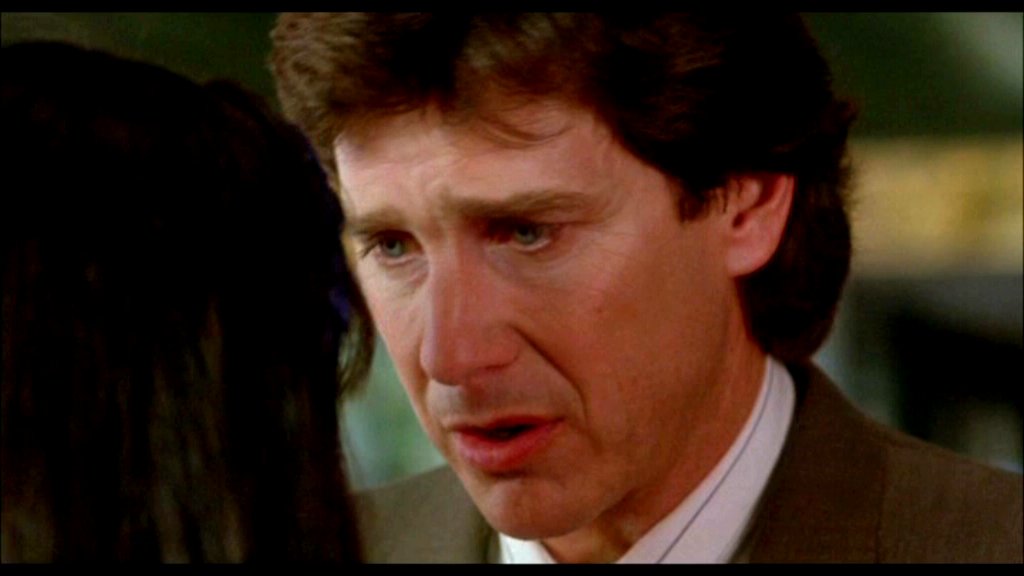 Charles (Tim Matheson), the ex, is very manipulative. At the same time that she’s going to tell him she wants him back, he twists the conversation into being about how she’s been right all along. They’ve never belonged together. Any sane viewer could see this as a toxic relationship, but Lizzie is naive and can see nothing more than getting him back.

It’s no help that the main reason Lizzie is naive is because of the mistreatment she’s had to deal with in the form of her mother. 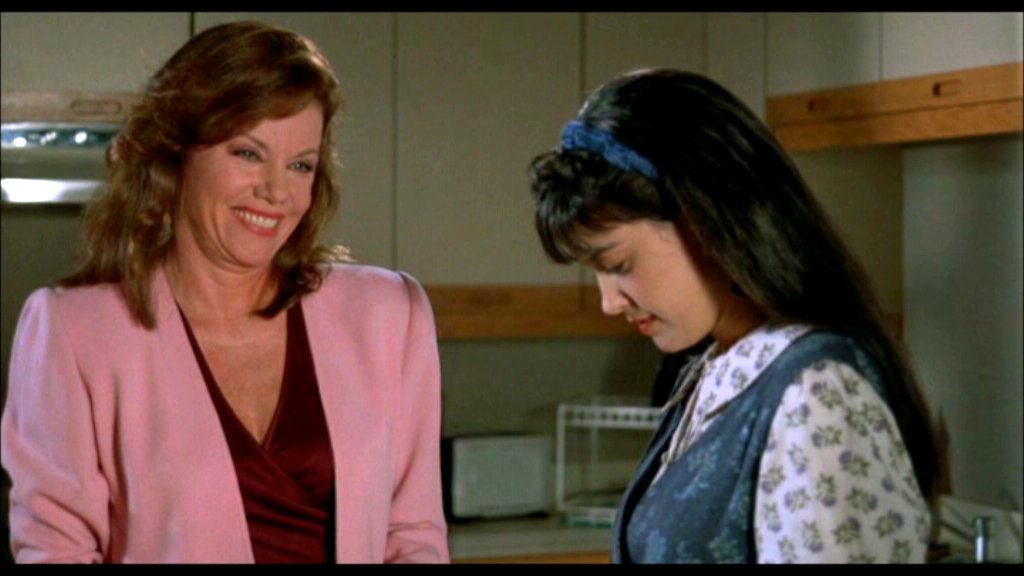 When her mother (Marsha Mason) learns of the split, she makes it her personal duty to see that Lizzie is able to get Charles back. She acts as though she was the one who arranged the entire thing. It really wouldn’t surprise me, since when we meet Lizzie and Charles it becomes really hard to imagine how the two could have gotten together in the first place.

Her need to control extends to both the physical and the mental. She turns Lizzie into a mini version of herself and constantly insists “this is what he wants.” Everything from power suits to how one conducts themselves around the house. She installs into Lizzie’s head the idea of “the perfect housewife” and that anything less would mean that she had failed.

When Lizzie was a child, she’s seen being told by her mother that “Sometimes I don’t think I love you as much as I used to.” She punishes Lizzie’s imaginative side not by scolding, but by taking away the thing she loves most. Boxing Fred up in a Jack-in-the-Box and threatening his doomed fate if Lizzie were to open it again. Lizzie isn’t more than 5 or 6 and yet her mother forced her into an adult state of mind by crushing her spirit.

Sadly, this is where I connect all too well with Lizzie’s character.

My parents both showcase similar ways of acting when it comes to raising their children. My mother, like Lizzie’s, is the bully of the house. Whatever she says is law, and if you didn’t like it then… “you can pack your bags and get out.” If she wanted to hurt me, she knew exactly how to do it. She would walk right into my room, take the poster or item I loved the most and destroy it, or have my siblings do the destroying for her.

Just like Lizzie’s father, mine would “yes and” when it came to raising us, and act like nothing was wrong. He would sleep all day and then get up and leave for his safe space… Night Crew at Stop & Shop.

Any achievement that was done by me was always treated as though I was trying to be better than them, and they never let me forget it. My Dad went into his “failed scriptwriter/special effects artist” spiel when I announced that I was going to attend a university and specialize in the same field. My mother came up with every excuse to avoid coming to see me in my one high school play, “The Crucible”, but never failed to jump to the chance to support any of my other siblings.

Instead of allowing our achievements praise, both Lizzie’s and my parents, brought us down by using resentment. They twisted our lives and pulled at all our strings, so by the time we were able to live on our own, we were still completely dependent on others. We longed for that approval and love that we were rejected as children.

We took on other ways of receiving any type of love. Lizzie found a great friend in Janie (Carrie Fisher), a woman whose life is certainly more put together than her’s. She has a professional, office job. A fantastic houseboat (that sadly gets sunk by Fred), and knows what she wants with her life.

We never learn how the two met, but my guess would be college. Janie is that friend that Lizzie could go to in order to rant about what she’s going through, and then receive in return advice.

My Janie, I met in college and have remained very close to ever since. She is someone who is kind of opposite to me in personality (like Lizzie is to Janie), but I think that’s what works for us (and for them). She is able to let me vent about whatever and in return, I do the same for her. She’s encouraged my ideas and I’ve helped her with some of her’s. We seem to balance one another. 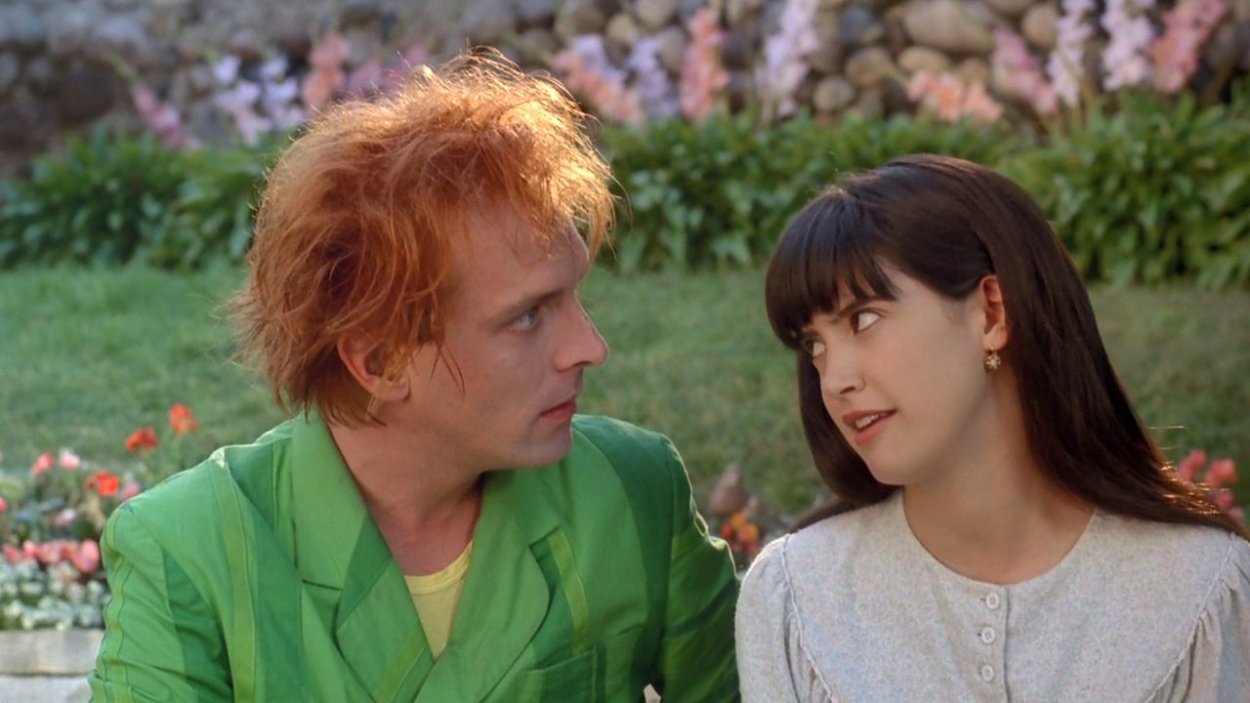 Lizzie also had her childhood imaginary friend Fred (Rik Mayall) to help her during her childhood, and once again when everything else seemed bleak as an adult. The usual job description when it comes to one’s “imaginary friend” is to encourage one’s adventurous side.

Fred takes this to the next level.

An example? A real-life game of robbers in which young Lizzie and Fred rummage through her house one night and make her parents believe that there is an actual break-in occurring. The police show up and cart her father away while little Lizzie still believes it’s all just a game.

Sure, this type of behavior might lend you to question exactly what is going on in Lizzie’s little head for her to create such an outlandish character. But Fred is a person that encourages her to think outside her box. Adult Lizzie finds herself living in one and of course, Fred would be the person to help release her from it. He (sometimes) helps by pushing her into taking chances or having her make a fool of herself. In the end, she’s more confident when he’s around.

When I was younger, watching this film, I spent months running around the neighborhood pretending that I had an imaginary friend (also) named Fred. What can I say? I’m easily susceptible to certain things in films. I still am, but back then I wanted a friend like Fred so much that I created my own as an escape.

Just like Lizzie though, I grew up, and when I did, I discovered my “real life” Fred. She came to me late in the game but has helped me a lot with breaking down the walls I’ve built up from my childhood. She still does, by encouraging me and pushing me to view things in ways I hadn’t before.

Near the end of the film, Lizzie finds herself in her subconsciousness facing her greatest fears. There she discovers her childhood self tied to a bed with her mother governing over her. With the help from Fred, she is able to gather her strength to finally say, “I’m not afraid of you!”.

She shouldn’t have been made to grow up that early, and shouldn’t had to have dealt with being blamed for situations in her childhood that weren’t her fault. Once she is able to accept all this then she is able to free herself from the bed and finally be confident enough to go after the things she wants for her life.

I wish I could say that this is where my story with Lizzie’s continue to be similar, but I’m still a work in progress. I’m still fighting towards freeing that little girl from her bed and conquering the inner horrors that haunt my childhood. I have both my Janie and Fred there encouraging me in different ways and slowly conquering the different levels to bring me closer to achieving that inner freedom.

Even though this film was thought poorly by reviews, and didn’t perform so well in theaters it has certainly become a cult classic. A lot of my generation who grew up in the ’90s remember it and love it for its humor. I’m not afraid to say that I enjoy these aspects of it, but for me, this film will always held a deeper place in my heart.

Katie is a writer, cosplayer, crafts woman, and Barista. When she isn't talking about Chainmaille she is usually found discussing some television series, film, or how to properly make one's latte.