I’ve been a fan of the Higurashi: When They Cry anime for a while now. I first learned about it while seeking out some shorter horror series to watch (see also: Another, Deadman Wonderland, Shiki). My sister told me about it, describing it as a small-town horror story involving an ancient curse and lots of murder. While that is fairly accurate, it should be pointed out that the series actually strikes a balance of tones. And while that can sometimes come at the expense of the story (there are some creepy/ weird fan service bits in here that, as an adult, might make you feel weird watching it), the show uses that balance of tones to become something unique and fascinating.

Based off a series of visual novels of the same name, Higurashi: When They Cry follows that exploits of a group of friends in a small town called Hinemizawa. The town is tiny, with one school house consisting of about 15 students of varying ages, and Keichii Maebara has just moved there for reasons that are initially unclear. He makes friends quickly with his fellow classmates. There’s Mion Sonozaki, the leader of their group that sports green hair; Rena Ryuugu, who is obsessed with collecting adorable things; Satoko Hojo, a trickster and trap expert; and Rika Furude, an enigmatic little girl with strong ties to the town’s history.

The first episode establishes the personalities of each character well and sets up numerous mysteries that will unfold in the following episodes. And in the beginning, the show is rather funny in an adorable kind of way, but it isn’t long before Keichii learns some troubling facts about the town. Hinemizawa holds a “cotton drifting” festival every year, only for the past few, people have gone missing or turned up dead. Each one was tied to a dam construction effort that would have wiped the town off the map, forcing the relocation of its citizens, who are extremely reluctant even to entertain the idea.

While anime can often suffer from tonal clashes, here, the opposing tones complement each other. Each story arc starts innocently enough, with Keichii and co enjoying club activities and getting ready for the festival before something happens that kicks off a chain of events that always lead to disaster. Something that confuses new viewers (including me when I first watched it) is that each arc is only a handful of episodes and at the end of each one, someone is usually brutally killed in some way. Then the next episode starts, and everyone is back like nothing ever happened. 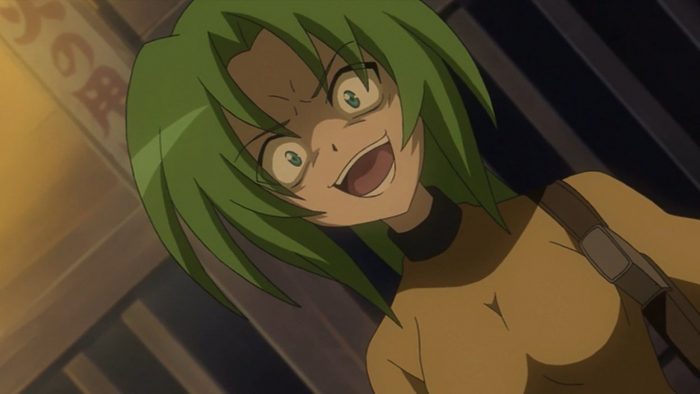 Like all of the many mysteries the show sets up, there’s a reason for this I won’t spoil. Suffice it to say, the show masterfully sets up many mysteries, teasing answers in a way that keeps you hooked. A lot of this has to do with the town’s lore. The townspeople believe in a thing called Oyashiro’s curse. It makes people act differently than usual, often making them paranoid and sometimes violent. Most blame Oyashiro’s curse on the mysterious deaths and disappearances that have been occurring at the Cotton Drifting festival each year; after all, those who have gone missing were people who would have brought about the end of Hinemizawa as they knew it.

Each arc focuses on a different character; their back story, their motivations, their reasons for wanting the things they want, and each one is psychologically disturbing and shows the characters at their breaking points. This show has a reputation for being endlessly violent, but the reality is more complicated than that. It’s really about mood, uncertainty, and the violence arises from all of that. Make no mistake, there are plenty of nasty moments in this first season, particularly in the penultimate arc, which sees one of the core group go off the deep end in a major way. But to say the show focuses on the violence and torture is a gross mistake. The spare use of violence makes it more impactful when it does occur.

The real feeling of the show can be gleaned from a scene about halfway through the first season. Rena is discussing Oyashiro’s curse with another character. She says she knows what it’s like. It’s like walking down the road and hearing footsteps that follow yours exactly. It’s the feeling of someone standing right behind you watching you, only for you to turn around and find no one there. It’s the feeling of someone standing out of sight in your bedroom at night, watching with ill intent just outside your field of vision. It’s the most effective scene in the series, and perfectly describes the mood the show is going for. 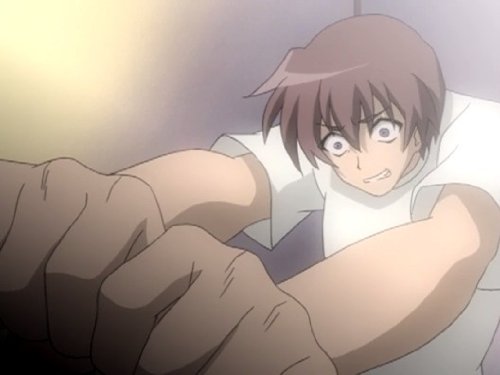 The show’s many mysteries are answered in a second season that, for what I believe to be legal reasons, never saw an official Western release. If you decide to watch the series, I’ll leave you to figure out a way to watch the second season. And it could be argued that not all of the answers are satisfying. The first season is so potent due to its various questions and the creepy, urban legend-y feeling you get from watching the characters fall into a pit of insanity and paranoia. While I liked seeing why everything was happening, I do think this first season is the stronger of the two. It balances a quirky slice of life comedy with genuinely likable characters with mystery and the genuine horror of paranoia and town tradition in a way where one complements the other. You’ll have to deal with the usual anime fan service elements, but at its core, Higurashi: When They Cry offers a compelling, unique mystery with great characters you come to care about. Like Twin Peaks, the mystery is foreboding and thick, and you may almost be better off savoring it than finding out the reason behind everything. Regardless, it should be on any horror fan’s watch list for its small-town despair and a great cast.

Higurashi: When They Cry is streaming on Hulu.