At 25YL, we love gaming, and moreover, we love The Legend of Zelda series. That’s why we’re going to cover the entire official Nintendo franchise, including the handheld games, every week. This week we look at Wii launch title (and Gamecube swan song), The Legend of Zelda: Twilight Princess.

Over the last few installments of the series, we have seen some The Legend of Zelda games that were released at a rapid-fire pace. From 2000 to 2004, we saw seven releases for the series. Two of them were major console releases, three were handheld releases, one was an “add-on,” and one was a re-release. However, after the release of The Minish Cap in 2004, things suddenly went silent. Fans of the mainline console releases were clamoring for new information after the lackluster release of 2002’s The Wind Waker. Then, Nintendo pulled a rabbit out of their hat in 2006, with the release of the fantastic game, The Legend Of Zelda: Twilight Princess.

This adventure was nothing short of masterful, and fans around the world were blown away almost instantly. The game has a little bit of everything; some of the best dungeons the series has ever seen, rich lore and backstory that added more than any other entry in the series to date, and deep gameplay that kept players engaged endlessly. The game was so amazing, that I even shed a few tears at the game’s conclusion, and very few games (or even movies for that matter) have made that happen. If Ocarina Of Time is the gold standard in The Legend of Zelda series, then Twilight Princess is an extremely close second. 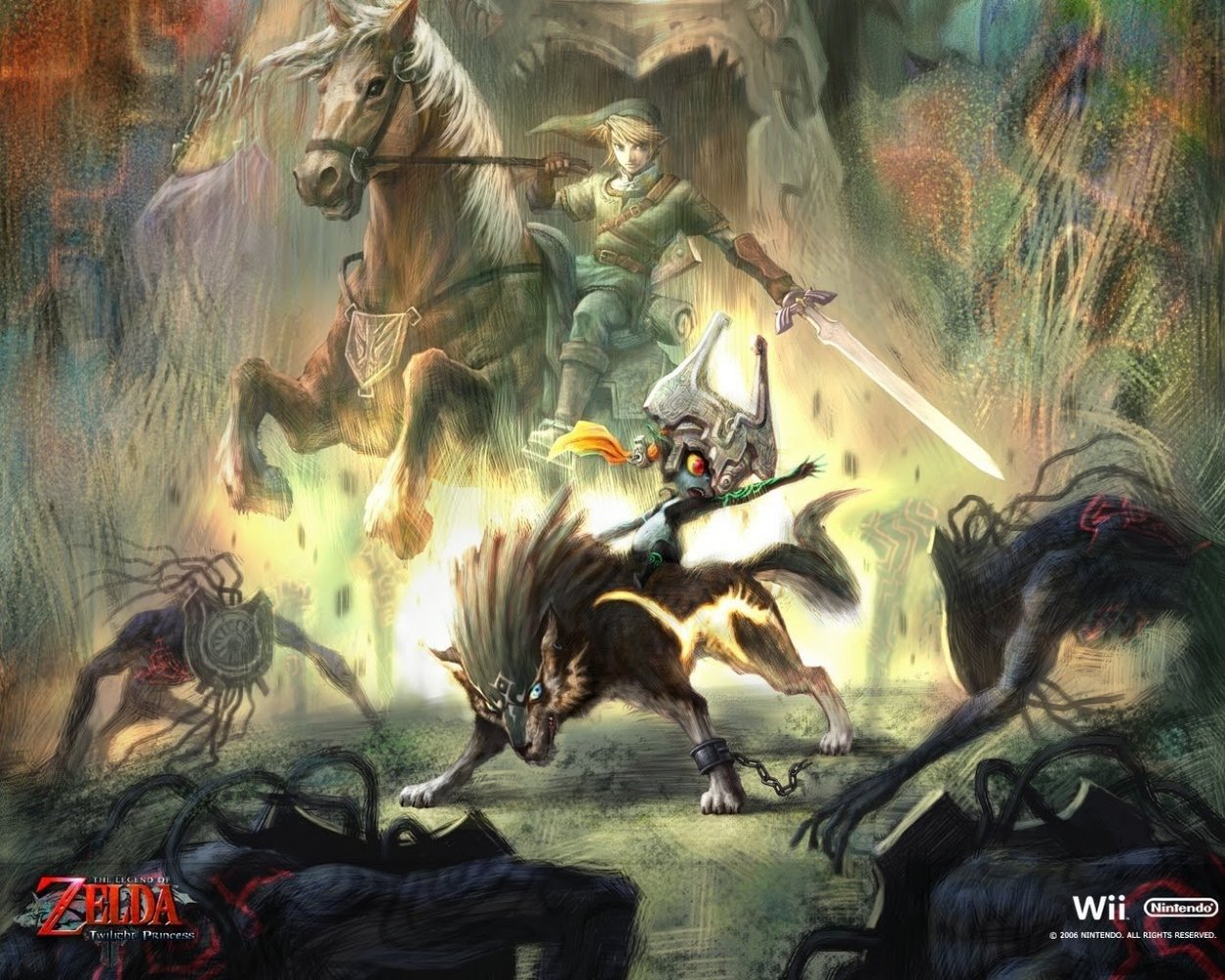 To understand how ready the video game world was for a game like this, allow me to set the stage. Previously, Nintendo was on a hot streak. Ocarina of Time forever changed how 3D video games were played, and the immediate sequel Majora’s Mask only added to what already was fantastic. When 2002 rolled around, the world was greeted by something entirely different as the next release, The Wind Waker, was a total 180-degree turn for the franchise. While the game is lauded today for a wonderful story and fun gameplay, the initial reception for the game was less than stellar. Fans of the gritty and “realistic” art style from the last two entries were suddenly thrust into a world of cel-shaded cartoons, and many didn’t know what to think about it.

A few years after the release of The Wind Waker, E3 2004 rolled around. According to some accounts of those in attendance, people were not expecting a whole lot from Nintendo that year. Wind Waker had released only two years prior, and The Minish Cap was already on the horizon. However, at the close of their E3 press conference, something magical happened. A very brief trailer was shown; Hyrule was in ruins, and Link was on Epona, riding into what seemed like the depths of hell! When the trailer was over, beloved developer Shigeru Miyamoto came out donning a sword and shield, to extreme applause as the crowd went wild. Very few details were given, but this was perhaps the most significant moment in E3’s history. Back in the early 2000s, E3 was largely still an event only for industry professionals and the press, it wasn’t anything like the spectacle it is today. This is perhaps the first major release that received an absolute explosion of screams and applause during the trailer itself. Needless to say, fans were ready for this game to happen.

Two years later, Twilight Princess released in November 2006 as a day one launch title for the Nintendo Wii, and a month later as the last first-party release on the GameCube. The game had been delayed a year in order for both versions to be made, but it was well worth the wait. Series Producer Eiji Aonuma and Nintendo legend Shigeru Miyamoto had created something absolutely incredible. 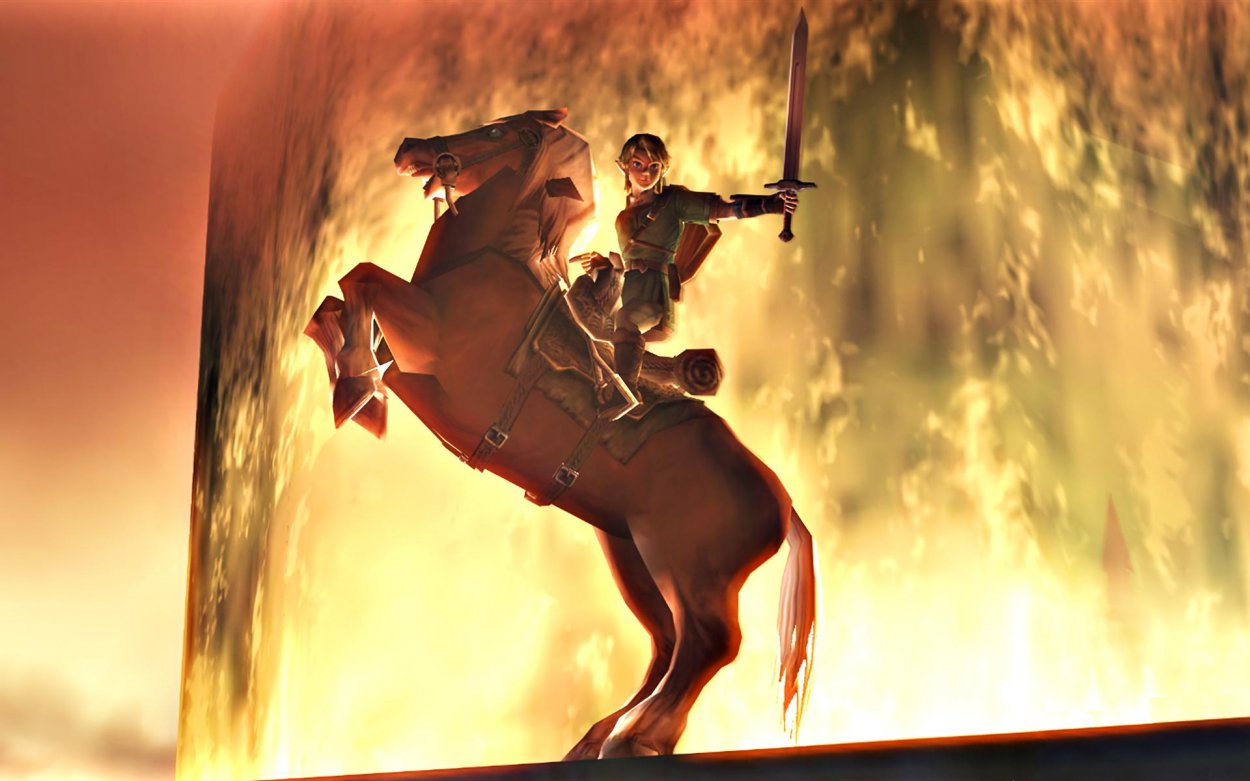 Twilight Princess was an adventure unlike any people had seen before. It is the story of Hyrule being overrun by the people of the Twilight Realm, known as the Twili. Link meets an outcast Twili known as Midna, and the two set off together to save Hyrule and cast out the evil surrounding it. Along the way, Link will transform into a wolf, save a mountain from destruction, unfreeze Zora’s domain, and repair a very special mirror.

Not only is the story different and unique, but the gameplay was also leaps and bounds ahead of any expectations people had. Suddenly, players had Link not only riding Epona anywhere they wanted, but were also swinging the Master Sword off firing off arrows as well. For the first time, we had a whole overworld to explore and discover. An open-world such as this was pretty amazing for its time.

The game starts you in the far off woodland community of Ordon Village. Much like Ocarina of Time, the inciting incident happens rather quickly, thrusting you out into the big, wide world only an hour or so into the game. Soon after, you are introduced to Midna, who is your “Navi-like” companion for the game. In the span of an hour, you are transformed into a wolf, subsequently thrown in prison, meet Midna, find Zelda, and the story kicks off in earnest.

The wolf mechanic of Twilight Princess is a topic of much debate. To put it simply, some love it and some hate it. Personally, I thought it was a welcome and interesting part of the game. The bulk of the gameplay as a wolf is very much like the first half of Ocarina of Time. As a wolf, Link has to explore three different areas to expel the Twilight. Once done, he then can find the piece of the “Twilight Helm” that Link and Midna are looking for. Once this half of the game is complete, much of Wolf-Link’s mechanics are not needed, but you have the ability to bring him out at will after a certain point. Some people think this part of the game is tedious and unnecessary, but as I said before, I welcomed it. It was interesting to have to approach the game without a sword and shield, and with different bodily mechanics. 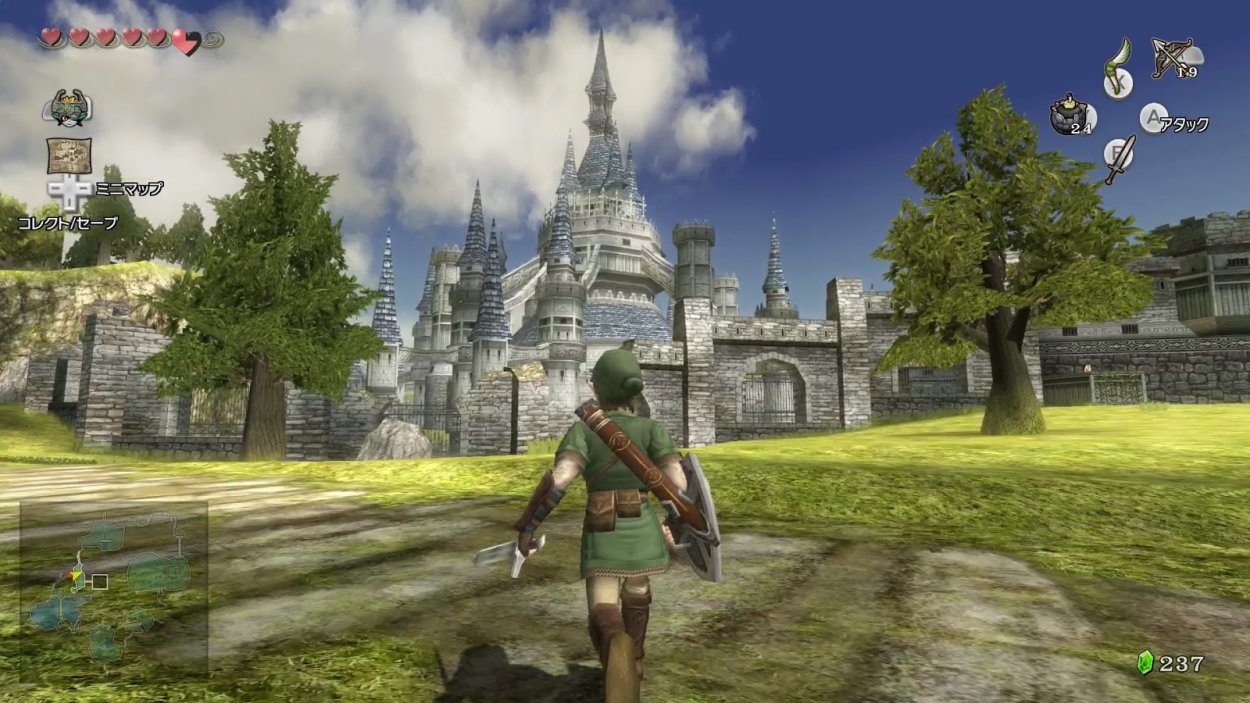 The bulk of the gameplay is exactly what you expect from Nintendo; polished and excellent. In the initial Wii version of the game, players had to swing their Wiimote like a sword for Link to swing the master sword. Additionally, players used motion controls to fire arrows, catch fish, and many other things that added to the immersion of the game. Say what you will about motion controls now, but at the time of release, these controls were the best thing since sliced bread.

The dungeons in the game are quite possibly some of the best I have ever seen. The puzzle makers in The Legend of Zelda series have always pumped out incredible dungeons, but these really are something else. The formula stayed the same; travel the world until you get to the next major area, find the dungeon, explore the dungeon until you find a new weapon, beat the final boss, and move on. However, the innovation and creativity put into these dungeons made it way more than just going through the motions. Sure, at some points there is tediousness and at other points, it’s too easy, but I cannot help but think back to my very first playthrough. I was in awe of the detail that went into each dungeon, shocked at every little Easter egg that was included, and pulling my hair out at how difficult the water dungeon was (as per usual). They truly have to be experienced to be appreciated. 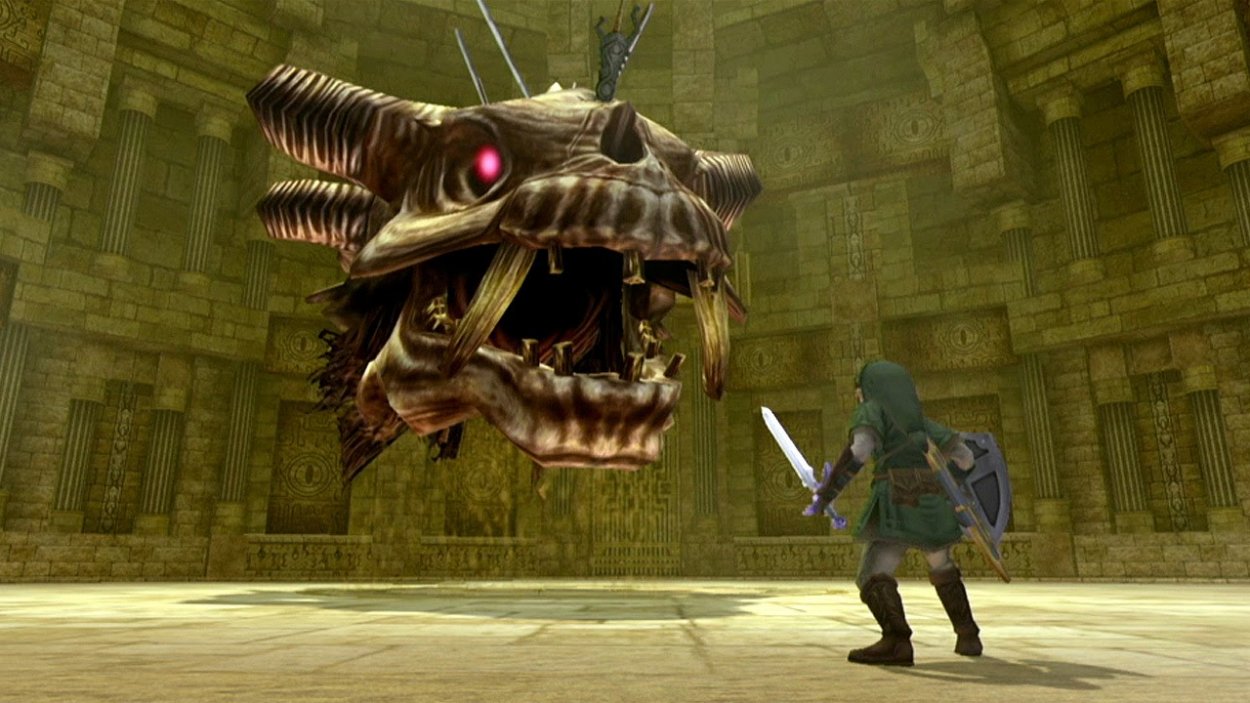 And lastly, like I said at the beginning, this game is one of the very few in my life that made me cry. I was sad because the game was over, but I also shed tears due to how beautiful the ending was and how it tied the whole game together. The story throughout the game tells the harrowing, and quite frankly depressing, story of how Hyrule was swallowed up by the Twilight, and what Link does to get everything back to their rightful state. Seeing how Zelda handles the situation and encourages Link is nothing short of heartbreaking. Moreover, the close of the story and the payoff for Midna is the real tearjerker of the game. To put it another way, it takes the best parts of both Ocarina of Time’s and Majora’s Masks’s stories and wraps it up into one big plot that grips you from start to finish.

Twilight Princess is a must-play for any self-respecting The Legend of Zelda fan. I have poured many hours into this game with replay after replay, just because it is so damn fun. It has everything a Zelda game could possibly need and executes it to such flawless levels. To be blunt, it is quite possibly the best Zelda game (or at least should be considered in the top 3). It is hard to find very many faults with this game because I am able to either overlook them or simply avoid them. Nintendo really knocked it out of the park with this one, and I always hoped this entry would be lucky enough to get a direct sequel. The game did get an HD release for the much-maligned WiiU, but we all know a true sequel is what’s necessary. Maybe one day, once all the dust settles from Breath of the Wild 2.