As we start on our journey across the films released 25 years ago in 1995, one film immediately stands out to me as truly special: Apollo 13. This film is one of the earliest I remember watching with my family, one that really got me interested in movies as well as space exploration. On the surface, Apollo 13 is just another human-issue quasi-biopic about real-life events. However, this one just so happens to be one of the best movies based on actual events that I have ever seen. I would even go so far as to say that Apollo 13 set the stage for future true-events films for the next decade and really showed just how good these reenactments can be. And at the end of the day, the story of the Apollo 13 crew is a triumph of human ingenuity anyway; how could it not be an incredible movie?

For those who do not know the story of Apollo 13, allow me to briefly fill you in. Throughout the 1960s and 1970s, NASA was working on sending people to land on the moon through the Apollo program. The first successful mission to do so was Apollo 11 in 1969. After another successful landing with the Apollo 12 mission, 1970’s Apollo 13 was up to bat. It was set to be a routine mission, much like the last two, and land two men on the moon. However, during their trip to the moon, disaster struck. An onboard explosion of an oxygen tank caused all sorts of problems for the crew, causing them to abort the mission and get home as soon as possible. Against all odds, the crew did return safely, but it was not easy. The whole story is so suspenseful and awe-inspiring, it’s surprising it took 25 years to get shown on the big screen. Luckily, it finally did come to theaters, and it is an amazing ride. 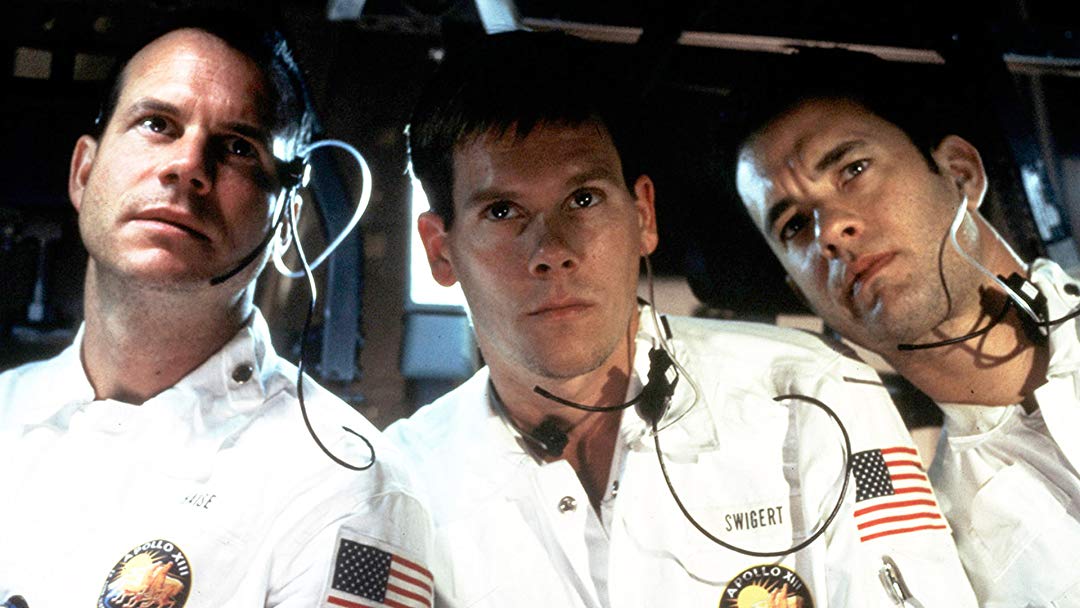 Apollo 13 was directed by the great director Ron Howard. Having already proved himself with his previous films, Splash, Cocoon, and Backdraft, Howard was prepared to take on the “docudrama” that is the story of Apollo 13. He made sure to get top-tier talent for the film as well. The movie boasts Tom Hanks, Kevin Bacon, and Bill Paxton as the flight crew, with Ed Harris and Gary Sinise as supporting members on the ground. These great actors take the film to great heights (so to speak) with their awesome performances. Put together with Howard’s eloquent storytelling, Apollo 13 is a near-perfect reimagining of the Apollo 13 mission.

One can’t help but compare the movie to the docudramas that came before it. Spielberg delivered the fantastic Schindler’s List only two years earlier, Goodfellas gave us gangster magic in 1990, and we had a previous space adventure in the previous decade with 1983’s The Right Stuff. Each of these films did amazing things in their own right, but it is hard to really say that they were perfect. Schindler’s List is incredible in an entirely different way from Apollo 13. What Spielberg did in that movie, the gray color scale, the somber and morose ambiance, the setting and form of storytelling, all would not have worked with Apollo 13. Granted, this may be due to the obvious differences in the subject matter (the Holocaust vs. space flight), but the point still stands. Apollo 13 was able to tell its story with enough creativity and style that it does not feel like a documentary, nor does it feel like a fake story. 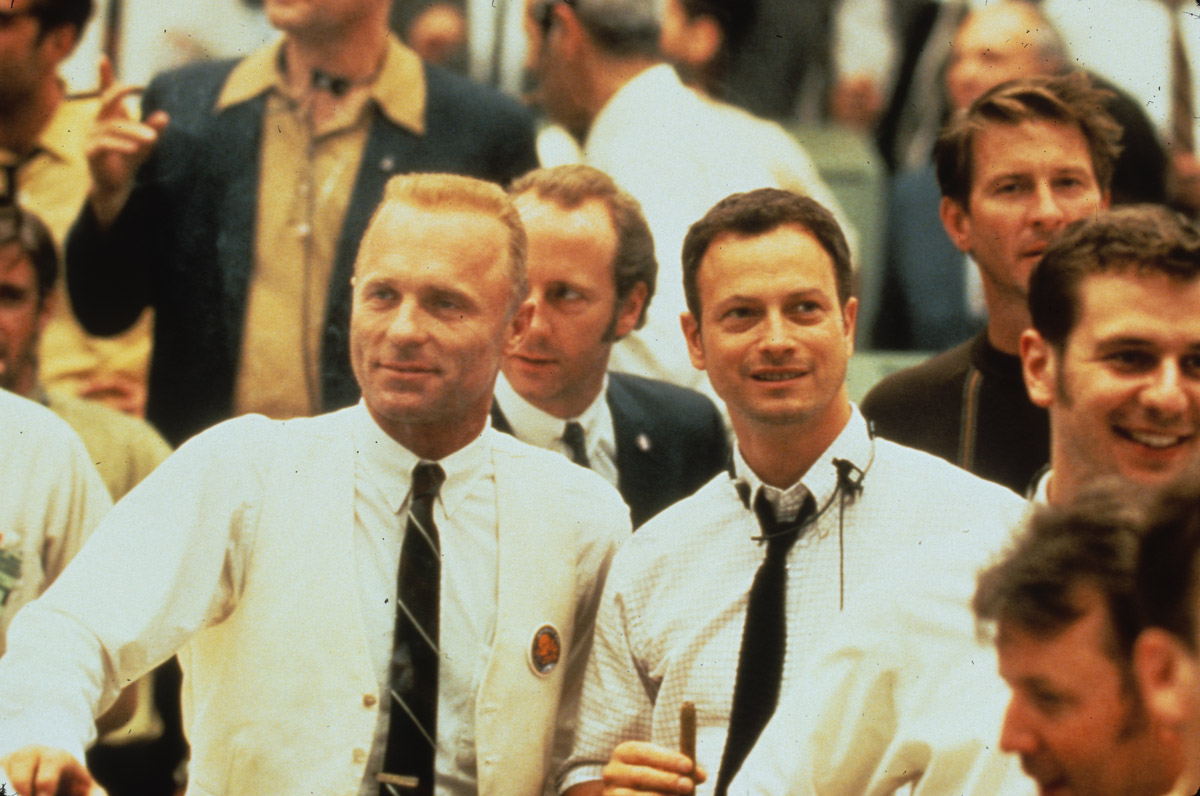 What really gave this film an extra push was its sense of realism. While it is already difficult to act most of the movie in a tiny space module, the three main actors also had to replicate weightlessness for the entirety of the scenes in space. The capsule that they used for the film was a recreation from a special effects workshop, and it looks nearly identical to the actual capsule used in 1970. What was more difficult, however, was getting the look of weightlessness. In the past, what filmmakers have done is use rigs with harnesses to have the actors suspended in midair. While that may have worked, Howard decided it would both be easier and look better with actual weightlessness. So what they did was a series of flights with NASA’s airplane that is capable of parabolic flight. By doing so, the actors could experience true weightlessness over and over again, enough times to actually have the scenes they needed for the film.

The other thing that Apollo 13 does right that I think other docudramas sometimes get wrong is how the story is told. For example, let’s look at the two other famous space docudramas, 1983’s The Right Stuff and 2018’s First Man. Both of these movies are good at doing a great number of things, but they both suffer the same basic flaw. To me, they feel just a bit too much like an actual documentary. When trying to recreate a story based on actual events, films have to toe the line between simply retelling what occurred and dramatizing the story to an extent that makes it seem unbelievable. I tend to think this is much easier said than done. As a matter of fact, The Right Stuff felt so much like a documentary to me I used to think it was one until recently! First Man tells a wonderful story, but it feels so one-sided that it feels more like a cross between biopic and documentary than drama and documentary. Apollo 13 pulls off that tightrope walk between the two styles magnificently, and it shows. 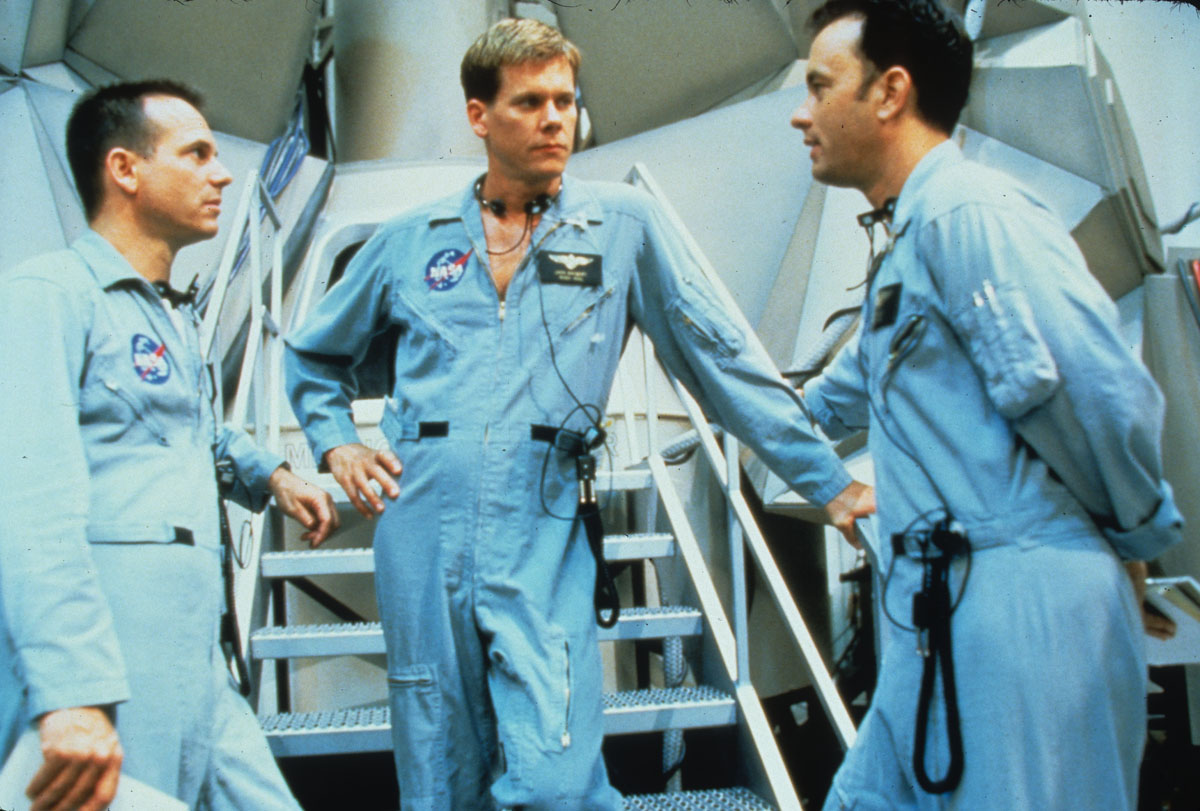 The last thing that Apollo 13 did perfectly might only be a personal matter, but I feel like it applies to more people than just me. The first time I saw the movie was around the time I was 10 years old. I was very much young and impressionable, and I was learning about a lot of things for the first time. Seeing this disaster and subsequent success story take place on screen blew my young mind, and I was astounded. Right away, I wanted to know so much more about NASA, space flight, and what really went on during those few days in space. And while I did not know it at the time, Apollo 13 is also one of the first films that piqued my interest in filmmaking. If it was not for this film, I may not be where I am today.

Apollo 13 is a prime example of what a “based on a true story” film should be like. It let people relive one of the scariest and greatest moments in American history. And much like myself, the movie got so many people interested in the space program all over again. There are not many films out there with such dramatic and cinematographic impact, but Apollo 13 is one of them. And 25 years after its release, the film still holds up wonderfully. Be sure to give it a watch if you have not seen it yet!