It would have been early 2018 when my brothers and I started playing the “creepy sh*t game” via our smartphones. The idea was that we would find the most bizarre material that YouTube or Reddit had to offer and then send to each other in a game of one-upmanship in order to creep each other out. So after sampling such sleep destroying delights as Don’t Hug Me I’m Scared, Tara the Android and Obey the Walrus, in my quest to find something weird, I inevitably was led to YouTube sensation Poppy.

Poppy was kind of an enigma in those early years of the decade we just left. In 2014 her videos directed by artist Titanic Sinclair started to appear on YouTube. They would show Poppy doing such things as eating cotton candy, saying her name over and over for ten minutes or loading a gun. All while maintaining this sense that she was perhaps not real, some kind of android, or had some sort of eating disorder. The videos kept people guessing for a while. Nobody knew who she was or what she was trying to do as she told us “she was thinking about outer space” etc., and the videos became like some disturbing brainwashing exercise you couldn’t turn away from. Half of YouTube thought she was being held hostage by some kind of cult, and the other half smelled a rat. The video views ran into the millions, and a cult was born.

Eventually, it turned out that these early videos were perhaps the best marketing plan in history because Poppy had signed a record deal and started to release singles via the usual outlets for modern music—the streaming places us oldies lament because we love our physical media. In 2016 Poppy released the single “Lowlife” which was a catchy pop/reggae tune that sounded similar to Gwen Stefani, and then this led to a full album called Poppy.Computer which also has such delights as “Computer Boy” and “Interweb.” Although this is all largely disposable pop, it was clear that many of the themes of her weird videos were making their way into her lyrics. 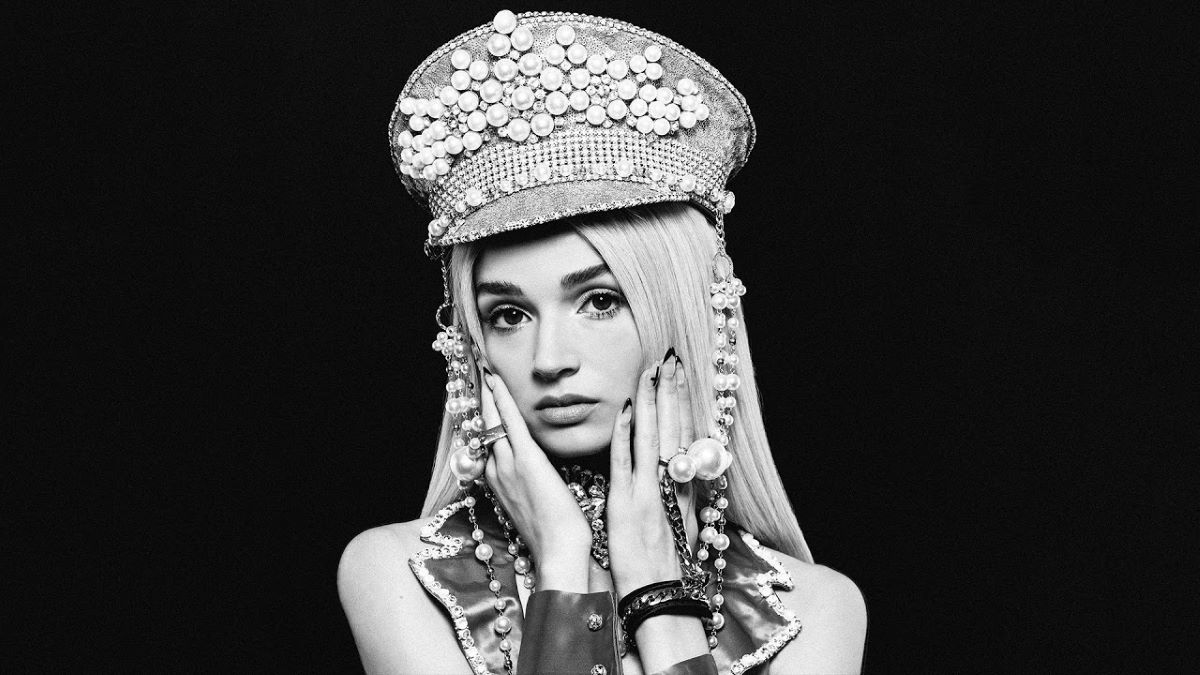 Follow up album Am I a Girl? came along in 2018 and was much better, both lyrically and sonically. “Time is Up” and the Grimes collaboration “Play Destroy” being the standouts, along with “X” which gave a good indication of what musical direction Poppy was heading in next. The latest release I Disagree is something of a shock in that it goes beyond the gimmicky nature of Poppy as a concept and becomes something that is actually worth listening to—several times, in a row—because due to recent events in Poppy world, it suddenly has a whole load of weight behind it.

We open with the track “Concrete” which sets the thrash metal/dance mashup template for 80% of the album, before becoming more familiar to the last album and then asking to be “turned into a street” maybe to not feel anything or live in a straight line. The title track from the album I Disagree is sung partly in a foreign language, before lyrically disagreeing with the world, its pressure and things being tragic. Then sweetly wanting everything to all burn down to the ground, and that leading to a sense of safety. This is between nu-metal and trip-hop beats which switch and mix with great abandon. The final minute laments a world view not shared by the masses in our crazy world. By the end of this track, it is clear that you need to expect the unexpected, and things are going to get cray-cray.

The track “Bloodmoney” asks us “what do you believe when nobody is watching?” Angrily shouting the refrain “Keep telling yourself that you’ve been playing nice and go back for forgiveness from Jesus to Christ!” all to dubstep beats and scratches, and then the lyrics conclude with having your soul sucked out and sins being ignored. It seems to be aimed at someone and is clearly about mental manipulation. It is catchy as hell and frankly awesome and a further indication that Poppy knows how to earworm. The next track “Anything Like Me” is all about flaky identity and feeling like someone else. Its constant hypnotic beat leads to a tale of abusive relationships with blasts of crunchy guitar. “You shouldn’t be anything like me” is maybe a chant to obsessive fandom. Jealousy, persecution, all come under the microscope to an epic Jim Martin style guitar solo. It’s then back to the sweetness of the opening lines, choral harmonies, a moving dreamlike melody, calm guitar, and is moving as hell before the death and mayhem returns in the final seconds.

The recent single “Fill the Crown” starts like a clubbing tune, reminiscent of Madonna when she teamed up with William Orbit. Then it suddenly changes, with what sounds like Marilyn Manson talking about poisoning the children on the backbeat. Is this a lament for what is currently popular? It concerns identity being lost and the resulting freedom and sounds empowering like a great deal of the songs here. Like a lot of tracks, this often breaks out into pure bliss and hope, before all the doom in the closing moments. “Sit / Stay” sounds like mid-’90s The Prodigy at the start or possibly Josh Wink, and then breaks into a metal riff which sounds like iron being bent in the studio and frustrated, panicked lyrics. Then silence, and a beat and words played backwards. The lyric “Godspeed to the radio star, stop the beat when they take it too far” could be about the very strange notions of fame in the world right now? It is one of the stand out tracks on the album “Don’t go blind from the stars in your eyes, welcome to the new starting line” is the line before it ends on what sounds like a remix of a Bond theme descending into hell. 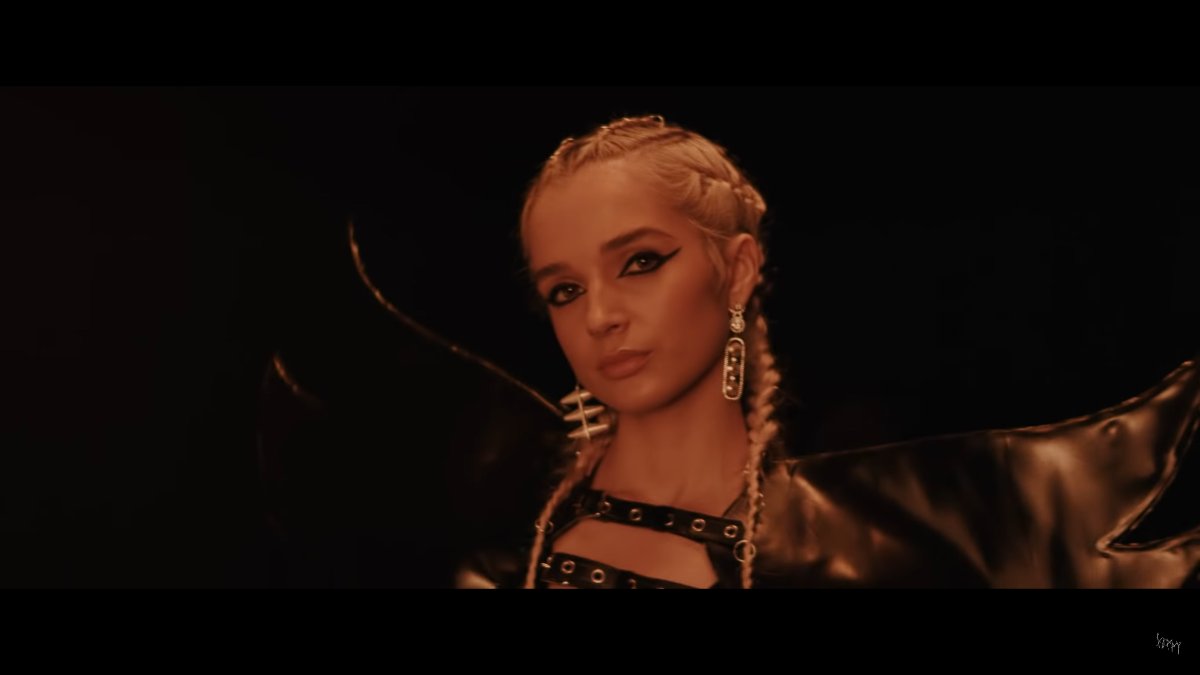 The weakest track on the album is “Bite your Teeth”, a thrash metal Pantera style jam, determined and talking about not crying and just biting down and carrying on. It has screams, twinkly chiming, then the constant crunch of thrash guitar. It then stops and tells us – “Creeps are creeping, teeth are sinking into my teeth” – and goes back to thrash before bordering on self-indulgence towards the end.

We get back on more familiar ground with three tracks, “Nothing I Need” has a familiar calm start with regards to being in a bad place, and then being okay, and the toxic persons power ebbing away over you. Then a futile talk about someone always being better and being rewarded for taking part. For 2.5 minutes it remains consistent, its a sad one, but it remains in one place for its duration. “Sick of the Sun” could possibly be the best track on the album, and it’s going to be remixed and will be huge in summer 2020. It’s like Hole during the Celebrity Skin era or Best Coast’s “California Nights” with a more traditional slow beat, all about trying to find an escape from one’s sadness and of course the heat.

Continuing straight after at nearly six minutes long, the final track “Don’t Go Outside” might be the one to break out. It is mainly an acoustic guitar track all about staying in and closing your eyes and hiding from the world. It picks up with breakbeats, but the calm sense remains while being horrified of the world presented on the news. It builds and builds with harmonies being added, and the guitar kicks in at the 2.30 mark, and it then becomes like some kind of prog-rock track from a rock opera that only exists in Poppy’s head. Maybe this is closing on a message that everything will be okay? And then we are back with the refrain from the start of “burning it all down to the ground” as well as lyrics from “Fill the Crown”—it was at this point that I fell in love with this album.

Modern fame is split into two tiers. We have the more traditional sense of fame where we all know famous actors, TV stars and pop stars from our youth and the days of physical media. In a sense, in the middle of this are the reality stars from junk TV of the past decade or so. There is now another tier, and it’s becoming more and more difficult to ignore for everyone. This is the tier of social media stars and YouTube celebrities who have made millions. Its perhaps inevitable that musical talent would be born from this field, and it would be silly for us to dismiss this as more millennials in their bubble. Poppy is almost like the poster child for this new tier of fame, she was practically born online and the mystery that surrounds her only adds to the allure.

On December 28th 2019, Poppy made a social media statement about splitting from long-time director Titanic Sinclair, who was apparently also a romantic partner. There have been claims of mental manipulation that a former partner brought to light during a protracted court case. I Disagree is very much a breakup album, and the sound of someone maybe no longer caring about fame and leaving an abusive relationship. For all we know this could well just be the latest ruse in the long term art project that is designed to give the album context. Poppy still plays the mystery game in person, maintaining the enigma, and thus building her cult. Poppy said the album is about disagreeing with a lot of things and the current climate of the world that the world needs to hear. I would say you need to hear as it’s a journey that takes so many left turns that it leaves you dizzy. More importantly, when I was 17 (the year Poppy was born), this is what I imagined pop music in the future would sound like.

Whatever happens with Poppy next, it is clear it will be unpredictable and a surprise. It has been rare that anyone under 30 has made me excited about music again, and that is shortsighted on my part. I Disagree is an excellent piece of work and is a sign that Poppy should not be dismissed as another YouTuber with ideas above their station.