If you are someone who likes their musical episodes to open with one of the principal cast members smoking a bong, then Fringe’s “Brown Betty” is the musical episode for you. As with all things Fringe, you can expect the musical episode of this show to be a little out there, in the best way possible. The episode is, admittedly, pretty light on the singing, but like with any good musical, our cast lets their voices swell with song at all of the titular emotional peaks.

“Brown Betty,” named after the drug concoction Walter Bishop (John Noble) creates and then smokes at the beginning of the hour, is the 20th episode of Fringe’s second season and comes after a massive turning point in the show and its mythology. To set the scene: Walter’s son Peter (Joshua Jackson) just discovered that he was kidnapped by Walter from an alternate universe after Walter’s version of Peter tragically died from an illness as a young child. Peter, understandably upset to learn that the man he believed to be his father actually is just a version of another father (and family) he was ripped away from, angrily confronts Walter and then disappears without a trace. We join Walter, and other lead characters Olivia Dunham (Anna Torv) and Astrid Farnsworth (Jasika Nicole), at the beginning of this episode as they begin their search for Peter. 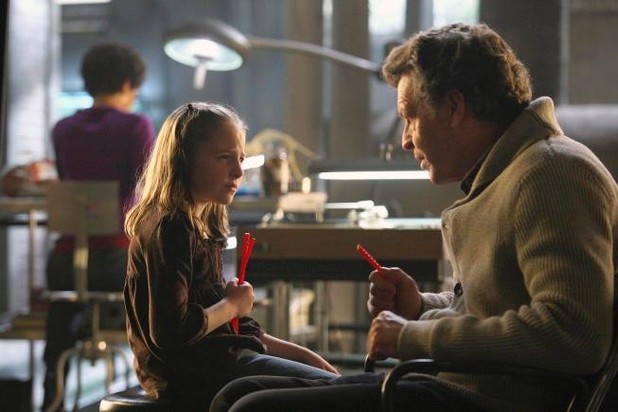 Throwing a slight wrench into their search plans, Olivia is tasked with babysitting her niece Ella for the weekend while her sister is away. In order to run down a lead on Peter, Olivia leaves Ella in the lab with Walter and Astrid, with Walter deciding to pass the time by telling Ella a story. The episode will then flip back and forth between a visual imagining of Walter’s story, starring the usual cast of characters, and the lab where the story is being told.

Walter’s fictional story, told as a technologically-advanced 1920s gumshoe mystery, echoes the real life tragedies and consequences that Walter and the team are facing in their real lives and can be summed up as such: Olivia Dunham, P.I., is embroiled in the mystery of a missing glass heart, a heart stolen from Walter Bishop by Peter Bishop that can, in the end, only be used to keep one of the men alive. But, as Walter constantly reminds Ella throughout the episode, all is not as it seems in this story and we follow Dunham through twists and turns involving love, murder, and, as always, Massive Dynamic. 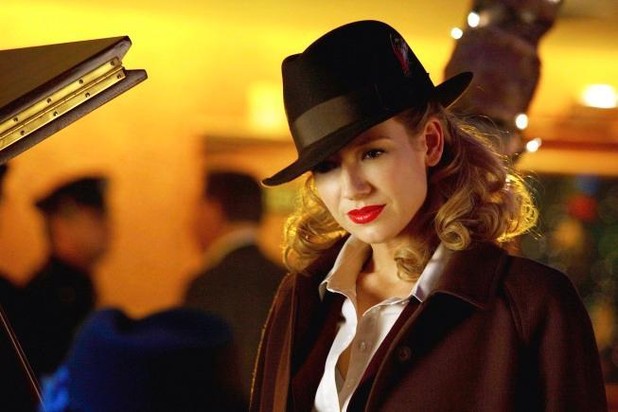 It is hard to speak about this episode as a musical, as it features only five songs, with only one of those songs being longer than a brief 15-second snippet. Although the songs aren’t used to tell the story but more as a story-enhancer, they come at all of the right times; whether it is Walter’s newest invention, The Singing Corpses, comedically singing “The Candy Man” or Olivia’s rendition of “For Once In My Life,” sung to a seemingly-dead Peter, the musical moments hit all the right beats and reinforce the emotional weight of the episode.

Even if it isn’t considered by some as a musical episode given the genre’s usual definition, the music plays a huge role in making “Brown Betty” a fan favorite and one of my most beloved and highest rated episodes of Fringe. The episode is at once a beautiful, heartwarming, painful and real look into the psyche of Walter Bishop at one of the lowest points in his life. Although during the episode, we see the characters of Walter’s story singing their respective songs, we know that Walter is singing these songs himself as part of his storytelling and thus these songs give us another layer of understanding into his pain. The songs start out short and goofy, but as the story deepens so does the music, with the songs getting longer and their delivery having less and less of Walter’s upbeat charm. By the end, Walter’s final reprise of “The Candy Man” is dark and sombre and reflects how Walter perceives himself in his own mind and through the eyes of others.

Walter is the villain of his own story, a selfish man who believes torturing a few is necessary for the benefit of many, and who would risk the life of his own son to save himself. The insight and self-reflection Walter shows in this episode is pretty monumental, as much of the show up until this point has been focused around the fact that Walter doesn’t truly understand the lasting repercussions of his horrific actions (experimenting on children, for a start). “Brown Betty,” however, shows that Walter has grown. Even though he may not want to admit it out loud in his real life, Walter expresses through storytelling and through song that he may be starting to realize the errors of his ways and the consequences that he himself will now have to live with. 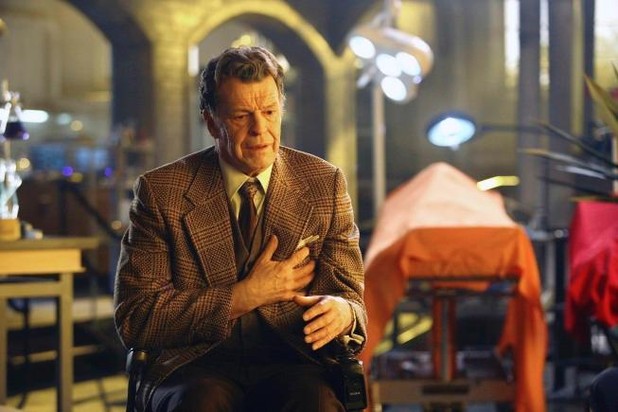 The innocence of childhood, once something Walter preyed on, ends up saving him and his story, with Ella interjecting that Walter’s ending isn’t satisfying. Instead of Olivia and Peter taking the heart and leaving Walter to die alone in his lab, Ella has Peter break the heart in two, allowing both men to survive through the power of forgiveness and live happily ever after. Featuring a strong performance (as always) by John Noble and a chance for Fringe fans to see our beloved characters romp around in some wonderful period costumes and sets, “Brown Betty” is an absolute delight and encompasses the power of music, not just in its use of song but in the way it sensorially affects the emotions and gives us a glimpse into the psyche of a complicated leading man.