The next chapter in our Mario series holds a very special place in my heart, as it is a game that was both the first game I ever paid any serious attention to, and the game that took me the longest time to beat. I also happen to share a birthday with this game, which makes it feel like I share a special attachment with it. This game was a revolution in the gaming industry, and it brought what we play to a whole new level that people did not think was possible. I, of course, am talking about the masterpiece that is Super Mario 64. This game ushered in the era of 3D gaming, a place that gamers never thought they would go. It is one of the few games that still holds up to current standards after so many years. Super Mario 64 also has a well-deserved perfect rating and is often regarded as one of the best video games ever created, from many different gaming news outlets. So after that lofty introduction, let’s dive in and explore just what makes Super Mario 64 so incredible.

In order to understand Super Mario 64, we need to travel back in time to over two decades ago, the mid-1990’s. Acclaimed game developer Shigeru Miyamoto originally had the concept for the game around five years before it released, back when the original Star Fox was being developed for the Super Nintendo Entertainment System (SNES). Proper development of Super Mario 64 took about three years, and Nintendo knew from the start that they wanted it to be the game that broke all the barriers. With the Nintendo 64 on the horizon, developers worked tirelessly to get the game finished in time. 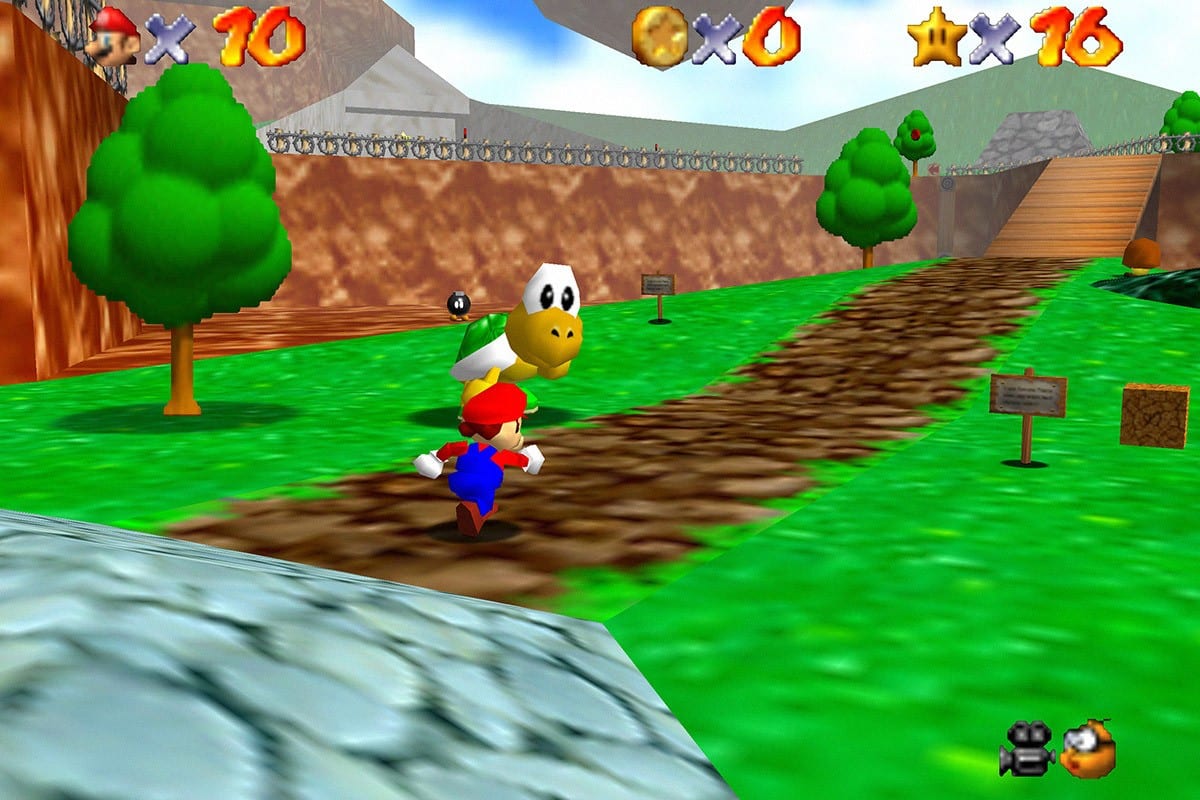 Super Mario 64 was released on June 23rd, 1996 in Japan and months later around the world. It was not considered a launch title for the Nintendo 64, as the console had released in April of 1996. However, Super Mario 64 was very much the “system-seller” during 1996 and 1997, quickly becoming one of the bestselling games at the time. Fans around the world lauded Nintendo for taking such bold and innovative steps when creating the game. For many, it was the first foray into true three-dimensional gaming, and while it may not look like it now, the game was a groundbreaking visual achievement for its time.

Super Mario 64 is a quasi-open world game. It has one main hub “over-world,” with fifteen main courses and nine hidden courses in which to explore and conquer. The main hub is Peach’s Castle, and the obstacle courses are reached by jumping into various paintings located in and around the castle. The main objective is for Mario to conquer the six levels in each obstacle course, gaining one of 120 total power stars each time. Every time the player reaches a certain level of power stars, they unlock a new area of the castle to explore and a new obstacle course to run through. After enough power stars are earned, the player can challenge the evil boss, none other than Bowser himself. After besting the beast, the princess is saved, and Mario and Peach live happily ever after.

While by today’s standards Super Mario 64 may seem a bit light in terms of gameplay and variety, back in the late ’90s and early 2000s, this game was the best possible thing anyone had ever seen or played before. For me, Super Mario 64 is the very first game that I can ever remember playing. Because I was born in 1996, I cannot recall when I first got a Nintendo 64 and Super Mario to go with it; all I know is that it was always there with me. 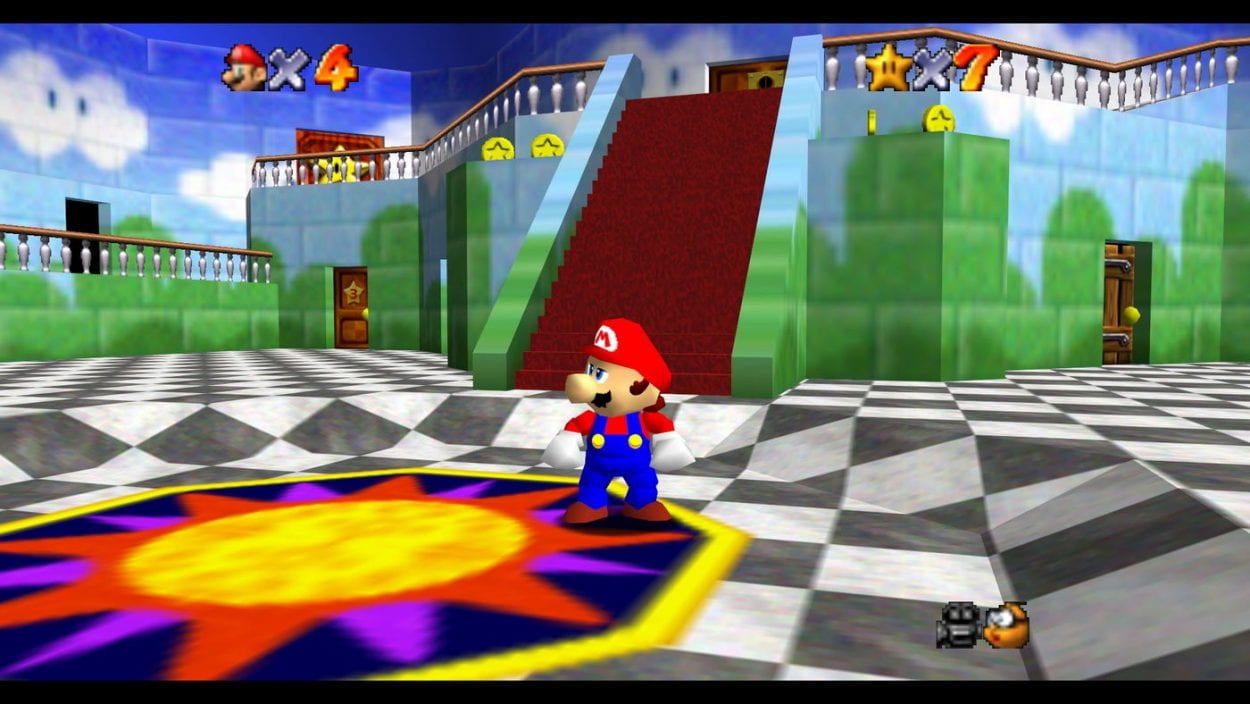 A few years later when I was able to actually play video games in earnest, I remember going back to my then slightly-older Nintendo 64 and starting up a new run of the game. However, such is with everything in life, I eventually put the game down for one reason or another; I got stuck, my young mind got bored, or another game called my attention to it. In any case, over a decade later when I was roughly 15 years old, I suddenly had the urge to play the game again. I found that my last save was still sitting on the cartridge waiting for me. I continued where I had left off, replayed a few levels to reminisce and re-learn a few things, and before I knew it I had finally beaten Super Mario 64, for the first time ever. It had taken me over a decade to do so, but I felt an immense sense of accomplishment nonetheless.

Super Mario 64 has perhaps some of the most exquisite levels of any video game I have ever played in my life. They are so inventive, so innovative, so down-right fun to play that it is near impossible to look at the game with any sort of malice. Shigeru Miyamoto and his crew at Nintendo put together a beautiful story line, fool-proof controls, and incredible levels to plow through. 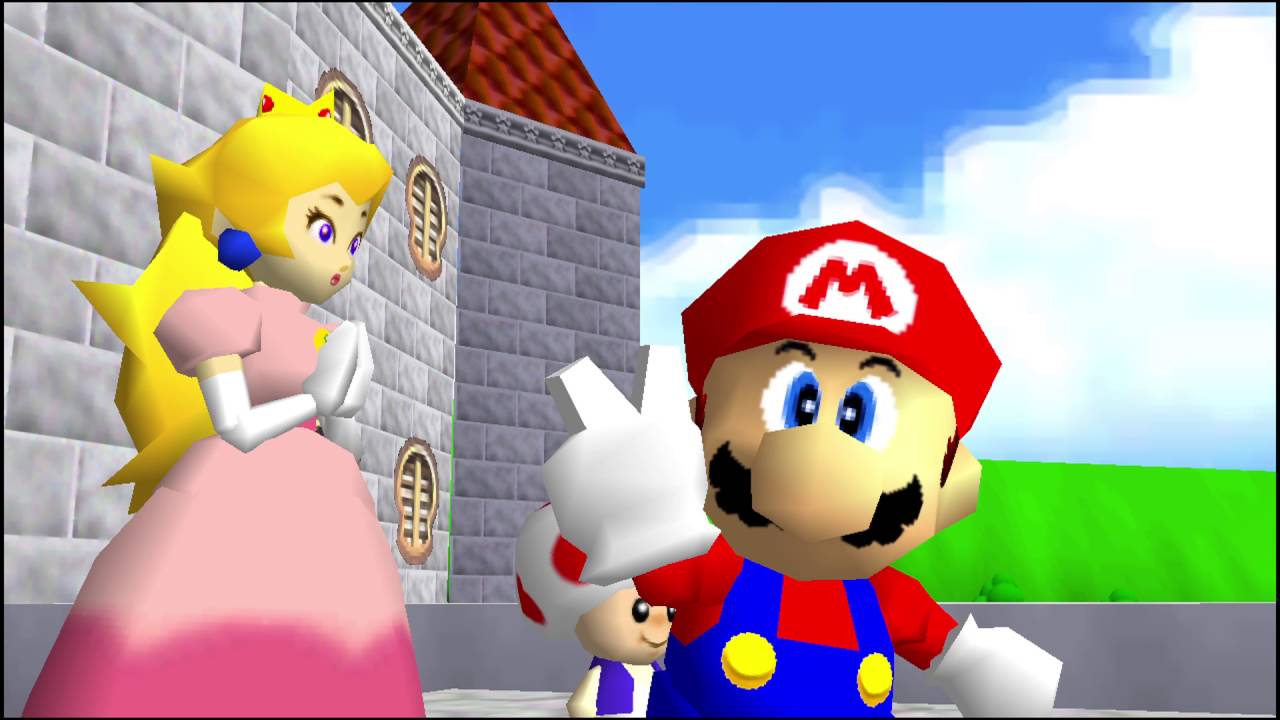 While traversing the iconic opening level, the first thing you hear is the familiar Super Mario theme song. Right away you know you are in for something you have never played before. The game holds your hand, but only for a little bit. Instead of force-feeding you directions and rules, the game forces the player to explore and discover for themselves just exactly what they are supposed to do. The game had a simple enough goal; reach the end of the map, receive a power star. However, getting to that goal required the player to go through so many different obstacles, many of which had never been thought of before by players. At its core, Super Mario 64 is no different than any previous Super Mario game, but it’s the fact that this game was an absolute revolution that made so many people adore it.

The game also created many of the series’ mainstays that can still be seen to this day. Super Mario 64 introduced players to Mario’s many hats, which could give him the abilities of flight, invisibility, and metal. We were able to see new iterations of longstanding enemies such as Goombas, Bullet Bills, and Chain Chomps, whose designs endure to this day. Super Mario 64 introduced the concept of the hub-world. It may seem so simple and obvious now, but having a central location to branch off from made Super Mario 64 open-ended and allowed the series to explore a limitless amount of new ideas.

This article may not entirely be needed, as so many people around the world have at the very least experienced just a tiny bit of Super Mario 64, either through the game itself or through numerous re-releases and countless knockoffs, as well as other famous games that took ideas from Super Mario 64. To say the game completely upended what an open-world platforming game is an understatement. The game single-handedly brought gamers into the third dimension. Without Super Mario 64, there is a very real chance that not only is Nintendo a totally different company than what they are today, but gaming as a whole could be a very different industry. Super Mario 64 is one of the few games ever released that deserves to be called an utter masterpiece, and one of the best games of all time. If that is not enough to get you to explore the game, I am not sure how else I could convince you.